Home » What Is A Bitcoin Wallet? 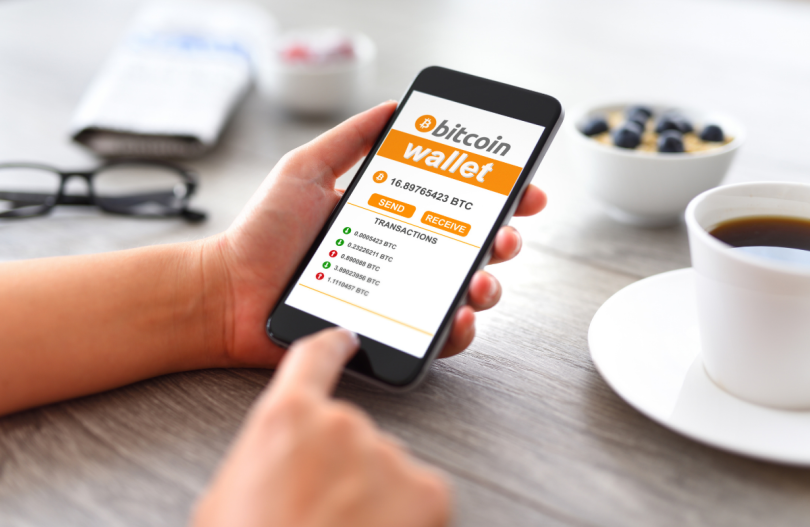 Bitcoin wallet provides a facility to send and receive bitcoins. To start using bitcoin, you must have a bitcoin address. Here’s an analogy – Your email address can be thought of as your “Bitcoin Address”.

You can share this address with others so they may send you emails. Similarly, anyone who wants to transact bitcoins with you will need your “bitcoin Address”. Now there is much software for trading bitcoin that can help you efficiently.

So what are wallets? A Bitcoin wallet is simply an app, website, or device that manages Bitcoin private keys for you. If those sound complicated don’t worry! They are just fancy-schmancy lines of numbers and letters that keep your bitcoins safe.

When someone sends BTC (bitcoins) to one of your addresses all the info needed to access the funds is stored in a blockchain which you can monitor using an app like Blockchain Wallet.

Each address you have used to receive funds will also contain a complete history of all transactions associated with it – this is usually only viewed by the owner and aids in verifying subsequent transactions from that particular wallet.

A comparison can be made between Bitcoin wallets and how email works. If you own a domain name, then you must have your own home for your domain, which we call a hosting or Web hosting service provider.

In the same way, if you wish to transact bitcoins extensively throughout the internet then you must possess your own wallet, but do note that not all wallets are backed up on hosting services!

A Bitcoin wallet is a piece of software, a hardware device, or a web service that allows you to exchange bitcoins. It is very important to understand this definition because the word “wallet” may be misleading for someone who has not previously heard about Bitcoin. There are several types of wallets that provide different ways to store and access your bitcoins.

Let’s get started with how you can get your first Bitcoin Wallet! The first thing you’ll want to do is go here and set up an account on Coin base. This will give you a secure place where you can buy and sell Bitcoins, so it’s definitely something worth checking out! You might also want to consider checking out Local Bitcoins!

Once you have some bitcoins and want to access your wallet’s contents, you will need a software program called a Bitcoin Wallet. There is no such thing as a central bank for Bitcoins- instead, they are managed collectively by everyone who has a Bitcoin client (also sometimes called a Bitcoin wallet).

A client like this exists locally on the machine that is running it and communicates with other clients via peer-to-peer networks. Depending on the design of the client its capabilities may include:

The original Bitcoin client stores all information in a file named “wallet.dat”. It contains all Bitcoin addresses and their balances, all transactions, and all private keys needed to sign transactions (when you create an address, the software will store it together with its public key in your wallet.dat file).

If this is confusing at first, don’t worry- most of us didn’t understand everything on our first read either! Just remember that when you are using digital currency, you are essentially using an online encrypted account without any sort of bank middleman to hold your money for you.

Bitcoin (BTC) is the first cryptocurrency that was developed in 2009. It’s a decentralised, peer-to-peer currency with no middlemen or authorities because it uses cryptography for controlling the creation and transactions of money.

Bitcoin Wallet is a digital wallet in which you can store your Bitcoins, send and receive Bitcoins to pay or exchange for goods and services. The best-known Bitcoin Wallet is Bitcoin Core (also known as Bitcoin QT).

The minimum amount of BTC that you are able to get started with using this particular kind of wallet is 0.01 BTC due to transaction fees involved in sending amounts less than 0.01 BTC.