Home » Movies » Looking For The All Time Best Christmas Movies? Here’re The 15 Movies You Can Stream Right Now On Netflix 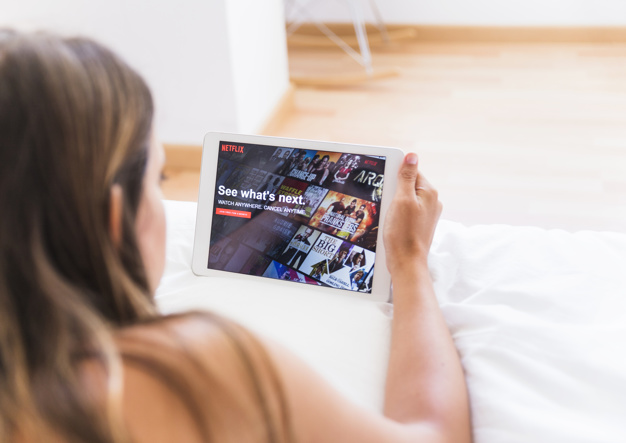 Netflix has in the last few years made Christmas time rather special. Every year they unveil content that makes the flavor of the season fresh.

Original Christmas movies like The Christmas Prince trilogy and The Knight before Christmas are all prized catches when it comes to what movies to binge-watch.

However, these are not all as there are multiple films that can be watched during the holidays that follow. We have compiled a list of such eternal classics that would put a smile back on your face.

These movies are warm and define the true essence of Christmas. Whether all alone or with your entire family you need to pick from this list if you really want to soak up into the festivities.

Do not however forget to pick up your bowl of popcorn with you.

Just before Christmas, an aspiring young American magazine journalist, Amber Moore, is sent to the foreign nation of Aldovia to cover a press conference given by crown prince Richard, who is set to take the throne following his father’s recent death. Richard has been portrayed in the press as an irresponsible playboy and he is also rumored to be planning to abdicate.

Amber hopes her work in Aldovia will lead to a big break and she heads to the royal family’s palace for the press conference, but the prince fails to appear. Rather than leave with the press pack, Amber decides to snoop around the palace and while doing so is mistaken for young Princess Emily’s new American tutor, Martha Anderson.

Its days before Christmas and reindeer are found running loose through the streets of London. Meanwhile, an astonished 9-year-old Tom (newcomer Kit Connor) discovers Santa (Jim Broadbent) in the garden shed. He has crash-landed while test-driving his new sleigh and enlists Tom and his father Steve (Rafe Spall) to help him get back to Lapland.

But what happens when Santa is arrested and thrown into prison? Will Steve and Tom be able to break him out in time for Christmas? Get Santa is a heart-warming and funny family adventure about a father and son reconnecting to discover the magic of Christmas.

Every holiday season, hundreds of Christmas tree sellers from across North America descend upon the streets of New York City to ply their trade. Having left their homes and families behind, they endure the adversity of a migrant’s survival living out of their cars and vans. François, a “Tree Man” and father of three from Québec, returns to the same Manhattan street corner every year to deliver the magic of the season. Francois is a Canadian entrepreneur who runs a holiday stall on the corner of 102nd Street, across Broadway from a former Radio Shack.

Each November he says goodbye to his wife and children, packs up his van, and drives hundreds of miles to Manhattan to wait for a shipment of Christmas trees from down south. From Thanksgiving through Christmas Eve, Francois sells his trees to Upper West-siders; meanwhile, his small staff, returning customers, and fellow “Tree People” serve as a sort of the second family as he spends the season far away from home.

When Eric Roth (Luke Grimes) goes on an impulsive journey to find the father he never knew, his search takes him to the remote desert town of El Camino, Nevada, where he’s mistaken for a drug dealer by local, dim-witted law enforcement and winds up pinned down in a liquor store holdup with five other lost souls on Christmas Eve…one of which is his father.

5. Miss Me This Christmas

Regina, a singer, and her music producer hubby, Franklin. Regina is played by Erica Ash, formerly of MadTV and the Big Gay Sketch Show, and is easily the best part of the movie, (well, other than her best friend, played by Eva Pigford, of America’s Next Top Model Fame, who chews the scenery all over this film). Regina is convinced Franklin is cheating on her because he went to a work party and posed with his ex, another singer at the studio.

It’s totally ridiculous and she overreacts like Woah. Franklin isn’t given much to do except look exasperated. They decide to get divorced and are informed that the divorce will officially go through on Christmas day (divorces don’t work like that). Meanwhile, Regina moves into the Chesterton with her bestie, the aforementioned Ms. Pigford, and meets Curtis, from Black-ish, who’s a multi-millionaire computer programmer.

He is immediately smitten, and even though Regina is still married, she accepts his marriage proposal. Y’all, it’s nuts. Franklin sees the two of them together at one of Pigford’s wild parties and gets jealous. Regina has a heart to heart with Leslie, the interior decorator from You Can’t Fight Christmas, and ends up going back to Franklin; the two kiss by some Christmas decorations, of course.

The Christmas Chronicles is a 2018 American Christmas film directed by Clay Kaytis from a screenplay by Matt Lieberman. The film stars Kurt Russell as Santa Claus. It also stars Judah Lewis, Darby Camp, Lamorne Morris, and with Kimberly Williams-Paisley and Oliver Hudson

A. For those of you who forget The Princess Switch’s original plot, it centers on an American baker, Stacy (Hudgens), who travels to the fictional country of Belgravia for a competition and discovers she bears a striking resemblance to one of its royals, Margaret Delacourt (also Hudgens). The two women decide to switch places, and holiday-themed hijinks ensue. Ultimately they both find love (Stacy with another royal, Prince Edward, and Margaret with Stacy’s friend Kevin) and live happily ever after.

B. Stacy, a type-A planner with a penchant for schedules, takes a spontaneous trip to the charming land of Belgravia at the suggestion of her sous chef and best friend, Kevin. While preparing for the Royal Christmas Baking Contest, Stacy faces an identical stranger and a strange request. Free-spirited but royally obligated, all Duchess Margaret Delacourt really wants is one last chance to experience life as a “normal person” before she dutifully marries the Crown Prince of Belgravia. Stacy can give her that wish.

A group of minors finds themselves stranded at the airport. They then decide to make the most out of the holiday season and thereby develop a special bond. Spencer and his little sister, Katherine, are flying to Pennsylvania for Christmas with their dad. While changing planes, a blizzard moves in and cancels all flights out of Hoover Airport: they must stay in a basement room with the other unaccompanied minors.

Spencer and four others – a chubby boy, a non-stop-talker, a surly girl, and a rich kid – go AWOL and get in trouble with Mr. Porter, the Christmas-hating airport supervisor. The five misfits spend the night evading and enduring Porter’s punishments, discovering all sorts of things in back rooms, making sure Katherine gets her visit from Santa and finding among themselves a new kind of family.

10. The Spirit Of Christmas

The senior partner of a US law firm, eager to finish an estate sale in rustic Canada before Christmas, entrusts it to workaholic junior Kate, suggesting it may swing her promotion to partner. When she arrives, the required expert hired to inspect it leaves inconclusively, the latest scare-victim of the locally repute house ghost. The caretaker fails to scare her off though, she even insists to stay there alone and isn’t daunted when she meets a ghost, Daniel.

He’s a gentleman who was trapped by a curse since his murder there during the Prohibition, nicknamed Christmas spirit because he only materializes on the twelve days of Christmas, and refuses to ‘waste’ that time on more fruitless efforts to study and break his curse, yet gets dragged in by Kate, while both get mutual crushes, tested by conflicting loyalties to her job and his former fiancee, also a ghost.

A Dogwalker’s Christmas Tale is the story of a privileged 21-year-old college student Luce Lockhart (Lexi Giovagnoli, 1 Chance 2 Dance), who upon maxing her credit card is forced to take a job over the holidays walking the dog of her wealthy neighbor (Dina Meyer, Starship Troopers). She is thrilled to discover her new employers are going to build a salon and spa over the quaint local dog park nearby.

Then Luce meets Dean (Jonathan Bennett, Mean Girls), an exasperating yet handsome fellow dog walker who is actively trying to stop the construction. Now she is forced to question what the park means to her newfound friends and whether she can put aside her selfish ways to help save the park before Christmas.

Holiday in the Wild is a 2019 American Christmas romantic comedy film directed by Ernie Barbarash from a screenplay by Neal Dobrofsky and Tippi Dobrofsky. After breaking up with her husband ahead of a planned second honeymoon, Kate heads off on safari alone. While flying over Zambia, Kate and her pilot Derek spot an orphaned baby elephant, and together they nurse him back to health at a local elephant sanctuary over the Christmas period. With her return to New York looming, Kate has a big decision to make in this charming tale stuffed with romance, animals and unusually sunny festive cheer.

13. How The Grinch Stole Christmas

In this live-action adaptation of the beloved children’s tale by Dr. Seuss, the reclusive green Grinch (Jim Carrey) decides to ruin Christmas for the cheery citizens of Whoville. Reluctantly joined by his hapless dog, Max, the Grinch comes down from his mountaintop home and sneaks into town to swipe everything holiday-related from the Whos. However, the bitter grump finds a hitch in his plans when he encounters the endearing Cindy Lou Who (Taylor Momsen).

Phenomenally entertaining and a masterpiece!Has everything drama, suspense, some funny comedy moments, full of adventure, mystery, and impressive action sequences I’ve ever seen. It’s the best superhero movie I’ve ever seen in my life.

The acting was superb and convincing. Very well directed, written and lucid with a fantastic plot. An amazing emotional experience not only for the fans but for everyone that has seen all the Marvel movies accumulated all together with our most favorite iconic characters we love.

This biographical crime thriller follows Frank Sheeran (Robert De Niro) as he recalls his past years working for the Bufalino crime family. Now older, the WWII veteran once again reflects on his most prolific hits and, in particular, considers his involvement with his good friend Jimmy Hoffa’s disappearance in 1975.