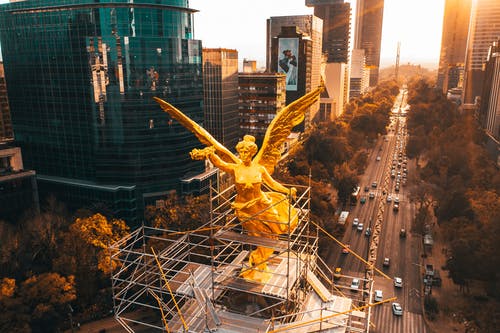 Sometimes we start watching Amazon Prime only to get confused with the number of options available.

That is because they have so many movies and TV shows that you are unable to decide. On top of that, the content is so vast that even if you keep looking, the search never ends.

In order for you to pick the right content, we have compiled a list of the best movies on Amazon prime that you can quickly view. These movies are the best of the lot and suitable for any time watching.

You can decide which movies to shortlist and binge-watch later on. We have even segregated these movies based on their genre, so the choice becomes much more straightforward.

Pakistan-born comedian Kumail Nanjiani and grad student Emily Gardner fall in love but struggle as their cultures clash. When Emily contracts a mysterious illness, Kumail finds himself forced to face her feisty parents, his family’s expectations, and his true feelings.

2. You Were Never Really Here

Balancing between feverish dreamlike hallucinations of a tormented past and a grim disoriented reality, the grizzled Joe–a traumatised Gulf War veteran and now an unflinching hired gun who lives with his frail elderly mother–has just finished yet another successful job. With an infernal reputation of being a brutal man of results, the specialised in recovering missing teens enforcer will embark on a blood-drenched rescue mission, when Nina, the innocent 13-year-old daughter of an ambitious New York senator.

Hilarious, outgoing and always up for a good time, New Yorker Brittany Forgleris everybody’s best friend — except maybe her own. At 27, her hard-partying ways, chronic underemployment and toxic relationships are catching up with her, but when she stops by a new doctor’s office to try to score some Adderall, she gets slapped with a prescription she never wanted: Get healthy. Too broke for a gym and too proud to ask for help, Brit is at a loss, until her seemingly together neighbor Catherine pushes her to lace up her Converse sneakers and run one sweaty block.

4. Selah and the Spades

Five factions run the underground life of the prestigious Haldwell boarding school. At the head of the most powerful faction – The Spades – sits Selah Summers. By turns charming and callous, she chooses whom to keep close and whom to cut loose, walking the fine line between being feared and loved.

The Lost City of Z tells the incredible true story of British explorer Percy Fawcett, who journeys into the Amazon at the dawn of the 20th century and discovers evidence of a previously unknown, advanced civilization that may have once inhabited the region. Despite being ridiculed by the scientific establishment who regard indigenous populations as “savages,” the determined Fawcett – supported by his devoted wife, son and aide de camp returns time and again to his beloved jungle in an attempt to prove his case, culminating in his mysterious disappearance in 1925.

Susie Bannion is a young American ballerina who travels to Berlin to study dancing at the Markos Tanz Company, one of the world’s most renowned schools under Madame Blanc’s management. On her very first day, one of the students who had been recently expelled from the school is murdered. As this appalling happening does not seem to be an isolated occurrence, the brilliant new student soon begins to suspect that the school might be involved in the homicide.

7. Manchester by the Sea

Lee Chandler is a brooding, irritable loner who works as a handyman for a Boston apartment block. One damp winter day he gets a call summoning him to his hometown, north of the city. His brother’s heart has given out suddenly, and he’s been named guardian to his 16-year-old nephew. As if losing his only sibling and doubts about raising a teenager weren’t enough, his return to the past re-opens an unspeakable tragedy.

Exactly one week in the life of a young man named Paterson of Paterson, New Jersey is presented. He lives an extremely regimented and routinized life, that routine perhaps most vividly displayed by the fact that he is able to wake up at exactly the same time every day without an alarm. That life includes eating Cheerios for breakfast, walking to work carrying his brown bag lunch packed in his lunch pail by his wife Laura

Katherine Newbury (Dame Emma Thompson) is a pioneer and legendary host on the late night talk show circuit. When she’s accused of being a “woman who hates women”, she puts affirmative action on the to-do list, and – presto! – Molly (Mindy Kaling) is hired as the one woman in Katherine’s all-male writers’ room.

A passionate love story between two people of different backgrounds and temperaments, who are fatefully mismatched and yet condemned to each other. Set against the background of the Cold War in the 1950s in Poland, Berlin, Yugoslavia and Paris, the film depicts an impossible love story in impossible times.

From a screenplay by Shia LaBeouf, based on his own experiences, award-winning filmmaker Alma Har’el brings to life a young actor’s stormy childhood and early adult years as he struggles to reconcile with his father through cinema and dreams. Fictionalizing his childhood’s ascent to stardom, and subsequent adult crash-landing into rehab and recovery, Har’el casts Noah Jupe and Lucas Hedges as Otis Lort, navigating different stages in a frenetic career.

Mary Beth and Priscilla Connolly attempt to cover up a gruesome run-in with a dangerous man. To conceal their crime, the sisters must go deep into the criminal underbelly of their hometown, uncovering the town’s darkest secrets.

David Byrne walks onto the stage and does a solo “Psycho Killer.” Jerry Harrison, Tina Weymouth and Chris Frantz join him for two more songs. The crew is busy, still setting up. Then, three more musicians and two back-up singers join the band. Everybody sings, plays, harmonizes, dances, and runs. They change instruments and clothes. Bryne appears in the Big Suit. The backdrop is often black, but sometimes it displays words, images, or children’s drawings.

In his feature film directorial debut, comedian Bo Burnham deftly encapsulates the awkwardness, angst, self-loathing and reinvention that a teenage girl goes through on the cusp of high school. Given that the 27-year-old stand-up comic achieved fame as a teenager himself through YouTube by riffing on his insecurities, he is uniquely capable as the film’s writer and director to tell the story of Kayla, an anxious girl navigating the final days of her eighth grade year, despite creating a protagonist w female instead of male.