In 2018, we find ourselves living in the golden age of television. With the advent of streaming services like Netflix, Hulu and Amazon Prime Video, not to mention some of the traditional mediums such as Dish Network and DIRECTV, there have never been more choices of amazing shows to binge watch.

This is no different for the sci-fi genre. Mind bending stories, beautiful cinematography and amazing special effects are the essential ingredients to any sci-fi show worth the watch.

Join us as we dive into the 5 best sci-fi shows coming out this year that you can’t miss.

Lost in Space is first on our list. This remake of the original series that aired from 1965 to 1968 arrived with a 10 episode first season on Netflix earlier this year in April.

Lost In Space is the story of the Robinson family, as they embark on a mission to colonize a far off star system in the wake of an extinction level event back on earth.

Early in their adventure, the Robinson’s crash land on an alien planet. The unknown will test their family bonds and instincts in ways they can’t imagine.

Due to it’s great reception, Lost In Space was renewed for its second season the very next month after originally airing.

Possibly one of the most popular animated tv shows of the past decade, Rick and Morty blends sci-fi, humor and the misadventures of a genius scientist (Rick) and his awkward teenage grandson (Morty).

Between jumping wormholes into endless dimensions, battling the galactic federation and navigating the tricky world of high school, Rick and Morty has a fantastically entertaining premise.

It does a great job of blending real life situations and events with other worldly technology and alien viewpoints. This results in nearly endless possibilities to explore relatable themes with creative storylines for the duo.

Although there is much debate about when the fourth season will officially air. The series holds a 97% approval rating by critics on Rotten Tomatoes. We highly recommend this series for your binge watching pleasure.

Based on the 2002 science fiction novel by Richard K. Morgan, Altered Carbon is a story that is set in the year 2384. A distant and technological future where a person’s consciousness can be stored and transferred using small disk like devices known as ‘stacks.’

This has lead to a society where people have become virtually immortal by transferring their stacks after death, into new bodies or synthetic bodies, known as ‘sleeves.’ However, a person can still be killed by destroying their stack.

The richest people among society are able to routinely backup their stacks into satellite storage and download into endless sleeves, virtually guaranteeing their immortality.

We follow Takeshi Kovacs, a lone surviving soldier who’s stack has been imprisoned for the last 250 years. Kovacs is freed by Laurens Bancroft, one of the wealthiest men alive, in order to solve his own murder.

A murder which has all of the appearances of a suicide. Bancroft dies right before his consciousness is uploaded and saved to his satellite, therefore erasing his memory of the events of his murder.

This futuristic murder mystery will have you glued to the screen as the characters explore an ever expanding reality. 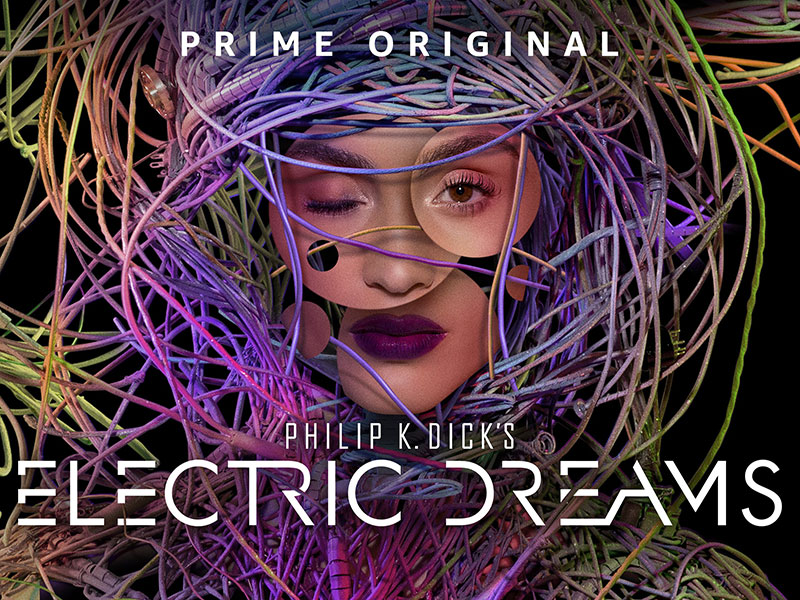 Electric Dreams is a 10 part anthology series, in which the characters steer through futuristic worlds and uniquely challenging situations.

Based on the works of Philip K. Dick, this series presses into the deeper questions of what it really means to be truly human.

The show features an all-star cast including Bryan Cranston, Steve Buscemi, Greg Kinnear and Anna Paquin. Each episode presents a different set of circumstances that are fascinating to watch unfold.

Artificially intelligent beings, telepathic mutants and alien clones are just a few examples of the futuristic challenges, the characters must deal with.

Each episode is a standalone story that will have you putting yourself in the place of the characters you’re watching. Be sure to clear your schedule, as watching one episode will have you thirsting for another by its end.

If you’re a fan of the DC comic universe, then Krypton is for you. Set 200 years before the birth of Kal-El (Superman), we follow Seg-El (Superman’s grandfather), as a corrupt regime which has taken power of the planet of Krypton.

Seg-El’s family is banished to the lower class slums after the execution of his grandfather.

This is when Seg-El learns of his future descendant becoming Earth’s greatest protector and how he must guard his own world from an impending threat.

Brainiac, an alien android known as “The World Collector” seeks to destroy Krypton. Seg-El must ensure the survival of his family in order to protect the future of Earth.

As you can tell, 2018 is a great year for the sci-fi genre. Between all of the tv streaming services, there are so many fascinating science fiction stories that you can watch.

This list of the 5 best sci-fi shows coming out this year, will give you a great place to start.

Let us know what you think of our top picks by leaving a comment below. We hope you enjoy binging on these great sci-fi shows in 2018 and beyond.

Watch Movies : 20 Most Popular Sci-Fi Movies Of All Time That Must Be On Your Watchlist