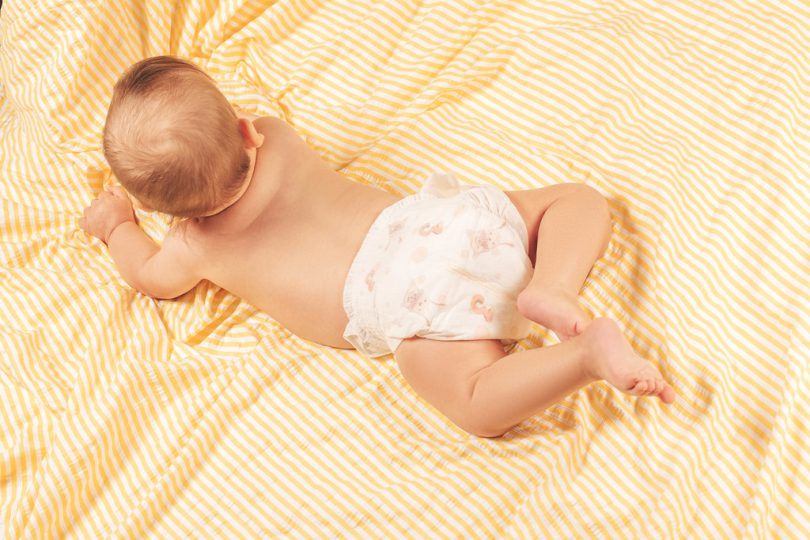 New parents are constantly learning new things about how to keep their babies feeling safe and healthy and how to manage the little time they have to get everything done for themselves and their offspring.

As babies get to the point where they are more likely to sleep through the night, you might consider whether it’s a good idea to invest in diapers that the little tikes can stay in for a couple of hours more. However, it’s also typical to be unsure about the decisions you’re making for your new child.

If you’re interested in making the best possible choice for your baby’s bathroom habits, it’s a good idea to consider the pros and cons of getting overnight diapers. While it might be a good idea for some people, it might be less than ideal for others. Whichever circumstance you’re in, it’s time to evaluate some key factors.

Overnight diapers are generally more absorbent than regular diapers that you would put on your baby during a typical day. So what does that mean for you?

This is most likely to mean that your baby can safely stay in the same diaper for an extended period before they start to get uncomfortable. That means you won’t have to change their diapers nearly as often as you would otherwise in the middle of the night.

And that just sounds like a breath of fresh air for parents trying to maximize the amount of rest they can get.

While this isn’t generally a drastically increased cost compared to your baby’s regular diapers during the day, the price increase will carry significant weight for some families who can’t manage to swing it.

In some cases, the overnight diapers will only cost a few cents more per diaper than the ones your child would wear during the day, undoubtedly making a few parents breathe a sigh of relief.

But that doesn’t necessarily mean that you can easily replace overnight diapers for the ones you want to use while you and your baby are most likely to be awake. This could theoretically get uncomfortable for the baby. Or, even worse, it could potentially be unhealthy.

If you leave diapers on for longer than is recommended, there’s a risk of giving your baby a diaper rash or an infection. These risks are especially likely if the baby is spending prolonged periods in dirty diapers.

Pro: Save Time And Energy

Overnight diapers will also likely save you a little of time and energy at night when you’d probably be trying to catch a few extra winks of shut-eye. For example, instead of waking up to a baby crying because they’re feeling uncomfortable, they might be more likely to stay asleep for a little while longer.

This is generally because overnight diapers are more absorbent, making your baby feel dry for up to 12 hours, according to Very Well Family’s blog.

Or, if you happen to be still awake while your baby is asleep, you’ll be less likely to spend time getting away from the other things that need to get done around the house. So maybe you’ll be able to sneak in an extra nap where you usually wouldn’t, be able to get some of the chores done, or even be able to catch up on some work.

Heck, maybe you’ll even have some time to get into a relaxing hobby that you’ve been missing out on or just been meaning to try.

Again, just because overnight diapers could be saving you a little bit of extra hassle, that doesn’t necessarily mean that you can commit to only using overnight diapers. The only way you’d be able to do that is if you start regularly changing your baby’s overnight diapers as often as you would their regular diapers.

However, that might not be the most cost-effective option for some families. If the cost doesn’t matter as much, the overnight diapers won’t mean you’ll have more space taken up in your storage areas. However, it would mean that for people who would still be using both regular and overnight diapers.

Another good thing about using overnight diapers is that you’re less likely to find your baby leaking in their crib or bed after sleeping through the night (again, this will generally only be the case for babies ready to be sleeping for more extended periods).

That means there will be fewer messes to clean up, a less uncomfortable baby, and significantly reduced stress levels and headaches for you as the caregiver.