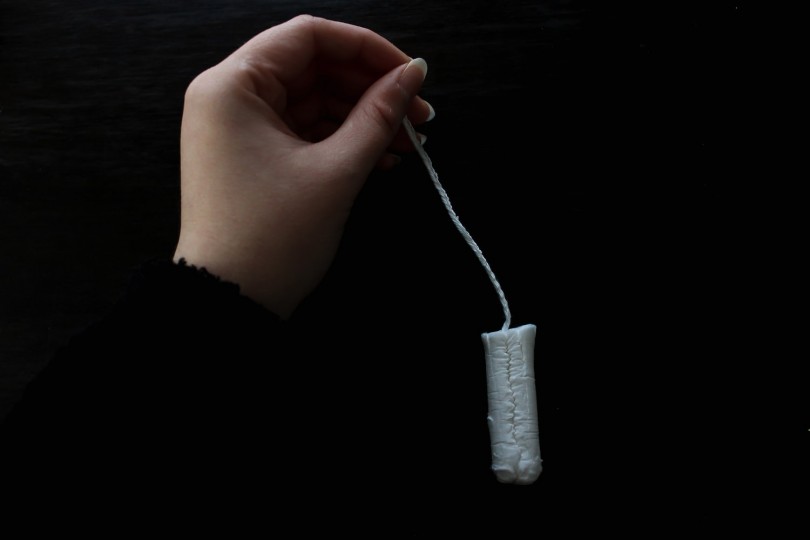 Fifty years ago “period” was a dirty word, and menstruation a shameful event that was not for public discussion. The recent debate about period poverty and the ever-controversial subject of the tampon tax have reignited public interest in the politics of periods. Now it appears to have motivated the “femcare” industry to change the way it sells its menstrual products.

Before the market’s beginnings in 1930s America, women relied on homemade pads, natural materials, cloth or rags. Since then, advertising has dominated the visual culture of periods with images of femininity, promises of protection and a steady flow of blue liquid.

But in the last three years, the femcare industry has demonstrated a significant change in tone. Why the change, and why now? Lessons from the history of period product advertising can help explain the departure.

Inspired by First World War nurses who discovered bandages worked equally well for their own monthly bleeding, American companies Kimberley-Clark and Tambrands developed Kotex pads and Tampax tampons in the 1920s and 1930s (menstrual cups were developed around the same time, but flopped). But these big companies found advertising menstrual products a tricky challenge.

Campaigns were aimed at pre-menstrual girls through sponsored sex education and infomercials such as Kotex’s 1946 Disney film, The Story of Menstruation. By mid-century, increasing numbers of women in the West used disposable pads or tampons from leading American brands.

When Second Wave feminism erupted across America in the 1970s, the industry acknowledged that evening gowns and Disney would no longer cut it. Feminist bestseller Our Bodies Ourselves and the abortion debate meant that periods had become a political issue.

The femcare industry saw this as a golden opportunity to gain the trust of young influencers, and targeted hippies and feminists with the language of freedom.

When Kotex released New Freedom adhesive pads (a huge deal because belts and pins were no longer needed to keep pads in place) the ads included lines like: “You’re Free!” Consumers quickly switched to the adhesive pads and advertising took a back seat.

In the late-20th century, men working in advertising shunned menstrual product accounts. Women were often left covering femcare, where small budgets and ridicule meant that their campaigns did not win the advertising awards necessary for prestige or career advancement.

Two crises shook up industry in the 1980s. First, the Toxic Shock Syndrome scandal where 38 women in the US died after using Rely super-absorbent tampons, saw a drop in tampon use for the first time. Second, new competitors challenged the traditional existing brands. Women were left with more choice, but less trust in products they thought were safe.

The crises meant that new branding was urgently needed, and advertising became a big priority, with spending skyrocketing in the 1990s. At the same time, feminism became a hot issue in mainstream debate – again. Campaigns like Dove’s Real Beauty made headlines and won awards, paving the way for today’s campaigns.

Since Newsweek defined 2015 as the “Year of the Period” after stories emerged about the censorship of menstruation in advertising and social media, period product advertising has broken all the rules. The challenge for advertisers today is connecting with millennial women who are critical readers of advertising and back campaigns to ban the tampon tax and end period poverty.

This has led to a flurry of creativity and innovation. “Period-proof” underwear THINX was the first to include a trans man in its advertising. Bodyform was the first to show a blood-like stain instead of the sanitised blue liquid. Menstrual cup Mooncup focuses on environmental messages “for our future” and encourages women to “own your period”. With so many social justice messages and new products, there is more choice and information to filter than ever before.

So now the big period brands appear to be communicating the same messages as female activists. But like the 1970s, today’s “feminist” ads present a familiar script: menstruation must still be hidden, and these commercial products will hide it.

But unlike the 1970s, women in advertising are being recognised for their creative, innovative work in a category previously deemed valueless. At the same time, social shame seems to be diminshing, with femcare ads more comfortable with using words like “blood” and “periods” instead of soft-pedalling the message with euphemistic language.

But the femcare industry is not the pioneer changing the conversation, but rather people like comedian/activist/academic Chella Quint, creator of comedy show Adventures in Menstruating, who has protested against branded sex education in schools; poet-artist Rupi Kaur, whose period-related artworks were banned from Instagram in 2015, then un-banned; Arunachalam Muruganantham, whose story about making affordable pads for women in India inspired the movie Pad Man; and Amika George, the activist who led the march against period poverty in London in 2017.

Despite Bodyform’s real-looking blood and pink menstrual cups, there is little new in the industry’s attempt to emotionally connect with a new generation. Today, millennials might laugh at their mothers’ “feminist” choice of Kotex while celebrating a bloody Bodyform on social media. Perhaps this is why we are seeing a steady increase of “woke” period product ads that challenge the old norms: it worked before, it’s working now.

Advertisers have always played a part in changing public perception, but advertising can never be activism. Education about periods cannot be left just to big brand campaigns; if the goal is to change perceptions and dismantle menstrual taboos, it seems odd to rely on the industry that created so many of those perceptions in the first place.