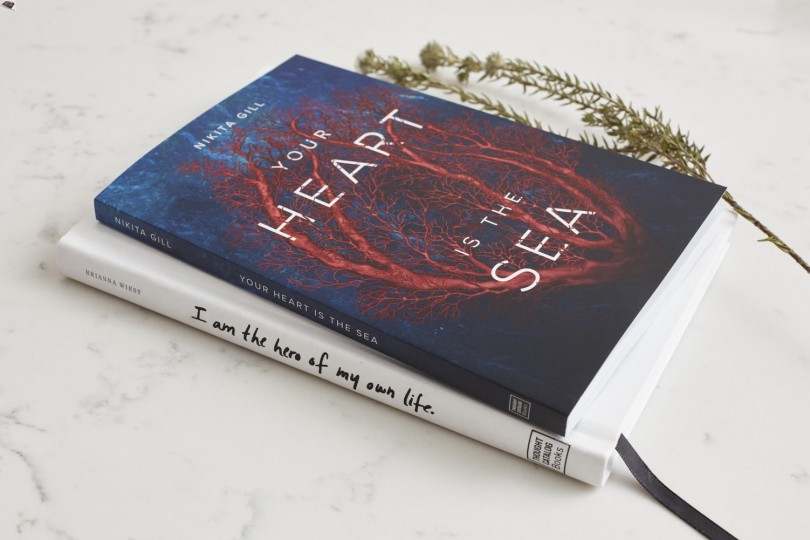 Nothing gives you more pleasure than losing yourself in a great book. Everything around you changes, but one thing you can always fall back on is your reading habits.

Books are not always about its content. It is also about its cover. It is the first thing you see. We have picked 25 25 books whose covers are so cool that you will love to read before you die.

What really happened April 20, 1999? The horror left an indelible stamp on the American psyche, but most of what we “know” is wrong. It wasn’t about jocks, Goths, or the Trench Coat Mafia.

Dave Cullen was one of the first reporters on scene, and spent ten years on this book-widely recognized as the definitive account.

With a keen investigative eye and psychological acumen, he draws on mountains of evidence, insight from the world’s leading forensic psychologists, and the killers’ own words and drawings-several reproduced in a new appendix.

The Psychopath Test is a fascinating journey through the minds of madness. Jon Ronson’s exploration of a potential hoax being played on the world’s top neurologists takes him, unexpectedly, into the heart of the madness industry.

An influential psychologist who is convinced that many important CEOs and politicians are, in fact, psychopaths teaches Ronson how to spot these high-flying individuals by looking out for little telltale verbal and nonverbal clues. And so Ronson

This edition of Jaws contains bonus content from Peter Benchley’s archives, including the original typed title page, a brainstorming list of possible titles, a letter from Benchley to producer David Brown with honest feedback on the movie adaptation, and excerpts from Benchley’s book Shark Trouble highlighting his firsthand account of writing Jaws, selling it to Universal Studios, and working with Steven Spielberg.

4. Flowers In The Attic

At the top of the stairs there are four secrets hidden—blond, innocent, and fighting for their live. They were a perfect and beautiful family—until a heartbreaking tragedy shattered their happiness. Now, for the sake of an inheritance that will ensure their future, the children must be hidden away out of sight, as if they never existed.

With its brilliant and brutal portrayal of the Corleone family, The Godfather burned its way into our national consciousness. This unforgettable saga of crime and corruption, passion and loyalty continues to stand the test of time, as the definitive novel of the Mafia underworld.

Fifty years after its original publication, Catch-22 remains a cornerstone of American literature and one of the funniest—and most celebrated—books of all time. In recent years it has been named to “best novels” lists by Time, Newsweek, the Modern Library, and the London Observer.

7. On Seeing And Noticing

Alain de Botton believes that philosophy can help people enjoy happier lives. And in his numerous best sellers, from Status Anxiety to The Art of Travel, his unique blend of erudition and self-help has reached an audience eager to listen. In On Seeing and Noticing, Alain de Botton takes everyday concerns such as expressing sadness or being romantic and dispenses advice and observations based on the works of some of history’s greatest writers, artists and thinkers.

8. All My Friends Are Dead

The Bell Jar chronicles the crack-up of Esther Greenwood: brilliant, beautiful, enormously talented, and successful, but slowly going under — maybe for the last time. Sylvia Plath masterfully draws the reader into Esther’s breakdown with such intensity that Esther’s insanity becomes completely real and even rational, as probable and accessible an experience as going to the movies.

In American Psycho, Bret Easton Ellis imaginatively explores the incomprehensible depths of madness and captures the insanity of violence in our time or any other. Patrick Bateman moves among the young and trendy in 1980s Manhattan. Young, handsome, and well educated, Bateman earns his fortune on Wall Street by day while spending his nights in ways we cannot begin to fathom. Expressing his true self through torture and murder, Bateman prefigures an apocalyptic horror that no society could bear to confront.

On August 19, 1936 Hercules the boxer stands on the quayside at Coruña and watches Fascist soldiers piling up books and setting them alight. With this moment a young, carefree group of friends are transformed into a broken generation. Out of this incident during the early months of Spain’s tragic civil war, Manuel Rivas weaves a colorful tapestry of stories and unforgettable characters to create a panorama of 20th-century Spanish history—for it is not only the lives of Hercules the boxer and his friends that are tainted by the unending conflict

Brave New World is a searching vision of an unequal, technologically-advanced future where humans are genetically bred, socially indoctrinated, and pharmaceutically anesthetized to passively uphold an authoritarian ruling order–all at the cost of our freedom, full humanity, and perhaps also our souls.

In the spirit of A Short History of Nearly Everything comes Periodic Tales. Award-winning science writer Hugh Andersey-Williams offers readers a captivating look at the elements—and the amazing, little-known stories behind their discoveries. Periodic Tales is an energetic and wide-ranging book of innovations and innovators, of superstition and science and the myriad ways the chemical elements are woven into our culture, history, and language. It will delight readers of Genome, Einstein’s Dreams, Longitude, and The Age of Wonder.

Beowulf is the elegiac narrative of the adventures of Beowulf, a Scandinavian hero who saves the Danes from the seemingly invincible monster Grendel and, later, from Grendel’s mother. He then returns to his own country and dies in old age in a vivid fight against a dragon. The poem is about encountering the monstrous, defeating it, and then having to live on in the exhausted aftermath.

An astonishing technique for recovering and cloning dinosaur DNA has been discovered. Now humankind’s most thrilling fantasies have come true. Creatures extinct for eons roam Jurassic Park with their awesome presence and profound mystery, and all the world can visit them – for a price.

16. When You Are Engulfed In Flames

“David Sedaris’s ability to transform the mortification of everyday life into wildly entertaining art,” (The Christian Science Monitor) is elevated to wilder and more entertaining heights than ever in this remarkable new book.

Behind the intrigue, Camus explores what he termed “the nakedness of man faced with the absurd” and describes the condition of reckless alienation and spiritual exhaustion that characterized so much of twentieth-century life.

18. The Book Of Dead Philosophers

In this collection of brief lives (and deaths) of nearly two hundred of the world’s greatest thinkers, noted philosopher Simon Critchley creates a register of mortality that is tragic, amusing, absurd, and exemplary. From the self-mocking haikus of Zen masters on their deathbeds to the last words of Christian saints and modern-day sages, this irresistible book contains much to inspire both amusement and reflection.

19. The Brief History Of The Dead

The City is inhabited by those who have departed Earth but are still remembered by the living. They will reside in this afterlife until they are completely forgotten. But the City is shrinking, and the residents clearing out. Some of the holdouts, like Luka Sims, who produces the City’s only newspaper, are wondering what exactly is going on. Others, like Coleman Kinzler, believe it is the beginning of the end. Meanwhile, Laura Byrd is trapped in an Antarctic research station, her supplies are running low, her radio finds only static, and the power is failing.

20. Procession Of The Dead

Young, quick-witted and cocksure, Capac Raimi arrives in the City determined to make his mark in a world of sweet, sinister sin. He finds the City is a place of exotic dangers: a legendary assassin with snakes tattooed on his face who moves like smoke, blind Incan priests that no one seems to see, a kingpin who plays with puppets, and friends who mysteriously disappear as though they never existed. Then Capac crosses paths with The Cardinal, and his life changes forever.

21. A General Theory Of Love

This original and lucid account of the complexities of love and its essential role in human well-being draws on the latest scientific research. Three eminent psychiatrists tackle the difficult task of reconciling what artists and thinkers have known for thousands of years about the human heart with what has only recently been learned about the primitive functions of the human brain.

22. A Cultural Dictionary Of Punk

Neither a dry-as-dust reference volume recycling the same dull facts nor a gushy, gossipy puff piece, A Cultural Dictionary of Punk: 1974-1982 is a bold book that examines punk as a movement that is best understood by placing it in its cultural field. It contains myriad critical-listening descriptions of the sounds of the time, but also places those sounds in the context of history.

Will Self has one of literature’s most astonishing imaginations, and in How the Dead Live his talent has come to full flower. Lily Bloom is an angry, aging American transplanted to England, now losing her battle with cancer. Attended by nurses and her two daughters — lumpy Charlotte, a dour, successful businesswoman, and beautiful Natasha, a junkie — Lily takes us on a surreal, opinionated trip through the stages of a lifetime of lust and rage.

There was no apparent motive for the crime, and there were almost no clues.As Truman Capote reconstructs the murder and the investigation that led to the capture, trial, and execution of the killers, he generates both mesmerizing suspense and astonishing empathy. In Cold Blood is a work that transcends its moment, yielding poignant insights into the nature of American violence.

Tree of Codes is a haunting new story by best-selling American writer, Jonathan Safran Foer. With a different die-cut on every page, Tree of Codes explores previously unchartered literary territory. Initially deemed impossible to make, the book is a first — as much a sculptural object as it is a work of masterful storytelling.