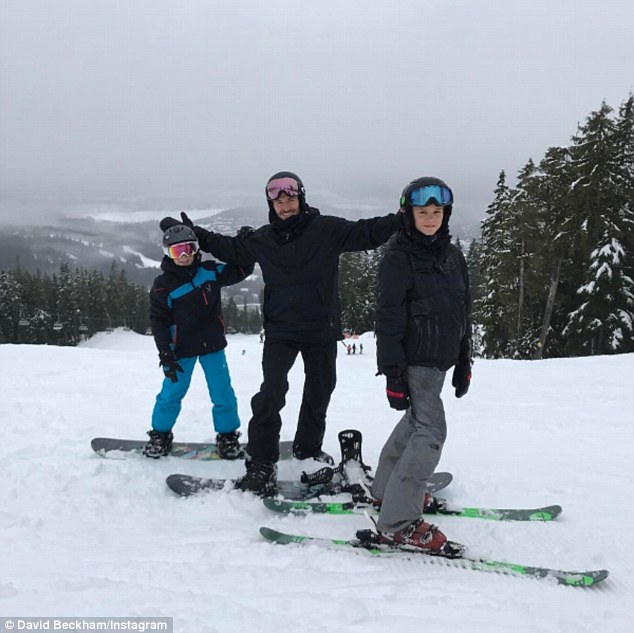 The former LA Galaxy star Beckham looked to have no cares in the world as he posed excitedly beside his sons Romeo, 14, and Cruz, eleven, atop a daring slope thick with snow.

Beckham clan appeared to rise above on Friday as they jetted off to Whistler, Canada for an idyllic family ski holiday, following the chaotic run-up to the show. Taking to his Instagram page, the former footballer shared a number of sweet snaps of his wife and kids taking the slopes.

Holding his arms out to gesture at the stunning mountain views behind him while his youngest boys smiled for the camera, he wrote to his followers: ‘Boys on the top!’

Joined by his whole family, he went on to share a second photo of his oldest boy Brooklyn, 17, who stood away from his siblings on a more challenging snowboard, in a vibrant pink hoody.

The teen announced the news by uploading a video of himself on Instagram performing several tricks on the slopes, gliding across the very edge of the mountain in a daring effort.

Yet things soon go awry for keen skater Brooklyn, as his final landing saw him lose balance and descend into a severe tumble across the snow.

Hours later after an undoubtedly painful time in hospital, he shared an image of his X-Ray – displaying his collar bone ripped apart to concerned fans, putting him out of action for the majority of the trip.

Check out below some beautiful snaps of his wife and kids skiing in Canada :

Beckham And His Family Ski Holiday In Canada

He Went On To Share A Second Photo Of His Oldest Boy Brooklyn, 17, Who Stood Away From His Siblings On A More Challenging Snowboard 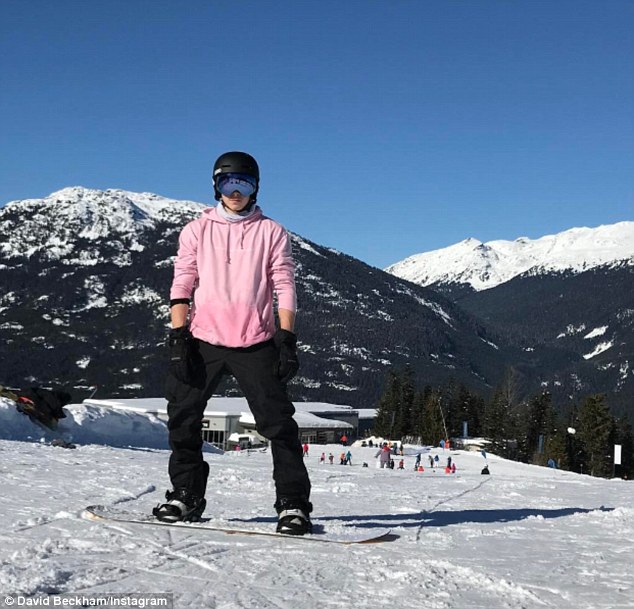 Victoria Shared An Adorable Snap With Her Darling Girl 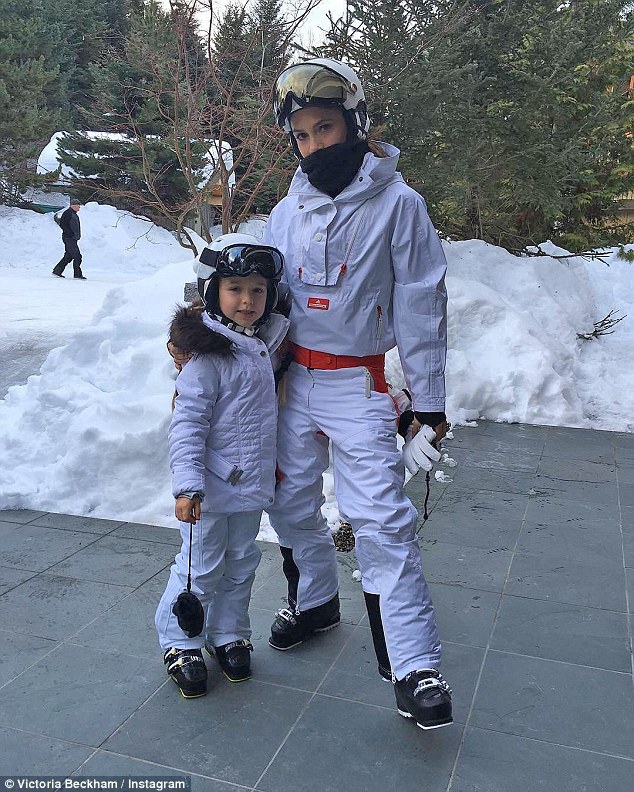 Brooklyn Had Suffered A Nasty Fall Early On In Their Trip, Resulting In A Broken Collar Bone 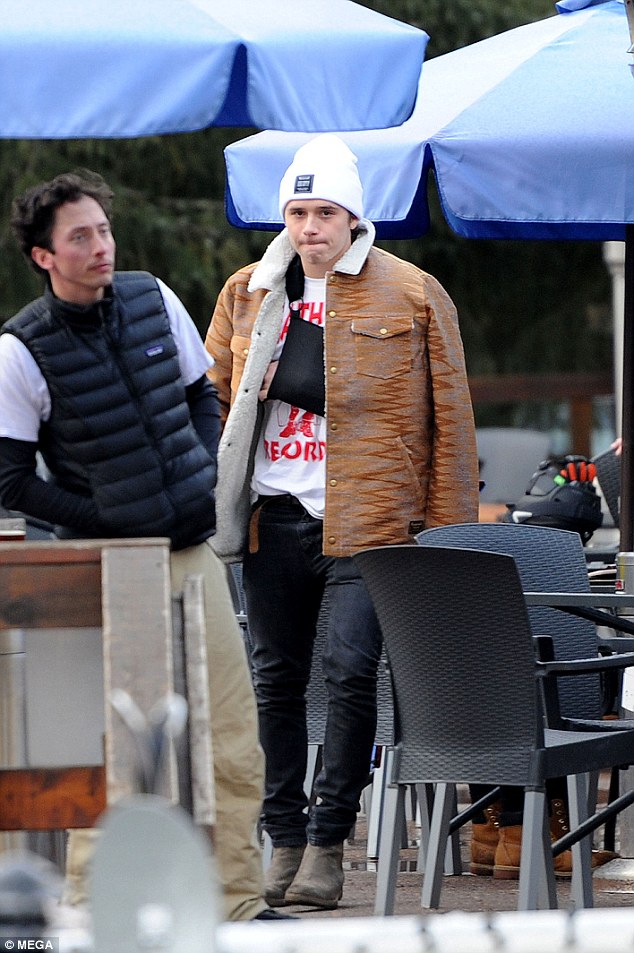 Adding A Hint Of Glamour To Their Trip Were Of Course, The Two Girls – His Wife Victoria, 42 (Above) And Their Only Daughter Harper, Five 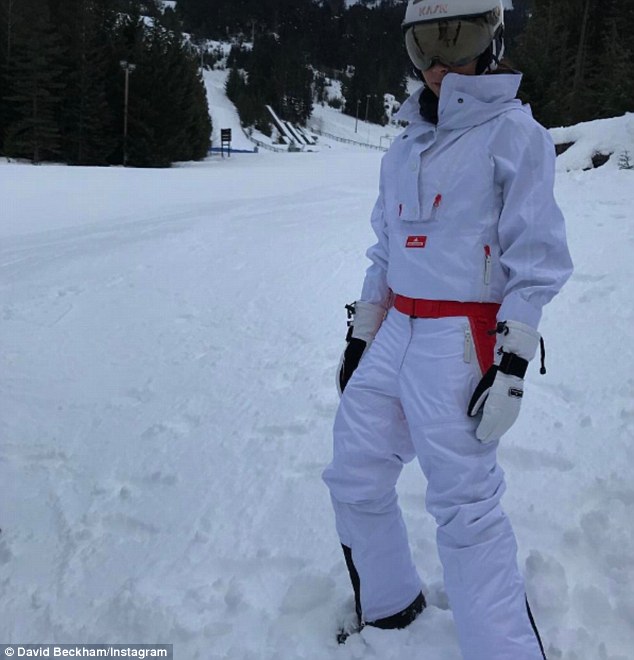 Piste Of Cake! Despite Her Tender Age, Their Youngest Looked Every Inch A Pro As She Sped Into A Snow Plough With Ease With A Wide Grin On Her Face 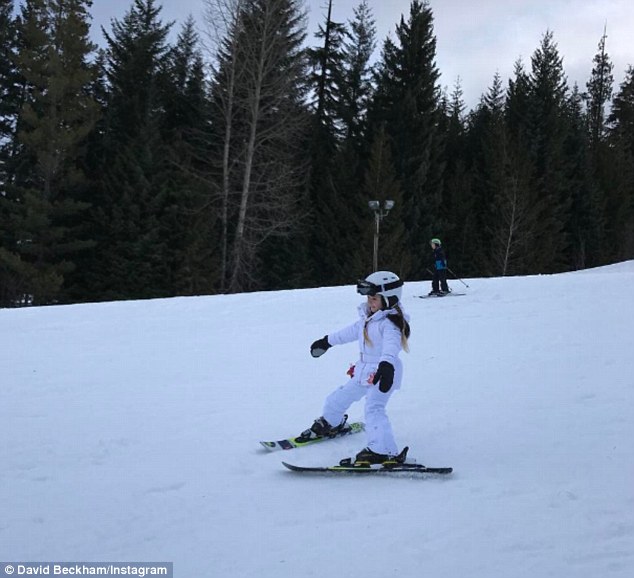 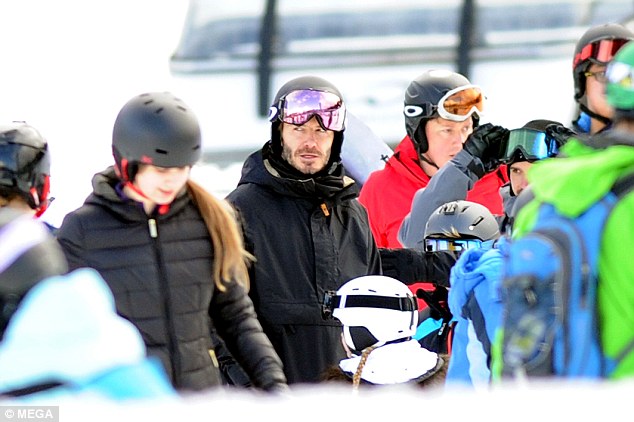 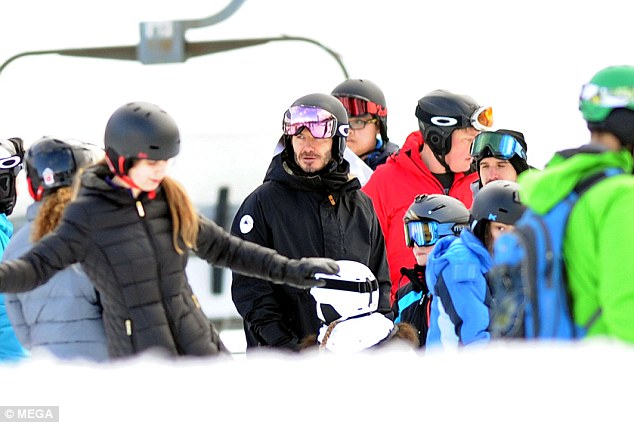 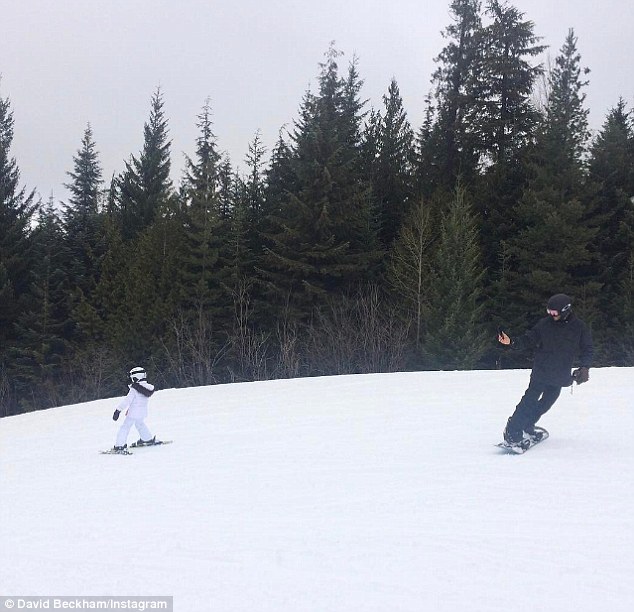 Rising Above His Recent Email Hacking Scandal, David Proceeded To Share Snaps From Their SKI Holiday – Capturing Romeo  Ready To Head Down A Slope 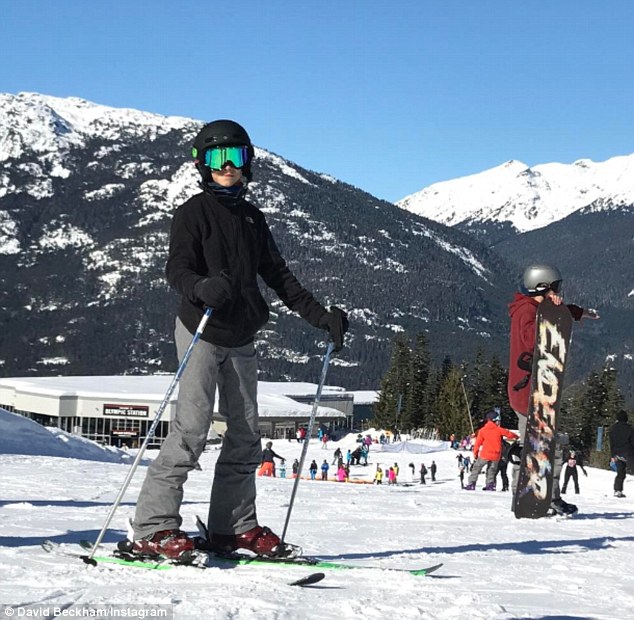 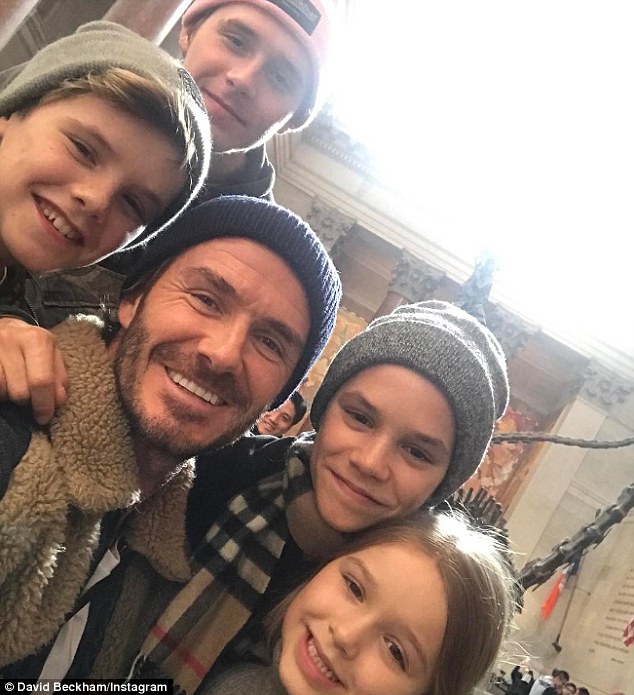 Not bad after 4 days on a snowboard! @cruzbeckham X VB