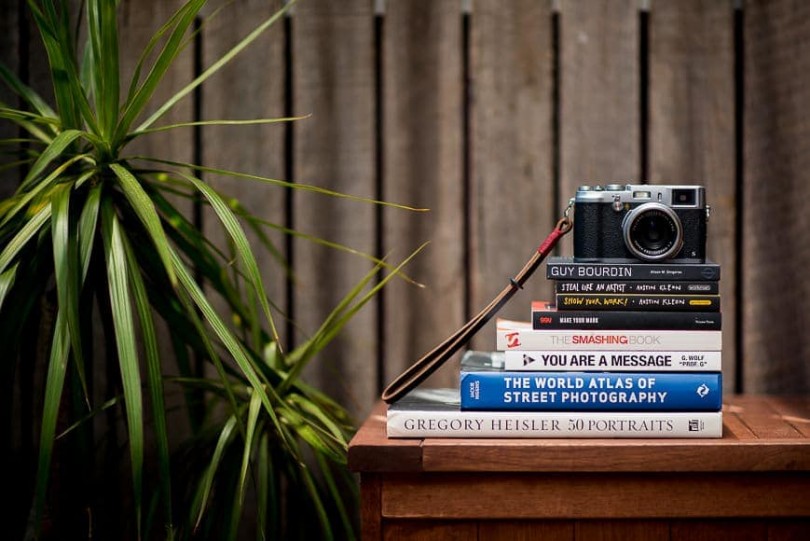 These 20 highly rated photography books will take your photography skills to the next level. All these books are essential read for a beginner to hobbyist. Most of these books till relevant today with its insightful ways of explaining photography.

Anthropocene is a multidisciplinary body of work by Edward Burtynsky, Jennifer Baichwal and Nicholas de Pencier, which includes a photobook, a major traveling museum exhibition, a feature documentary film and an interactive educational website.

The project’s starting point is the research of the Anthropocene Working Group, an international body of scientists who are advocating to officially change the name of our present geological epoch, Holocene, to Anthropocene, in recognition of profound human changes to the earth’s system.

The AWG’s research categories, such as Anthroturbation, Species Extinction, Technofossils, Boundary Limits and Terraforming, are represented and explored in various mediums as evidence of our species’ impact on a geological scale.

2. THE PARAMETERS OF OUR CAGE Paperback 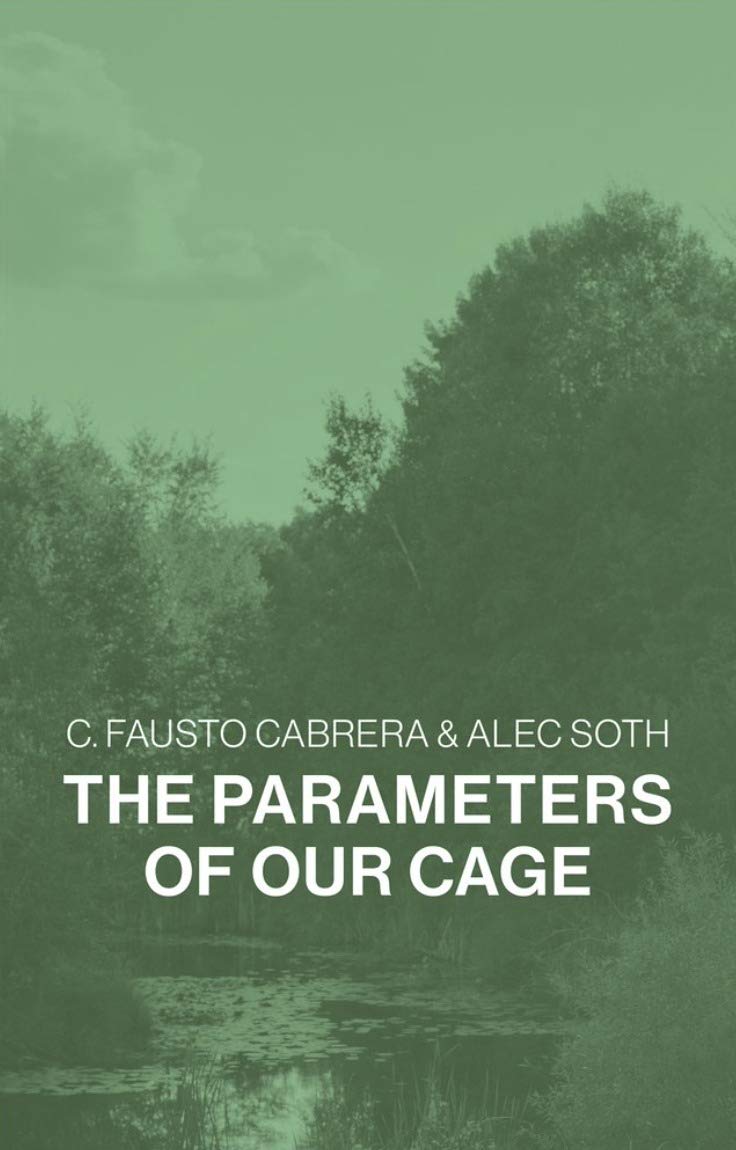 Alec Soth (b. 1969) is a photographer born and based in Minnesota. His photographs have been featured in numerous solo and group exhibitions, including the 2004 Whitney and São Paulo Biennials.

In 2008, a large survey exhibition of Soth’s work was exhibited at Jeu de Paume in Paris and Fotomuseum Winterthur in Switzerland.

In 2010, the Walker Art produced a large survey exhibition of Soth’s work entitled From Here To There. Alec Soth’s first monograph, Sleeping by the Mississippi, was published by Steidl in 2004 to critical acclaim.

3. The New Black Vanguard: Photography Between Art and Fashion

In The New Black Vanguard: Photography between Art and Fashion, curator and critic Antwaun Sargent addresses a radical transformation taking place in fashion and art today.

The featuring of the Black figure and Black runway and cover models in the media and art has been one marker of increasingly inclusive fashion and art communities.

More critically, however, the contemporary visual vocabulary around beauty and the body has been reinfused with new vitality and substance thanks to an increase in powerful images authored by an international community of Black photographers.

One of the greatest artist-photographers working today, Smith moved to New York in the 1970s and began to make images charged with startling beauty and spiritual energy.

With never-before-seen images, and a range of illuminating essays and interviews, this tribute to Smith’s singular vision promises to be an enduring contribution to the history of American photography. 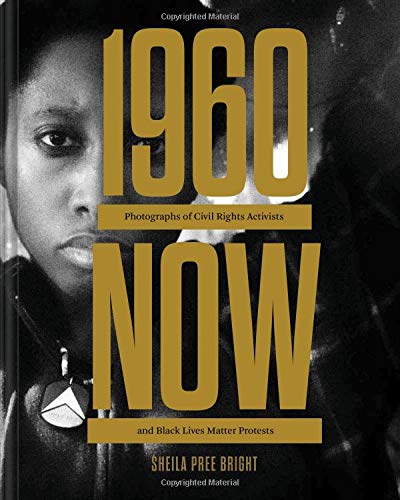 Combining portraits of past and present social justice activists with documentary images from recent protests throughout the United States, #1960Now sheds light on the parallels between the 1960s Civil Rights Movement and the Black Lives Matter movement of today.

Shelia Pree Bright’s striking black-and-white photographs capture the courage and conviction of ’60s elder statesmen and a new generation of activists, offering a powerful reminder that the fight for justice is far from over. #1960Now represents an important new contribution to American protest photography.

6. Better Photo Basics: The Absolute Beginner’s Guide to Taking Photos Like a Pro By Jim Miotke

If you can press a button, you can take great pictures. It’s as simple as that. In BetterPhoto Basics, Jim Miotke, founder of the popular online photography school BetterPhoto.com, shares tips and tricks to improve your photos right away, no matter what camera you’re using.

Too busy to read a book? No problem—flip to any page for an instant tip to use right away! Learn to compose knockout shots, make the most of indoor and outdoor light, and photograph twenty popular subjects, from sunsets and flowers to a family portrait.

Those who want to go further get tips on controlling exposure and the secrets behind ten advanced creative techniques. And everyone will appreciate Jim’s breakdown of easy fixes to make in Photoshop.

Photographs have been in fashion since they were known to the common man. People use photographs to capture and store their special moments.

These photos help in reliving those precious moments that they spent with their loved ones, friends, or family. But, it is not the 1940s or 1980s now.

Scott Kelby, the man who changed the “digital darkroom” forever with his groundbreaking, #1 bestselling, award-winning book The Photoshop Book for Digital Photographers, shows which button to push, which setting to use, when to use them, and hundreds of the most closely guarded photographic “tricks of the trade” to get budding photographers shooting dramatically better-looking, sharper, more colorful, more professional-looking photos with their digital camera every time they press the shutter button.

Scott tackles the most important side of digital photography–how to take pro-quality shots using the same tricks today’s top digital pros use (and it’s easier than you’d think).

Each chapter is packed with plain English tips on using flash, shooting close up photography, travel photography, shooting people, and even how to build a studio from scratch, where he demystifies the process so anyone can start taking pro-quality portraits today! Plus, he’s got full chapters on his most requested topics, including loads of tips for landscape photographers, wedding photographers, and there’s an entire chapter devoted to sharing some of the pro’s secrets for making your photos look more professional, no matter what you’re shooting.

9. 50 Photo Projects – Ideas to Kickstart Your Photography By Lee Frost

Whether you want to get more from your DSLR or are simply looking for new creative avenues to explore, 50 Photo Projects shows you how to break out of your comfort zone and try something new.

Packed with invaluable tips on how to create stunning photographs, Lee Frost provides the bright ideas that will reinvigorate your photography, from inspiration on what to photograph, to inventive projects with vintage, pinhole and toy cameras.

10. The Art of Photography By Bruce Barnbaum

This is an updated and newly revised edition of the classic book The Art of Photography: An Approach to Personal Expression.

Originally published in 1994 and first revised in 2010, The Art of Photography has sold well over 100,000 copies and has firmly established itself as the most readable, understandable, and complete textbook on photography.

Featuring nearly 200 beautiful photographs in both black-and-white and color, as well as numerous charts, graphs, and tables, this book presents the world of photography to beginner, intermediate, and advanced photographers who seek to make a personal statement through the medium of photography.

11. How to Create Stunning Digital Photography

Award-winning author and photographer Tony Northrup has published more than 30 how-to books and sold more than a million copies around the world.

His photos have been featured on magazine covers, book covers, CD covers, TV shows, calendars, and much more.

Tony studied photography at the New England School of Photography and the Massachusetts College of Art and Design.

He runs a stock and portrait photography business with his family, Chelsea and Madelyn, out of his home studio in Waterford, CT. He shoots travel and nature photography everywhere he goes. 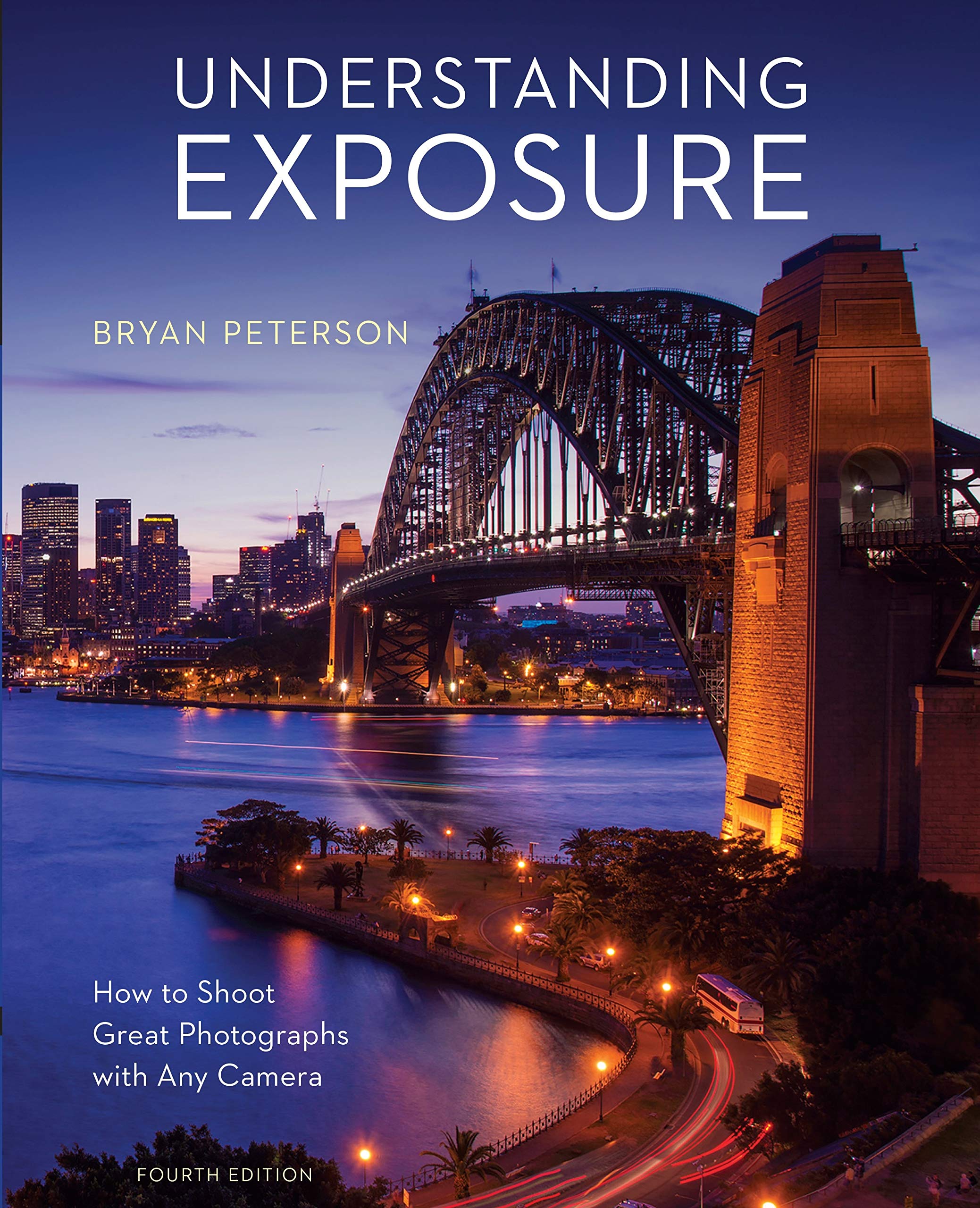 Understanding Exposure has taught generations of photographers how to shoot the images they want by demystifying the complex concepts of exposure in photography.

In this newly updated edition, veteran photographer Bryan Peterson explains the fundamentals of light, aperture, and shutter speed and how they interact with and influence one another.

With an emphasis on finding the right exposure even in tricky situations, Understanding Exposure shows you how to get (or lose) sharpness and contrast in images, freeze action, and take the best meter readings, while also exploring filters, flash, and light.

In the summer of 2010, photographer Brandon Stanton began an ambitious project -to single-handedly create a photographic census of New York City.

The photos he took and the accompanying interviews became the blog Humans of New York. His audience steadily grew from a few hundred followers to, at present count, over eighteen million.

In 2013, his book Humans of New York, based on that blog, was published and immediately catapulted to the top of the NY Times Bestseller List where it has appeared for over forty-five weeks.

Ever since Brandon began interviewing people on the streets of New York, the dialogue he’s had with them has increasingly become as in-depth, intriguing and moving as the photos themselves. Humans of New York: Stories presents a whole new group of people in stunning photographs, with a rich design and, most importantly, longer stories that delve deeper and surprise with greater candor. Let Brandon Stanton and the Humans of New York he’s photographed astonish you all over again.

14. Read This If You Want to Take Great Photographs 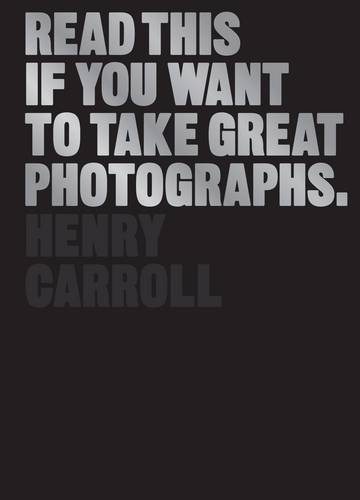 Henry Carroll studied photography at the Royal College of Art and his work has been featured in a number of international exhibitions and publications.

Building on his experience teaching aspiring photographers of all ages, Henry founded frui.co.uk, one of the UK’s leading providers of photography holidays and courses.

Henry’s clear, jargon-free style of teaching has demystified digital photography and inspired thousands to get creative with their cameras.

Save you a great deal of time and money by telling you what you need to know and how to maximize your efforts.
Help you take better pictures and know why they are better.

Present the details and language of digital photography without intimidation or confusing terminology – all terms are clearly defined and explained.

The Beginner’s Photography Guide will help you find your inner photographer:

• Takes you through every technique you need to create stunning images.
• Easy-to-follow layout and step-by-step and tutorials.
• Handy checklists with a quick rundown of the equipment and camera settings.
• Hundreds of inspirational images to motivate you to reach your goal.

In this new collection, Leibovitz has captured the most influential and compelling figures of the last decade in the style that has made her one of the most beloved talents of our time.

Each of the photographs documents contemporary culture with an artist’s eye, wit, and an uncanny ability to personalize even the most recognizable and distinguished figures. 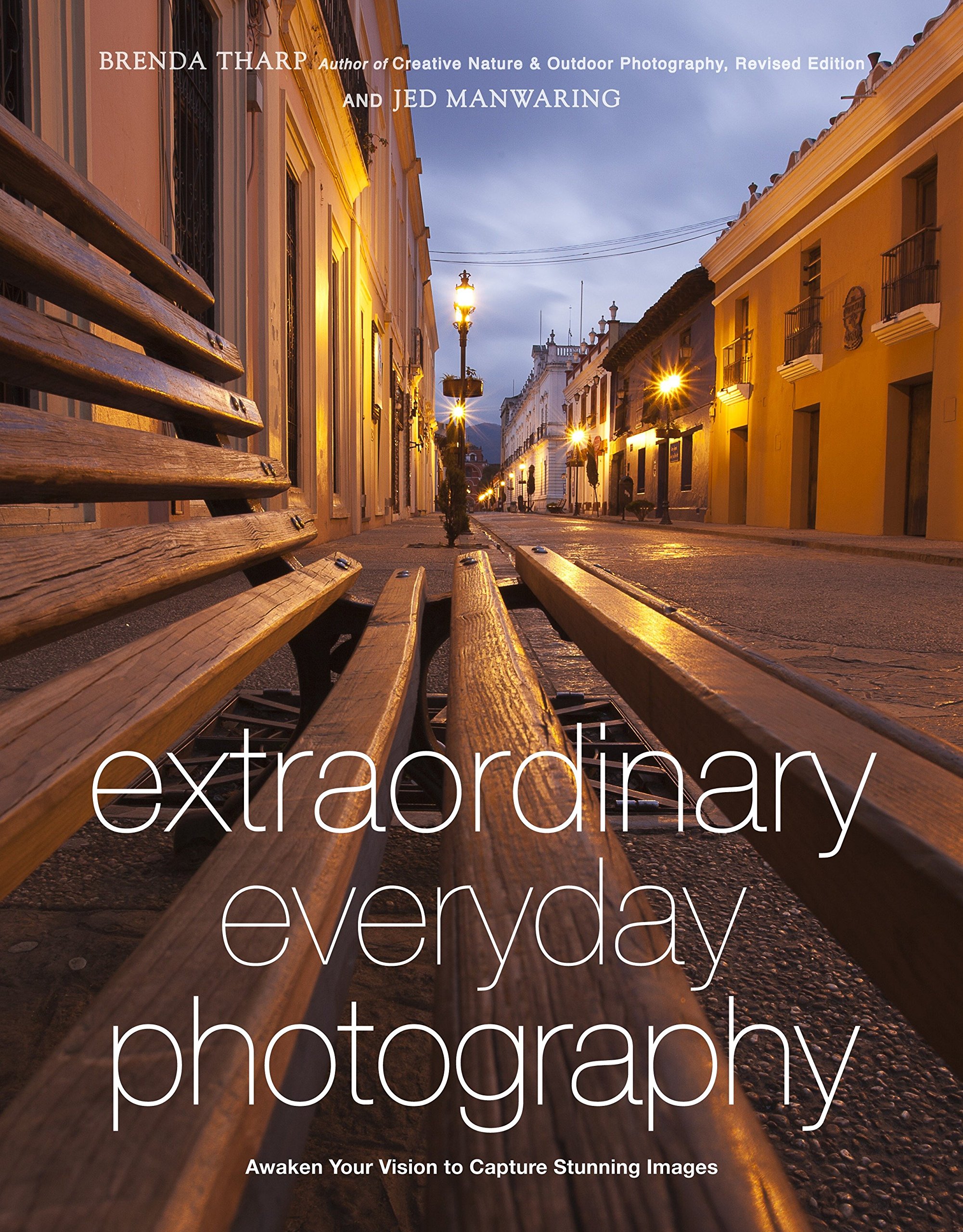 Extraordinary Everyday Photography will help you search beyond the surface to find the unexpected wherever you are, be it a downtown street, a local park, or your own front lawn.

Authors Brenda Tharp and Jed Manwaring encourage amateur photographers to slow down, open their eyes, and respond to what they see to create compelling images that aren’t overworked.

Inspiring photo examples from the authors, taken with DSLRs, compact digital cameras, and even iPhones, show that it is the photographer’s eye and creative vision–not the gear–that make a great image.

Light Science and Magic provides you with a comprehensive theory of the nature and principles of light, with examples and instructions for practical application.

Featuring photographs, diagrams, and step-by-step instructions, this book speaks to photographers of varying levels. It provides invaluable information on how to light the most difficult subjects, such as surfaces, metal, glass, liquids, extremes (black-on-black and white-on-white), and portraits.

The Definitive Visual History is the only book of its kind to give a comprehensive account of the people, the photographs, and the technologies that have shaped the history of photography.

From the first black-and-white photography to photojournalism and contemporary street photography, Photography celebrates the most iconic photographs and profiles 50 of the most famous photographers, with special features on Pulitzer Prize-winners and thematic timelines on portrait, war, advertising, and fashion photography.

Dissecting classics such as Daguerre’s Boulevard de Temple, Stieglitz’s The Steerage, Rosenthal’s Raising the Flag on Iwo Jima, and McCurry’s Afghan Girl, this amazing reference not only showcases incredible photographs, but tells their stories, in-depth, and is a must-have for anyone who appreciates the beauty of photography.