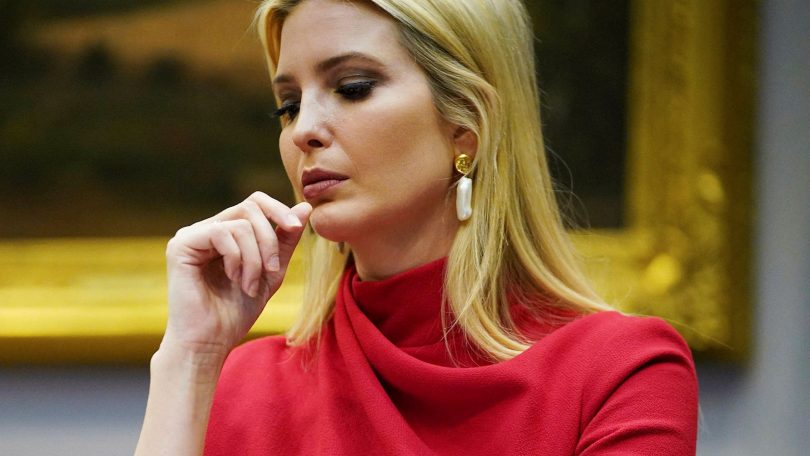 Ivanka Trump is a businesswoman, writer, heiress, and former model who has a net worth of $800 million with her husband Jared Kushner. She is the daughter of Donald Trump, the 45th president of the United States.

Ivana Marie “Ivanka” Trump was born in Manhattan, New York City on October 30, 1981. She is the second child of Ivana and Donald Trump and has two brothers, a half-sister, and a half-brother from her father’s side.

Ivanka Trump was born into a wealthy family. Her father, Donald Trump, is the scion of a real-estate empire, and her Czech-born mother Ivana is a former model. The couple divorced in 1992. Ivanka has two biological siblings – Donald Jr and Eric – as well as half sister Tiffany and half brother Barron.

Her parents divorced when she was ten years old. Ivanka was a model in her teens, appearing on the covers of teen magazines. She attended Georgetown University for two years and then transferred to the Wharton School at the University of Pennsylvania, where she graduated with a degree in Economics in 2004.

After graduation, Ivanka worked for Forest City Enterprises, a real estate development company, and then for her father’s organization, The Trump Organization, where she was Executive Vice President of Development & Acquisitions.

Ivanka is married to real estate developer and entrepreneur Jared Kushner, with whom she has three children.

A classic American love story, Ivanka Trump and Jared Kushner met at a business lunch in 2007 when they were only 25. Ivanka was working for her father’s real-estate company, The Trump Organization, and Jared was an investor in the business. They started dating shortly after they met, and they were married in 2009.

The power couple now has three children together – Arabella, Joseph, and Theodore. They live in a lavish $5 million apartment in Trump Tower in New York City.

The couple temporarily split due to religious differences. “I know he loved Ivanka deeply, but the religious aspect was important to him,” Nitin Saigal, a friend of Jared’s, told The New Yorker in August 2016. That same year, the pair reconciled after Ivanka converted to Judaism.

Ivanka revealed that she chose to convert to Judaism so she could be with her husband, who is Orthodox Jewish.

Ivanka Trump’s net worth comes from her work in real estate development and fashion. She is also the author of two books, “The Trump Card: Playing to Win in Work and Life” and “Women Who Work: Rewriting the Rules for Success.”

Ivanka Trump has been a judge on her father’s reality TV show, “The Apprentice,” and she currently serves as an adviser to President Donald Trump.

She has said that she is not interested in running for office, but she has not ruled it out completely.

In 2017, she was appointed as a Senior White House Advisor by her father.

Trump began her professional career working for Forest City Enterprises. She then partnered with Dynamic Diamond Corp., a diamond trading company, to create a jewelry line called Ivanka Trump Fine Jewelry. The first boutique store opened in Manhattan under the name Ivanka Trump on Madison Avenue before relocating to SoHo and eventually closing its doors in 2015.

After a short while, Ivanka’s line of retail merchandise, including handbags and shoes, was being sold in major stores such as Macy’s and Hudson’s Bay. Within just a few years after she launched her company, it was raking in over $75 million annually.

In order to further her reach, Ivanka Trump started a lifestyle blog in 2009. The website was eventually turned into a book, The Ivanka Trump Lifestyle Collection.

In April 2013, the Ivanka Trump brand launched a home collection, which featured items such as bedding and bath accessories. The line was carried by major retailers such as Bloomingdale’s, Lord & Taylor, and Neiman Marcus.

In October 2015, Ivanka Trump announced the launch of her eponymous fashion label. The line included clothing, shoes, and accessories for women and was sold at major retailers such as Nordstrom, Bloomingdale’s, and Macy’s.

The Ivanka Trump brand has come under fire in recent years for its alleged use of forced labor in China. In 2019, reports surfaced that the Chinese government was providing financial incentives to factories that produce Ivanka Trump-branded products.

In 2015, Trump publicly supported her father’s presidential bid. On January 20, 2017, Trump resigned from her position at the Trump Organization. She was named “First Daughter and Senior Advisor to the Present” in March 2017.

She has also assisted her father’s administration and taken part in official visits such as the W20 women’s summit in 2017, the 2019 G20 Osaka summit, and talks between her father and North Korean leader Kim Jong-Un in June 2019.