From the snowy slopes of Svalbard in Norway to the Matterhorn in the Alps, a stunning new photography book takes readers on a mesmerising journey around the peaks of Europe.

Renowned Belgian-born photojournalist Johan Lolos travelled through more than 17 countries and covered over 25,000 miles over a five-month period to get the shots. Belgian-born photojournalist Johan Lolos travelled through more than 17 European countries. During his five month trip, he took 27,000 images of landscapes and people he met along the way. His upcoming book, Peaks of Europe, features 200 selected photos

Johan Lolos, who boasts more than 466,000 followers on Instagram, says Norway was one of his favourite photography spots and he loved capturing the country’s undulating landscapes bathed in ‘glorious midnight sun’. He added: ‘From day one, the goal was to try and stay awake as long as possible, to get used to shooting at night and sleeping during the day. Scroll down for a selection of his breathtaking work…

1. Renowned photojournalist Johan Lolos spent five months travelling through Europe to document its beauty. He took this shot on day 41 of his adventure at Fjallabak Nature Reserve in Iceland 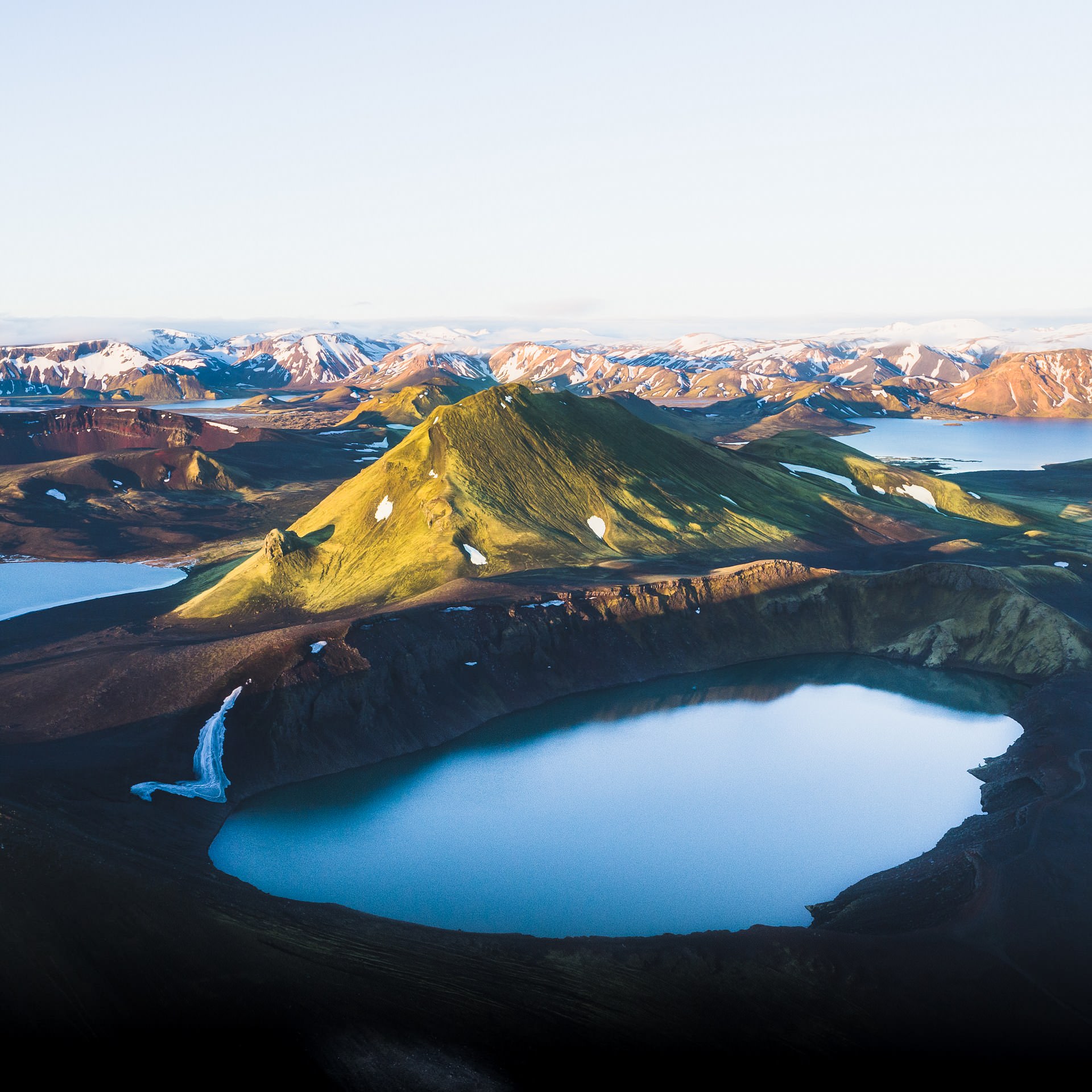 2. Lolos said he didn’t really know what to expect from the view on top of Aiguille du Midi in the French Alps, but what he saw there exceeded all expectations with ‘dramatic lighting and picture-perfect clouds’ 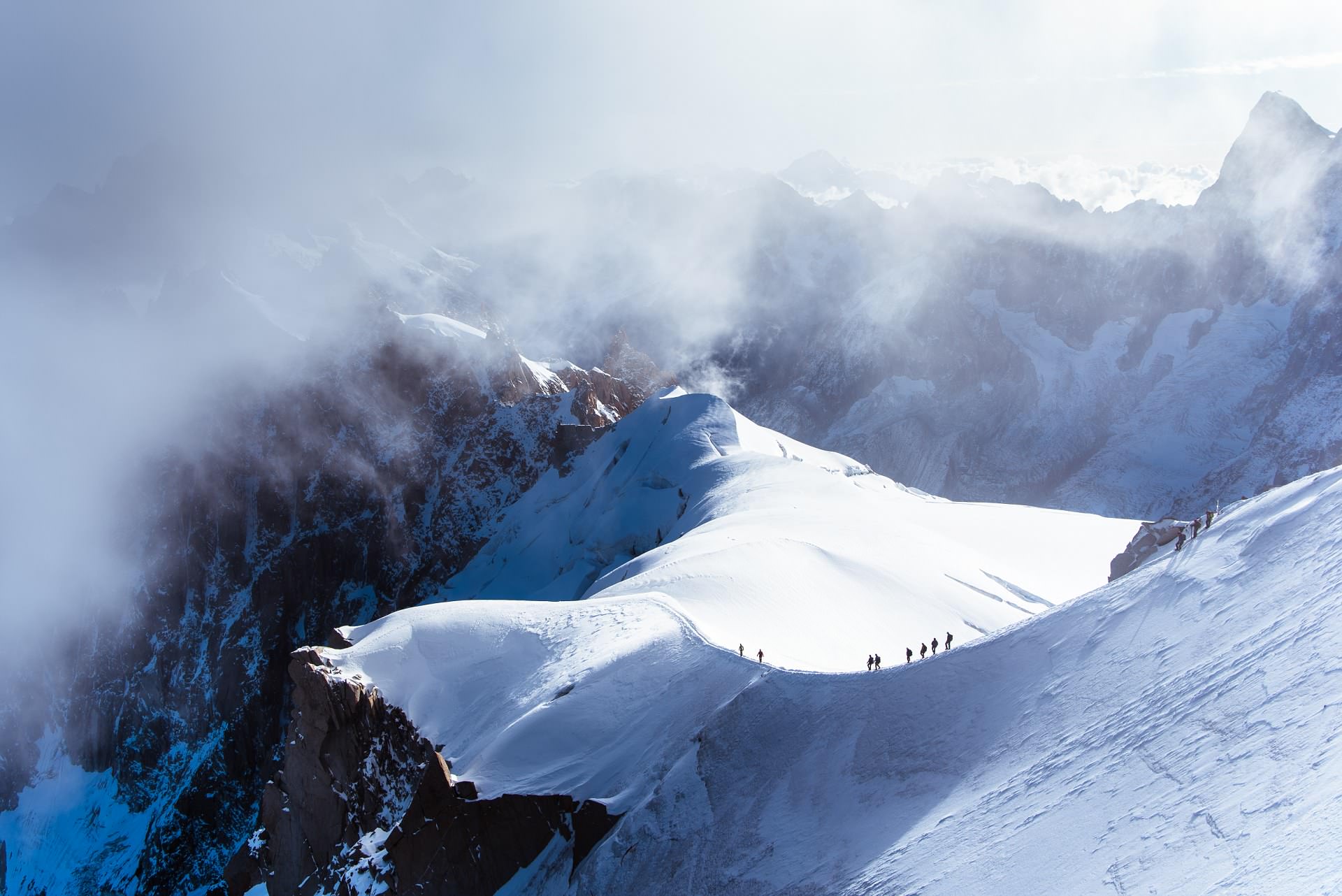 3. This picture was taken on the archipelago of Lofoten in Norway. Lolos said he took the image at 1am and he loved the way the ‘sun hovered over the horizon, turning all the surrounding mountains a glistening gold’ 4. This image was taken over the waters of Sommarøya in Tromso, northern Norway. Lolos says it’s ‘hard to imagine that the Arctic can look so inviting’ with ‘secluded islands, white sandy beaches and waters you only expect to find in the Caribbean’ 5. Lolos said when he arrived at the top of the Seceda in the Dolomites, Italy, for sunrise, he was ‘gutted’ to discover that he was there at the wrong time of year to see the sun rise. But his disappointment only lasted a couple of seconds as he ‘soon became excited by the dramatic mood the blue hour was offering’ 6. Lago di Braies in Italy attracts 600,000 tourists each year. Lolos says ‘its amazing location, incredible color and famous boathouse’ are probably reasons why it attracts so many visitors. He got up at 5am to catch the lake at a more peaceful time of day but he was still sharing the space with ten other photographers 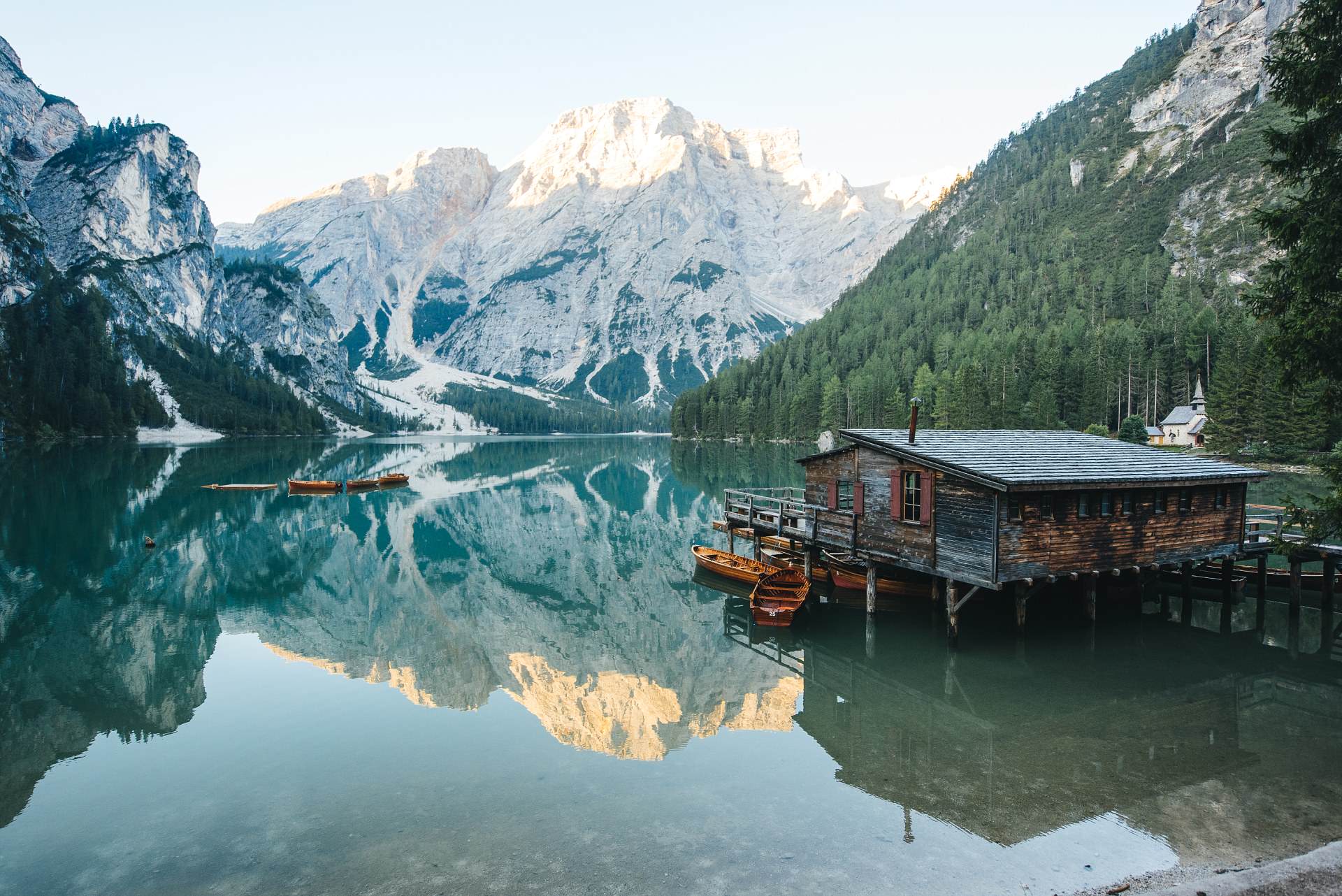 7. The Matterhorn, which straddles the border between Switzerland and Italy, is known for its majestic, near-symmetrical peak. Lolos captured its reflection in this stunning mirror image 8. While in Iceland, Lolos said he was lucky enough to fly above the region of Landmannalaugar in a small Cessna and it still marks one of the best scenic flights he’s been on 9. The pristine Soča River that flows through western Slovenia and northeastern Italy is a world-famous destination for fly fishing. Lolos says ‘when the water level isn’t too high, the river bed becomes a popular camping spot for locals and road trippers’ 10. Lolos said he had never seen anything like the rock layers of Šareni Pasovi before. The area is located within the Durmitor National Park in Montenegro 11. Lolos said seeing the Icelandic Highlands from a small aircraft was a ‘lifelong dream’ and he was mesmerised by the ‘unique patterns created by the glacial rivers and the volcanic streams’ 12. Talking about his trip to Plitvice Lakes National Park in central Croatia, Lolos said: ‘Going there at the busiest time of the year probably wasn’t such a good idea. We had to queue for 90 minutes at the entrance, and once in the park, all the visitors had to stick to the same wooden paths, making us feel like we were in a theme park rather than a nature park. I deeply regret our decision to go there although I do realize how beautiful this place is’ 13. Lolos says Iceland is ‘the country of waterfalls’ and they ‘can be found absolutely everywhere’, but some are more prestigious than others. Háifoss is one of them, though it’s not as popular as those on the ring road because of its remoteness. Here the River Fossá drops down from a height of 122m (400ft), making it Iceland’s fourt-highest waterfall 14. Lolos says it’s ‘impossible to confuse the Dolomites and these jagged dramatic peaks with any other sub-range of the Alps, which is probably why so many photographers are inspired by these mountains’ 15. Lolos said the valley of Theth in Albania was ‘a beautiful and unexpected stop’ on his itinerary and only hikers and outdoor people know about the spot 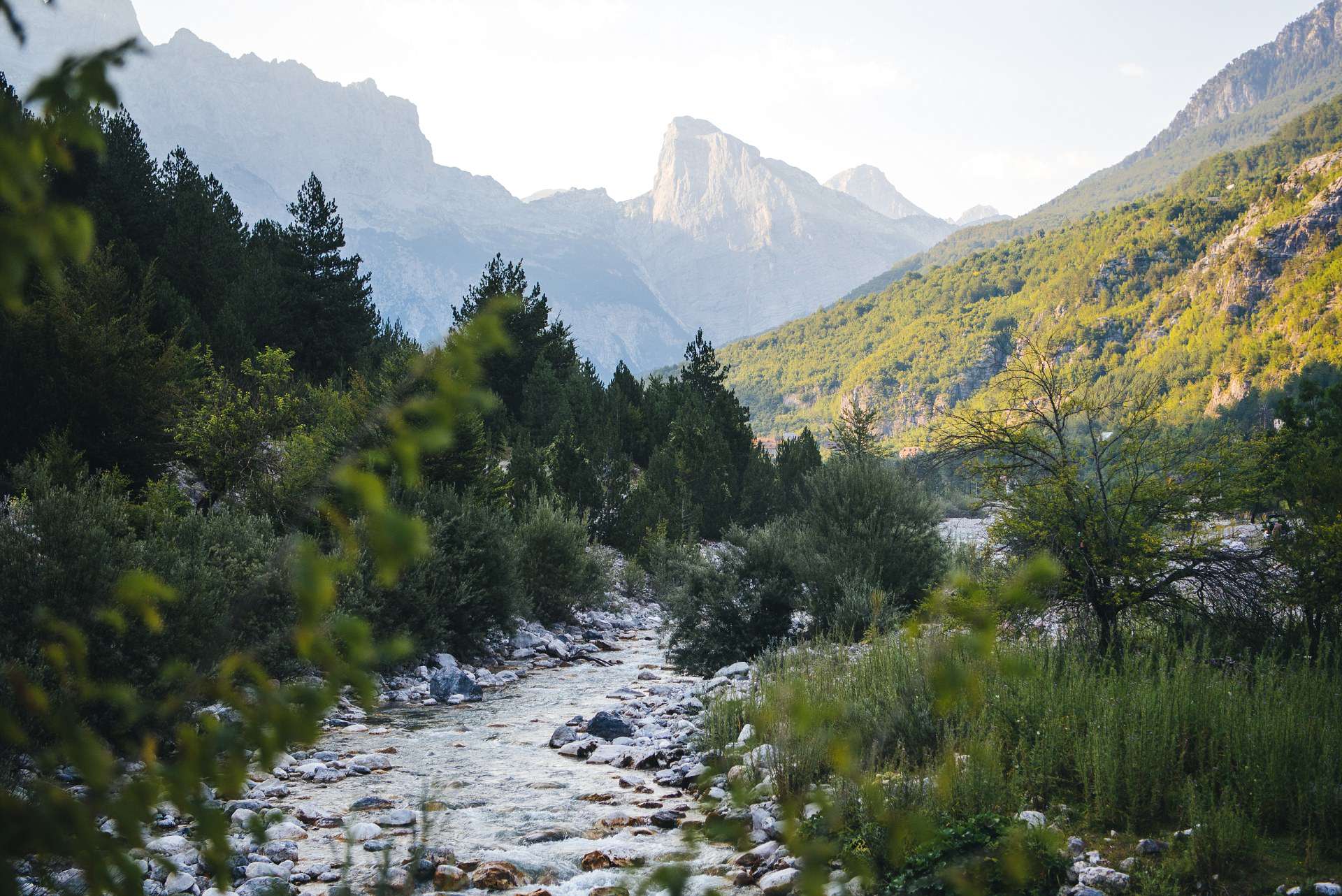 16. Lolos arrived on Svalbard in mid-June and said it was tricky to get around as much of the snow had melted and the only way to get around is via snowmobile. The above shot shows a snow-dusted valley in the Sassen-Bünsowland National Park 17. Lake Eibsee lies at the base of Zugspitze, Germany’s highest mountain at 9,678ft. Lolos said he didn’t really plan to shoot the lake, but he had a couple of hours to kill after sunrise before driving to his next destination 18. Lolos took this sunset shot while staying at Garmisch-Partenkirchen, a German ski resort in Bavaria. He said that night the ‘sky looked like it was on fire’ and everything around him turned pink 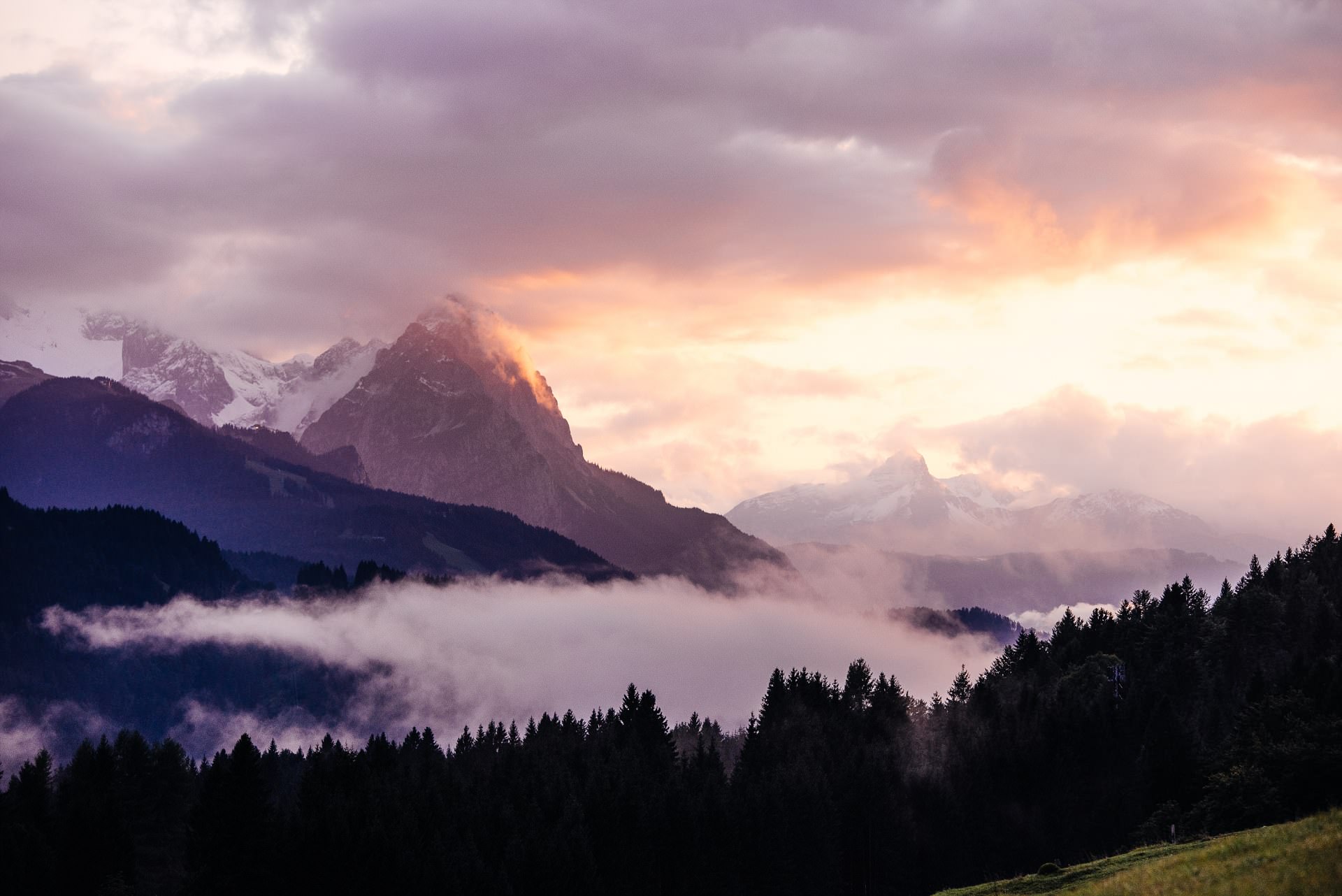 19. Lolos said as soon as he set foot in Slovenia he realized how clean the country was, compared to what he’d witnessed during the previous two months in the Balkans 20. Lolos says Meteora in central Greece is ‘one of the most incredible’ places he’s ever been with ‘crazy rock formations’ and ‘immense pillars’. He explains: ‘It’s the kind of place you need to see with your own eyes’ 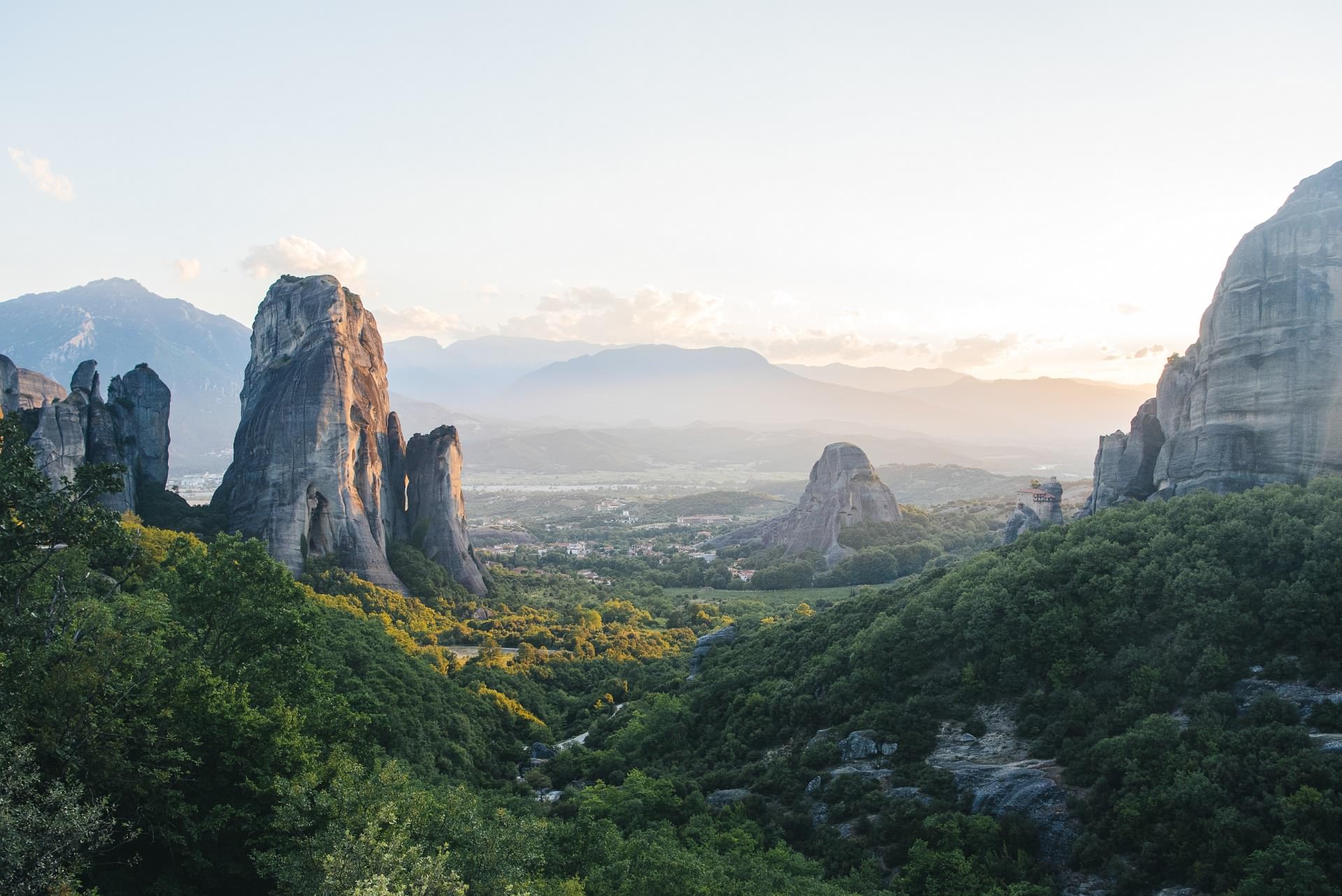