It’s a book title that is 100 per cent accurate, with images taken by 16 of the world’s leading landscape photographers who are clearly at the very top of their game. The book’s editor, Ross Hoddinott, says that ‘each photographer has been chosen because of their pedigree and reputation in… an increasingly crowded field’.

Accompanying the pictures are captions that explain how the photographer achieved the shot and technical information about the settings used.

U.S photographer Tom Mackie said of his stunning picture of Seljalandsfoss waterfall in Iceland: ‘In the winter of 2010 I visited Iceland for the first time. It was so amazing that I went back that summer to capture the midnight sun. Seljalandsfoss waterfall is an ideal location, as the position of the sun sets behind the falls at this time of year. The exposure range was too great, so I made six exposures with one-stop increments. I combined the exposures in Photomatix Pro HDR software’ 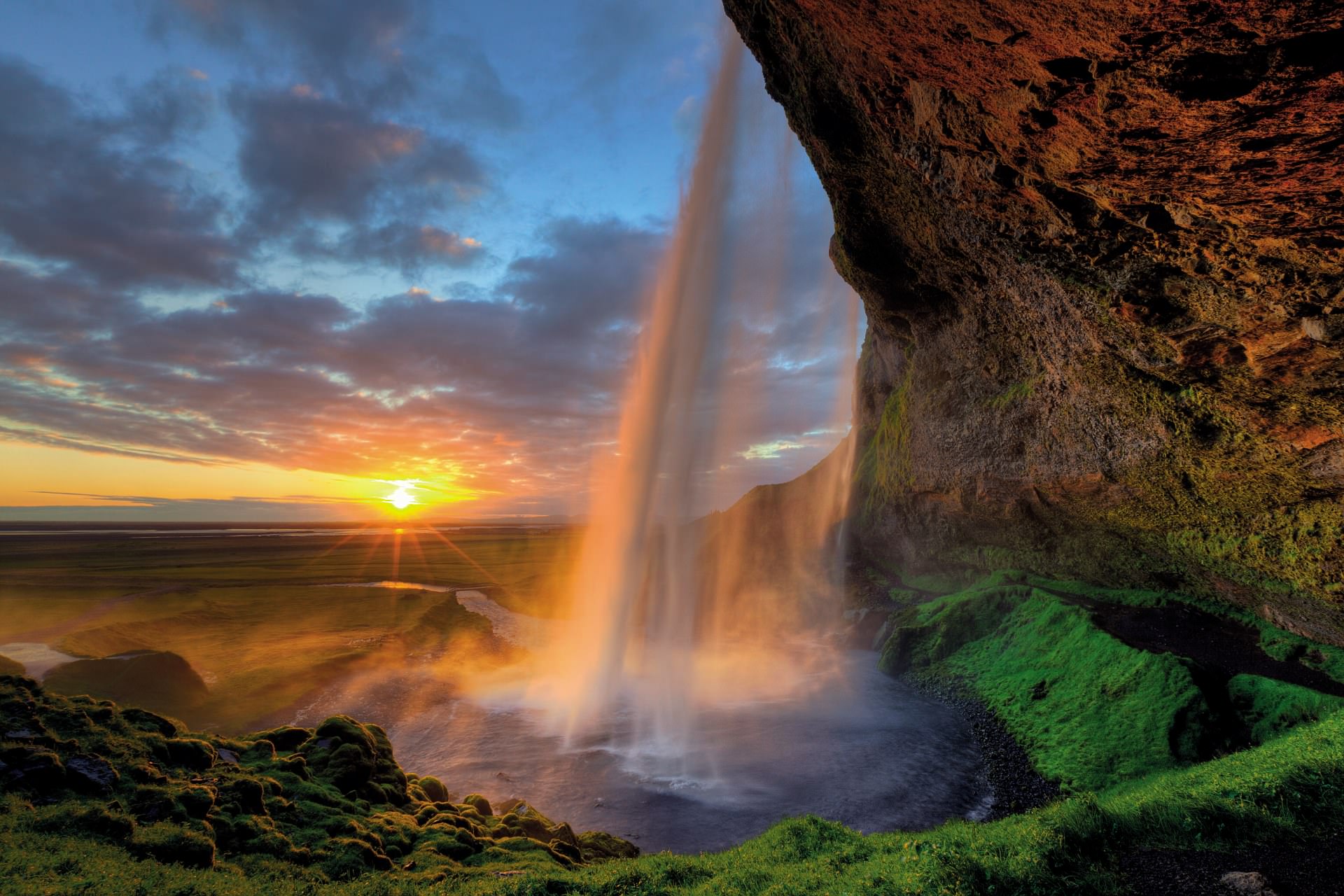