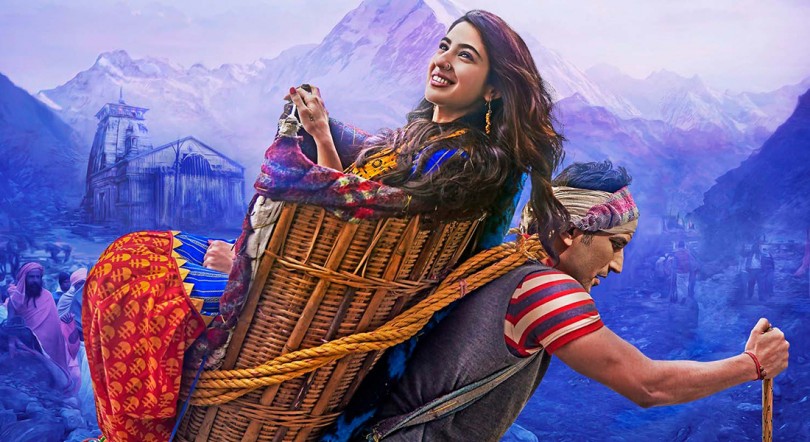 Mansoor, a reserved Muslim porter, falls in love with Mukku, the beautiful and rebellious daughter of a Hindu priest. But their love is put to the test amid misunderstandings and nature’s wrath.

In holy town of Kedarnnath a Muslim boy Mansoor drops pilgrims to their destinations as porter while Mandakini a high caste Brahmin girl is engaged to marry a boy of same caste.

Faith brings the two together but their relationship is opposed due to different caste.

Mandakini attempts suicide on the day of her marriage. But is saved by family, Mansoor promises her that he will take her out of the valley once she recovers.

Mandakini’s husband plans to kill Mansoor and drive his community out from the valley. But floods strike the region with heavy rains leaving everyone’s life in danger.

A Muslim pitthu (porter) Mansoor (Sushant Singh Rajput), who transports pilgrims and their luggage to and from Kedarnath, has a deep connect with Mahadev despite saying his namaaz every day.

And the pandits of the area, getting together to open huge hotels in the fragile valley, are turning their homeland into an ecological disaster and their own religion into business; all in the name of progress and development.

This film claims to be about the Kedarnath floods of 2013, but the catastrophe serves as an afterthought, coming in at the very end of a 1980s-type star-crossed romantic melodrama.

This is another tired story about disapproving Hindu-Muslim parents tearing lovers apart, the only twist being that the pandit patriarch is played by Nitish Bhardwaj, Lord Aquaguard Krishna himself.

It is the simplest of responses, yet carries a wealth of meaning in today’s India where the othering of minority communities has been mainstreamed and what is being said is deemed less important than who said it, their gender, their caste, their religious and regional identity.

No faith is mentioned by name in this scene and much more is left unsaid than said in the conversation that exemplifies the essence of writer-director Abhishek Kapoor’s new film.