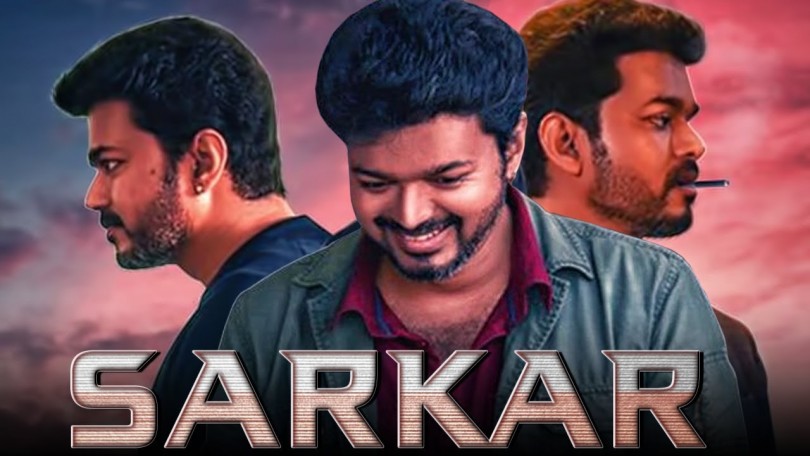 Vijay who is a corporate monster from USA comes to India to cast his vote, as it’s election day. But he soon learns that his vote has been cast by someone else.

This provokes him into action; he becomes people’s representative and gets involved in a political battle.

NRI corporate honcho Sundar Ramasamy comes to India to vote, only to learn that his vote has already been cast.

While he reclaims his right legally, it also sets in motion a chain of events that eventually lead to him entering the political fray, trying to change the system.

We see it in Sarkar (Authority), directed by AR Murugadoss (with a mile-long opening note acknowledging screenwriter and filmmaker Varun Rajendran, whose Sengol was apparently based on the same idea).

Vijay plays a hot-shot tech CEO named Sundar Ramasamy — no relation, I presume, to Sanjay Ramasamy, that forgetful chap from that other Murugadoss movie — and people call him a “monster”.

This isn’t about his appearance, of course. Trim away a few flecks of grey, and the fortysomething Vijay wouldn’t look out of place in a college.

The monstrousness refers to Sundar’s appetite: he gobbles up companies and is always on the prowl for more prey. Indian corporates are terrified when they hear Sundar is coming back to Chennai. Is he going to have them for lunch?

In a scene after Sarkar’s protagonist Sundar Ramasamy announces his candidature, he addresses the residents of a colony.

The first question thrown at the wealthy corporate honcho is whether he knows the price of tomatoes today.

While he admits his ignorance, he uses it to narrate economics, explain how it affects the financial status of the people and finally sways the people to his side.

For the large part of the movie, director AR Muragadoss tries to establish that politics is not much different from business, and Sundar, played effectively by Vijay, keeps pointing out how marketing, branding and strategising would help not only win the support of the people but also change the corrupt system.

Sarkar’s basic story outline has been the topic of discussion all over social media in the past couple of weeks and it’s quite a simple one.

A super successful NRI returns to India to cast his vote in the election but turns out it has already been cast illegally by someone else. What does he do to regain his right?

So the idea is established right from the word go. There is no time wasted in introducing the hero and his biggest conflict. But the problem with the film starts right there too. Every second scene is a build-up that mostly doesn’t serve its purpose.

The high point takes a beating after the build-up that one could find pretentious. The first half travels with the story finding expression but with a lot of filler scenes that seem artificial.