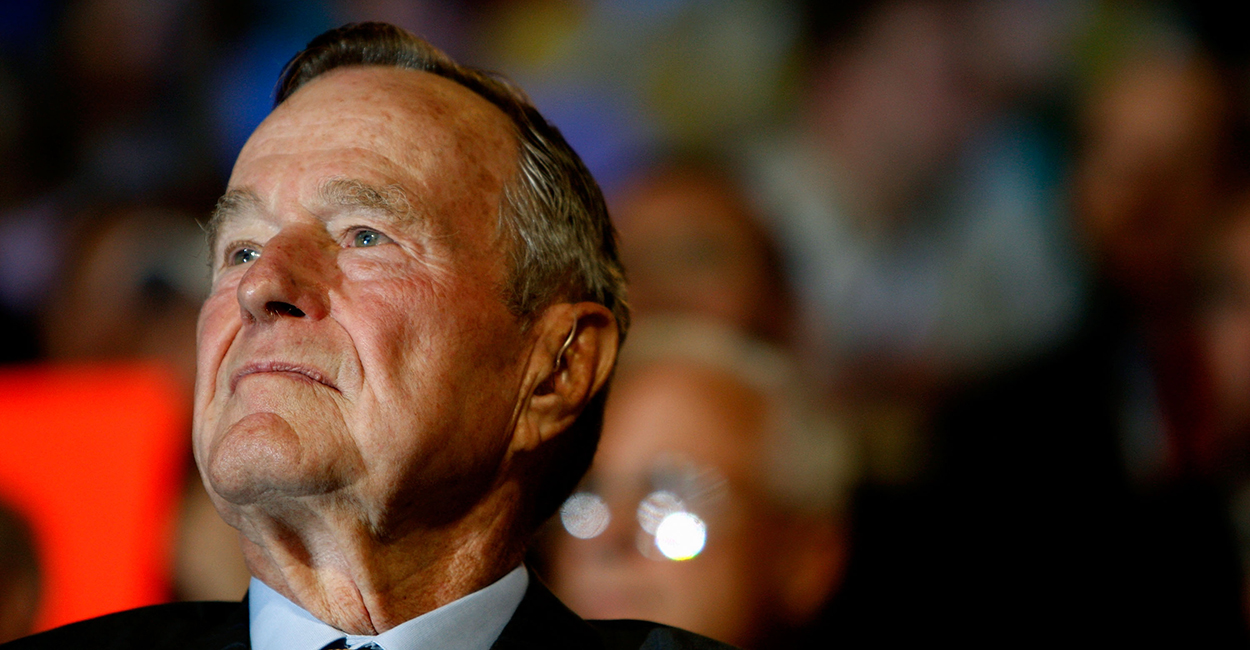 George HW Bush, the 41st US President, has died at age 94. A statement from his office said:

“George Herbert Walker Bush, World War II naval aviator, Texas oil pioneer, and 41st President of the United States of America, died on November 30, 2018. He was 94 and is survived by his five children and their spouses, 17 grandchildren, eight great-grandchildren, and two siblings. He was preceded in death by his wife of 73 years, Barbara; his second child Pauline Robinson ‘Robin’ Bush; and his brothers Prescott and William or ‘Bucky’ Bush. Funeral arrangements will be announced as soon as is practical.”

After his own 1980 presidential campaign came up short, he served two terms as Ronald Reagan’s vice president before reaching the pinnacle of political power by winning the 1988 presidential election.

The first sitting vice president to be elected to the presidency since 1836, Bush was also only the second person in US history to see his own son follow in his presidential footsteps when George W. Bush was elected in 2000.

So how much do you know about the 41st president? Here are 16 interesting facts about President George Herbert Walker Bush:

1. Bush was born on June 12, 1924 in Milton, Mass. His father was Prescott Bush, a U.S. Senator from Connecticut and a prominent businessman. Prescott Bush defeated Thomas Dodd in one of his campaigns. 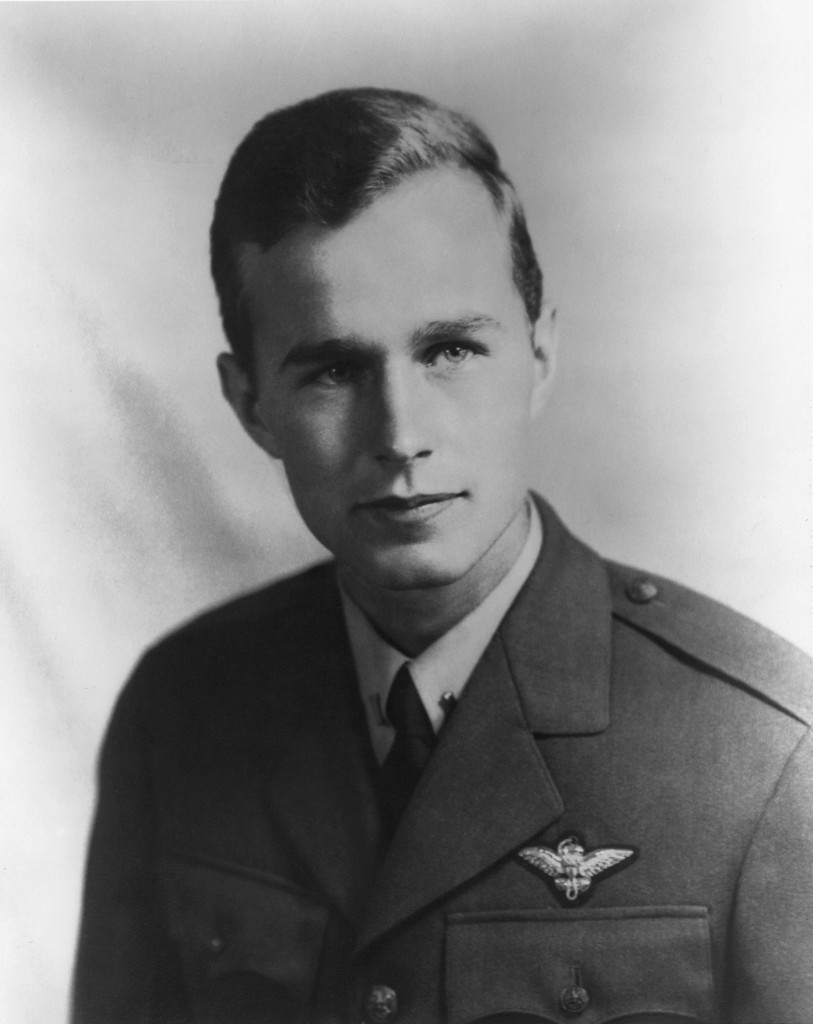 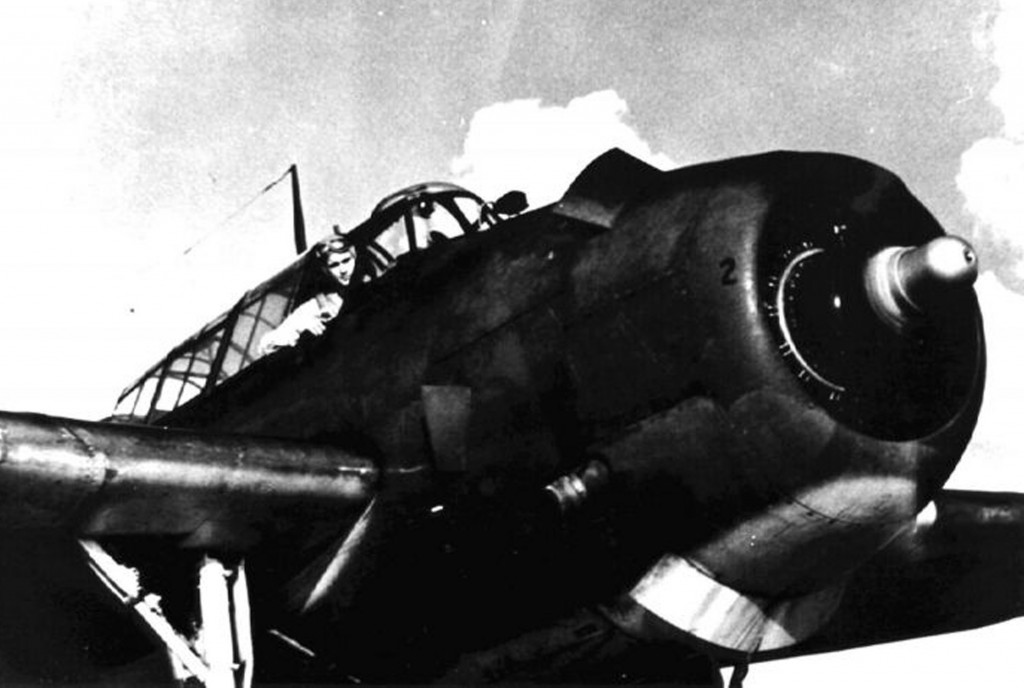 3. During World War II, he flew 58 combat missions for the Navy. 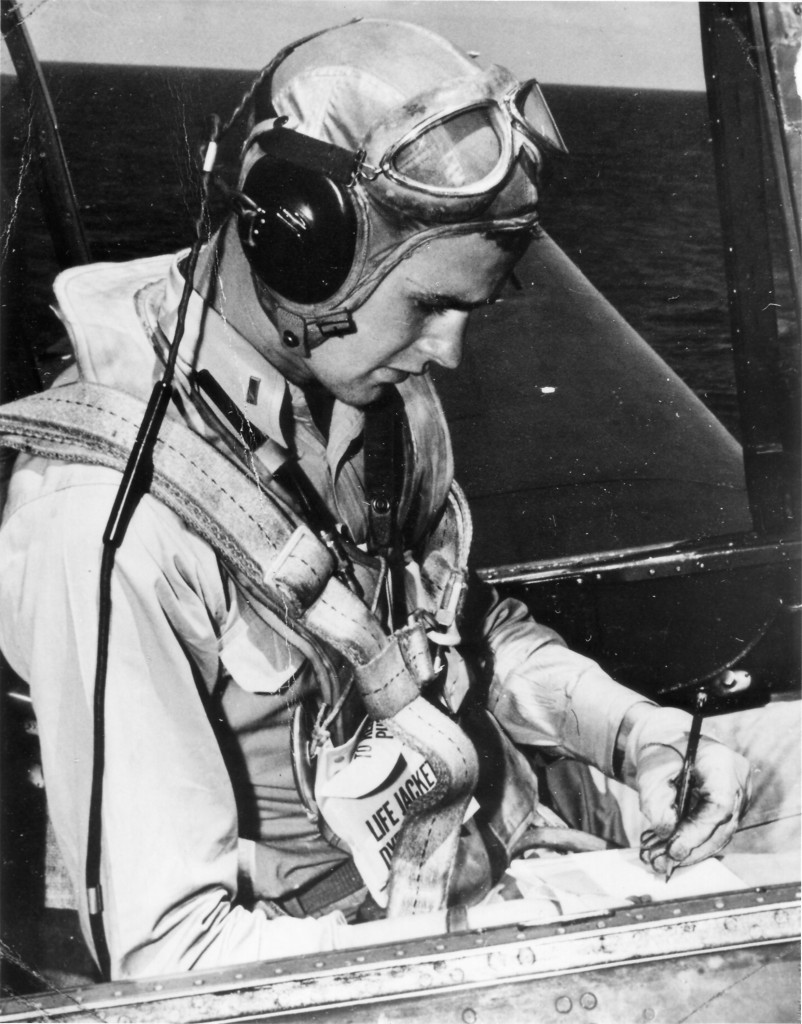 4. In college, he was captain of the Yale University baseball team and played in the first two College World Series. 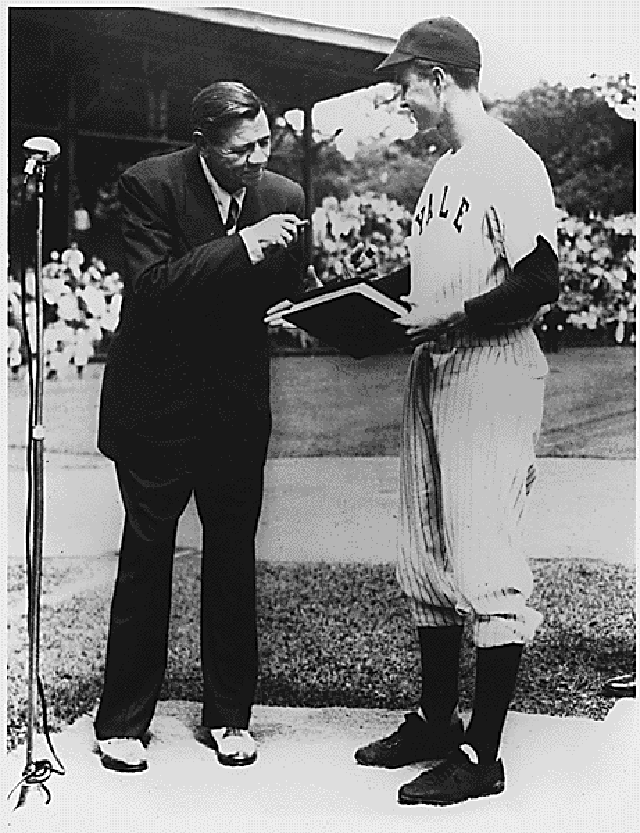 5. In July 2013, Bush shaved his head to honor the son of one of his Secret Service agents, who was suffering from leukemia. 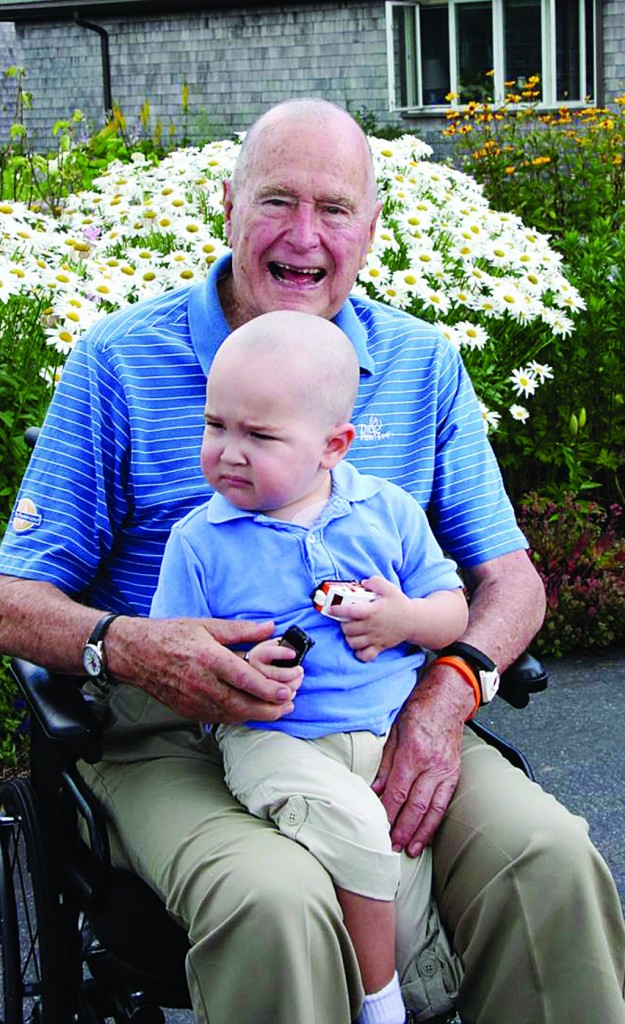 6. After winning a seat in the House of Representatives in 1966, Bush was on the fast track in the GOP. But President Nixon asked him to give up his House seat in 1970, in a move that led to Bush losing to Lloyd Bentsen in a Senate race. A grateful GOP gained more respect for Bush. 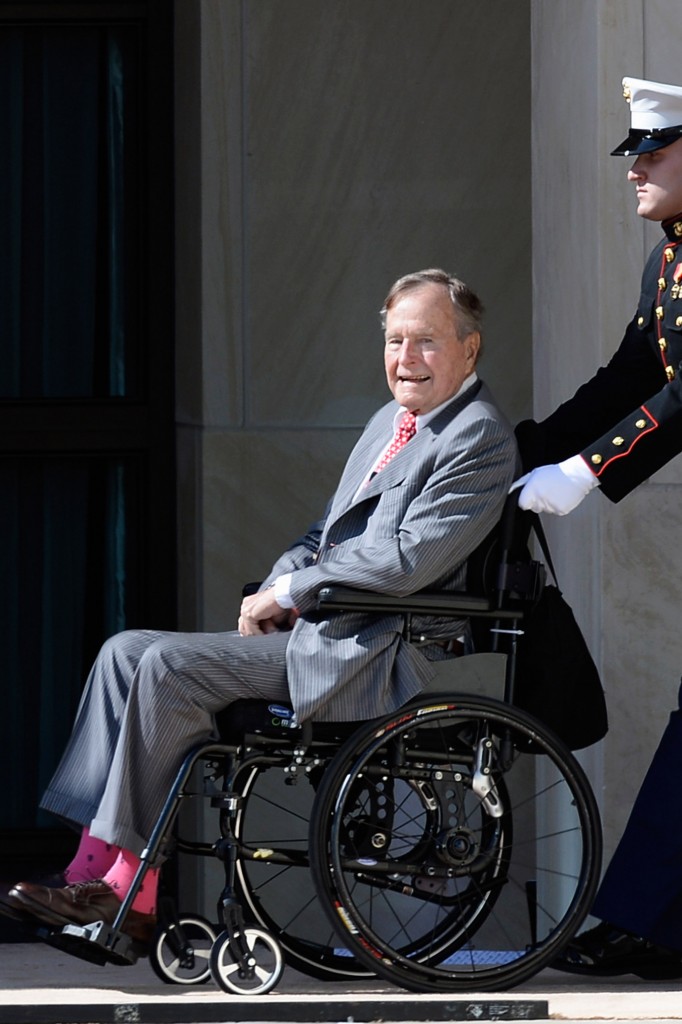 7. He is the second president to be the father of another U.S. president. 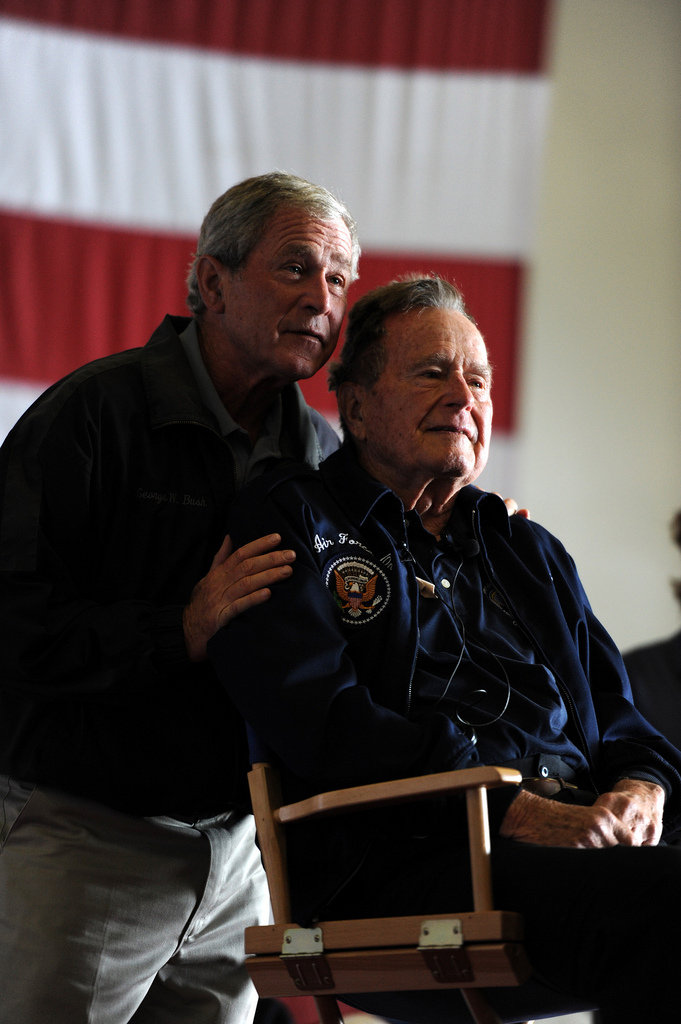 8. How grateful was the GOP? In the 1970s, Bush was the ambassador to the United Nations, the chairman of the Republican National Committee, the U.S. envoy to China, and the director of the CIA—all before 1977. 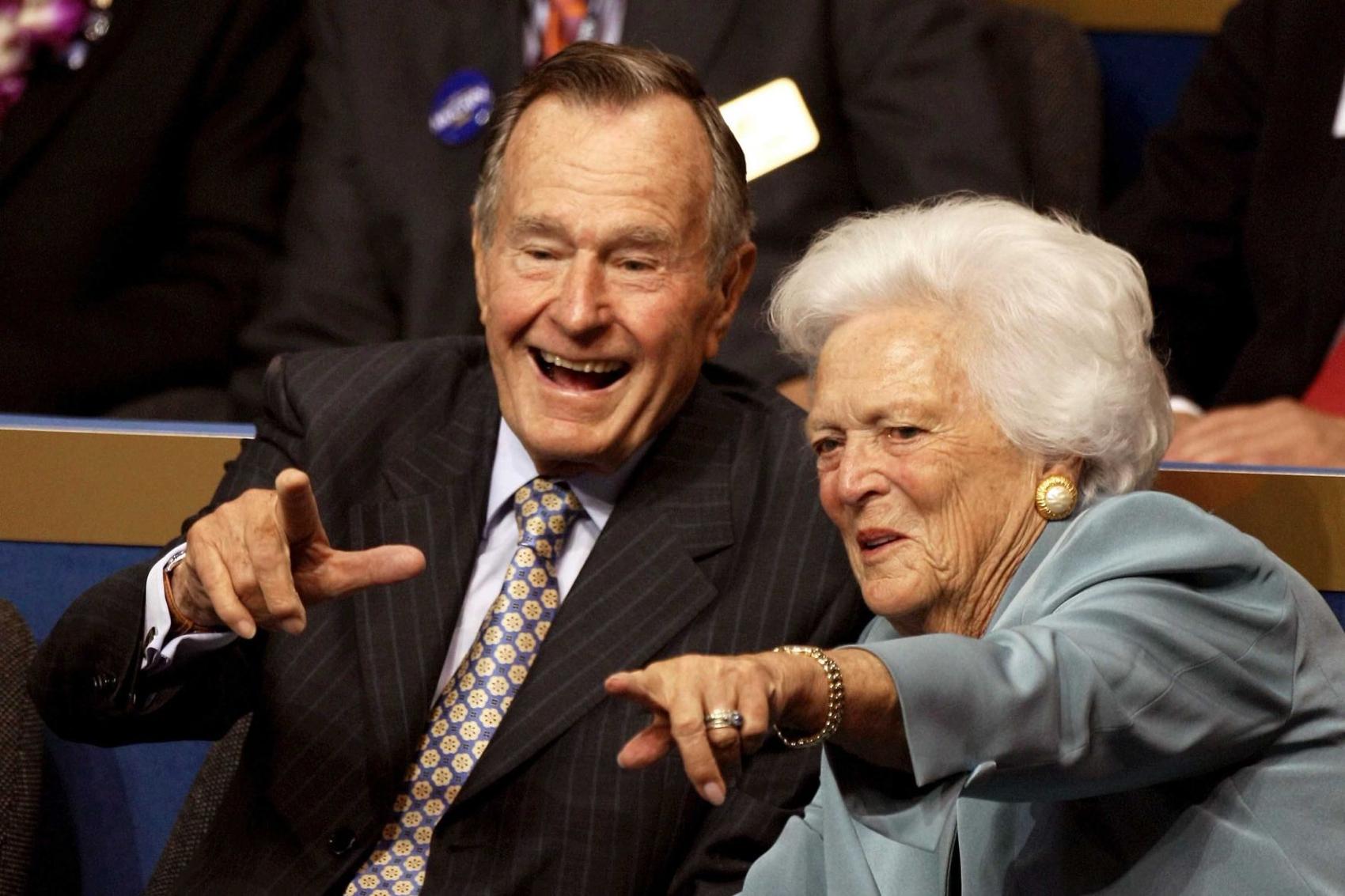 9. After the devastation of Hurricane Katrina, Bush and former president Bill Clinton formed the Bush-Clinton Katrina Fund to help victims in Louisiana. 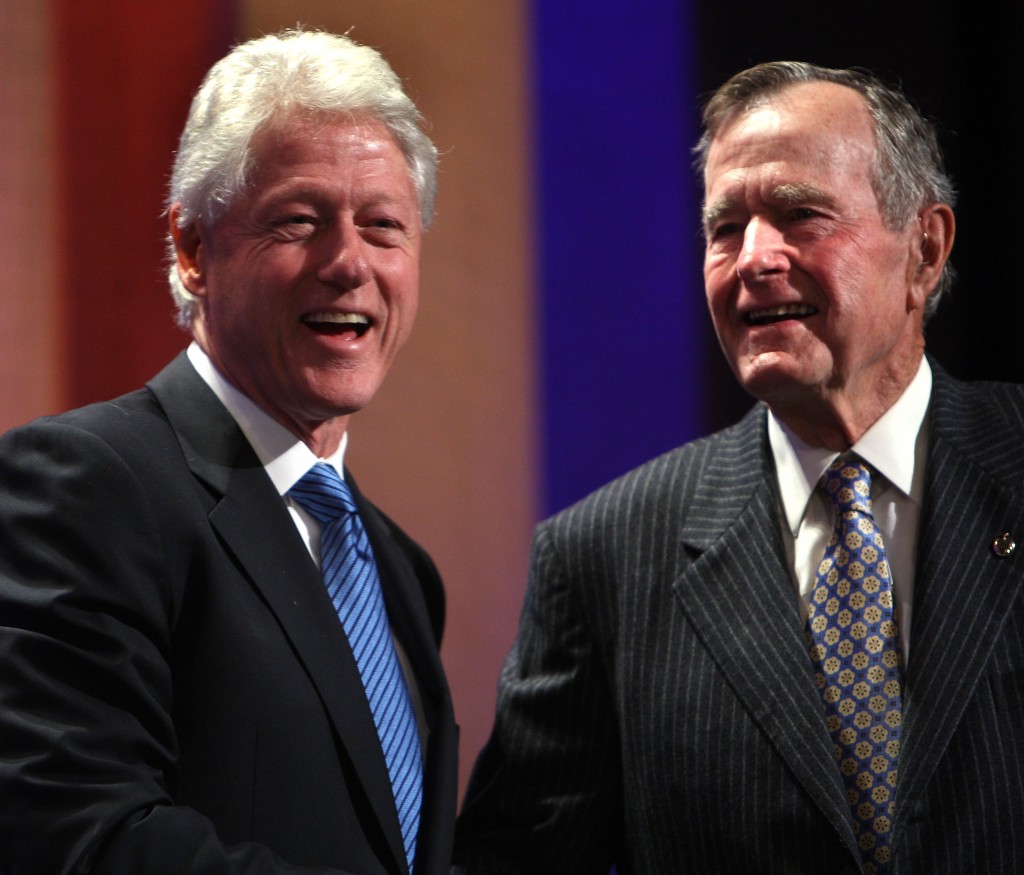 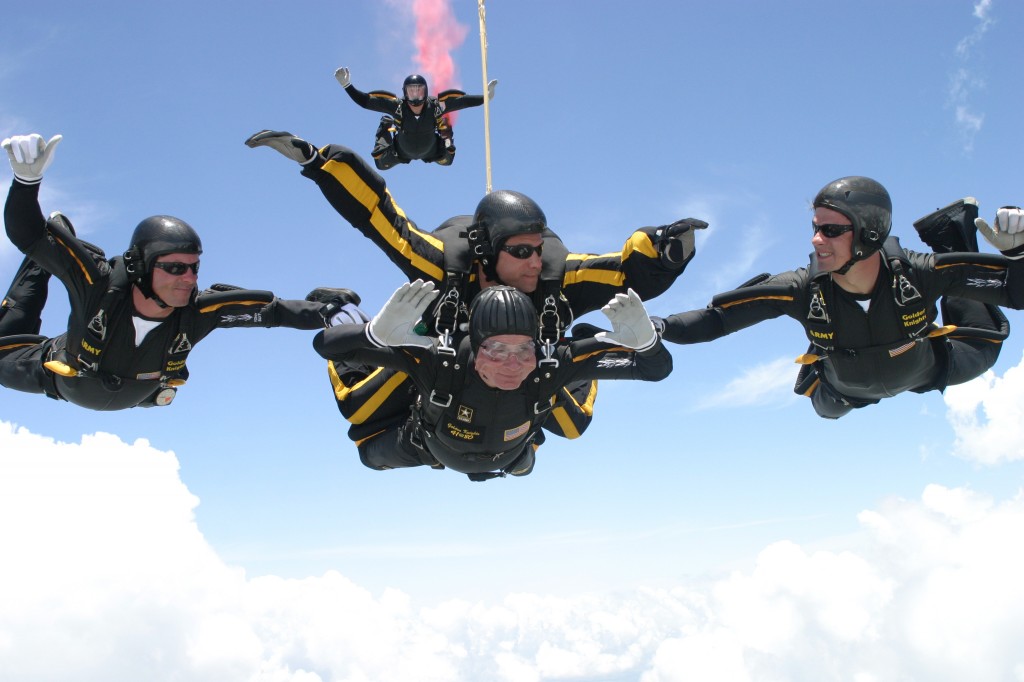 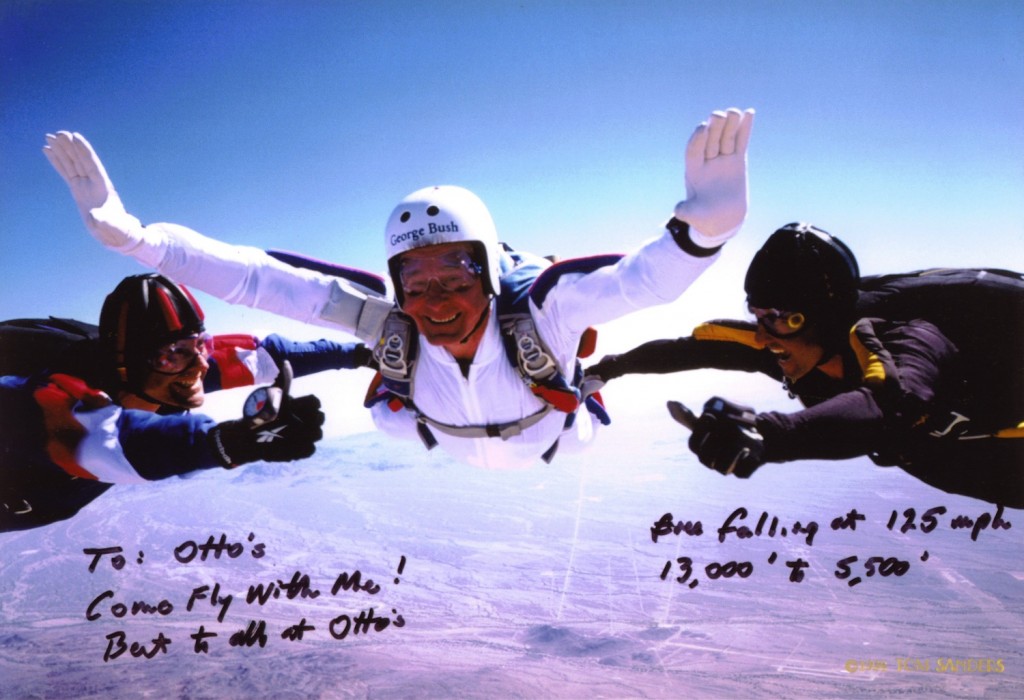 12. At 90 years old, he went for a birthday skydive for the fourth time. 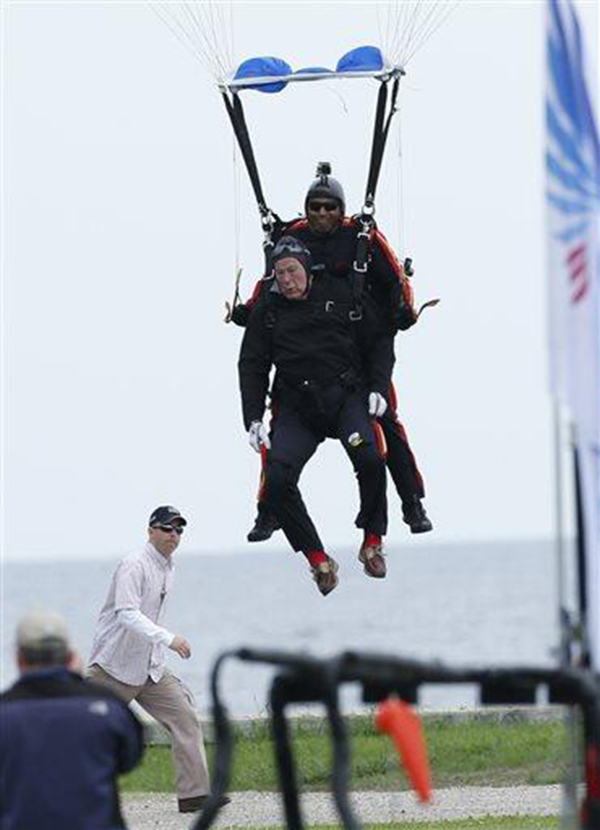 13. While vice president for Ronald Reagan, Bush acted as president for eight hours while President Reagan was in surgery after being shot. 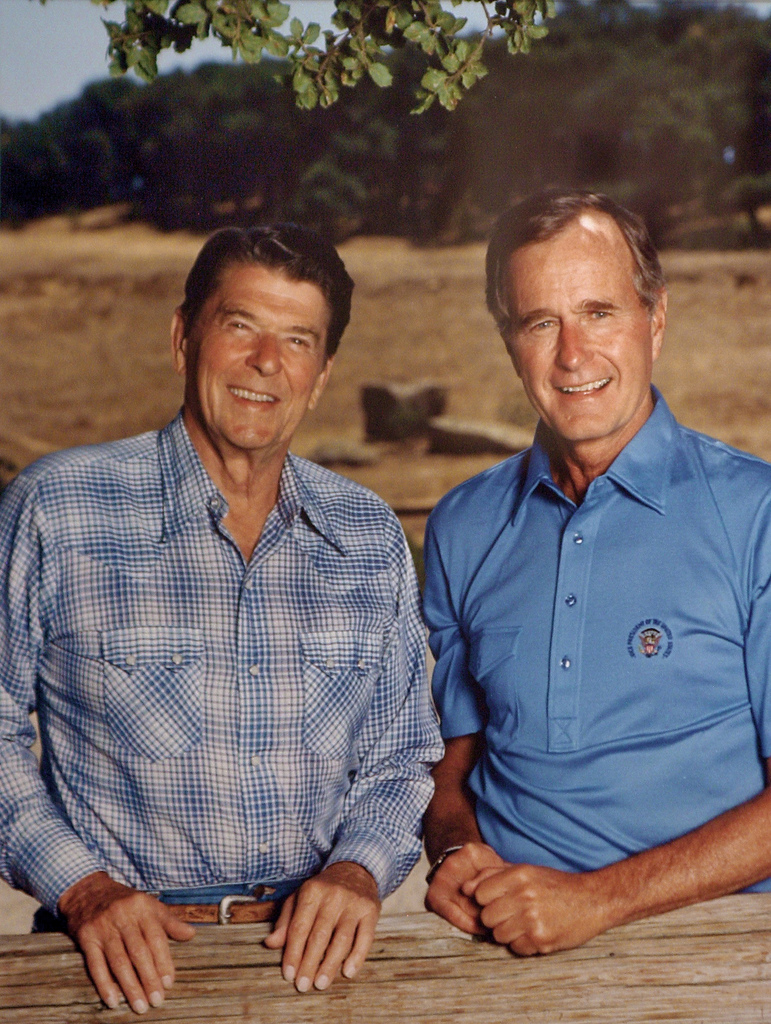 14. His family’s springer spaniel, Millie, was once referred to as “the most famous dog in White House history.” Millie’s room was once Nancy Reagan’s beauty parlor. 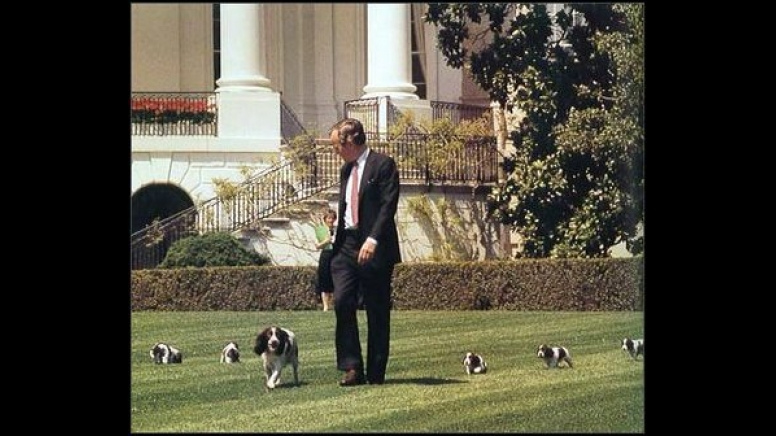 15. He doesn’t like broccoli. “I do not like broccoli,” the President said in response to questions about his “broccoli ban” aboard Air Force One, “And I haven’t liked it since I was a little kid and my mother made me eat it. And I’m President of the United States, and I’m not going to eat any more broccoli!” 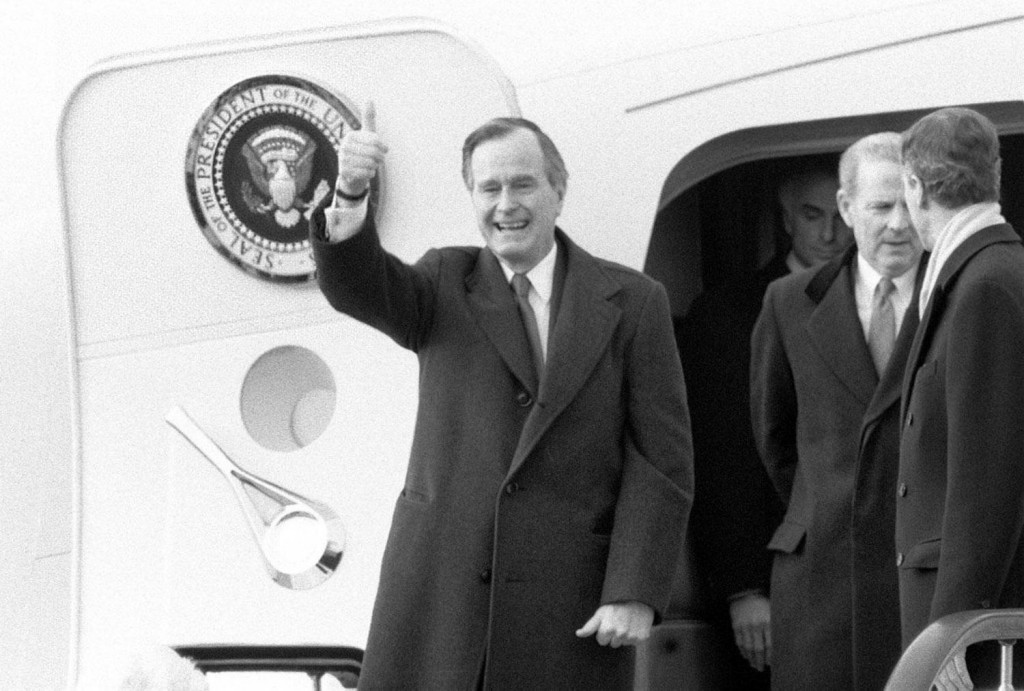 16. When George W. Bush was elected president in 2000, it was only the second time that a father and son had been elected president. John Adams and John Quincy Adams were the first father-son duo.