Home » Entertainment » Facts About Raging Bull For Its 40th Anniversary 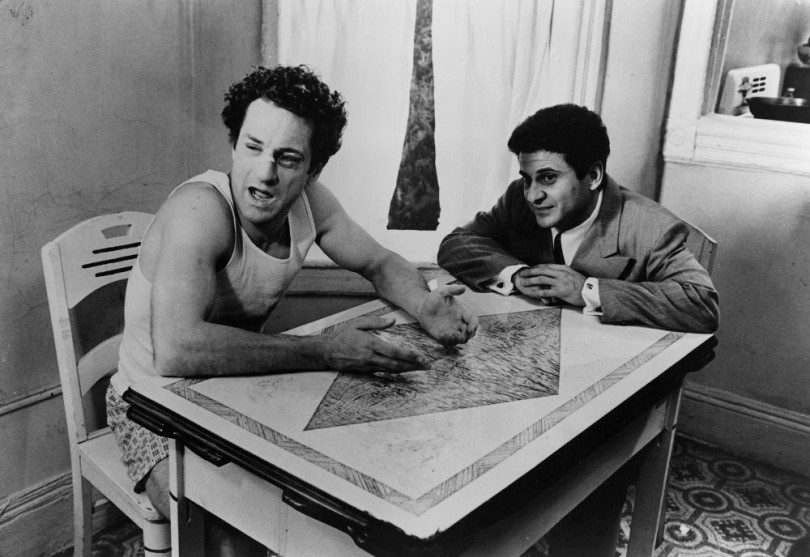 Martin Scorsese’s masterpiece Raging Bull is widely hailed as the greatest boxing movie ever made. Robert De Niro won the Oscar for Best Actor for this film.

It also happens to be the movie that earned Martin Scorsese his first nomination for Best Director. The movie is ranked #146 on IMDB’s Top 250 Movies of All Time. The film turned 40 in December, 2020. We have collected 20 interesting facts about Raging Bull.

1. When the real Jake LaMotta saw the movie, he said it made him realize for the first time what a terrible person he had been. He asked the real Vicki LaMotta “Was I really like that?”. Vicki replied “You were worse.”

2. In 1978, when Martin Scorsese was at an all-time low due to a near overdose resulting from an addiction to cocaine, Robert De Niro visited him at the hospital, and told him that he had to clean himself up and make this movie about a boxer. At first, Scorsese refused (he didn’t like sports movies anyway), but due to De Niro’s persistence, he eventually gave in. Many claim (including Scorsese) that De Niro saved Scorsese’s life by getting him back into work.

3. In preparation for his role, Robert De Niro went through extensive physical training, then entered in three genuine Brooklyn boxing matches and won two of them.

4. When Martin Scorsese visited some boxing matches, he was immediately struck by two images: the blood-soaked sponge wiped across the fighter’s back, and the pendulous drops of blood hanging off the ropes.

5. The reasons why the film was made in black and white were mainly to differentiate it from “Rocky (1976),” as well as for period authenticity. Another reason was that Martin Scorsese didn’t want to depict all that blood in a color picture. Also, in the book, Jake LaMotta says “Now, sometimes, at night, when I think back, I feel like I’m looking at an old black and white movie of myself. Why it should be black and white I don’t know, but it is.” 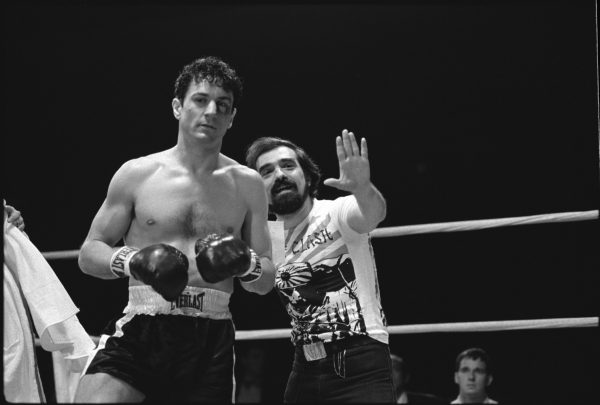 6. Robert De Niro accidentally broke Joe Pesci’s rib in a sparring scene. This shot appears in the film: De Niro hits Pesci in the side, Pesci groans, and there is a quick cut to another angle.

7. To achieve the feeling of brotherhood between the two lead actors, Robert De Niro and Joe Pesci lived and trained with each other for some time before filming began. Ever since then, the two have been very close friends.

8. Robert De Niro did as many as one thousand rounds, when training with the real Jake LaMotta. He thought De Niro had what it took to become a professional contender.

9. Martin Scorsese shunned the idea of filming the boxing scenes with multiple cameras. Instead, he planned months of carefully choreographed movements with one camera. He wanted the single camera to be like “a third fighter”.

10. Sound effects for punches landing were made by squashing melons and tomatoes. Sound effects for camera flashes going off were sounds of gunshots. The original tapes were deliberately destroyed by the sound technician Frank E. Warner, to prevent them being used again.

11. Joe Pesci, at the time a frustrated, struggling actor, had to be persuaded to make the film rather than return to the musical act he shared with fellow actor Frank Vincent.

12. Robert De Niro and Joe Pesci are really punching each other in the famous “hit me” scene.

13. Robert De Niro read the autobiography of Jake LaMotta while filming “The Godfather: Part II (1974)” and immediately saw the potential for a film to make with his collaborator, Martin Scorsese. It took over four years for De Niro to convince everyone, including Scorsese, to get on-board for this film.

14. To show up better on black-and-white film, Hershey’s chocolate was used for blood.

16. The film was edited in Martin Scorsese’s New York City apartment every night after filming for the day had finished.

17. Martin Scorsese was, at one stage, so startled by Robert De Niro’s weight gain that he shut down production, fearing for the actor’s health.

18. This differs radically from other boxing movies like “Rocky (1976)” and “Body and Soul (1981),” in that the camera was inside the ring for the fight scenes, not outside the ropes.

19. The real Jake LaMotta was partially deaf for most of his life, so most of his anger came out of not understanding what people were saying. He had a thirty percent use in his right ear, and seventy percent in the left.

20. The scene where Vicki LaMotta is first introduced to Jake LaMotta by the chain-linked fence was completely improvised by Cathy Moriarty and Robert De Niro.