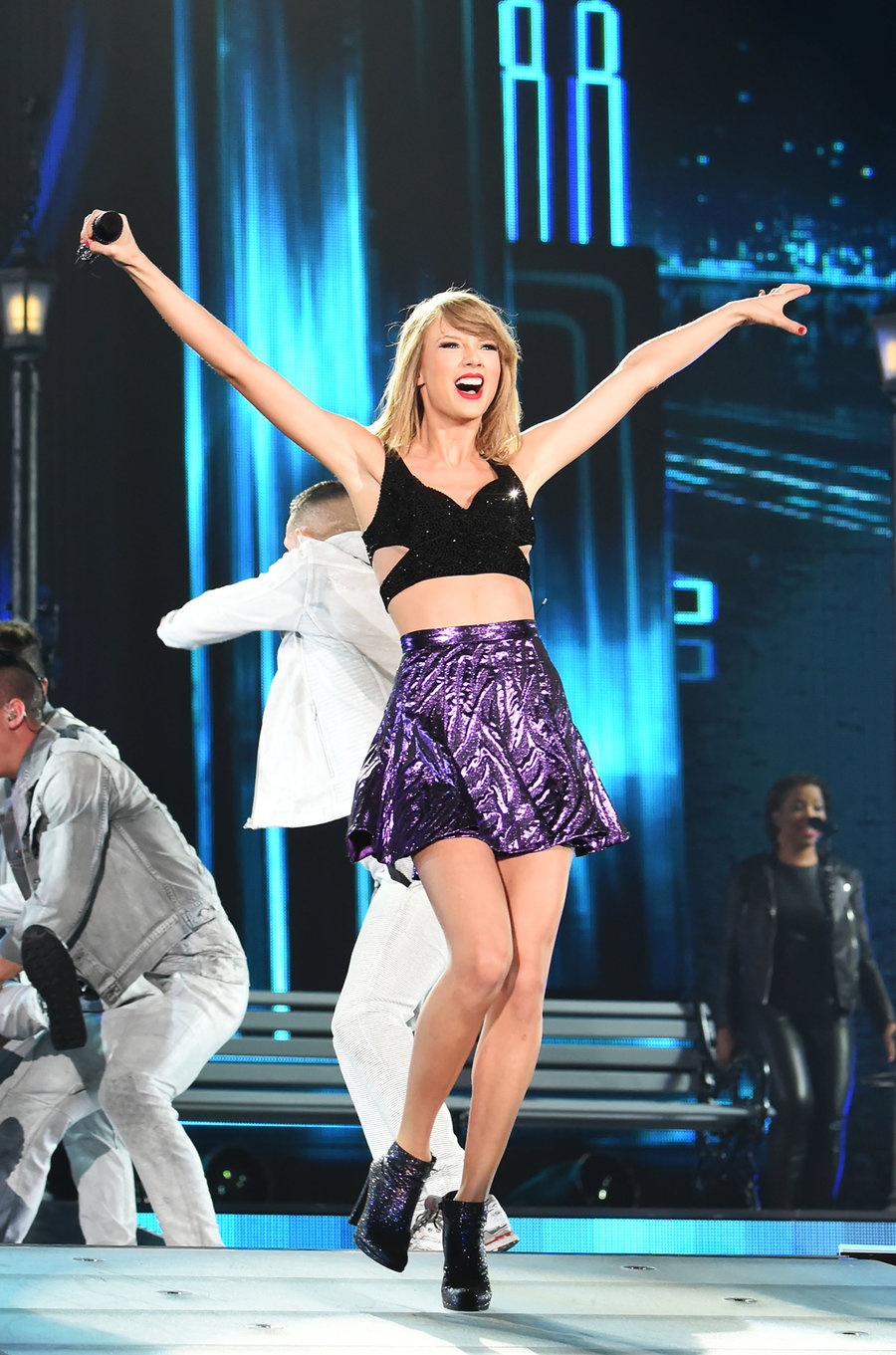 Taylor Swift’s Biggest Billboard Hits chart is based on actual performance on the weekly Billboard Hot 100, through the Sept. 9, 2017, ranking. Songs are ranked based on a point system, with weeks at No. 1 earning the greatest value and weeks at No. 100 earning the least. Due to changes in chart methodology over the years, certain eras are weighted to account for different chart turnover rates over various periods.

Written solely by Swift, this twangy love song got a boost from the Valentine’s Day soundtrack (which featured a cameo by Swift) after hitting No. 10 after its release on the Fearless platinum edition.

The 2008 song was first released as one of the themes for that year’s U.S. Olympic team, later earning a spot on the Fearless tracklist. It hit No. 10 on the Hot 100.

Runaway grooms everywhere found an anthem in “Speak Now,” which soared to No. 8 on the Hot 100.

Taylor was a guest on noted flat-earth-truther B.o.B’s 2012 album Strange Clouds for this country-rap single, which hit No. 18 on the Hot 100.

Swift went folky for this 2011 collaboration with The Civil Wars, which was released on the Hunger Games soundtrack. It reached No. 30 on the Hot 100.

The upbeat, starry-eyed 2010 single off Swift’s sophomore album of the same name eventually hit No. 9 on the Hot 100.

The 2011 Taylor Swift song, which she wrote ate age 16, climbed to No. 17 on the Hot 100 after being released as the final single off Speak Now.

The mellow, acoustic song (possibly about Jake Gyllenhaal) debuted at No. 7 on the Hot 100 after being released as a promotional single off Red in September 2012.

The jilted lover’s anthem off Taylor Swift, inspired by Swift’s high school boyfriend, reached No. 28 on the Hot 100.

The second Hunger Games soundtrack single from Swift, “Eyes Open” peaked at No. 19 on the Hot 100 following its 2012 release.

Swift’s cutesy, banjo-featuring single off Speak Now debuted and peaked at No. 13 on the Hot 100.

Taylor clapped back at her critics (rumors suggest music industy analyst Bob Lefsetz as the specific target) with “Mean,” which debuted (and peaked) at No. 11 in 2010 — Swift’s third Hot Shot Debut in as many weeks amid the rollout of Speak Now.

This confessional 2009 Taylor Swift song which shouts out the singer’s original squad member Abigail Anderson evidently resonated with teens everywhere, peaking at No. 23.

20. Today Was a Fairytale

This ode to a dream date, fittingly off 2010’s Valentine’s Day soundtrack, debuted and peaked at No. 2 on the Hot 100.

Power poppers Boys Like Girls brought in Swift for the assist on this 2009 single, which peaked at No. 18.

Rumored to be about Swift’s short-lived relationship with Taylor Lautner, the ballad entered and crested at No. 6 on the Hot 100 in 2010.

24. Teardrops on My Guitar

We’re up to the top 10, where half the titles are from Swift’s pop segue opus 1989. Entering the chart after Swift performed the track at the 2014 Victoria’s Secret fashion show, the third single off the album peaked at No. 6.

The chemistry of Swift/Max Martin/Shellback remained infallible with “Wildest Dreams,” which peaked at No. 5 on the Hot 100 in November 2015.

Swift released the brooding Zayn duet as her first post-1989 single. The Fifty Shades Darker song rose to No. 2 on the Hot 100 in March 2017.

Fueled by a squad-flaunting video (and a highly anticipated appearance by Kendrick Lamar), Swift’s diss track (allegedly aimed at Katy Perry) hit No. 1 (for one week) following the clip’s debut at the 2015 Billboard Music Awards.

30. We Are Never Ever Getting Back Together

The irresistible anthem (supposedly taking aim at Harry Styles again) debuted at No. 3 in October 2012, eventually peaking at No. 2.

The melodic masterpiece, and fairytale-themed lead single off Fearless, peaked at No. 4 on the Hot 100 in 2009.

The monster crossover hit dominated airwaves in 2009, peaking at No. 2 on the Hot 100. It also became the first country song to top the all-genre Radio Songs chart (after “Love Story” had reached No. 2).

Swift’s devil-may-care anthem found her unabashedly looking for pop dominance, and she found it: The single ruled the Hot 100 for four weeks and stands as her biggest charting single to date.