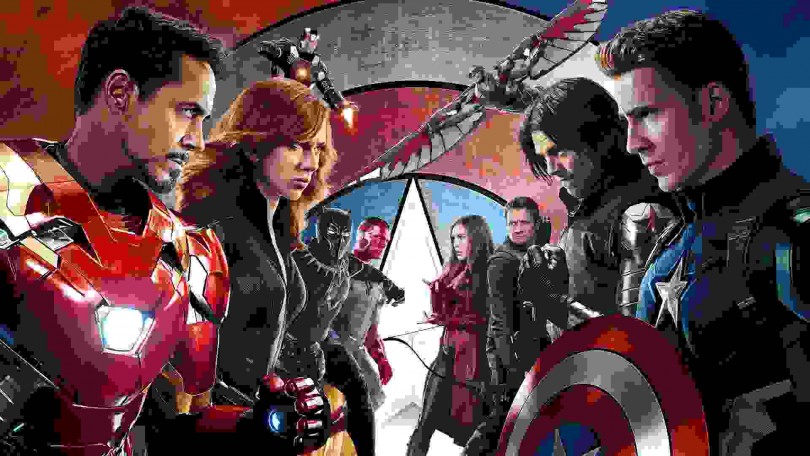 With many people fearing the actions of superheroes, the government decides to push for the Hero Registration Act, a law that limits a hero’s actions. This results in a division in The Avengers.

Iron Man stands with this Act, claiming that their actions must be kept in check otherwise cities will continue to be destroyed, but Captain America feels that saving the world is daring enough and that they cannot rely on the government to protect the world.

This escalates into an all-out war between Team Iron Man  and Team Captain America while a new villain emerges.

We can’t accept limitations, we’re boundaryless, we’re no better than the bad guys.”So says Iron Man (aka Tony Stark) in “Captain America Civil War,” perhaps one of the most politically nuanced films ever released as a tentpole in a blockbuster franchise.

This is a movie with a distinct social message, one that merits detailed analysis, but in order for that to happen, I’ll need to give away key plot points from the film.

As a result, major spoilers follow this paragraph. Back to Stark: “Captain America: Civil War” tells the story of an international agreement known as the Sokovia Accords that requires superheroes to register with the government and operate only “when” and “if” a United Nations panel deems it necessary.

Captain America (aka Steve Rogers) immediately opposes this on the grounds that it violates their civil liberties, while Iron Man supports it because he believes that (as another character puts it) “victory at the expense of the innocent is no victory at all.”

Because superheroes often cause significant loss of life and property, the argument for accountability makes a great deal of sense — indeed, it’s practically self-evident.

Yet by the end of “Captain America: Civil War,” the plot has decisively sided with Captain America and forced Iron Man to come around to his position … in this writer’s opinion, incorrectly so.

The war is over. Marvel’s Captain America: Civil War, the 13th of the interlocking films from the comics publisher-turned movie studio, isn’t just a critical and commercial smash, it’s also being hailed as the pinnacle of the superhero genre.

More than that, it’s being trumpeted as Marvel’s ultimate victory over its rival, DC, which has just released its own hero-against-hero smackdown, the widely reviled Batman v Superman: Dawn of Justice.

Judging by their respective box office grosses and critics’ ratings, Marvel’s superheroes are soaring higher than ever while DC’s are crashing to earth faster than a speeding bullet. But I’m not sure that Marvel’s triumph is quite as unqualified as that.

Timorous, paunchy, and pale, with a sad mustache and a pair of rimless glasses, David (Colin Farrell) checks into a rural hotel.

He expects to remain for forty-five days, and, like the other guests—all of whom, male and female, are unattached—he must use the time to procure a suitable mate.

Anyone who flunks that task will suffer an unusual penalty. As the hotel manager (Olivia Colman) says to David, “The fact that you’ll turn into an animal if you fail to fall in love with someone during your stay here is not something that should upset you or get you down.

Just think, as an animal you’ll have a second chance to find a companion.” She advises him that, if transfigured, he should limit his choice of a sweetheart to the same species.

“A wolf and a penguin could never live together, nor could a camel and a hippopotamus,” she says. After a moment, she adds, “That would be absurd.” As if everything else she has mentioned is utterly normal.