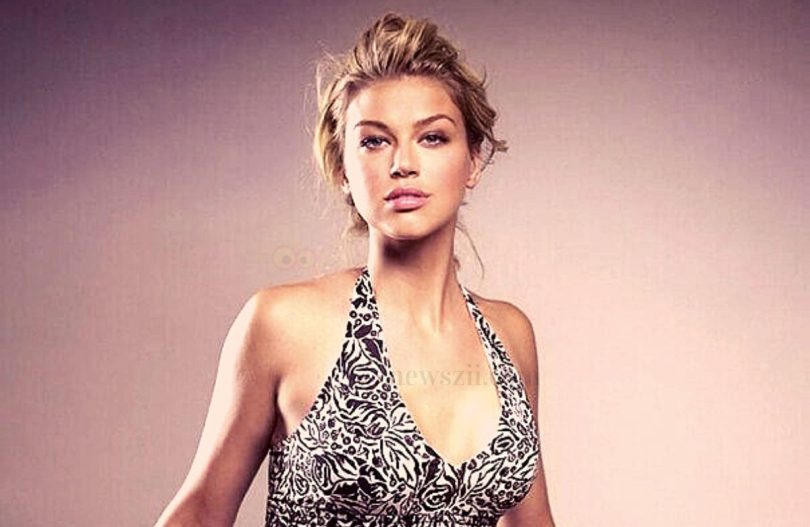 Adrianne Palicki is an American actress best known for her roles in Friday Night Lights and Agents of S.H.I.E.L.D.

She has also appeared in a number of films, including Red Dawn and GI Joe: Retaliation. Some of Palicki’s most notable film roles include “Legion,” “Red Dawn,” “G.I. Joe: Retaliation,” and “John Wick.”

Adrianne Lee Palicki was born on May 6th of 1983 in Toledo, Ohio.

Adrianne Palicki has a net worth of $4 million dollars. Most of her wealth has come from her work as an actress, though she has also earned money through modeling and endorsement deals.

In recent years, Adrianne Palicki’s net worth has continued to grow as she has taken on more high-profile roles. As her career continues to flourish, it is likely that her net worth will continue to increase.

After beginning her acting career with a few small roles, Palicki landed a role on the series “Smallville” in 2004. Since then, she has become involved in many superhero-related projects.

Adrianne expanded her career with appearances on shows like “”Quintuplets,” “CSI: Crime Scene Investigation,” “The Robinsons: Lost in Space,” and “North Shore.” She has also appeared in the 2005 film “Popstar” during this time.

In 2010, she starred in the reboot of “Red Dawn” and played Wonder Woman in the 2011 pilot for NBC’s “Wonder Woman” series. She has also had recurring roles on shows like “Supernatural,” “Agents of S.H.I.E.L.D.,” and “Friday Night Lights.”

Palicki’s filmography includes roles in “Legion,” “G.I. Joe: Retaliation,” and “John Wick.” She will next be seen in the upcoming films “Aquaman” and “The Reckoning.”

Following a memorable appearance in the popular internet series “Drunk History” in the early 2010s, Adrianne Palicki continued her television career. She had a starring role in the short-lived action series “The Orville” from 2017 to 2019.

During her time on “The Orville,” Palicki also appeared in a couple of movies, most notably “A.I. Artificial Intelligence” and “John Wick.” She has also done voice work for the animated series “Robot Chicken” and the video game “Infinite Crisis.”

“The Orville” was a significant step forward in Palicki’s career, and she was nominated for a Saturn Award for Best Actress on Television. This program adds a humorous spin to the aged science-fiction paradigm and has met with acclaim from both fans and critics.

“The Orville” is a science fiction television series set 400 years in the future that follows the adventures of the crew of the titular spaceship.

A large number of Palicki’s television pilot appearances have been for superhero or related roles that were never picked up by the major studios. In December 2009, she played the role of Adrianne Frost in the NBC television pilot for the superhero drama The Cape. In 2010, she appeared in the Syfy television pilot Riverworld as Sam.

She also had a major guest role in the final season of the CBS science fiction drama Jericho, where she played the role of Dale Turner, a love interest for Jake Green (Skeet Ulrich). Also in 2010, she did an episode of The Super Hero Squad Show. She also played the role of Becky in the short-lived ABC Family series Huge.

In 2011, Palicki began a recurring role in the sixth season of the NBC comedy-drama Friday Night Lights as Becky Sproles, a former beauty queen with eating disorders who becomes a nanny for Tim Riggins (Taylor Kitsch) and his girlfriend Veronica (Adrianne Palicki). The following year, she landed the lead role in the short-lived NBC sci-fi drama Awake as Detective Jessica Snowden. She also guest-starred in an episode of the Fox series House.

In 2013, Palicki was cast as Lady Jaye in the G.I. Joe: Retaliation, replacing Rachel Nichols in the role. She also guest-starred on an episode of the NBC sitcom Parks and Recreation as April Ludgate’s older sister Natalie. In 2014, she starred in the lead role in the action comedy film John Wick as Ms. Perkins, a professional assassin who works for the Russian mob.

On the set of “John Wick,” Palicki ran into her ex-fiancee, stuntman Jackson Spidell. However, the two did not marry. On the set of “The Orville,” Adrianne met actor Scott Grimes.

Adrianne and Scott Grimes eventually got married. Two months following the wedding, Adrianne filed for divorce. She subsequently requested to have her initial divorce filing dismissed, which was granted. In 2020, she began the process of divorcing again.