Home » Health » An Overview On Ashwagandha 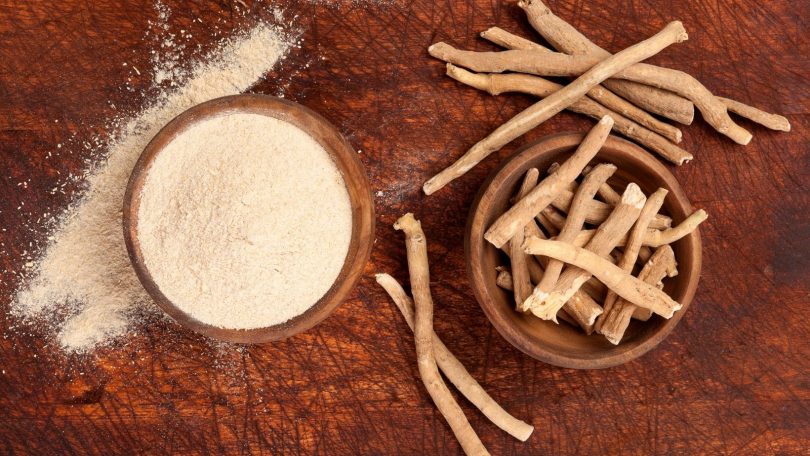 Since ancient times Ashwagandha has remained a popular herb to be used as a Rasayana. People have used it for many purposes and especially as a nervine tonic. Also known as Indian Winter Cherry, the herb provides multiple health benefits.

Ashwagandha is given to kids in the form of tonics, whereas, for adults, it increases longevity. Commonly we find Ashwagandha in powder form that could be mixed with water, ghee, or honey. Consumption of the same improves the functioning of the brain and nervous system.

Apart from that, Ashwagandha is a major adaptogen, increasing the body’s response to stress. Here we will tell your more about Ashwagandha and what it does.

The chemical constituents [1] of Ashwagandha are alkaloids, steroidal lactones, and saponins. The Sitoindosides VII-X and the Withaferin A [2] are famous for relieving any stress that a person may be experiencing.

Ayurveda’s origins could be traced back to 6000 BC when Charak Samhita mentioned using Ashwagandha as a Rasayan.

Root smells like a horse or Ashwa hence the name. This root could be used as a tonic, aphrodisiac, narcotic, diuretic, anthelmintic, astringent, thermogenic, and stimulant.

People use Ashwagandha for kids [3] as it helps in the emaciation of children. The same root is used to tackle old age problems, rheumatism, constipation, goitre, insomnia, etc. Paste of the roots could be applied for inflammation and ulcers, and painful swellings [4].

Its leaves are bitter and valuable in fever. The flowers are astringent, depurative, diuretic, and aphrodisiac and seeds could be used to remove white spots from Cornea.

A variety of studies [5] were conducted to analyze the effect of Ashwagandha. Let us have a look at some of them.

Effect On The Swimming Performance

A study conducted on Rats showed an increase in their swimming performance. Animals that got a treatment of Ashwagandha showed a considerable hike in the duration they swam. The normal mice swam for 385 minutes, whereas those treated by Ashwagandha swam for 740 minutes.

Effect On The Cortisol And Ascorbic Acid Content Of Adrenals

The animals subjected to 5 Hours of swimming showed reduced cortisol content of adrenals. Apart from the Ascorbic acid content showed a decline too. Normal mice did not show this decline, and their levels were high due to swimming stress.

Stress-induced ulcers [6] of the gastrointestinal tract could be reduced with the regular use of Ashwagandha. Its usage on rats showed fall in 18 h immobilization, cold + immobilization (4h), and aspirin-induced gastric ulcers.

When a group of mice was given Ashwagandha through milk, it caused a reduction in Leucocytis.

For three months, rats were given Ashwagandha treatment. Post this duration, a significant rise in their weight was observed.

Ashwagandha roots cause a decline in CHO cells by almost 49 %. Depending on cell density and exposure duration to Ashwagandha, the CHO cells [7] depicted a long-term decline.

Ashwagandha was shown to prevent urethane-induced lung adenomas in mice. Apart from having an anti-cancer effect, the herb reduced the after-effects of anti-cancer drugs.

Therefore Ashwagandha could be used as an anti-tumor and immunomodulatory [8] agent. The herb also improves WBC count, which depletes due to cancer treatment.

A Medhya Rasayana like Ashwagandha promotes intelligence and boosts memory. This cognition-promoting effect could be primarily seen in children having memory gaps [9] or when memory suffers due to accident or old age.

Patients of Alzheimer’s, Parkinson’s, and Huntington’s suffer from atrophy of neurites. Studies show that Ashwagandha slows, stops, and reverses the effects of atrophy. Constituents of Ashwagandha roots reversed the ibotenic acid [10] cognitive effects in the case of Alzheimer’s.

Ashwagandha can be considered a nervine tonic. A pre-treatment with its extracts prevented any changes in the antioxidant enzyme activities [11] that cause Parkinson’s disease.

Ashwagandha has a similar Anxiolytic effect as the drug Lorazepam when compared at all three anxiety levels. Apart from this, both of them also reduced the levels of tribulin in the brain.

Tribulin is an endocoid that reflects Clinical anxiety in individuals. Studies also confirm Ashwagandha’s efficacy as a mood stabiliser [12] for a person suffering from anxiety and depression.

Derivatives of Ashwagandha are proved to have an anti-inflammatory [13], anti-bacterial, and anti-tumoral effect. Also, being an analgesic, the herb could be used to deal with arthritic pain as well effectively. When administered to rats experiencing heat-inducing analgesia, its effect was seen at 78.03%, way more than paracetamol.

Indians use ashwagandha as a home remedy for many problems. As the details above show, there is enough proof to portray its efficacy.

Even neurological conditions, paralysis, and brain strokes can be treated by regular use of the miracle herb. In a seminar [14], Ashwagandha was declared as six of the best medicinal herbs available, which is a big thing.