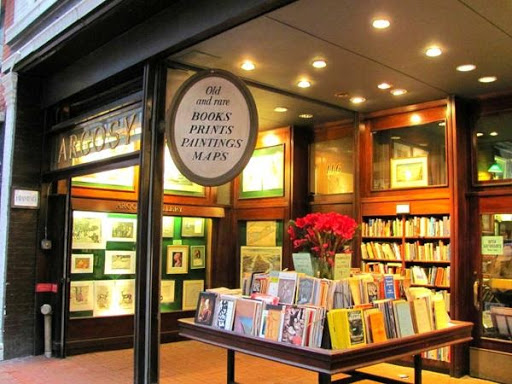 New York creates a conducive environment for all sorts of businesses to grow and flourish.

Lots of New Yorkers are looking to set up their own business in the hope of fulfilling their American dream.

And lots of them have already taken their entrepreneurial endeavors to the next level and succeeded in New York City’s business world.

Just look around. Do you see all those billboards, teardrop advertising flags, menu boards, and various neon advertising signs? They are intended to advertise various businesses that crave to become more popular and profitable.

By the way, sign installation companies like Fortunavisual.com, whose mission is to help other businesses grow and target potential customers, themselves serve as an excellent example of successful businesses in NYC.

New types of businesses make massive inroads into the economy of the Big Apple.

But in the ever-evolving city that never sleeps very few entrepreneurial ventures can stand the test of time.

If you’re looking for inspiration to create your own business, we suggest that you take a look at the four iconic New York City establishments whose strategy, philosophy, and overall approach to running a business are worth emulating.

On any list of New York City’ oldest and most prestigious restaurants you’re sure to find the legendary Delmonico’s, the first dining restaurant in the country.

Delmonico’s defined what restaurants are in America from the 1800s going forward. It’s the first restaurant to use tablecloths and printed menus.

It was also the first restaurant to hire a woman. According to Billy Oliva, the executive chef of Delmonico’s, you can see Delmonico’s influence on menus across the country.

Baked Alaska, the Wedge Salad, Delmonico steak, Eggs Benedict… if you see it on the menu, you should know that those dishes were invented in Delmonico’s, Mr. Oliva says.

Delmonico’s has undoubtedly been setting trends for 183 years and it’s not slowing down anytime soon.

New Yorkers walk more than the average folk, so it makes sense that this city would be home to the greatest shoe repair of all time.

The third generation owner of Jim’s Shoe Repair, Joe Rocco, takes pride in the fact that he is running the older shoe repair in NYC. The company has been here for 88 years.

Joe’s grandfather started the business back in 1932 when he came over from Italy.

The owner says they can fix everything here that relates to shoes and emphasizes that Jim’s Shoe Repair symbolizes old New York, the way New York was.

Rocco also notes that people gravitate to Jim’s because they’re here for long time and have a good reputation.

They have a passion for their business and are convinced they’re doing the right thing by their customers. 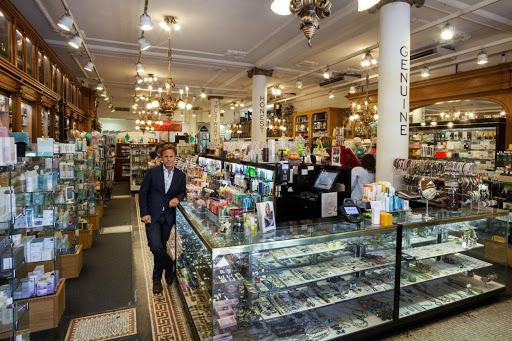 For nearly two centuries, C.O. Bigelow has cemented itself as a New York City staple, transporting customers back to a time and place of personalized attention.

Ian Ginsberg, the third generation owner and pharmacist of C.O. Bigelow apothecaries, the oldest apothecary in America. The business was established in 1838. The building itself is a conspicuous landmark.

When you step inside you notice the original tile floor with the mosaic, the lights used to burn gas, the original canvas ceiling Ian Ginsberg notes that since they’re in the business of people who don’t feel well and have various diseases, therefore, they do their best to cater to every customer’s need.

C.O. Bigelow is famed for doing custom medications. So, when people can’t swallow pills, they can put them in a liquid form.

When they don’t like the flavor, they can re-flavor it. Mr. Ginsberg states that C.O. Bigelow is “a traditional business surviving in a modern world, and nobody can touch the way [they] service people.”

But there’s much more to this mysterious apothecary. You can try to unravel the oldest apothecary’s secrets when you visit it yourself.

And lastly, let’s head to one of the oldest bookstores in New York City. Among the high-rises of Midtown Manhattan you’ll find the Argosy Book Store, which was founded in the early 1920s.

Judith Lowry, one of the current owners of the Argosy and the founder’s daughter, stresses that their bookstore doesn’t look like hundreds of other bookstores in New York.

They sell used, secondhand, and rare books. On the shelves of this antiquarian bookstore you can find the books that were published 100, 200, or even 300 years ago.

Walking into the store from the busy 21st century street, it’s like walking into another century.

Judith Lowry proudly notes that a lot of people from outside of New York visit once in a year or once every couple of years, and they’re so happy that they’re still there.

While things in New York rarely remain the same, it’s clear that history continues to be made every single day.

Hope that the stories of four old-school businesses can set you a good example and inspire you to proceed with your endeavors.