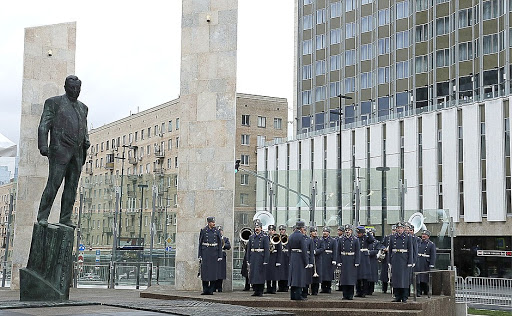 The opening ceremony was led by the Minister of Foreign Affairs Abdulaziz Kamilov, the Rector of MGIMO Anatoly Torkunov and advisor to the President and Rector of the University of Global Economy and Diplomacy Abdujabar Abduvakhitov.

Among those present were professors and lectors from MGIMO and members of the Russian and Uzbek business and political circles.

Uzbek students began their studies at the MGIMO branch campus as early as September last year, initially on site of the University of Global Economy and Diplomacy, the partner institution. 88 students are currently studying Law and Business Informatics to achieve Bachelors and Masters degrees. Additionally, MGIMO opened undergraduate courses in Tashkent.

This is the first branch campus MGIMO opens outside of Russia and Uzbekistan proves to be the destination with a special significance. It has one of the largest communities of MGIMO graduates with such well known international business leaders as Alisher Usmanov and Patokh Chodiev among them, as well as a number of ambassadors and political figures.

A conference of MGIMO graduates held in Spring 2019 demonstrated a very high demand for the quality of education provided by MGIMO and wide-range support to the idea of opening an official branch campus in Uzbekistan.

We asked Patokh Chodiev, a well-known businessman and MGIMO graduate originally from Uzbekistan, philanthropist, a member of the Board of Trustees and one of the founders of MGIMO Endowment, to comment on this landmark event.

“It is very important for me that Tashkent is the first destination outside Russia for MGIMO to open a branch campus.

I always wanted for my fellow countrymen to study in the institution that I love, that gave me so much knowledge.

I feel very comfortable in life because of the skills and knowledge I learnt at MGIMO. I am very glad that now there is an opportunity to teach our countrymen in Tashkent”, – he said.

According to Patokh Chodiev, the leading role in bringing this University to Uzbekistan belongs to the President of Uzbekistan Shavkat Mirziyoyev.

“I would like to thank Shavkat Mirziyoyev for the fundamental changes in the attitude towards Russia and the relationship between the countries.

His contribution to making Tashkent the first location for a MGIMO branch campus is very considerable. If you recall, in the past studying in Russia was not encouraged.

This factor brought a lot of negativity into the lives of several generations of young people. Now, thanks to Shavkat, this is no longer the case”, – stated mr. Chodiev.

He added: “The most important for me is that young Uzbeks will be studying in their home country, but at the same time in one of the finest Universities in the world, in my opinion. In the near future – in five years, we will appreciate the fact that there is a MGIMO campus here and will witness the results”.

There are four Russian university campuses in Uzbekistan. In Tashkent there are campuses of Lomonosov Moscow State University, Plekhanov University of Economics and Gubkin University of Oil and Gas.

In 2019 The National University of Science and Technology MISiS opened a campus in Almalyk, Tashkent Region. There are plans to open campuses for six other Russian universities.