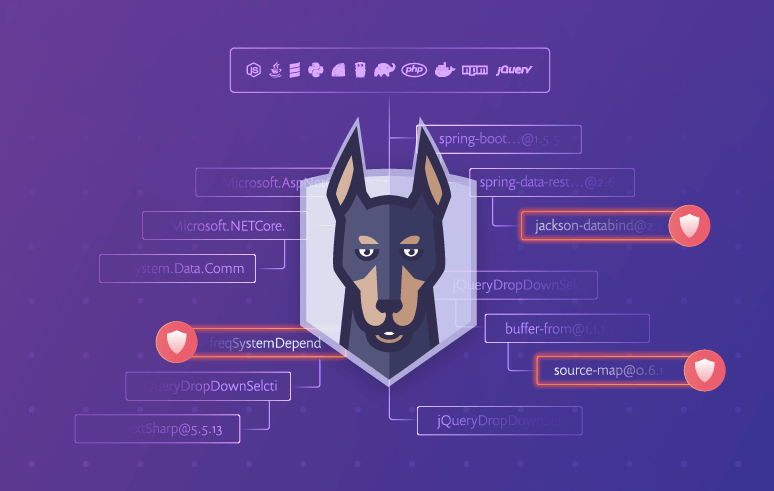 Open source is a great foundation for modern software development, and is used by companies of all sizes, in all industry verticals.

But if you don’t manage it properly, you become prone to open yourself up to open source security, license compliance, and code quality risks.

If you look at the 2019 Open Source Security and Risk Analysis report, it offers an in-depth look at the state of open source security, compliance, and code quality risk in commercial software. It highlights:

Adopters of open source technology may fall victim to code that does not follow best practices for application security.

There are well-known vulnerabilities that seasoned developers know of, but there is no guarantee that all practices have been followed properly or corrected when the vulnerabilities are identified.

Some may still be present in available code for several years.

It generates a report listing all open source components in a the code that includes direct and indirect dependencies.

Why A Vulnerability Scanner Is Required

A vulnerability scanner gives organizations the benefit to check if their open source code and processes have any kind of weaknesses that make them prone to malware attacks.

It has become a regular practice among organizations and is conducted in accordance with the industry standards and guidelines set by the government.

Even one small vulnerability if discovered can be a huge problem as the attackers are just waiting to take advantage of the weakness.

Users and security providers keep on disclosing security flaws in the system. Sometimes these flaws are detected just in time and that saves millions of users from being affected.

However, at times the developer is not so lucky and the damage is already done by the time he realizes it.

In such situations, it is imperative for businesses to opt for tools that would help them keep the bugs away.

Snyk.io gives the developers all the below-mentioned benefits and makes it easy for them to proceed with their work without any fears.

By using their open-source vulnerability scanner the developers get a range of tools that inform them of any potential vulnerabilities that could pose a problem for them later on.

Thanks to the quick response to the problem provided by the Snyk.io software they are eliminated even before the entire system gets affected.

This not only simplifies the work processes but also creates potential security covering the entire system. The vulnerability scanner offered by Snyk.io deals with the following areas and more:

The open-source vulnerability scanner is here to stay and rightly so. The potential threats to any business are only going to increase in the future.

However, just accepting their importance is not sufficient to tackle the menace being faced.

It is crucial that significant steps like tracking security updates, using patch management programs, and finding container security tools are taken to keep everything on track.

With the online tasks increasing on a daily basis it becomes the developer’s job to ensure that no part of the data is compromised.

Thankfully the going is not very tough and there are multiple tools that help the developers to keep the problems under control.

Most such tools use open source to inform of the threats and allow the developers to rectify them as per the requirement.

It is imperative that organizations implement the same as standard practice before they develop and distribute any applications.