Home » 5 Software Development Tools That Every Developer Should Know 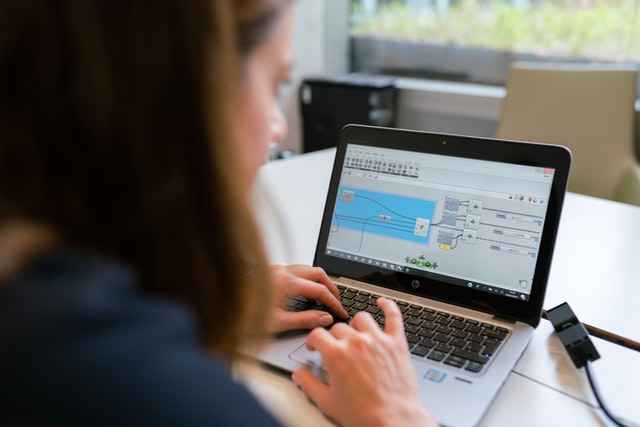 The process of creating software usually begins with an idea or a problem that needs to be solved. Once the problem is understood, the developer will design a solution and write code to implement it. The code is then tested and refined until it meets the client’s or customer’s requirements.

In some cases, the developer may also be responsible for maintaining and troubleshooting the software after it has been released.

With that said, all software developers need strong computer programming skills. To create efficient and effective code, developers must have a strong understanding of the system they are working on and be able to think abstractly.

They also need to work effectively in a team environment, as most projects require collaboration with others.

Developers typically specialize in one or more programming languages and may have expertise in specific development tools.

As a developer, it is important to have a strong arsenal of software development tools at your disposal. UltraEdit is one tool that every developer should know.

This is a very powerful code editor that supports many programming languages. It has various features that make it ideal for development work, such as syntax highlighting, code folding, and macros.

In addition, UltraEdit also includes a hex editor, debugger, and function list. This makes it a versatile tool that can be used for a wide range of development tasks. Plus, it’s available for both

Windows and macOS. UltraEdit is worth checking out if you’re looking for a versatile text editor to help you with your development work.

Docker is a software development tool that enables developers to create, deploy, and run applications inside isolated containers. By using containers, developers can avoid many compatibility issues that often arise when working with different software dependencies.

Additionally, containers offer a high level of portability, making it easy to move applications from one environment to another.

Another tool that every developer should know is SQL. SQL (Structured Query Language) is a powerful database management language used to create, update, and delete data. It is also used to query data from databases. SQL is a standard language widely used in the software development industry.

Any developer can learn how to use SQL effectively with little effort. As such, developers need to be familiar with the basics of SQL to use it in their work effectively. Many resources available online and offline can help developers learn SQL. In addition, most development environments have built-in functionality for working with SQL databases.

In addition, Bootstrap also includes several jQuery plugins that can be used to add additional functionality to your website.

While Bootstrap is not the only tool available for creating responsive websites, it is certainly one of the most popular and widely used. As a result, every front-end developer should have at least a basic understanding of using this powerful tool.

Azure is a cloud-computing platform from Microsoft that developers can use to build, test, and deploy their applications.

Azure offers various services, including virtual machines, storage, databases, and networking. In addition, Azure provides several tools that can be used to manage and monitor applications.

For example, the Azure Portal provides a web-based interface for managing Azure resources, while the Azure CLI can be used to manage resources from the command line.

Besides, Azure offers several SDKs that developers can use to interact with Azure services. As a result, Azure is a powerful platform that every developer should be familiar with.

Delphi is a software development tool that every developer should know. It is an integrated development environment (IDE) for Pascal and Object Pascal programming.

The Delphi IDE provides a set of visual components that can be dragged and dropped onto a form to create an application. Developers can also add code to these components to add functionality.

Delphi includes a compiler that converts the code into machine-readable instructions. The Delphi IDE also includes a debugger that can be used to test and debug applications.

Delphi is a powerful tool that can help developers create professional-looking applications quickly and easily.