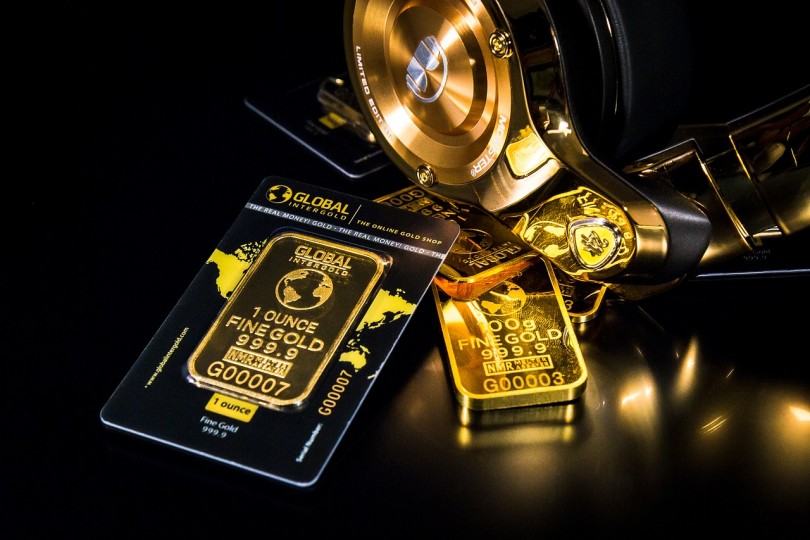 There are two sides to every gold coin, so an altered version of an old saying goes. While even the most pessimistic commodity broker has reason to be bullish on the price of gold bullion (chemical element AU), there are several factors that could work to bring the world’s most favored precious metal back down the price ladder.

In light of mid-September’s Fed announcement that interest rates aren’t going up for at least another year and a half, many gold-bugs decided that the long-term outlook for gold prices was set.

Alongside recent economic shutdowns, worldwide political turmoil, and an upcoming presidential election, it’s rather obvious that the yellow metal has a lot of factors in its favor.

Day-traders, swing-traders, and long-term investors are confident that technical and fundamental forces are in their favor.

But, as they say at the Las Vegas booking agencies, nothing’s a lock. So, what are the forces that could put a damper on the anticipated upswing in the price of gold? Here are a few that are five that might give PM short-sellers a reason to celebrate.

Most Trends Are Up and That’s Bad

As every technical enthusiast knows, higher highs don’t portend more highs. They usually mean that a correction is coming.

There’s historical precedent that should make today’s PM investors at least a little nervous. After bullion hit an historic high in 2011, it endured a multi-year fall until 2016.

In fact, it pulled off this incredible price decline amid some pretty bad economic times. The most recent high, one that notched well above the one in 2011, was $2,060.

It was reached less than a month ago, in late August. If the post-2011 period repeats itself, we’re in for a steady, several-year drop in the price of precious metals, particularly AU.

The COVID Pandemic Is Slowing

All over the world, schools are reopening, shuttered businesses are back at work, government agencies are returning to full-time and full-staff schedules, and infection rates are significantly down.

Even more important, death rates of non-elderly populations have sunk to the near-zero level. Nowadays, especially in the U.S., the only people dying of COVID are seriously ill older patients who already suffer from two or more chronic diseases.

The pandemic was the single most powerful factor behind gold’s recent run-up from the $1,500 range to the high $1,900 range.

Once mask mandates dry up, death rates reach zero, and infection rates crash below those of annual influenza viruses, the per-ounce price of bullion could fall back to its pre-pandemic levels.

The historic relationship between the values of gold and silver is an instructive one. It’s simply the price of gold divided by the price of silver.

For about the past six years, the key dollar value has hovered between 65 and 85, rising as gold’s price goes up in relation to silver, or as silver falls faster than the price of its precious counterpart.

Until February of 2020, the ratio was sitting at a normal level in the high 80s. Then it rose significantly to a March peak of 121.

Since that historic event, the ratio has settled back down and is currently at a very somber 70, exactly where it was in the same month of 2014 and 2008.

The Dollar Is Coming Back

Recent strength of the U.S. dollar means weaker PM prices across the board, including not only for AU, but for platinum, palladium, silver, and other PMs.

Historically, the dollar does very well in two situations. It tends to rise after presidential elections and after health or economic crises.

After November of 2020 comes to a close, the U.S. presidential election will be history, COVID will have lost even more steam, and the dollar could continue to strengthen.

Even the most bullish bullion traders admit that the dollar is almost sure to get stronger as the health crisis wanes and the U.S. economy gets back on track.

The FOMC (Federal Open Market Committee) of the Federal Reserve Bank made what was supposed to be a major announcement on September 16, namely that interest rates will stay close to zero between now and late 2021.

There were two problems for gold-bugs who expected this news to propel prices. Number one: It didn’t. Number two: Everyone expected the news, so it didn’t have a huge impact on any commodity markets, metals or otherwise.

In fact, about an hour after the FOMC issued their alert, the value of AU rose slightly and then fell back down to pre-announcement levels. It currently sits at $1,937, about $40 below where it was at the time of the good news for gold press release.