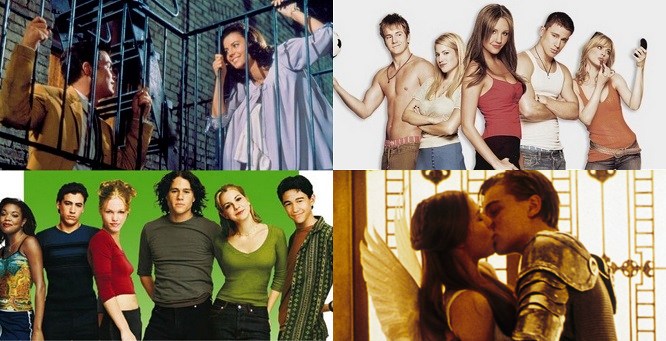 We have picked up nine all time best best Shakespeare movie adaptations that actually work well on the screen. The list include Roman Polanski’s ‘The Tragedy of Macbeth (1971)’, ‘My Own Private Idaho’ (1991), Romeo And Juliet (1968).

Roman Polanski’s version of Shakespeare’s tragedy about a Scottish lord who murders the king and ascends the throne. His wife then begins hallucinating as a result of her guilt complex and the dead king’s son conspires to attack Macbeth and expose him for the murderer he is.

West Side Story is the award-winning adaptation of the classic romantic tragedy “Romeo and Juliet”. The feuding families become two warring New York City gangs–the white Jets led by Riff and the Latino Sharks, led by Bernardo. Their hatred escalates to a point where neither can coexist with any form of understanding. But when Riff’s best friend (and former Jet) Tony and Bernardo’s younger sister Maria meet at a dance, no one can do anything to stop their love. Maria and Tony begin meeting in secret, planning to run away.

Mike Waters lives on the street and befriends the somewhat older and streetwise Scott Favor who shows him what is necessary to survive. Waters suffers from narcolepsy and can fall asleep at any moment and in almost any circumstance. Favor comes from a rich family and is rebelling against his own background.

Against the backdrop of a venomous feud between the powerful clans of the Montagues and the Capulets in the medieval city of Verona, William Shakespeare’s eternal story of teenage love unfolds. As youth’s insolence arms the charming young Montague, Romeo, with dauntless courage to come uninvited to the Capulets’ scintillating masked ball, a brief but thrilling encounter with the delicate dark-haired Capulet, Juliet, will pave the way for an ardent passion and a cruel romantic tragedy.

Sir John Falstaff (Orson Welles) is the hero in this compilation of extracts from Shakespeare’s “Henry IV” and other plays, made into a connected story of Falstaff’s career as young Prince Hal’s (Keith Baxter’s) drinking companion. The massive Knight roisters with and without the Prince, philosophizes comically, goes to war (in his own fashion), and meets his final disappointment, set in a real-looking late medieval England.

Macbeth, the Thane of Glamis, receives a prophecy from a trio of witches that one day he will become King of Scotland. Consumed by ambition and spurred to action by his wife, Macbeth murders his king and takes the throne for himself.

8. Much Ado About Nothing

Young lovers Hero (Kate Beckinsale) and Claudio (Robert Sean Leonard) are to be married in one week. To pass the time, they conspire with Don Pedro (Denzel Washington) to set a “lover’s trap” for Benedick (Sir Kenneth Branagh), an arrogant confirmed bachelor, and Beatrice (Dame Emma Thompson), his favorite sparring partner.

The citizens of Rome are hungry. Coriolanus, the hero of Rome, a great soldier and a man of inflexible self-belief despises the people. His extreme views ignite a mass riot. Rome is bloody. Manipulated and out-maneuvered by politicians and even his own mother Volumnia, Coriolanus is banished from Rome. He offers his life or his services to his sworn enemy Tullus Aufidius.