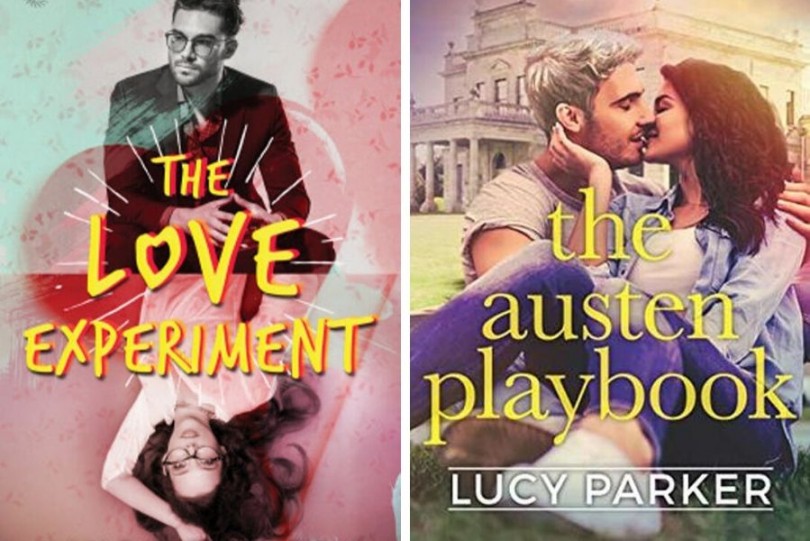 First, it centres on a love story. Secondly, it always ends well.

Our protagonists end up together (if not forever, then at least for the foreseeable future) and this makes the world around them a little bit better, too.

In times of uncertainty, upheaval and chaos, readers often turn to romance fiction: during the second world war, Mills & Boon was able to maintain its paper ration by arguing its books were good for the morale of working women.

The books the company was producing in this period were not about the war. Most never even mentioned it.

Instead, they provided an escape for readers to a world where they could be assured everything was going to turn out all right: love would conquer all, villains would be defeated, and lovers would always find their way back to each other.

Today, romance publishing is a billion-dollar industry, with thousands of novels published each year.

But where to begin? As both a scholar of romance fiction and an avid reader of it, I’ve put together this list of five great reads for people who might want to start exploring the genre.

1. The Austen Playbook by Lucy Parker

The Austen Playbook is the fourth book in Parker’s London Celebrities series (all only loosely connected, so you can jump in anywhere).

Heroine Freddy is an actress from an esteemed West End family, trying to balance her desire to perform in musicals and crowd-pleasers over her family pushing her towards serious drama.

Hero Griff is a theatre critic and his family estate is playing host to a wacky live-action Jane Austen murder mystery, in which Freddy is playing Lydia.

Parker is a gifted author, and this book is a light, bright and sparkling delight.

2. The Right Swipe by Alisha Rai

Many people now find partners on dating apps, but these apps are often not exactly friendly for women.

Rai addresses that to great effect in The Right Swipe, where heroine Rhiannon is the designer of a dating app designed specifically for women.

She meets hero Samson the first time as a result of swiping right, and then the second time, months later, when he’s teamed up with one of her primary business rivals…

If You’re Fascinated By Psychology, Try …

3. The Love Experiment by Ainslie Paton

Paton is one of Australia’s smartest and most underrated romance authors.

The Love Experiment draws on the 36 questions developed by psychologist Arthur Aron to explore whether intimacy could be generated or intensified between two people if they exchanged increasingly personal information.

The 36 questions were popularised in Mandy Len Catron’s 2015 New York Times essay To Fall In Love With Anyone, Do This.

Here, journalist protagonists Derelie and Jackson undertake the experiment in Paton’s book, only to find love is more complex than 36 questions.

If You Think We Need To Save The Oceans, Try…

This book emerges from RomanceClass, a fascinating community of English-language romance writers and readers based in the Philippines.

One of their distinctive features is their collaboration with local actors in Manila to perform excerpts from the books (including Project Saving Noah) at their regular gatherings. I was privileged enough to attend one of these last year.

Protagonists Noah and Lise are graduate students in oceanography competing for one spot on a research project, while simultaneously being forced to work together.

Their romance is conflicted and compelling, but what stands out about this book is the vividness with which their environment – natural and academic – is constructed.

If You Like Your Protagonists To Have Some Maturity, Try…

If Milan’s name sounds familiar, it’s because she was at the centre of the recent scandal engulfing the Romance Writers of America, which penetrated through romance’s usual cultural invisibility.

Mrs Martin is a delightful historical romp, as our two heroines Bertrice (aged 73) and Violetta (aged 69) team up against Violetta’s terrible nephew, and fall in love and eat cheese on toast together.