At first glance, these sets of photographs might appear to show the same person. In fact they capture children who bear an uncanny resemblance to a parent at the same age. In some of the second generation snaps the child has gone to the effort of copying their parent’s outfit.

The album shows just how similar some offspring can look to their parents, and proves the apple really doesn’t fall far from the tree.

1. This daughter went to a lot of effort to recreate the same photo her mother had taken many moons ago at stonehenge 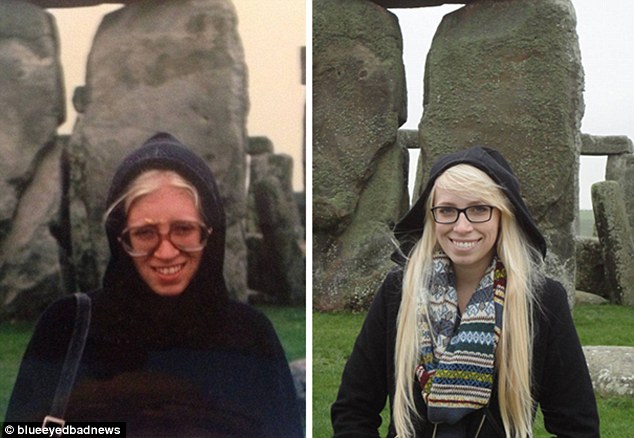 2. There is a strong resemblance between this father and son who even share the exact same facial expression 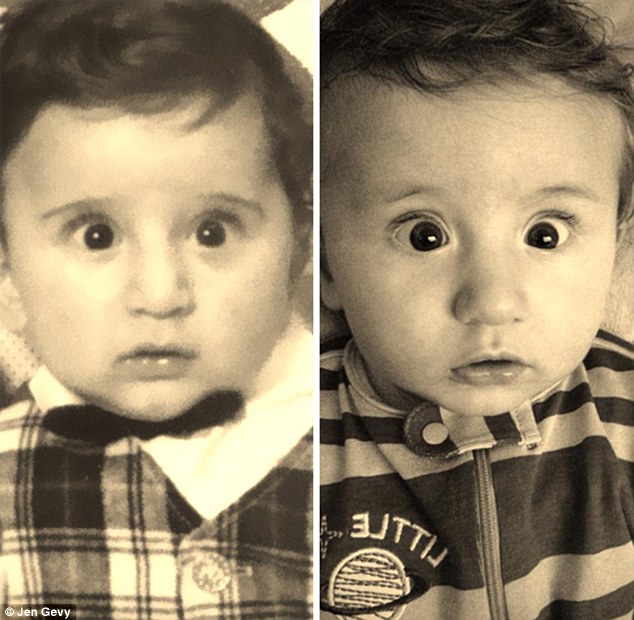 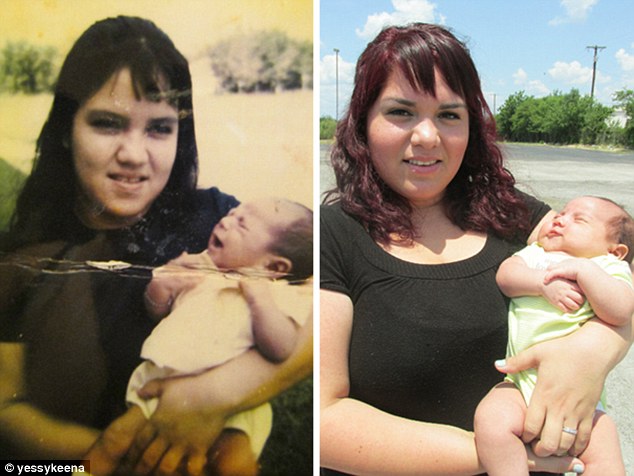 4. This dead ringer for his dad went to great lengths to emulate his outfit and pose 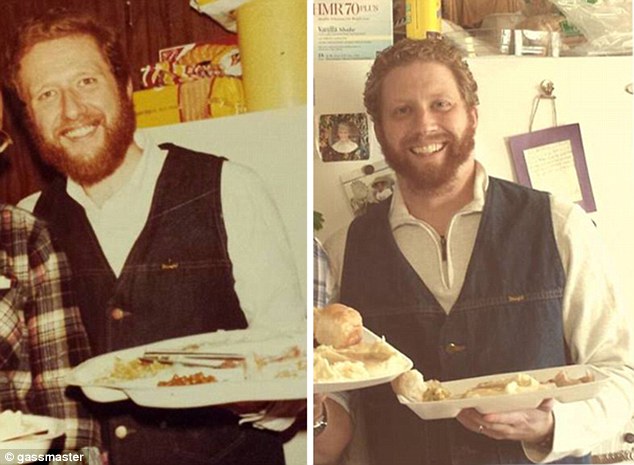 5. Is this man a time traveler? This father and son look so alike it is borderline spooky 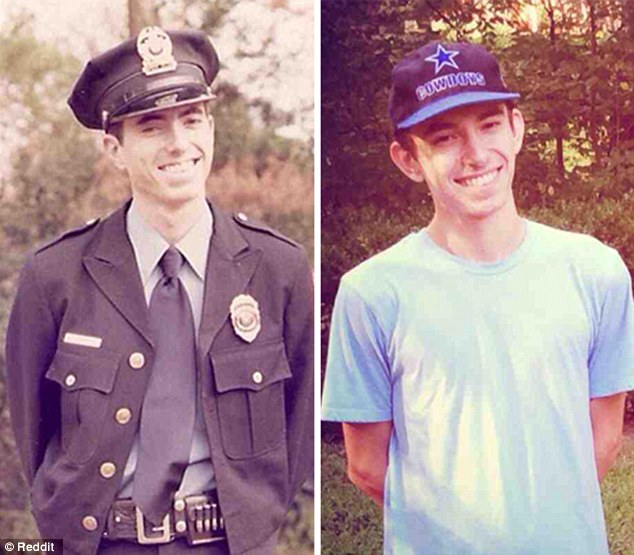 6. A mother and daughter pictured as babies with the same chubby cheeks and dark hair 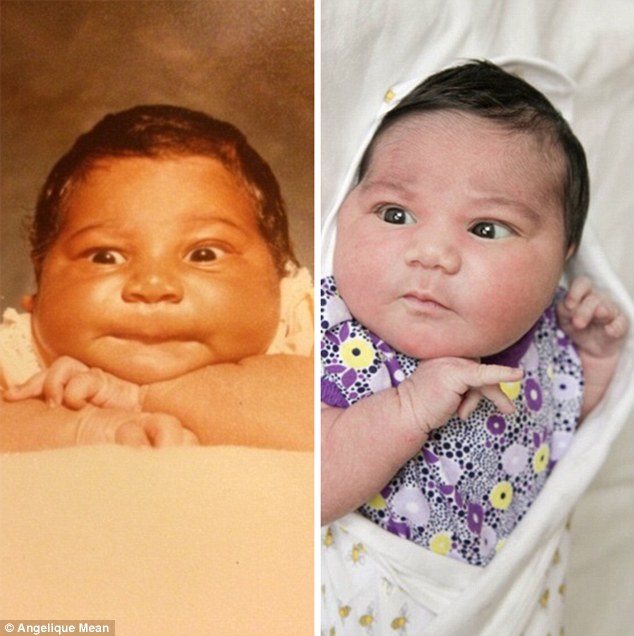 7. The outfits may be different, but there’s no denying the family resemblance in that smile 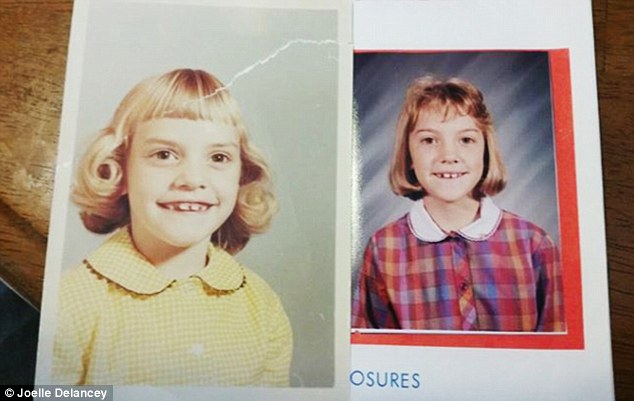 8. Fathers and sons who look alike. This father and daughter share the same cheeky smile and curly hair 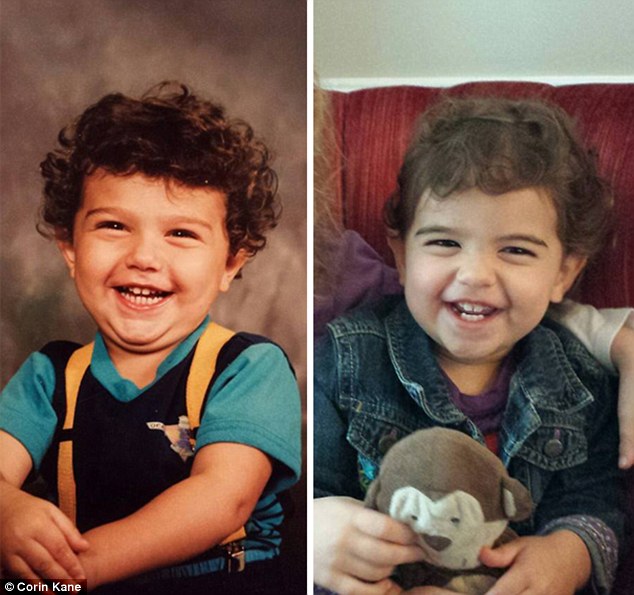 9. Another father and daughter duo have the same eyes and mouth as one another – and the same dark locks 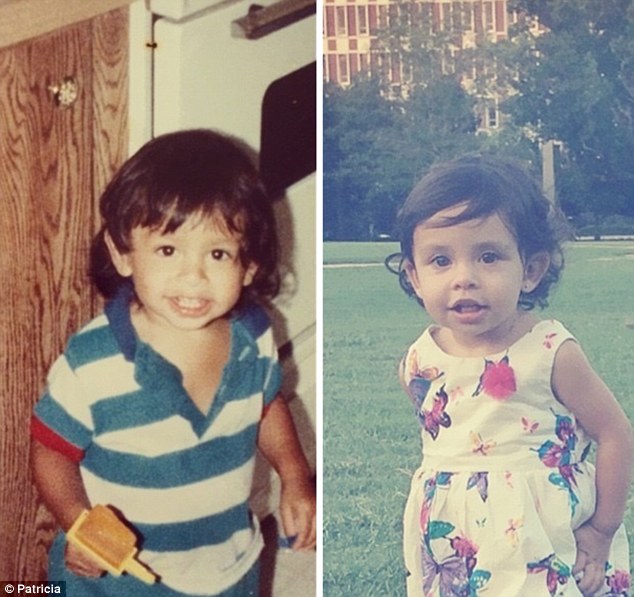 10. These photographs, taken many years apart, reveal the resemblance between father and son 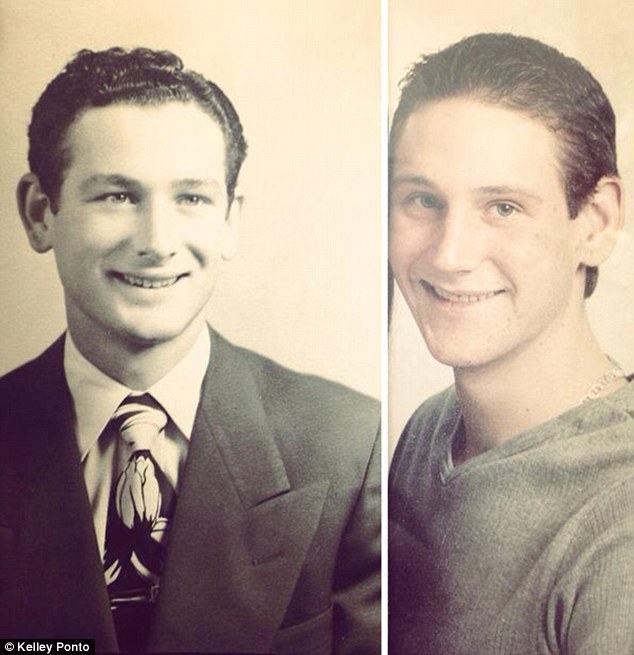 11. With their cheeky toothy smiles and blonde hair, there is no doubt that these boys are related 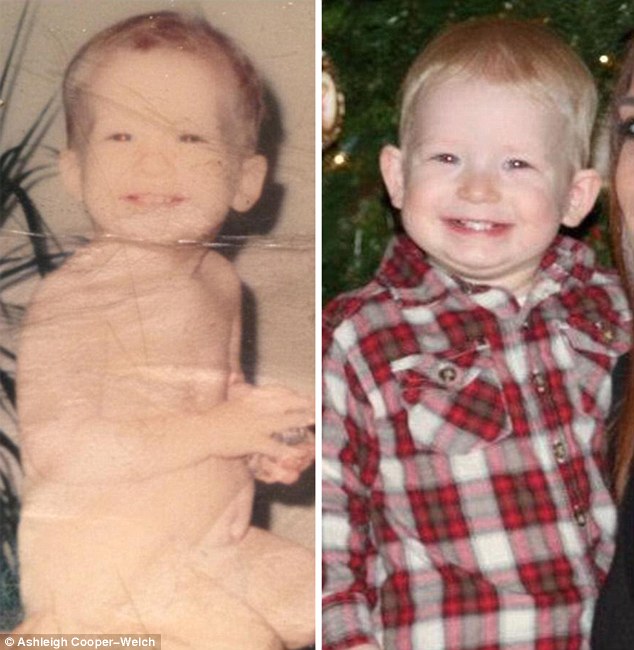 12. When looking at a photo of her father (left) at the same age, it’s easy to see who this little girl (right) takes after 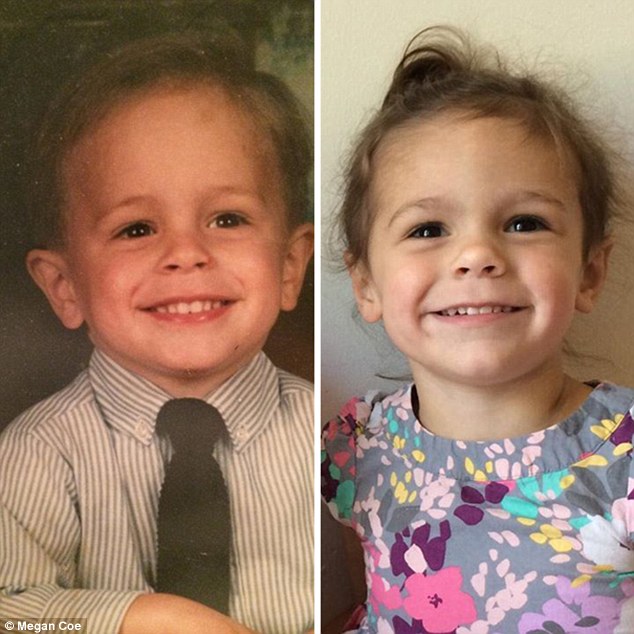 13. Showing how strong genes are, this grandmother and granddaughter could pass as the same person 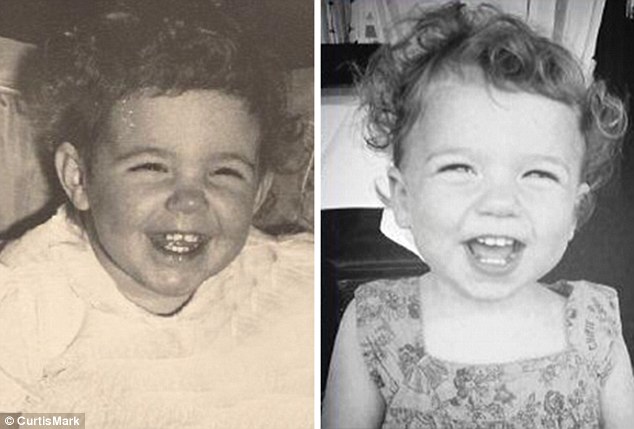 14. It’s the smile that really gives away the family link between the father and son in these snaps 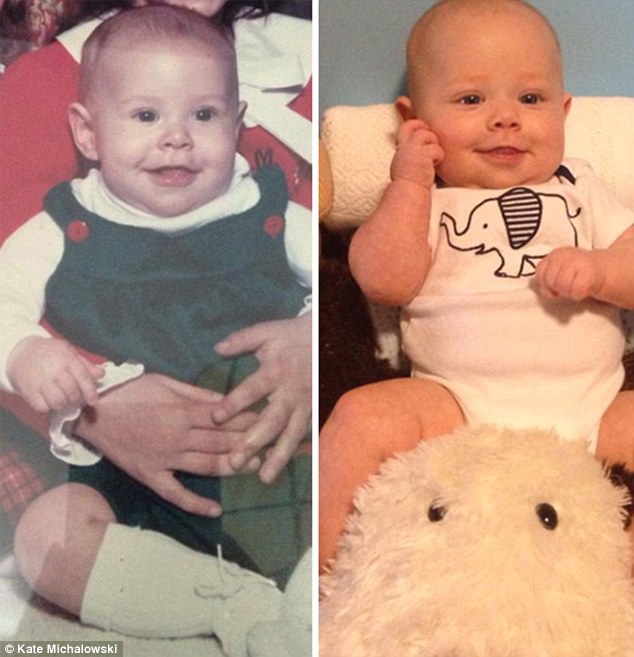 15. Can you tell the difference? This father and daughter are almost identical with the same pose 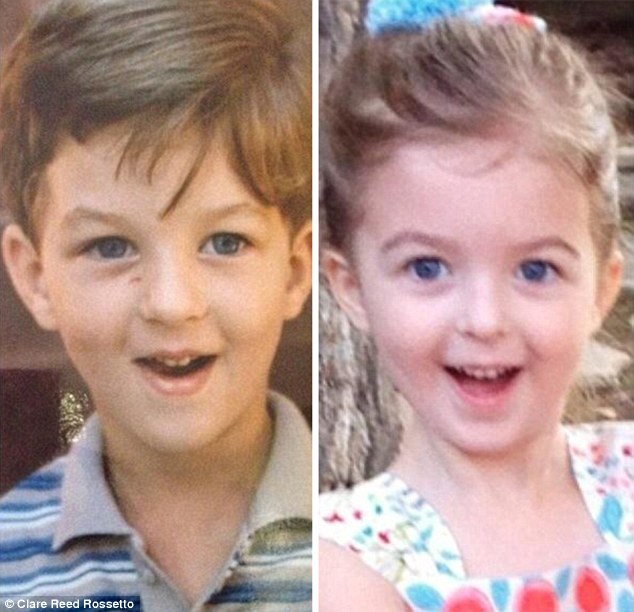 16. A mother discovered an old picture of herself and found it could have easily been her daughter, given their matching haircuts and dark features 17. School photos show the strong similarities between a mother and daughter taken at the same age 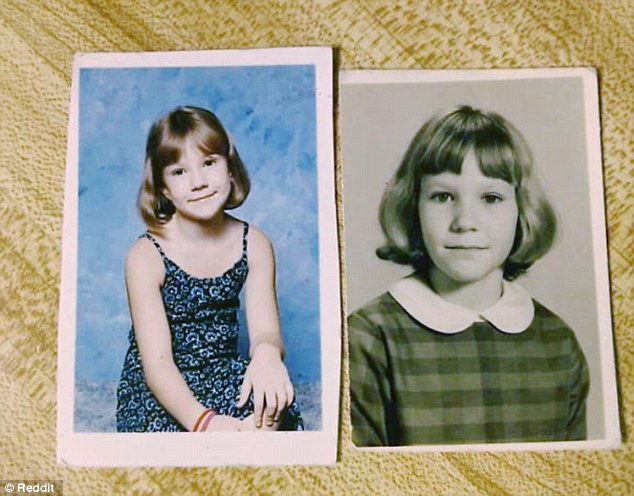 18. From grandmother to mother to daughter: one set of photos captures three generations of lookalikes 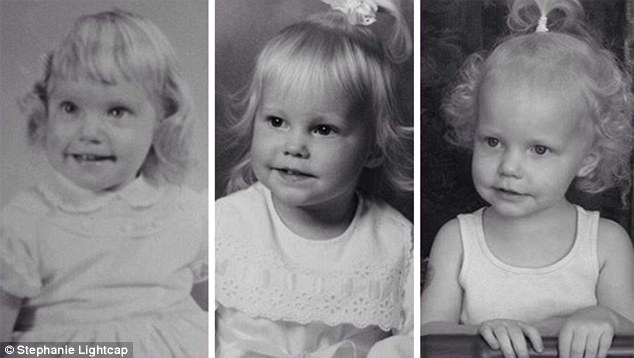