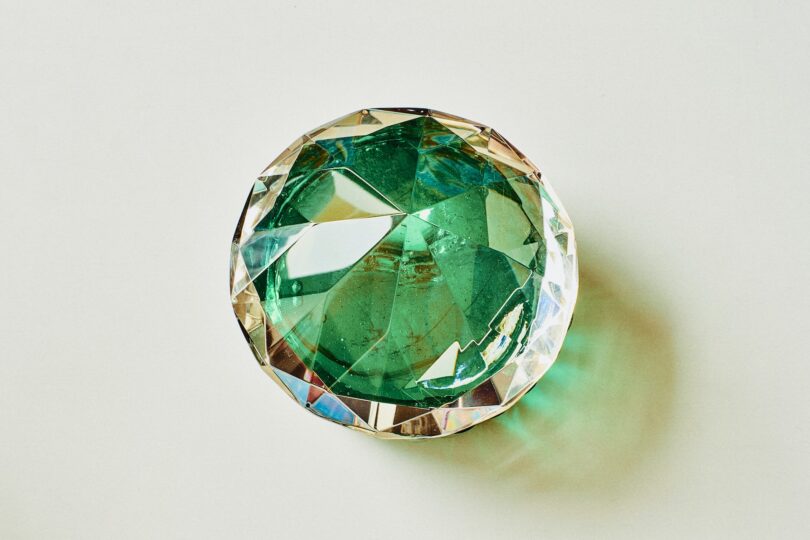 When buying a ring, almost everyone thinks of going for a diamond centred on the ring. Yes, we have seen it in movies, TV commercials and seemingly everyone around us wears a ring with a diamond.

It seems like an unbreakable custom that has been with us forever. The truth is, the diamond on a ring has solidified itself as a tradition only in the past century, and it seems it is here to say. And it generally makes sense – diamonds are shiny, durable, beautiful, and elegant pieces of gemstones that complement almost every type of jewellery.

However, there is another option to choose from in terms of a mineral for your ring. And that is moissanite. Let’s look at 5 reasons why moissanite is actually a better option than diamond.

What is Moissanite Anyway?

But first: what is moissanite? If you are not a frequent gemstone or jewellery buyer, chances are you hear of moissanite for the first time. Here is a brief description of the mineral.

Moissanite was discovered in 1893 by the French scientist Henri Moissan, and upon his discovery, he initially thought he had stumbled upon another batch of diamonds. That is because moissanite and diamonds actually have strong similarities in terms of their physical characteristics. But even though they look alike, diamonds are made of carbon and moissanite is made of silicon carbide.

Moissanite is also extremely rare on Earth, to the point where it is almost impossible to find. In fact, the moissanite found by Moissan had extraterrestrial origins – it was separated from a meteorite. That is why virtually all the moissanite in stores is lab grown.

The properties of moissanite are similar to those of the diamond: it is extremely hard and durable and it has vibrant light reflection. In terms of colour, moissanite is usually colourless, but it can be found in certain shades of yellow, green and blue.

For a long time, using moissanite for decorative purposes was considered unwise, mainly because the gemstone was incredibly rare to come by. Even with lab grown variants of the mineral, it took almost a whole century for it to be properly introduced to the jewellery industry. The first proper creations of moissanite in a laboratory were back in the 1980s, and the first significant usage in decorative jewellery started in the end of the 20th century. Ever since it has gradually become more popular thanks to its significant advantages.

The fact that moissanite is grown in laboratories automatically leads to a significantly lower price for the mineral. Mined diamonds require heavy machinery and mining equipment, they take time and dig hundreds of miles beneath the surface of the planet in order to excavate the diamonds. They also take a lot of manpower who need to be paid. Mined diamonds then also have to be transported, polished and perfected into the pieces that end up on rings.

With moissanite and any lab grown gemstone that is, it is much simpler. Thanks to modern technology, moissanite can be produced in labs for a fraction of the cost of diamonds.

2. It Is More Ethical

The diamond mining industry is often quoted as secretive in terms of the labour practices it employs. If you look up details, you can often find disturbing accounts of the mistreatment of the labour force that mines diamonds. The toiling work required to dig up diamonds is often considered unethical.

Moissanite, being produced in a laboratory, is liberated from controversy and relies mostly on technology.

3. It Is Better For The Environment

Diamond mines are notorious for their carbon footprint and the hazard they create for the local environment. Mines take up huge chunks of land and they dig deep into the earth in order to fulfil their function.

These excavations pose a threat for the local wildlife and can damage the whole ecosystem of their surrounding. They negatively impact agriculture and sources of water, and they also involve great amounts of energy in order to work.

The carbon footprint of moissanite lab production is much lower, making it a much greener choice.

How often do you see a mineral that came from space? Yes, if you buy a moissanite ring, you can brag that your gemstone has an interstellar origin.

Do not mind the fact that it was lab grown – lab grown gemstones are in no way inferior to or different from mined gemstones. Yes, experts can find minuscule differences if they are provided with the proper magnifying equipment, but regular customers can never spot those. And these differences play no role in the aesthetic value of moissanite.

Moissanite is grown in a laboratory and this process minimises the chances of imperfections on the mineral structure. Most mined diamonds and gemstones have certain structural defects due to their exposure to natural phenomena.

If you are looking for a flawless gemstone, moissanite is definitely a great choice.

At the end of the day, a lot of the weight of a choice of gemstone boils down to personal preference. However, there are clear advantages of going for a nice and perfect moissanite over a diamond. It is many times cheaper and you can save a lot of money on other important things. Moissanite is also an ethical choice as you know that no shady practices were involved in the laboratory process. It does not harm the environment as there is no mining involved.

The moissanite is a fun choice for people who like to experiment and if you are looking at options that take you away from the trite and boring classics, moissanite is definitely worth the investment.