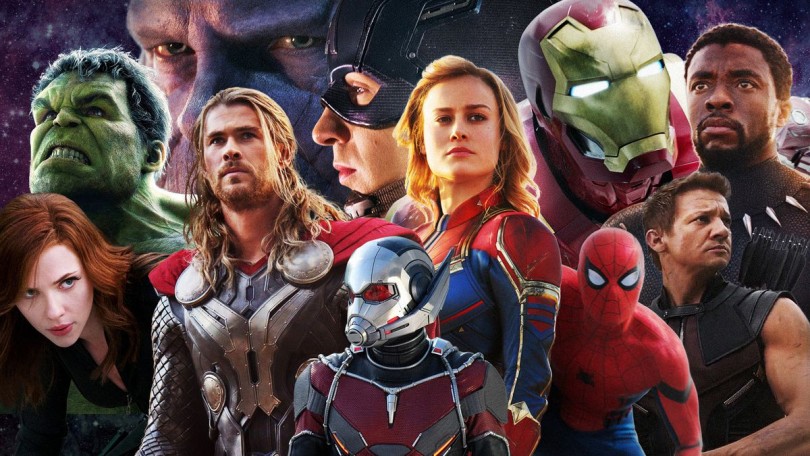 In case you are planning to have a Marvel movie marathon this year, you must know the order in which to do so.

Moving on, we will tell you how to watch these movies in both chronological as well as release orders. If you are just starting Wanda Vision on Disney plus, we will let you know where to fit that movie.

Disney plus is the best plus to start watching Marvel movies in order. This is primarily because they stream most of them in 4K.

Wanda Vision is one of the first of their MCU TV shows, and it is followed by the Falcon and The Winter soldier, which will release in March 2021.

Then you have Loki in May, Ms. Marvel, and Hawkeye in the later part of 2021. Moon Knight, She-Hulk, Armor Wars, Iron heart, and Secret Invasion originals are also coming up this year.

This year will also see the return of Marvel franchises in theatres. It will start with Black Widow in May, followed by Shang-Chi and Marvel’s Eternals in the second half.

There are two ways in which you may view these Marvel movies. One is the chronological order, starting with Steve Rogers facing Red Skull in Captain America. On the other hand, is the release order, which begins with the debut of Iron Man in 2008. Have a look at both of them.

How To Watch The Marvel Movies In Order: Chronological Order

Mostly what you are looking for is a Marvel Cinematic Universe Timeline. We are mentioning below the Marvel films in chronological order, which starts with Captain America. This is followed by the First Avengers and ends with Spider-Man: Far from Home.

The reason why we are mentioning this order is that you will get to see the events proceeding as they happened.

It began with Red Skull’s search for the Tesseract and ends with Peter Parker’s vacation. This story continues with Wanda Vision on Disney, and that also is detailed below.

Have A Look At The Chronological Viewing Order Of These Marvel Movies:

If you want to add Marvel TV, Wanda Vision is after Endgame, but we do not know how it is set concerning Far from home.

When this year Marvel movies like Black Widow and Eternals are released alongside shows like the Falcon, Winter Soldier, and Loki, we will update this timeline again. Black Widow would then come after Captain America: Civil War. However, we are unclear about which parts of the film are set earlier or later, so we will not alter the list.

You could also watch the MCU movies in the order in which they were released. This list began with Iron Man in 2008, and it finishes off with Avengers: Endgame and Spider-Man: Far From Home. When you watch the Marvel movies in release order, it is like going on a nostalgia trip. As you move ahead, you will see how these films have improved over time, thanks to increased budgets and better star casts.

We have also mentioned the Future phase 4 release dates of their movies for your reference. After a quiet 2020, this year should be a bonus for Marvel lovers.

You May Also Like This: Your Guide To Watching The Star Wars Movies In Order

The Future Of The Marvel Cinematic Universe, Including TV Shows

Are you wondering which of these Marvel movies are on Disney plus platform? The list we are sharing is updated for the US, UK, and Australia till December 2020. The Incredible Hulk and Spiderman films will not be present on Disney Plus because Universal and Sony have the distribution rights to them. You could buy or rent them to complete your marathon.

Mentioned Are The Marvel Movies That You Can See On Disney Plus:

In the end, here we share all the original Marvel Disney Plus TV shows which are in the pipeline yet will fit into the MCU saga. We have only the release dates of Wanda Vision, The Falcon, the winter soldier, and Loki, and the rest dates are tentative.

So, which are the best Marvel movies? We all think that Civil war, Infinity War, and Avengers are toppers in this list, but people differ. Below we rank the film based on the ranking they get on IMDb.

If you see the list, you will find some correct ratings while others are totally out of place. There is a tie between the last two avengers’ movies, i.e., Endgame and Infinity war, to grab the best film position.