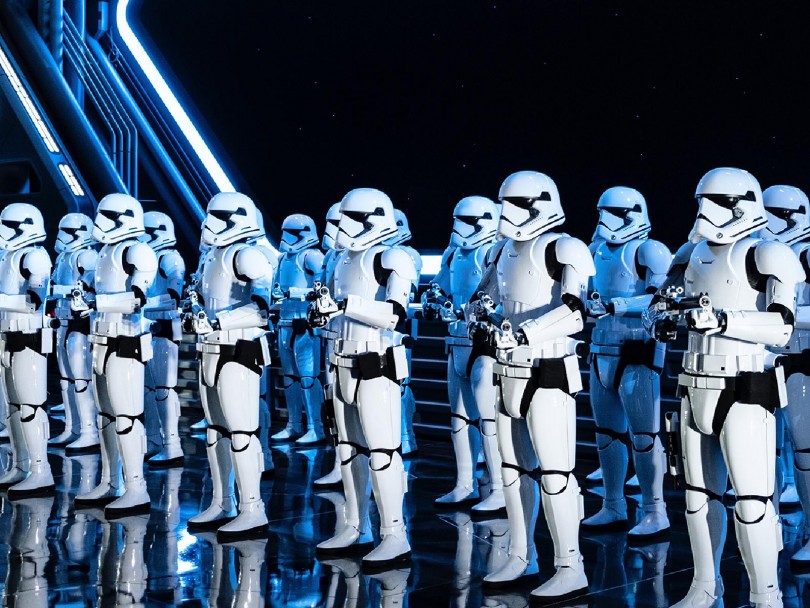 Who does not adore the Star Wars genre? Now that you are getting the chance to stay at home you can watch all these movies once again. This science fiction story covers multiple generations, and fans are confused on which order is the correct one to pursue. There are several ways to do so and read them with us.

There is an argument that it is wise to watch these movies in the order they were released. This is also known as the “Production order” and means that you first watch the original trilogy, followed by Episode IV- new hope, and then The empire strikes back and Return of the Jedi. This should be followed by the prequel trilogy Episode I – The Phantom Menace, Episode II – Attack of the Clones, and Episode III – Revenge of the Sith.

Then you can move on to 2015’s Episode I- The Force awakens, 2016’s Rogue One: A Star Wars Story, 2017’s Episode VIII- The lost Jedi, 2018’s Solo: A Star Wars Story, and in the end, Episode IX: The Rise of Skywalker. The benefit of watching movies in this order is that you can see them as a veteran fan saw them. Starting with George Lucas’s adventure and then moving on to the prequels’ excitement, followed by the modern Disney movies.

Watching these films in this order means that you have to do a regular jumping around on the timeline. This gives a feeling of it being less of a linear narrative and more like self-contained stories.

More benefits of this order are that you get to see the Star Wars story as it unfolds. On the flip side, you start your Star Wars binge-watching with the three worst movies of the franchise. The initial film is amateur in comparison to the visual effects incorporated in the ’70s and ’80s. Later on, coming to the modern trilogy and individual movies and the difference is evident.

Another problem is that this order leaves some of the best movies, i.e., Episode IV – A New Hope and Episode V – The Empire Strikes Back sandwiched in the middle. These movies are more pivotal and reveal an important plot detail in the series.

So, what to do if you are not happy with this order?

Rod Hilton, a blogger and programmer from Colorado, answered this question in 2011 and discussed a new viewing order. This order is also known as the “Machette order” and is supposed to be a more immersive and entertaining way to see the Star Wars saga.

You May Also Like This: Your Guide To Watching The Star Wars Movies

According to this order, he moves ahead the modern trilogy and the stand-alone films. The order starts with Episode IV – A New Hope and Episode V – The Empire Strikes Back. This would be followed by Episode II – Attack of the Clones and Episode III – Revenge of the Sith, where the drama of Anakin turning into the Darth Vader unfolds. You could now move on to this redemption story in Episode VI-Return of the Jedi (For some reason, Hilton left Episode I).

According to Hilton, the reasons why he has created order like this are because:

If you consider the Star Wars Saga as Luke Skywalker’s story and the climax is when Luke believes that his father could be redeemed, then the viewing order must intuitively present the same.

As per Hilton, this order tells Luke’s story. “Just when our man Luke is stormed by the question that “Is his father Darth Vader?” we should go back in a flashback to see that this is true. Once we comprehend that, yes, his father has turned a villain, we can come back to the main story and see how Luke can rescue him and bring out his goodness.

This is a convincing argument for an order that puts together the less liked chapters of the saga along with the best movies and ends with a compelling climax to Luke and his father’s story.

If you ask him why he left out Episode I – The Phantom Menace, Hilton says, he feels that this movie is not very substantial compared to other films. This movie is generally treated as an outsider in this series as it uses Anakin and Jar Jar binks to add to the comedy aspect. The only positive feature of this movie is the presence of Sith Lord Darth Maul, who is removed soon.

By eliminating Episode I, you also remove the weirdness that could come up due to the age difference between Anakin and Padme, his future wife. By dropping the film, you allow both of them to enter the franchise at similar ages in their lives, i.e., as teens when they are unsure of how they would alter the future of the galaxy.

Thankfully we have a solution to that too.

It will make sense to add Episode VII- The Force Awakens, Episode VIII- The Last Jedi, and Episode IX – The Rise of Skywalker after Return of the Jedi. This is because the Return of the Jedi merges Luke and Anakin’s stories and also shows the darkest portrayal of Luke in the entire series till then.

Therefore, his disappearance between Episode VI and Episode VII makes sense as he is still trying to cope with his father’s death. On top of that comes Kylo Ren’s betrayal to the dark side, and it is too much to handle.

Post this viewing experience of The Last Jedi, therefore, becomes the ultimate end to the saga. Luke Skywalker’s evolution from a simpleton to a hero- and in the end showing Luke’s final noble act completes the series. Then we move on to the Rise of Skywalker, where the baton is offered to Rey, and the Skywalker saga ends.

Now the primary narrative of the full series is at its conclusion, so it is up to you if you want to watch the spin offs Solo and Rogue One. They both are great additions, but they do not drive the sage forward or advance the Skywalker theme. However, you may still include them if you want to.