Nobody’s perfect. Bollywood movies are loved for their entertainment quotient, song and dance sequences and interesting story lines. We’ve compiled a list of some silly Bollywood movie mistakes. Check them out. We guarantee, you’ll watch the original videos again once you go through this list.

Scroll Down For The Videos 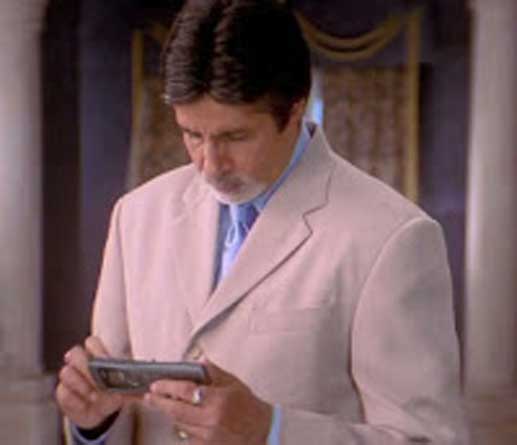 In K3G Amitabbh Bachchan was seen using Noia Commnicator phone whaich was launched in 1997. According to storyline this scene was based in 1991. What this means? Yash Raichand was so rich that Nokia made complmentary model 5 years before launch. Pretty Amazing!! 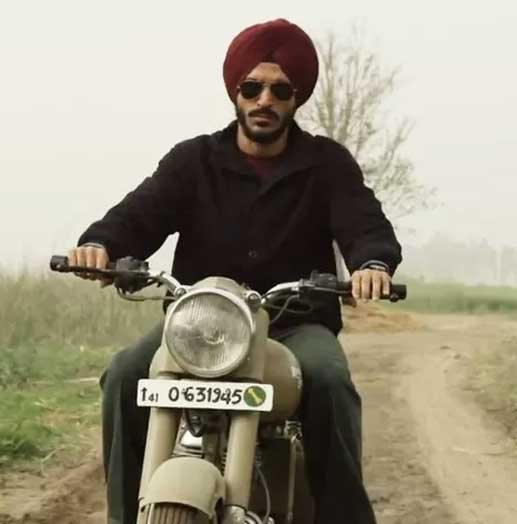 In movie Bhag Milkha Bhag Farhan Akhtar was seen driving 2012 model Royal Enfield when the storyline was set in 1950. A little more effort and they could have found 1950 model.

3. Italy In Hungary Or Hungary In Italy!! Confused?

In Sajay Leela Bhansali’s Hum Dil De Chuke Sanam, Ajay Devgan and Aishwarya Rai went to Italy to find Salman Khan. Romantic isn’t it!! No problem with that. But in last sequence all three of them were seen on the famous Szechenyi Chain Bridge above River Danube which is situated in Hungary’s capital Budapest. Mr. Bhansali can explain how Hungary and Italy merged. ???? This one is one of the dumbest mistakes in Bollywood movies.

4. No Electricity In Village But There Is An Overhead Water Tank? How How How? 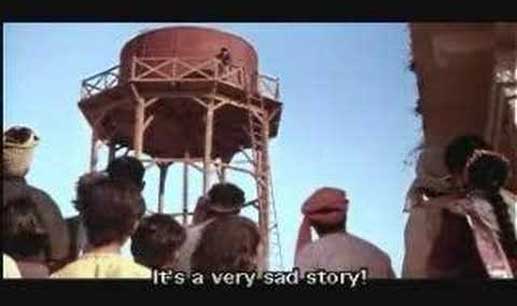 In Sholay, there is no electricity in Ramgarh village. Then how and why do they have overhead water tank which needs motor to fill water into the tank? I hope they were not crazy enough to fill water through bucket.

5. Aamir Khan Got Airtel Data Card Before Airtel Got It

Aamir Khan was seen using Airtel Data Card when he was talking to Kareena Kapoor to deliver baby. So here is the problem Hirani sir. Movie released in 2009, that means chatur met Rancho in 2009 after 10 years. So that scene was in 1999 when even Airtel had no idea about launching a data card. We guess that Mr. Perfectionist got the access before. 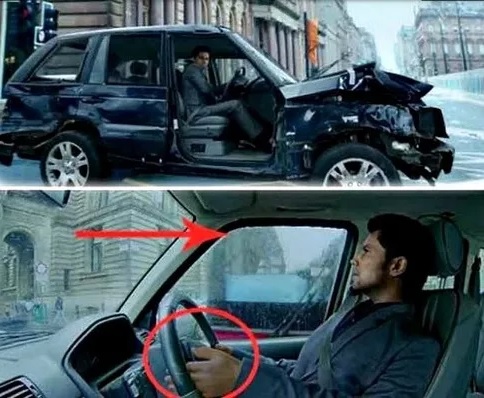 During an action scene, the door of the car which Randeep Hooda is driving is totally smashed. But right in the next scene, the door magically appears back on the car! Bhai’s magic we guess. Watch Here…

7. Some Rules Were Changed In Lagaan

Movie was based in 18th century when an over in cricket had 8 balls but our very own Bhuvan’s team used 6 ball rule in their match. ICC used this rule decades later, Lazy Peoples. 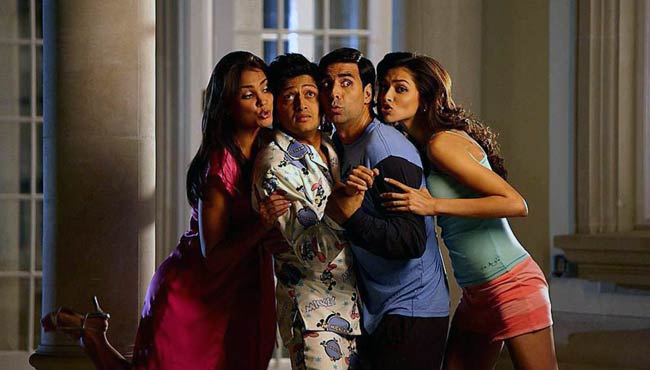 In the last scene of the movie Housefull Akshay Kumar goes to the Buckingham Palace. The tempo shown in the movie arrives with a registration number KA – 51**. Never imagined that Karnataka Gas is so popular that they call them in London.

9. Wedding In Punjab And Running Away Maharashtra???

In DDLJ Simran’s wedding was supposed to take place in a village in Punjab. But at the end of the movie they all shifted to Maharashtra, Miracle!!! The Station name plate read “Apta”; a small station near Mumbai which is more than 1800 KMs away from Punjab.

10. Boarded In Sleeper Coach And Left From General? 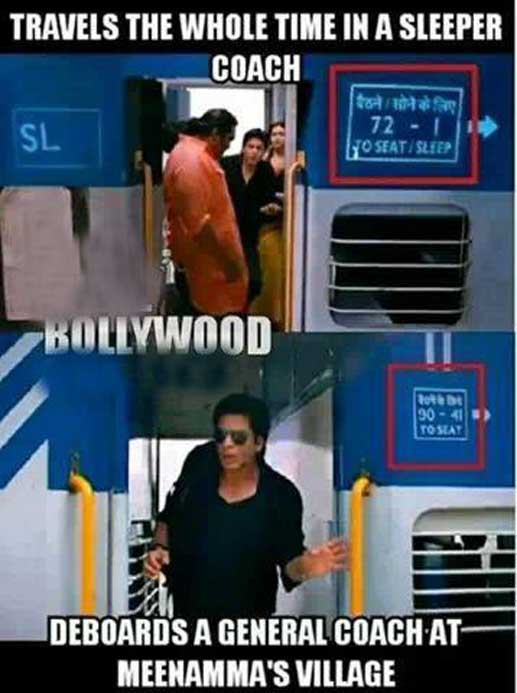 Shahrukh Khan boarded Chennai Express in a sleeper coach and whole scene was shoot in sleeper coach. But suddenly while leaving train, he was stepping out from a general coach. Some one tell Shetty Ji that these two coaches are not even connected.

So everyone loved the scene when Simran was running to hold Raj’s hand and train was moving. Leave other logical explanation aside like why Raj did not pulled the chain or Simran did not board in other coach. We have one simple question, Why Simran did not board the same coach’s other door, which was right in front of her when she was running. Logic definitely takes a back seat in Bollywood. Surely Dumbest Mistakes in Bollywood Movies.

12. A Pregnancy After Two Years, Is It Possible? 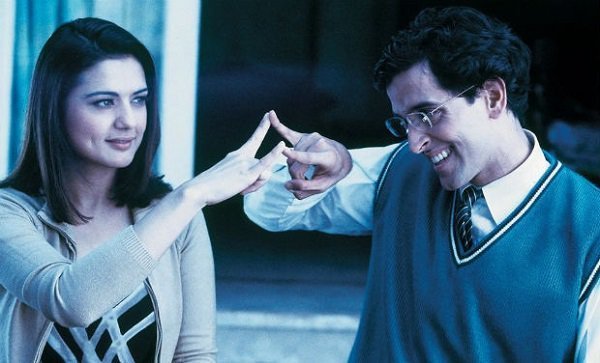 In Krissh we are shown that Hrithik Roshan or Rohit has been in Singapore for two years. But when the news of his demise comes his wife Preity Zinta has given birth to a baby. So how did she manage to stay pregnant for so long is the question we are asking.

13. No Pakistan Embassy In Bruges 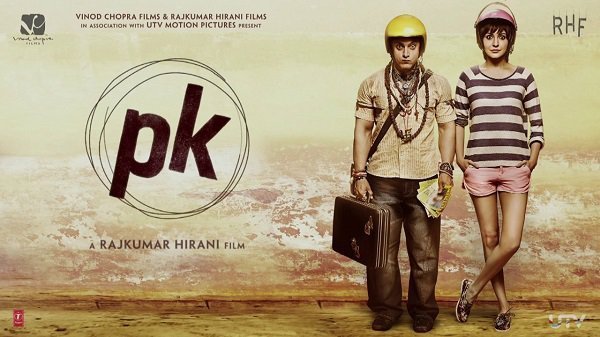 14. A Hindu Getting A Christian Burial

All religious traditions went for a toss when in Ra One Shahrukh who is a Tamilian Hindu was given a Christian burial. Later his wife Kareena Kapoor submerses his ashes in the river. Talk about being diverse. 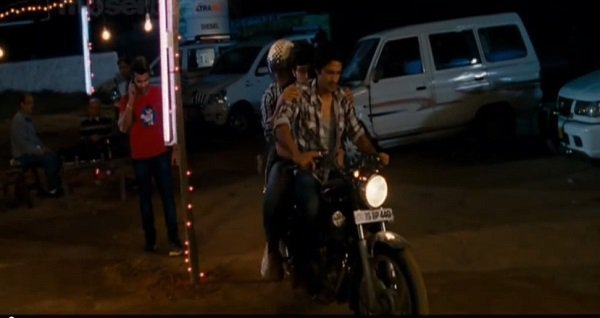 In Pyar ka Punchnama, all the friends reach the Dhaba in a bike. However, when they are leaving their bike conveniently changes into being a Jeep. Was that the director’s mistake or some magic in play? 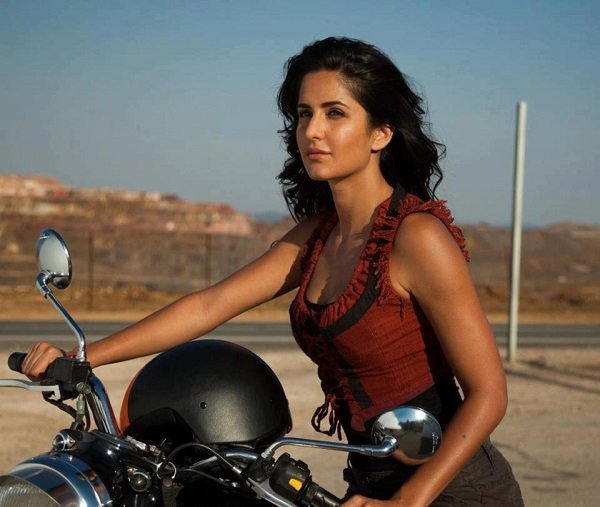 Zindagi Na Milegi Dobara sees a love-struck Katrina Kaif adorning a pink top when she leaves on the bike to find Hrithik. However, when she reaches him the top is maroon colored. Did she change it while being on the bike?

In the film, Kai Po Che people are watching news about the riots on Headline’s today channel. However, the makers did not realize that the channel was launched in 2003 whereas the riots happened in 2002. A clear mistake, isn’t it?

Here Are 138 Mistakes Found In Dhoom 3 By Bollywood Sins

Here Are 142 Mistakes Found In Chennai Express By Bollywood Sins

Here Are 158 Mistakes Found In Kick By Bollywood Sins