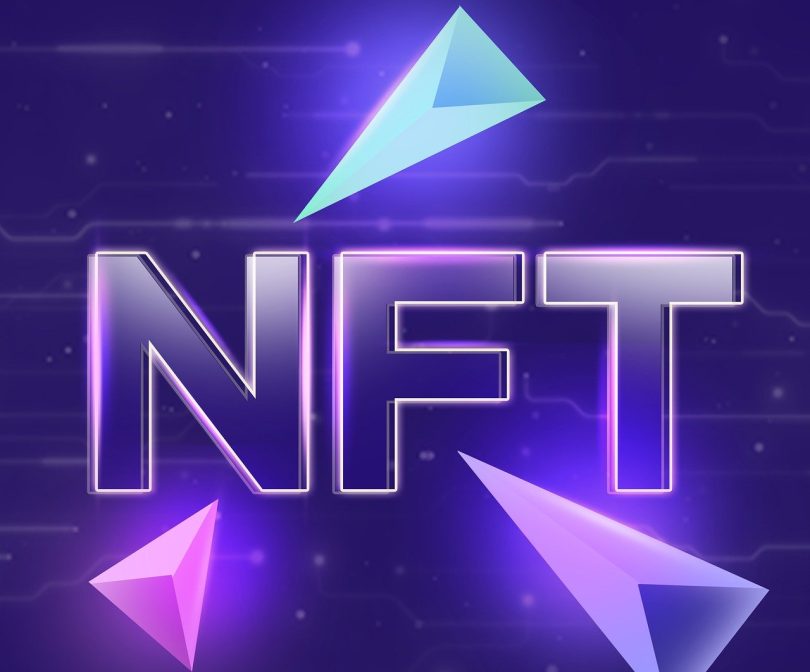 Investors are beginning to notice that non-fungible tokens (or NFTs) are changing how we view art.

NFTs have risen to the top of crypto in the past year. The cryptographically-unique tokens make it possible to create real-world scarcity for digital objects, and artists have seized on the opportunity presented by the technology.

2021 saw a significant increase in NFT interest. Google search interest for the term reached its highest ever levels, and NFT marketplaces such as Nifty Gateway or OpenSea recording record trading volumes, as everyone tries to understand this new asset class.

It’s not only interest that is on the rise. Individual NFTs are being sold for huge sums of cash, with Beeple and others making headlines for their record-breaking sales. We’ll let you know their true worth by taking a look at the ten most expensive NFTs sold.

Most Expensive NFTs That Were Sold At Ridiculously High Prices

EVERYDAYS – THE FIRST 5000 DAYS holds the record for the most expensive NFT ever sold. The work, which was created by Mike “Beeple”, a renowned digital artist, sold at Christie’s for $73.3 million. This is the first time that the venerable auction house has ever sold a purely electronic artwork.

The NFT is a collage of 5,000 Beeple’s earlier works, which demonstrates his growth as an artist throughout his career.

Vignesh Sundaresan (Metakovan) purchased it. Although initially anonymous, later revealed his identity. Metakovan stated that “The purpose was to show Indians that they could also be patrons, and that crypto was an equalizing force between the West and Rest, and that there was rising global south.”

Justin Sun, Tron CEO and founder, was the second highest bidder for the piece. He bid a staggering $60.2million before being sniped by Sundaresan.

You will soon get used to these pixelated faces. CryptoPunks are responsible for some of the most expensive NFT sales.

These are randomly generated sets of 10,000 digital characters and were the first non-fungible tokens to be released on the Ethereum Blockchain.

They were created by Matt Hall from American game studio Larva Labs and John Watkinson.

Some CryptoPunks that have rare or desirable features were initially given away free of charge. However, they are now selling for substantial sums. The CryptoPunk #7523 is one of nine Alien punks that has several of these attributes. Its unique topicality, thanks to its medical mask attribute, is one of the reasons why it was purchased in Sotheby’s auction. This was done by Shalom Meckenzie, DraftKings largest shareholder.

Meckenzie said that he wanted the CryptoPunk. It is part of an alien collection that is rarest and only one with a mask. It was symbolic of Covid, and the popularity of NFTs.

It is one of nine “alien CryptoPunks” and also has three accessories, a forward-cap and shades, and even a pipe. (Indeed, it is the only alien CryptoPunk with a pipe and forward cap).

The #1/1 from beeple’s first NG drop has just resold on the secondary market for $6.6 million.

History has just been made.

Congrats to beeple and of course to @pablorfraile for the sale. pic.twitter.com/mTYG4VABSw

CROSSROAD was created by Beeple, a renowned digital artist. It displays anti-Trump messages and a Donald Trump-like figure lying in a defeat heap with profanities written across the naked body. The artwork wasn’t designed to look exactly like this. It was created to reflect the outcome of 2020. It would have depicted Trump wearing a crown while striding through flames if he had won.

Nifty Gateway, a well-known marketplace for digital collectibles and technology, helped broker the $6.66million sale between the original owner (Twitter user Pedrorfraile), and an anonymous buyer.

The NFT was purchased four months ago and was then sold at approximately 10x its original cost.

SIX MILLION DOLLARS for climate change. THIS is what we need to enact real meaningful change… to work TOGETHER instead of fighting one another. ????????????

we CAN do this, we WILL do this. ❤️ pic.twitter.com/htsWhv503l

You might think NFTs are a ego-stroking exercise for crypto-billionaires. However, the money ended up going to a good cause. The auction’s profits went to the Open Earth Foundation. This non-profit tracks global progress towards the Paris Agreement to combat Climate Change.

Many were surprised when Sir Tim Berners Lee, the creator of the World Wide Web, announced his intention to sell an NFT that represented the original source code for the web at Sotheby’s auction. Critics complained that the sale to one person of the web’s source codes was against the decentralized nature and countered that argument by arguing that it was “totally compatible with the web values”.

It’s not its the source code for the web. This source code is open-source and in public domain and is therefore freely accessible to view and copy. It’s an artistic representation, a collection of artworks, of the source code. The sale was successful, and the NFT, called “This Changes everything”, sold for $5.4 million. A few days later, someone noticed a coding mistake in the artwork.

FIVE POINT FIVE MILLION from @PleasrDAO. It feels like the whole staff of @FreedomOfPress is watching live, and we’ve never seen anything like this. This is more than a spectacle — this is drama. All eyes turn to the dark horse. https://t.co/GOcrOiraXS

Edward Snowden, NSA whistleblower, jumped into the NFT ring on April 20, 2021 creating while auctioning off a digital art titled “Stay free”. The piece depicts a cut-out image of Edward Snowden, a penitent figure against the background of the text from a US appeals court decision. This is the Patriot Act’s prohibition on mass collection and surveillance of Americans’ phone records by the National Security Agency.

Snowden sold the artwork to a community-driven NFT marketplace Foundation for $5.4 million. All proceeds went to the Freedom of the Press Foundation which is a non-profit that promotes free speech, freedom of the media, and public-interest journalism.

The price paid is not the most interesting part. Who bought it? PleasrDAO, a decentralized autonomous organisation ( DAO), created to acquire “culturally important pieces with a charitable twist” for its investors. This is an example of an investor DAO. It is a new non-hierarchical organization which pools its resources for investments.

And now 1,337 ETH ($5M) – where do we even begin to thank @paulg! This gift is truly incredible, and will give thousands of new moms the knowledge, skills & confidence to care for their babies during and after the ongoing COVID-19 crisis in India & Bangladesh. Thank you so much! https://t.co/bqtTeKkcwo

NFTs don’t only benefit billionaires who can boast about their superiority over pixelated apes or zombies. They can also be used to benefit good causes. To raise funds for its work in South Asia with new mothers, the non-profit Noora Health launched its “Save Many Thousand of Lives” FFT. It was estimated that it could save nine lives for every 1,000 live births, at a cost of $1.235 per life. The NFT sold for 1,337ETH ($5.1 million) in May 2020, proving its success.

The sixth CryptoPunk was sold by our team in August 2021 at $4.4million. In one of the most remarkable examples of return on investment, its previous owner purchased it for $443 (3.5ETH) in November 2018. This means that they have made just shy 1,000,000% in just three years.

The punk is one of only 88 Zombies from the entire run of 10,000 CryptoPunks. It’s also one of four Zombies with the thin moustache attribute. This makes it an extremely rare specimen.

This NFT has a unique twist. REPLICATOR is a digital artwork created by Micah Bowbak. It makes copies of itself, as its name implies. The self-replicating NFT can produce hundreds of variant NFTs which can be then sold by the owner.

The artwork’s uniqueness was not lost on the buyer, who bought it at auction in April 2021 for just over $4.1 Million.

Bored Ape Yacht Club and CryptoPunks have been the headlines, but Ethereum-based generative art collection Art Blocks is quietly making hundreds of millions in trading volume. It sold its largest NFT sale in August 2021 with Fidenza #313 to Tyler Hobbs , which was worth 1,000 ETH (or 3.3 million). It was purchased for 0.58 ETH (around £1,400) two months prior, giving it a return of investment of more than 235,000%.

This is not the only Fidenza item that has sold for more than $1 million. Three other pieces from the collection, which produces a unique piece composed of colorful squares and rectangles upon minting have also been sold for seven-figure sums. In August 2021, the entire Art Blocks project generated $300 million in trading volume.

just setting up my twttr

The token was created using a platform called Valuables, which allows users to create NFTs that represent their tweets .

In his philanthropic efforts, Dorsey promised to convert 100% of the proceeds into Bitcoin and donate it to Africa Response.