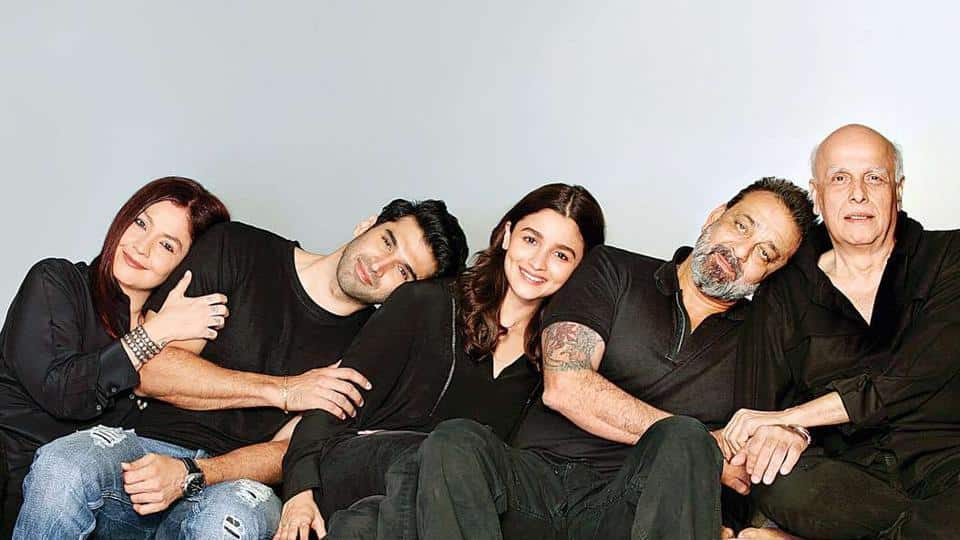 After 27 years of long hiatus when he bid direction adieu, Mahesh Bhatt is back to steal our hearts with Sadak 2, a sequel of Sanjay Dutt & Pooja Bhatt’s love drama Sadak, which will star daughters Alia Bhatt and Pooja Bhatt.

Scroll Down For Teaser

The film will have Sanjay Dutt and Aditya Roy Kapur as the male leads. The Sadak 2 teaser was revealed by Alia on Mahesh Bhatt’s 70th birthday.

Sadak 2 will witness siblings Alia & Pooja Bhatt sharing the screen space for the first time, and it will be the first collaboration of Alia with daddy Mahesh.

Alia wrote on Instagram, “On your 70th Birthday you have given me the greatest present I could ask and dream for. You are directing me! Sadak 2 is a dream come true..

What I thought will never be possible you have made possible. Thank you, daddy, from the bottom of my heart, soul and bones.

This will be a journey of discovery.. Of life, movies, feeling and most of all.. Of a father and daughter. I love you, my not-so-old man! Happy Birthday.”

Sadak (1991) was an intense story of a man who falls in love with a prostitute and bails her out of the clutches of a transgender pimp-lord Maharani played by late veteran actor Sadashiv Amrapurkar in an iconic negative role.

Returning to direction after almost 19 years, Mahesh wrote, “Life has no full stops. Just when I thought it was autumn, another spring arrives out of nowhere.

I feel like a volcano that is about to explode again. There is no end, there is no beginning, there is only this never-ending passionate flow of life.”

And he’s back!To breathe new life into our souls & to breathe more soul into our lives.I thought b’days were about receiving presents Pops & there you go and turn that on it’s head by giving us a gift instead-the gift of Sadak2 & the privilege of being directed by you. Shukriya! pic.twitter.com/A3xZNTtvi8

The announcement is truly important as it brings back Mahesh in the director’s chair years after he announced his retirement. Also, daughter Alia is playing at the top of her prowess right now. It is also a collaboration with Pooja who chose direction over acting more than a decade back.