Meeting Prime Minister Narendra Modi in Berlin was a pretty big deal to Priyanka Chopra, who is known for making headlines for her impeccable fashion sense. 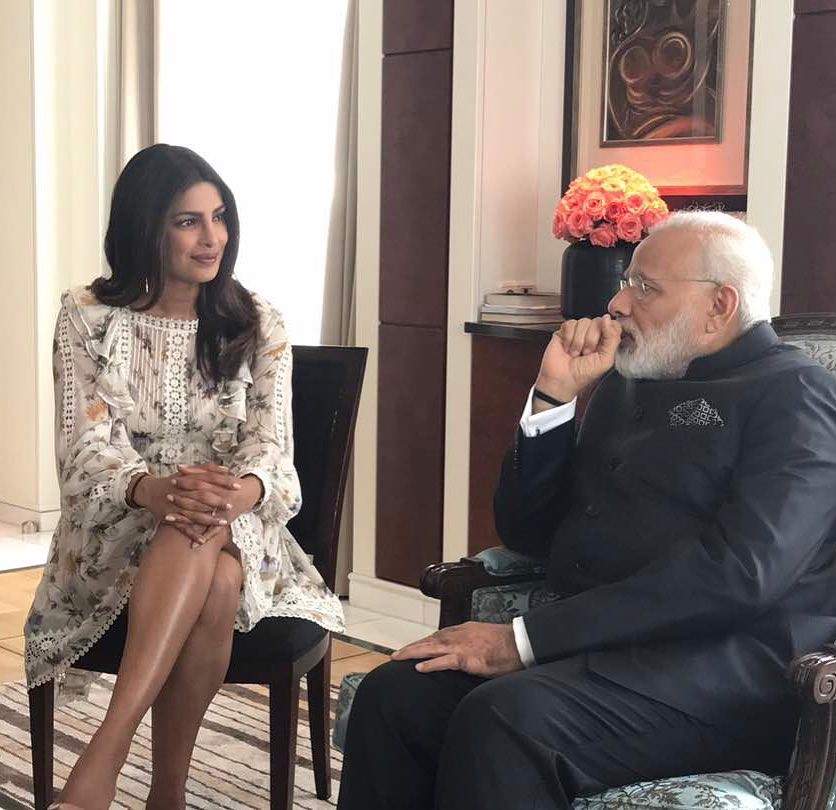 Meeting the PM in flesh rather unexpectedly led to her to sharing a photo on the social media. “Thank you for taking the time to meet me this morning @narendramodi Sir. Such a lovely coincidence to be in #berlin at the same time,” Priyanka captioned the photo. 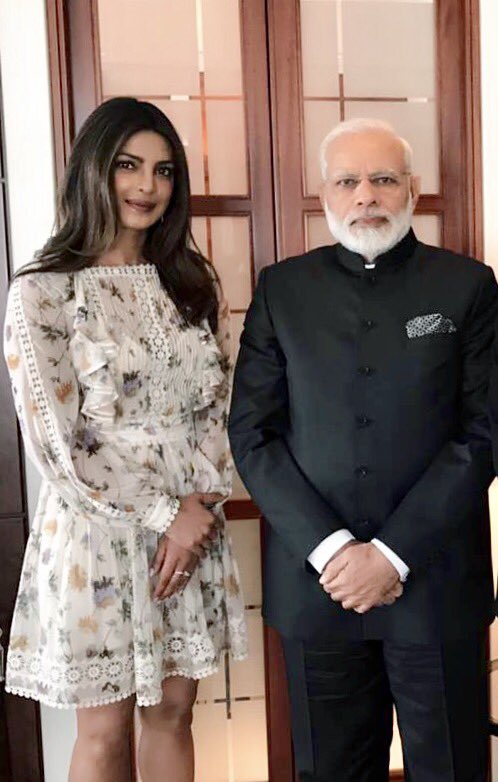 But here she massively messed up, and she was trolled on the internet for all the wrong reasons. Ever since she posted the photo, the internet has been trolling her for wearing a short dress. In fact, the people were even disappointed that she crossed her legs in front of the leader, who is also her elder. 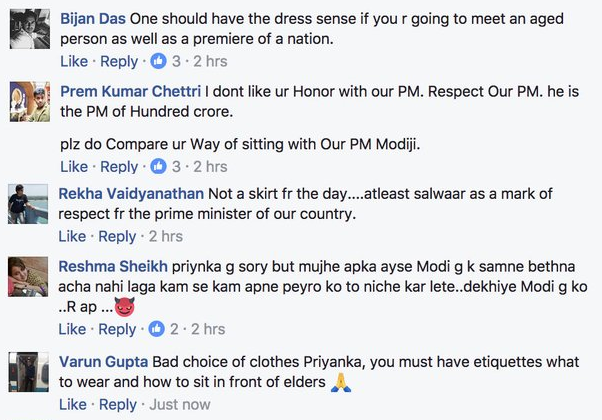 Hundreds of men and women have descended upon Chopra’s accounts to leave comments about how she shouldn’t be “showing her legs”, how she should “respect elders”, and other such complaints about offending “Indian culture”. 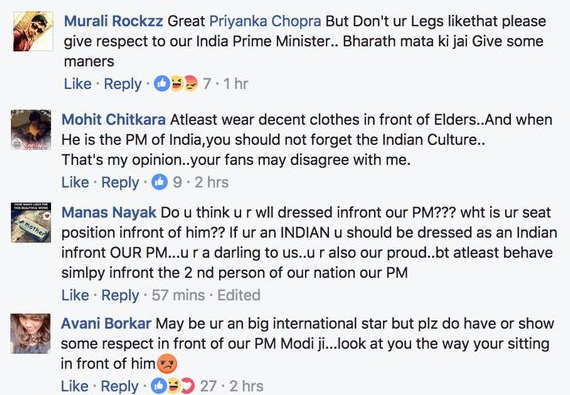 And it’s not just on Facebook. The trolls have been on Chopra’s case on all platforms.

They even went after her for crossing her legs. However, some Indians on Twitter were furious and unbelievably offended by these helpful suggestions.

HOW CAN U WEAR IN FRONT OF PM NO RESPEXT?

PM wears suit with name printed on it

LET HIM WEAR WHAT HE WANT

How can Modiji wear short clothes does he not respect Modiji? pic.twitter.com/lDiL582Bbz

And that’s when Priyanka took to social media again to express her thoughts. She posted a photo flaunting her legs but this time with her mother, Madhu Chopra. And her caption is the most bad*ss reply to all the trollers out there: 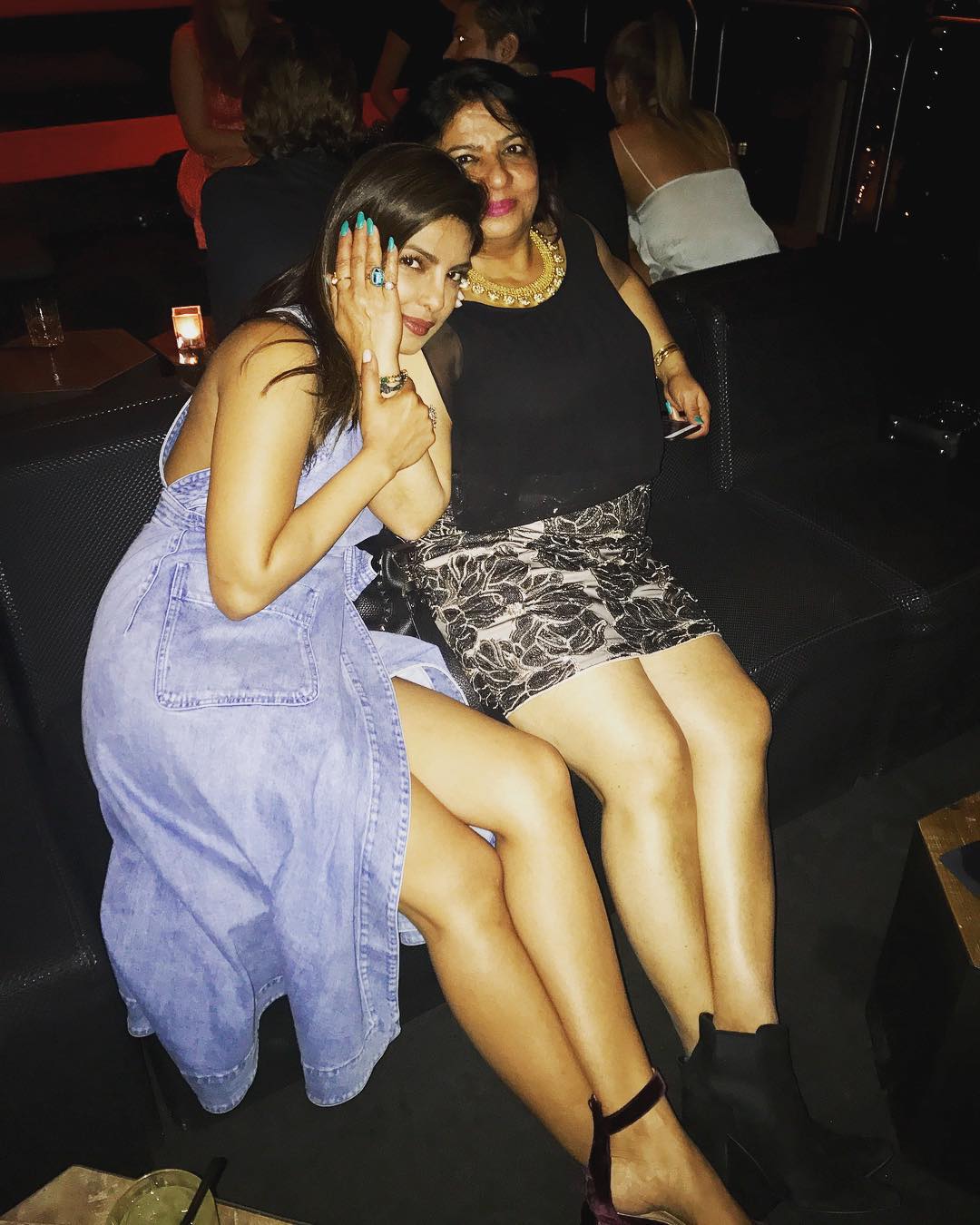 “Legs for days… #Itsthegenes with Madhu Chopra night out in #Berlin #BeingBaywatch.” Miss Chopra captioned her photo on Instagram.