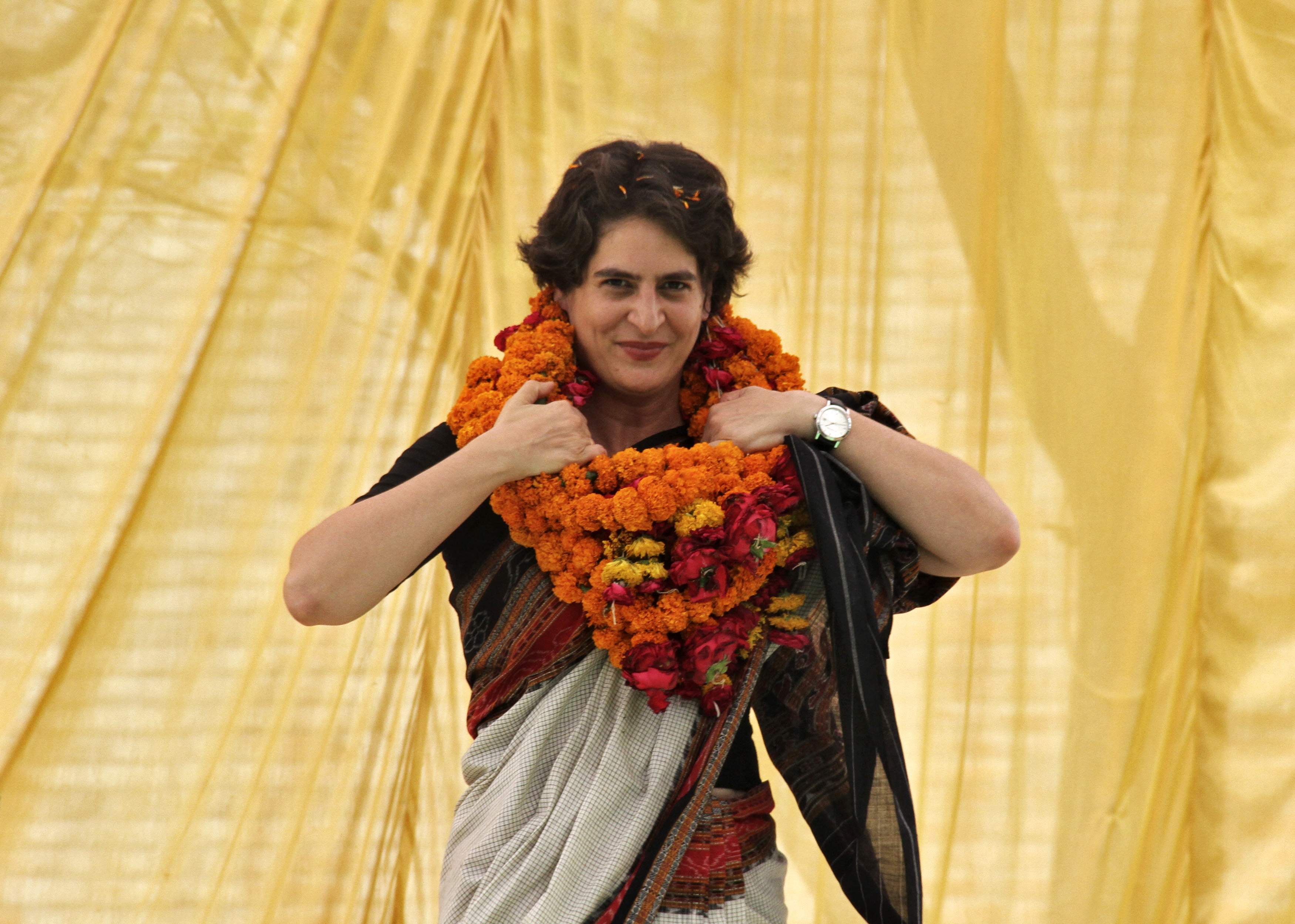 Priyanka Gandhi Vadra has been appointed as the general secretary at All India Congress Committee, marking her formal entry into politics.

Often dubbed the “Brahmastra” or the mythical ultimate weapon of the Congress, 47-year-old Priyanka Gandhi Vadra, who reminds many of her grandmother and former prime minister Indira Gandhi both for her charisma and the stunning likeness, will take over as AICC general secretary for UP East in the first week of February. 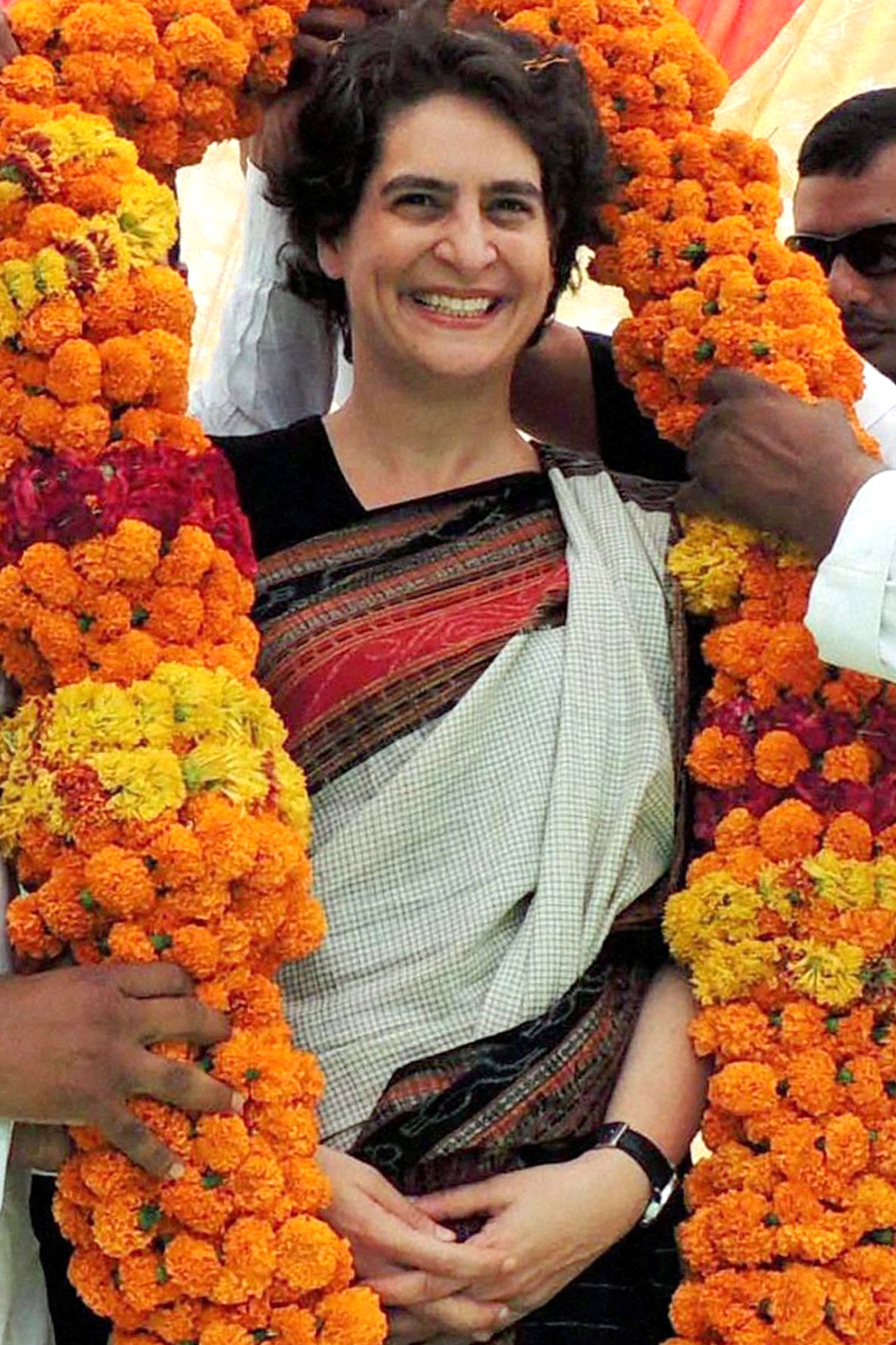 You May Also Like : 12 Quick Facts Which You Don’t Know About Her.

The appointment is being seen as a masterstroke which will boost the morale of party workers in a state where Congress influence has been waning over the years and where the Samajwadi Party and the Bahujan Samaj Party have announced a tie-up.

“The bond between Congress and Uttar Pradesh dates back to the birth to the birth of Pundit Nehru. It is time to revive the bond and unite the family of UP to fight the fascist divisive forces,” Priyanka Gandhi Vadra tweeted after the announcement.

Greetings and wishes started flowing in at her appointment:

BJP’s Sambit Patra on #PriyankaGandhi joining active politics: “The Congress party is a family party, there is no doubt about it. After being rejected from the ‘Mahagathbandhan’ everywhere, the party has sought a crutch from within their own family” pic.twitter.com/f2U9bs5zRl

“Give it your best,” says husband Robert Vadra on Priyanka Gandhi Vadra’s appointment as the Congress’s general secretary in charge of the eastern part of Uttar Pradesh#PriyankaGandhiVadra #PriyankaGandhi
Track LIVE updates: https://t.co/hdmVSGgZ2I pic.twitter.com/RihBtpo766

Congress President Rahul Gandhi on #PriyankaGandhiVadra‘s appointment as in-charge of Uttar Pradesh east: “Our aim is to defeat the BJP”

.@JM_Scindia was appointed as general secretary in charge of west Uttar Pradesh

Interesting thing about #PriyankaGandhi entry in active politics is that as general secretary in charge of UP East she is taking on PM Modi on his turf, Varanasi.

Vice President of Janata Dal (United) @PrashantKishor on #PriyankaGandhi‘s plunge into politics: “One of the most awaited entries in Indian politics is finally here!”

Big move by @INCIndia : #PriyankaGandhi officially enters politics. She’s always had big support among local cong workers in UP who relate to her more than they do with @RahulGandhi https://t.co/2Whpx2P2eM

Pidis welcoming their new master. Hope they will get biscuits from her as well. #PriyankaGandhi pic.twitter.com/33ldIvAsnn

The bond between INC and Uttar Pradesh dates back to the birth to birth of Pundit Nehru. It is time to revive the bond and unite the family of UP to fight the fascist divisive forces. #PriyankaGandhi #SubhashChandraBose pic.twitter.com/Y0eOIov02S