According to Hindu mythology, there are about 330 million gods. Even then we were not satisfied and hence we started creating living gods and worship them. Some say that God is a formless, omnipresent entity that resides in every corner of this universe.

There are few temples where unusual deities are worshiped in India. Unusual as it may sound, these ‘offbeat’ temples across the country have been attracting devotees. Here are 11 of such temples that has to be part of your soul searching destinations. 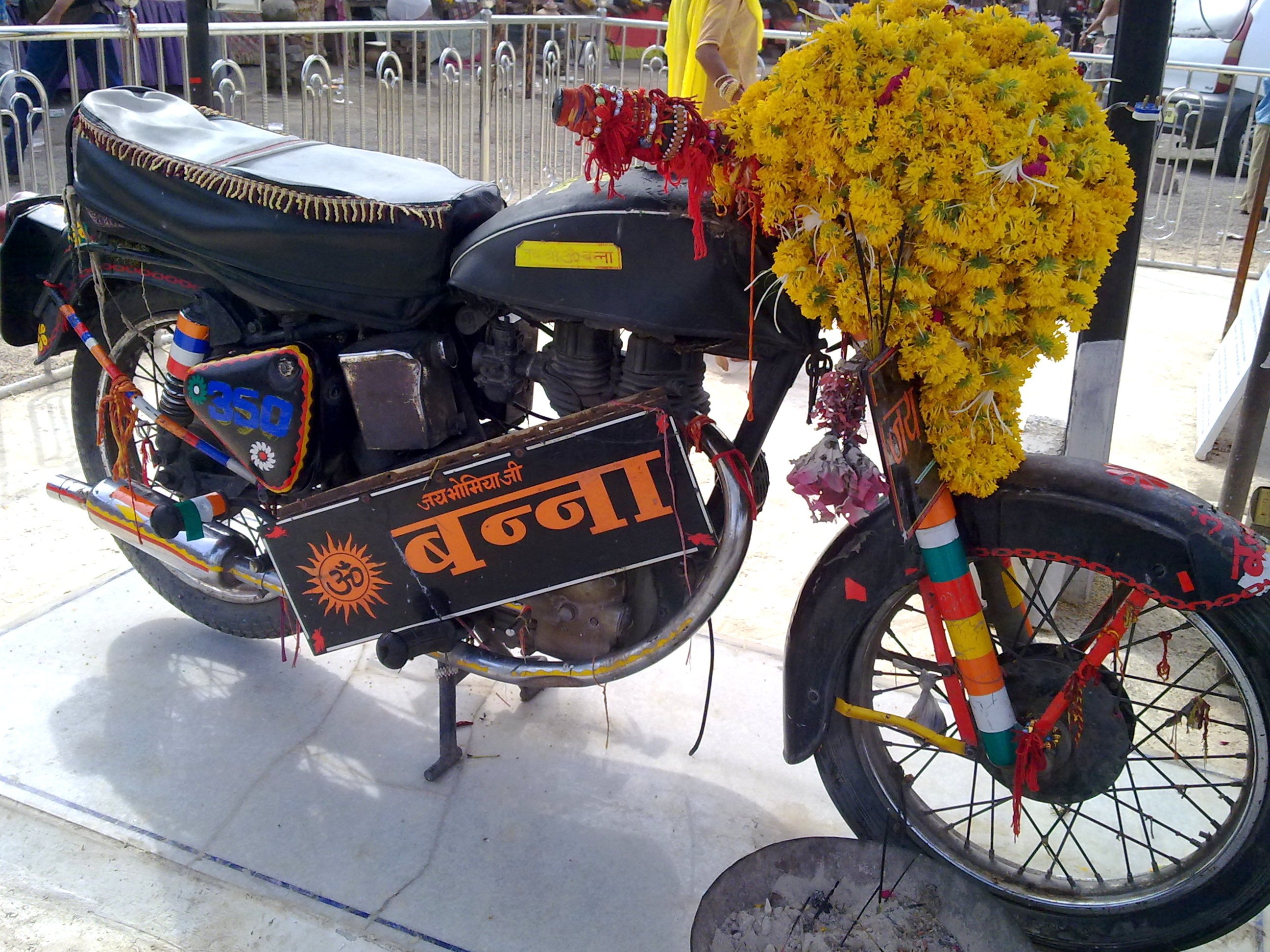 This temple was built back in Bandayi village, around 40 kms from Jodhpur. Here, devotees gather to worship an Enfield Bullet motorbike, which is inside a glass box with its front open and decorated. People, who pray here for safe journey, claim that the bike has supernatural powers. 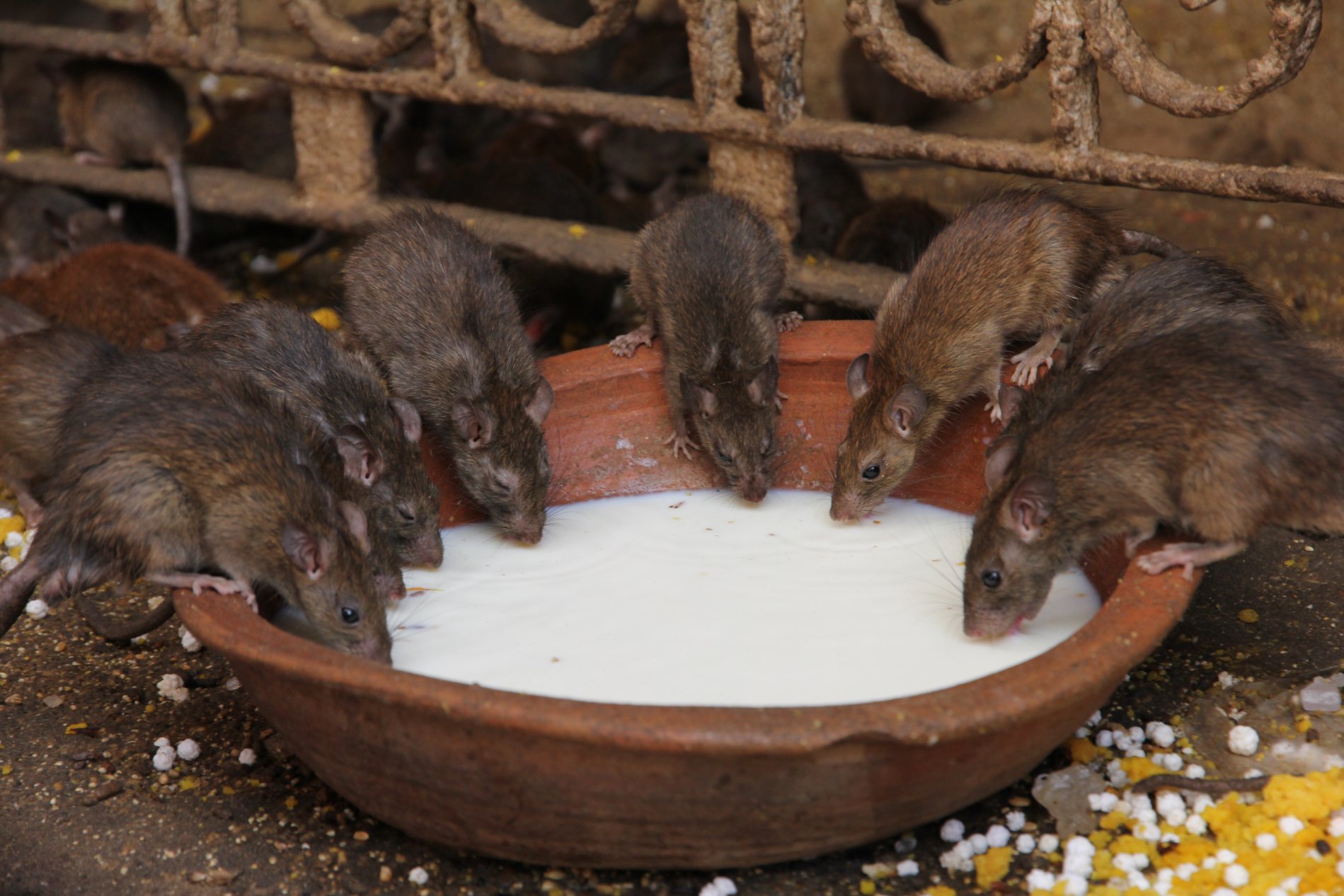 Imagine about 20,000 rats scurrying near your feet while you are praying. Instead of freaking out, devotees of Goddess Karni Mata pour milk to the rodents. 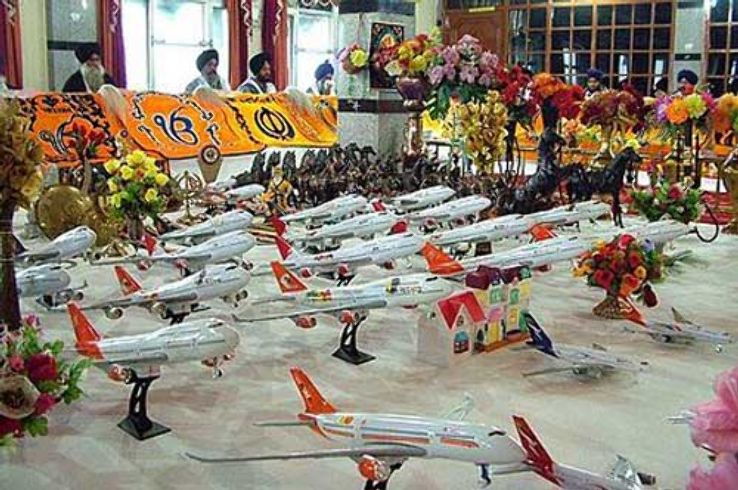 Known as ‘hawai jahaz’ gurdwara, this temple is Punjab is a treat for people who collect miniatures of aircrafts. People who wish to travel abroad offer miniature aircraft at Shaheed Baba Nihal Singh Gurdwara. This gurdwara is considered as a ticket to abroad, especially the US. 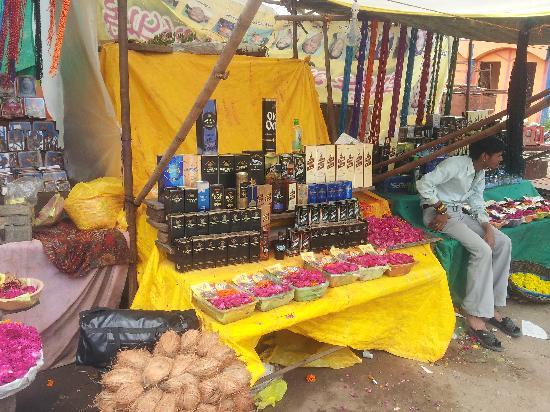 There is liquor prohibition in Madhya Pradesh, and among those who break this law, gods too are game. Every Sunday evening, devotees carrying liquor bottles queue up at the Bhairav temple in the Manainagar area of Ahmedabad. After a puja at 7.30 pm, a junior priest discreetly collects the bottled offerings from devotees and passes on to the main priest. He then pours a peg or two on the idol while chanting mantras. 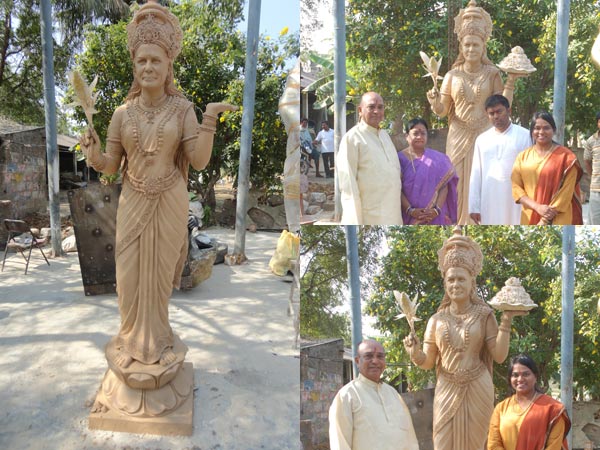 To express their gratitude to AICC president Sonia Gandhi for creating Telangana, Congress leaders from the district constructed a temple for her in Mallial town. The leaders installed a white marble statue of Sonia Gandhi and had the portraits of Indira Gandhi, Rajiv Gandhi and Rahul Gandhi on temple walls outside. 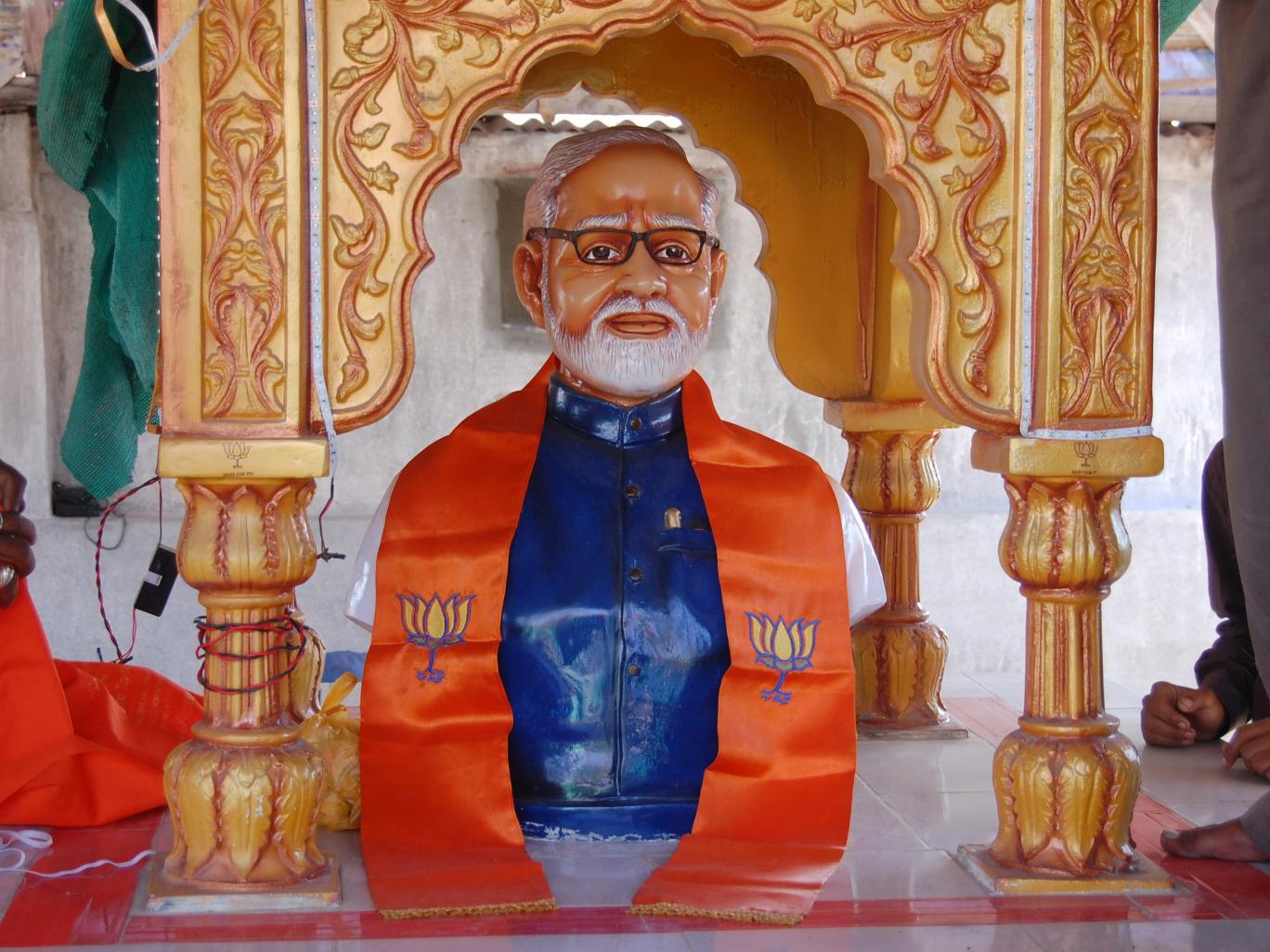 Prime Minister Narendra Modi has a temple dedicated to him where else rather than in Gujarat. It took around two years to build the temple and initially had a photograph of Prime Minister Modi. Everyday, prayers are conducted twice in this temple and ‘devotees’ from neighbouring
villages too take part in it. 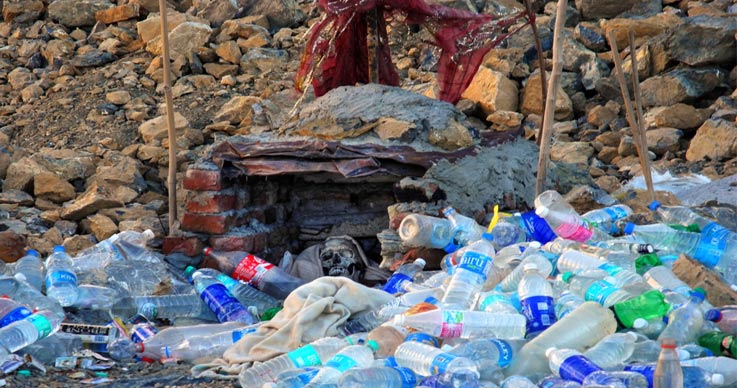 This temple is in Manali Leh highway, traveller come across a series of 20 hairpin bends that take them to Nakeela, a high altitude pass at 16000 feet. Traveller will offer water bottles and occasional packet of biscuits. These offerings are kept to appease a ghost that haunts these meandering loops. 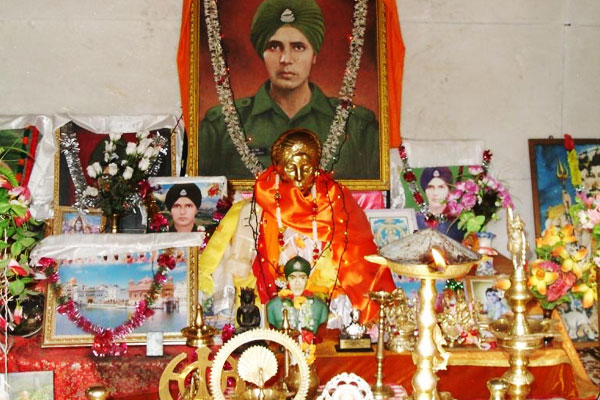 The Mandir was built in the memory of a great soldier Harbhajan singh one who helps protect the Indian Army from China. The temple Situated almost 13000 ft High Mountain between Nathula And Jelepla Pass, Gangtok India. So basically, this temple is his Samadhi built and maintained by the Indian Army. The Statue of the great soldier is installed inside and the Indian flag flies in all its glory. 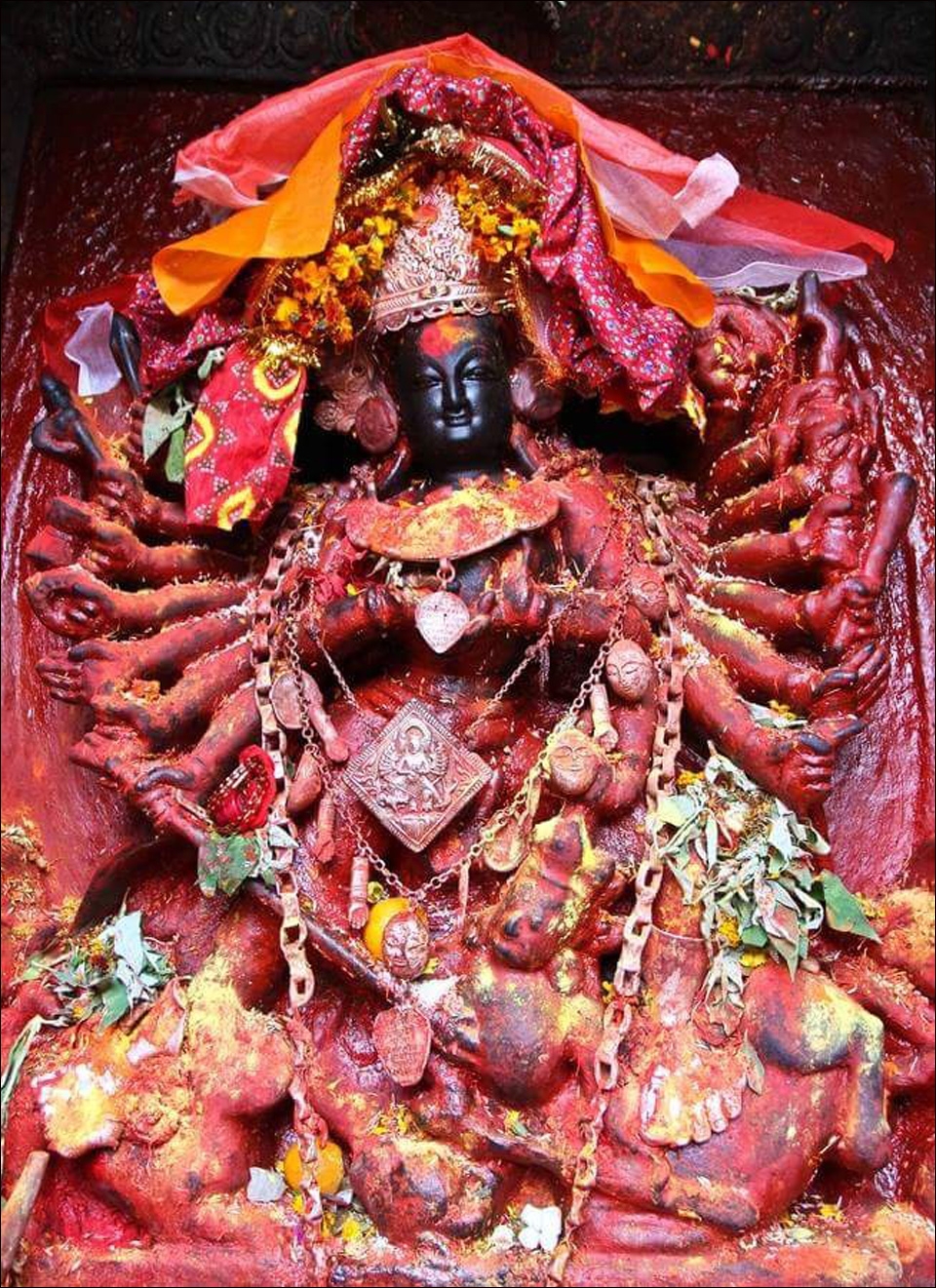 Kodungallur Bhagavathy Temple is a Hindu temple at Kodungallur, Thrissur district, Kerala state, India. The idol of the goddess Bhadrakali in the temple is unique as it has eight hands with various attributes. One is holding the head of the demon king Daruka, another sickle-shaped sword, next an anklet, another a bell, among others. In this temple Goddess Bhadrakali is abused by devotees during an annual festival. 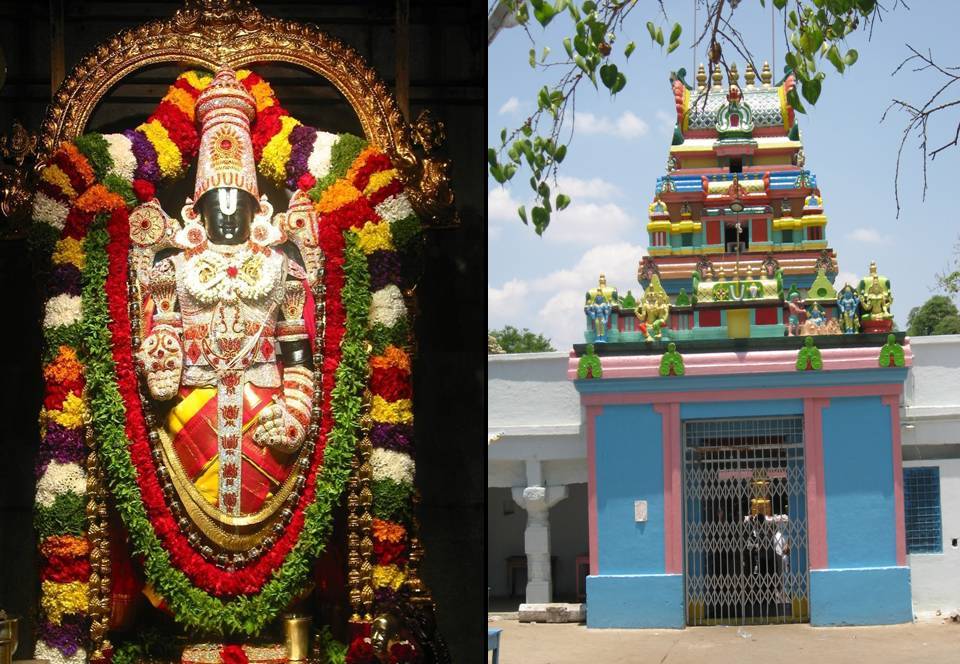 Chilkur Balaji Temple, popularly known as “Visa Balaji Temple”, is an ancient Hindu temple of Lord Balaji on the banks of Osman Sagar in Hyderabad. This temple has no hundi and neither accepts any money from devotees. People belief is that, this temple fulfil your dreams come true if you wish to travel abroad. Most of the devotees visit this temple before their visa interview. 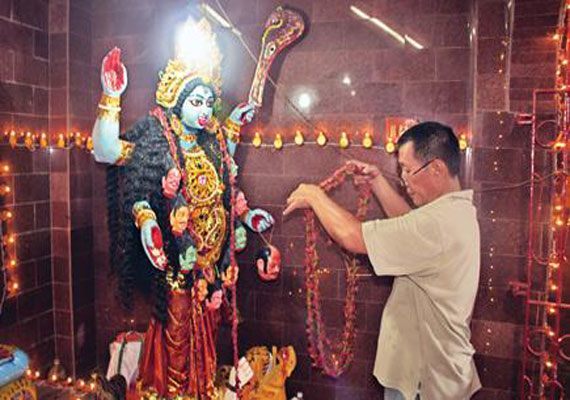 This is the temple with Kali idol and located in Kolkata’s Tangra area which is India’s own Chinatown. This temple is run by Chinese people. The bhog being offered at the foot of Ma Kali in this temple is Noodles, chop suey, rice and vegetable dishes adorn the feet of the goddess. This temple is the best possible example of assimilation, unity and acceptance.