Home » Food » 25 Plants, Fruits, Seeds And Nuts That Can Be A Health Risk To You 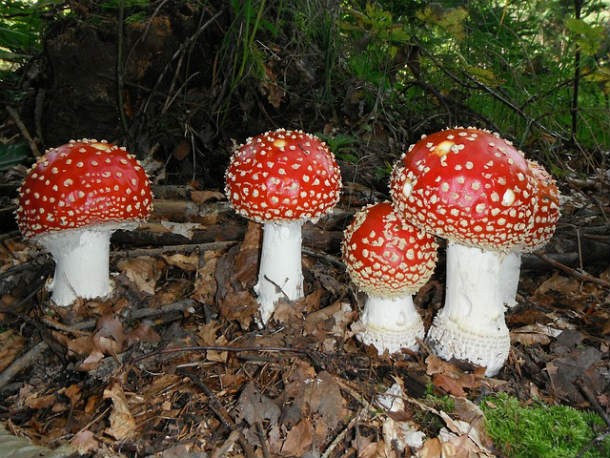 Natural doesn’t mean that it is in any way without risks or side effects. Here are 25 plants, fruits, seeds and nuts that can be a health risk to you. 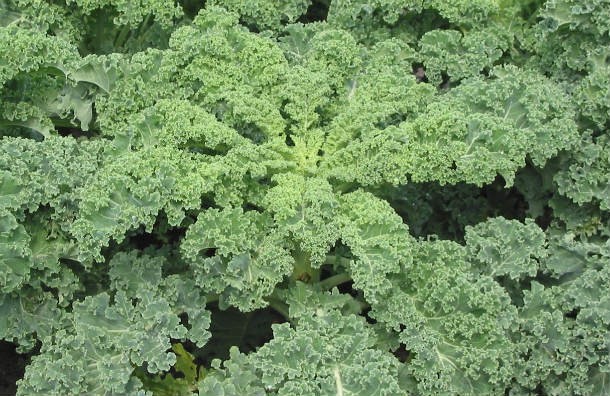 Kale is sort of the holy grail of natural, healthy foods. However, eating too much of it (and let’s be honest, kale chips are delicious) can harm your thyroid or cause even more damage to those who already have a thyroid imbalance. Click here. 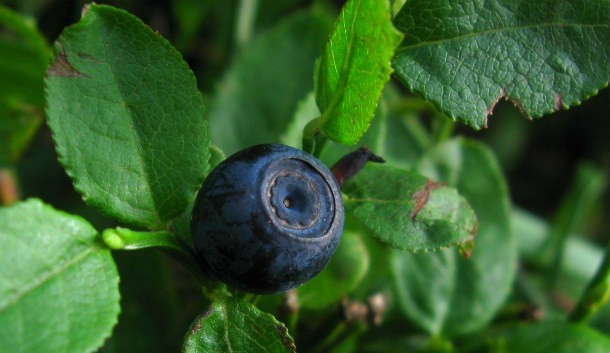 Bilberry is a fruit sort of like a blueberry, the dried extract of which is used as a all natural remedy for poor circulation and skin problems. However, it can also increase the risk of bleeding similar to warfarin use. Read more. 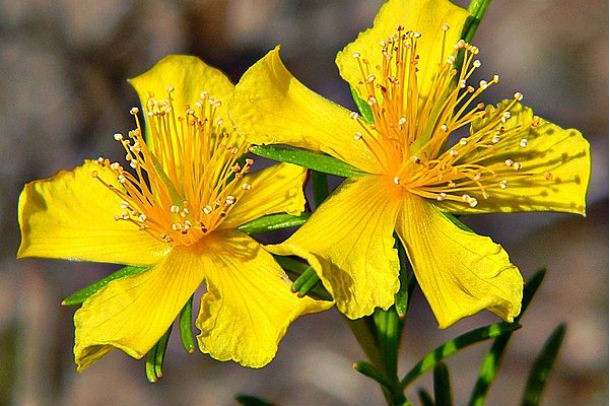 St. John’s Wort, Hypericum perforatum, is a flowering plant in the family Hypericaceae. St. John’s Wort is a well known all natural supplement used to treat depression, but it can also cause a whole host of other symptoms like panic attacks, amnesia, vomiting, or dizziness. Source link. 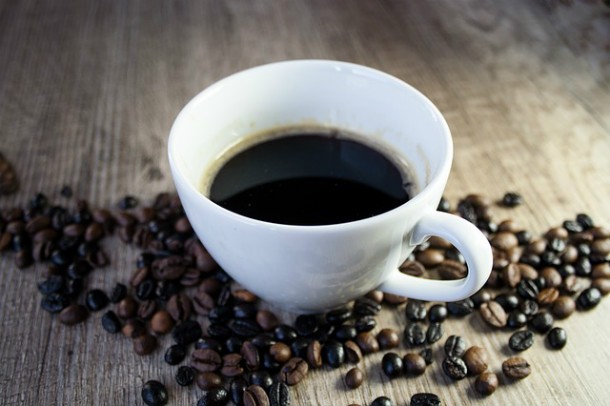 Caffeine may be one of the most popular ways to wake up worldwide, but it also has some pretty upsetting side effects such as an increase in anxiety, blood pressure, worse menopausal symptoms in women, and too much can even kill you. Some people have a sensitivity to caffeine and having any can mean instant migraine. Click here. 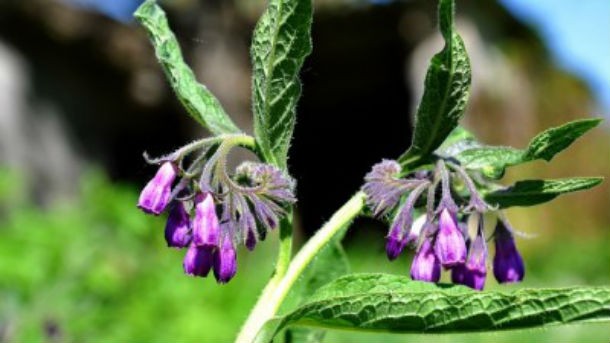 Comfrey is a well known herb that helps heal small injuries, such as cuts and burns and helps greatly with inflammation, but taken internally as tea, which some do, it can cause serious liver and sometimes lung damage. Visit here to know more. 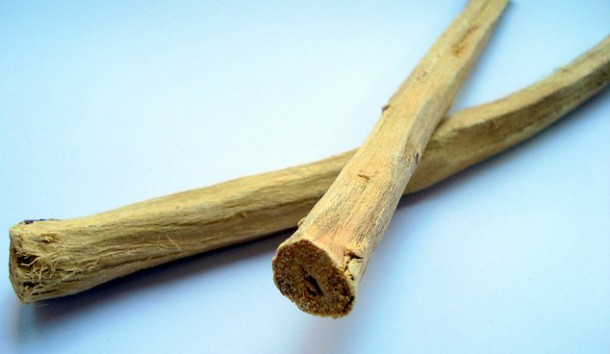 Licorice root is a herbal remedy sometimes used to treat bronchitis and viral infections, but it can also raise blood pressure and dangerously deplete potassium, both very bad things for people with high or borderline high blood pressure. Click here. 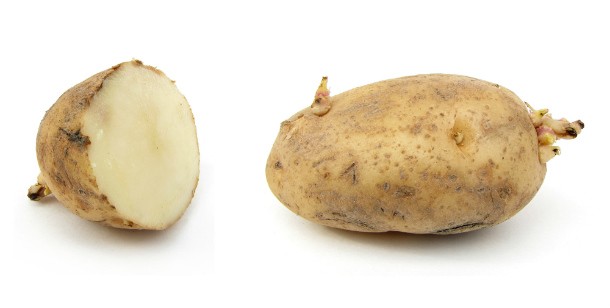 Never eat potatoes that have turned green as this means they now contain solaine, which is very toxic and can cause everything from an upset stomach to hallucinations and slowed breathing. Know more. 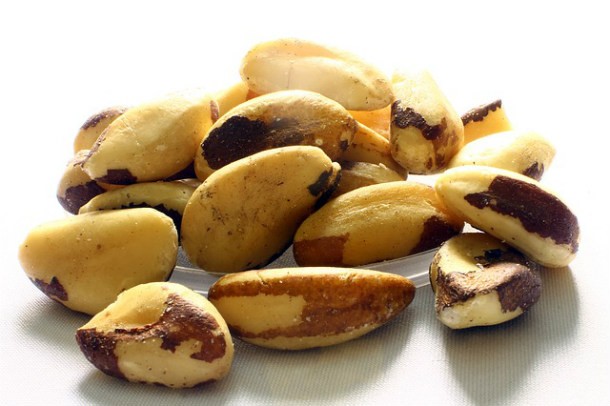 Brazil nuts contain a large amount of selenium, and eating them frequently or in large quantities can lead to selenium poisoning, which can make your nails brittle and your hair fall out. Read more.

Kava Kava is a plant found on the pacific islands, and sometimes it’s used as a natural treatment for anxiety. However, kava kava usage can cause liver damage and even death. More detail. 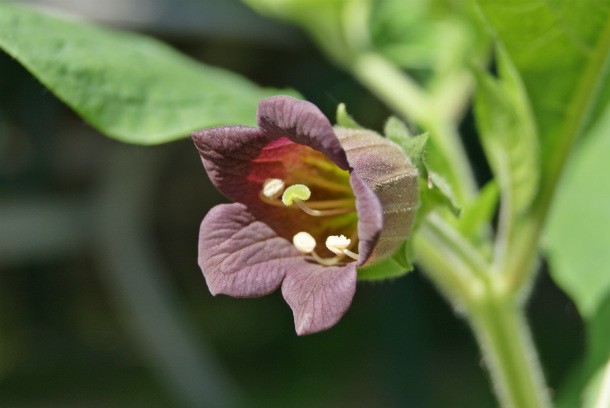 Belladonna, also known as deadly nightshade, is an herb that is sometimes used in homeopathic remedies for a whole host of different symptoms. While homeopathic practitioners claim that belladonna is perfectly safe, it still remains a highly poisonous plant that should not be ingested, particularly by children. Click here. 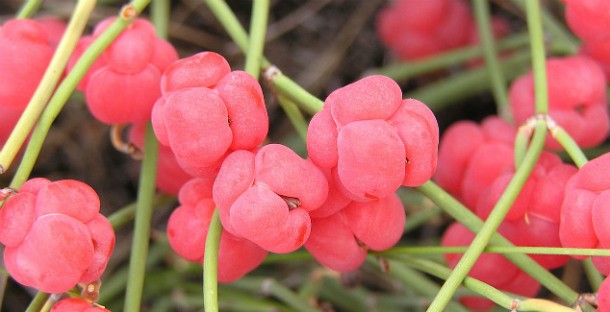 Ephedra sinica is a bright green plant with small red berries, which was commonly used in drugs to help with weight loss. However, ephedra can also have side effects, such as stroke, heart attack, and sudden death, which is why drugs containing ephedra have been banned in the us since 2004. Just click here. 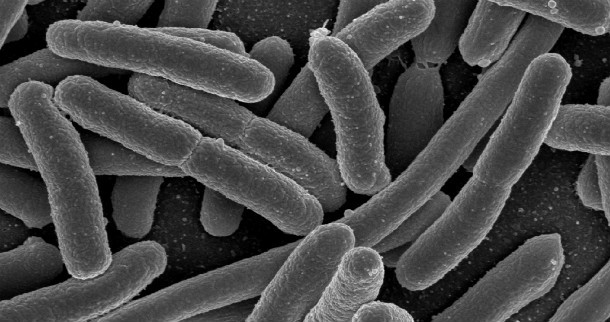 Bacteria is completely natural and vital to life. Certain kinds of bacteria actually keep us alive, but other strains – like salmonella, e.Coli, and listeria – could seriously harm and possibly kill children or adults quite easily. Source link. 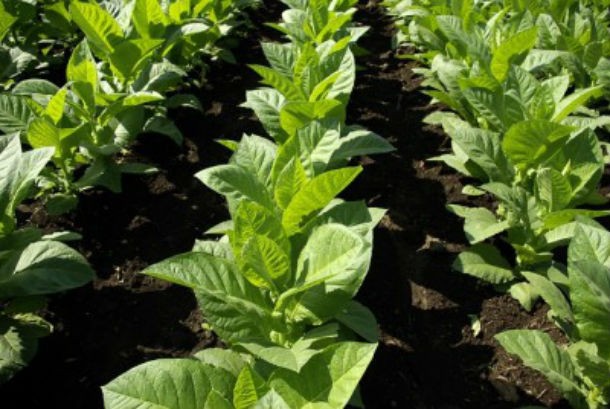 While smoking tobacco is well known to lead to lung or throat cancer, the leaves also contain nicotine which is highly addictive and could kill you in a large enough dose. Read. 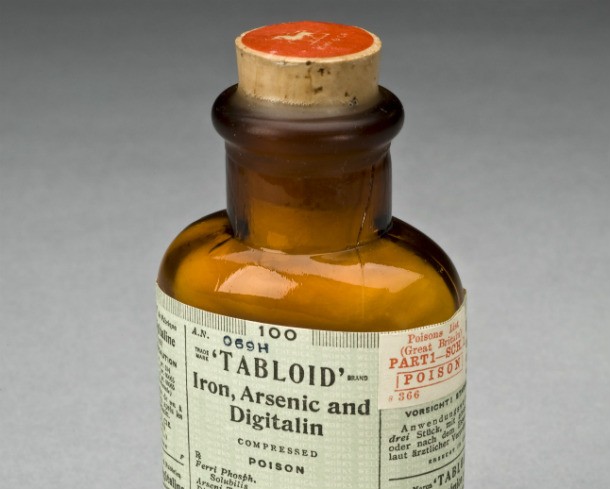 Arsenic is an element that occurs naturally and was also a favorite poison of victorian murderesses. Click here.

Agave nectar has become very popular as a white sugar substitute or a vegan alternative to honey, but it has a significantly higher fructose content than even regular sugar, which increases the risk for eventual insulin resistance. 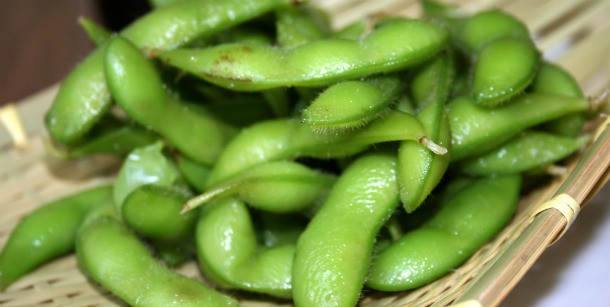 Soy can disrupt hormone production in several ways, primarily estrogen production and thyroid hormones. The prominent use of soy in nearly everything we consume (nearly all dairy and livestock are fed soybeans) has been linked to a host of medical problems, not the least of which being breast cancer. Click here. 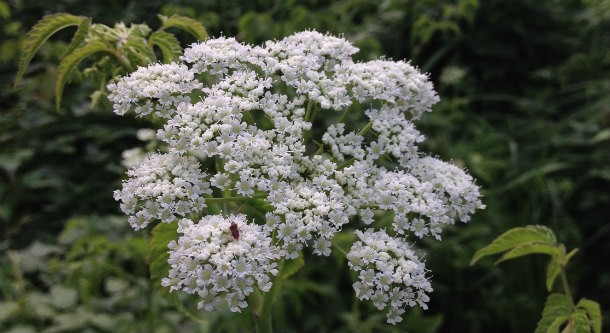 Hemlock is a plant with pretty, small white flowers. Every part of this plant is highly poisonous. Supposedly, hemlock was the poison used to kill socrates. Human exposure is still quite common. Visit here. 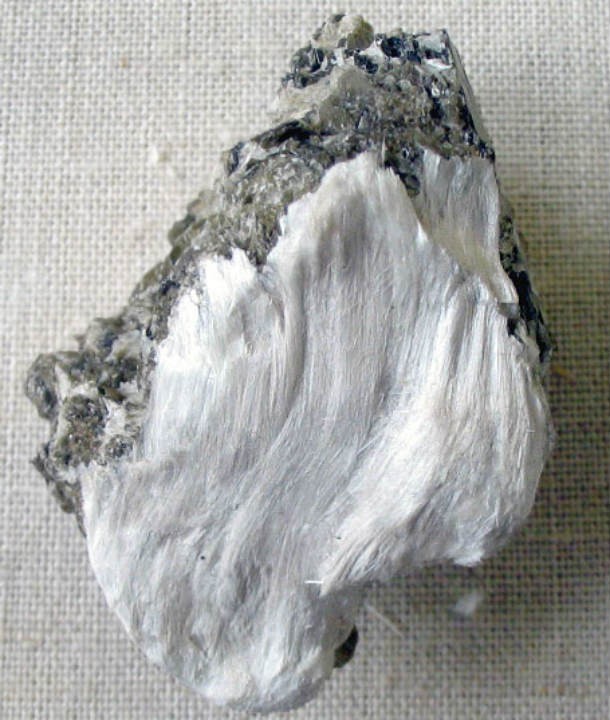 Asbestos is technically natural, as it’s one of six naturally occurring minerals that are fibrous. The fibers are microscopic and easily inhaled, and when inhaled, stick in the respiratory system and cause a host of issues, not the least of which being cancer. Read more. 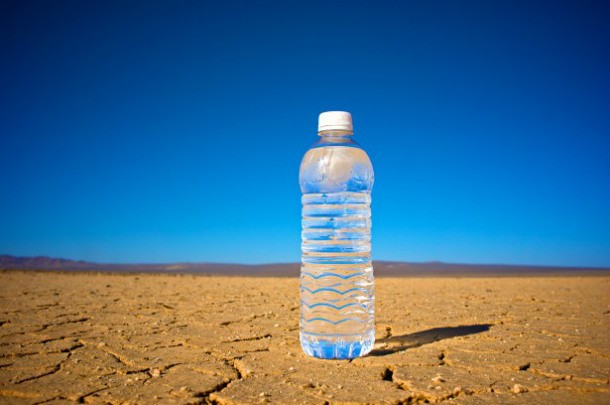 Water intoxication is a real thing, and it happens when you drink too much water too quickly, or without replenishing any of your body’s electrolytes. This can lead to death. Marathon runners are particularly susceptible to this. Click here. 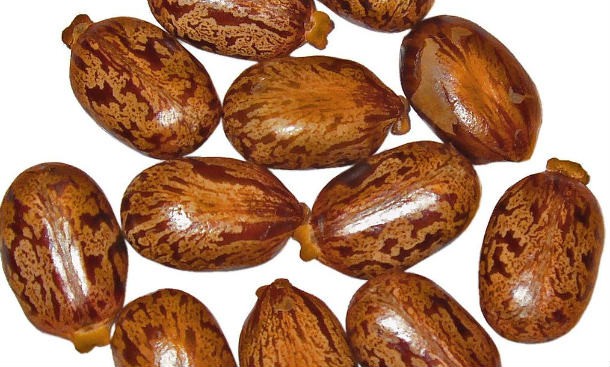 Castor beans are the beans we get castor oil from. Castor oil is used mainly in beauty products, and the oil itself is completely safe. However, the beans, which you can buy online or grow yourself, contain ricin which is one of the most potent naturally occurring poisons. It’s possible that one bean can kill a child. Read more. 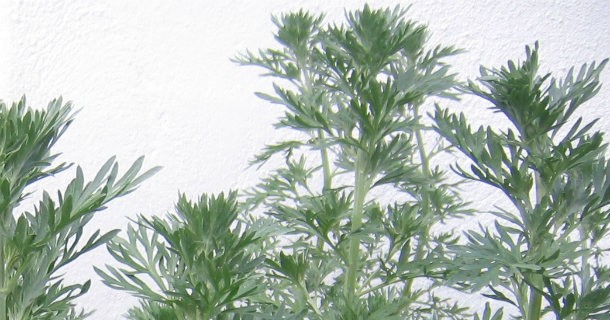 Wormwood goes by several names and is most commonly known as an ingredient in absinthe, though some people use it as a treatment for worms. It’s been deemed unsafe by the fda because it can also cause vivid hallucinations and kidney failure. Click here.

Mushrooms are all natural, and a lot of them are darn tasty. However, some of them can give you vivid hallucinations, and some of them can kill you in horrible, prolonged ways. Do not eat wild mushrooms unless they’ve been deemed okay by an expert! To know more. 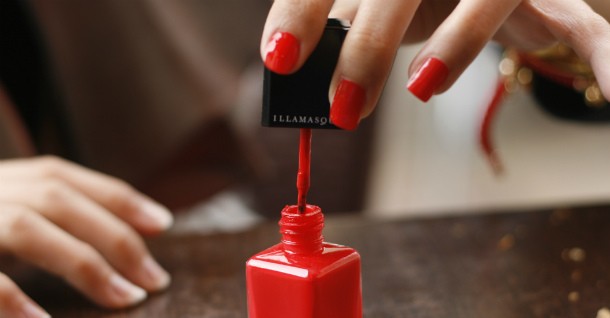 Formaldehyde is a naturally occurring compound, and it’s present in everything from preserved corpses to nail polish. It’s also a known carcinogen, which means it can cause cancer. Read more. 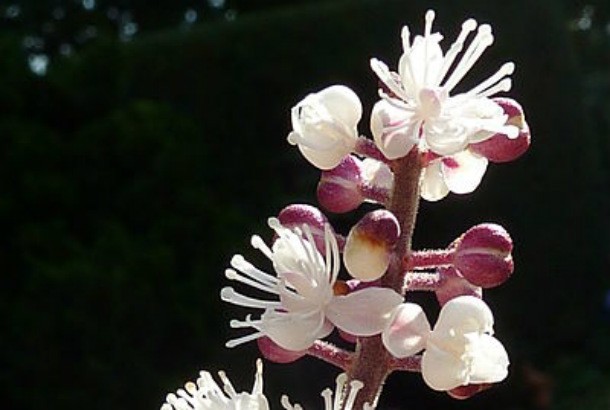 Black cohosh is a plant that is often made into a supplement to help women with the symptoms of menopause. It can also damage your liver or cause miscarriage in pregnant women. Click here. 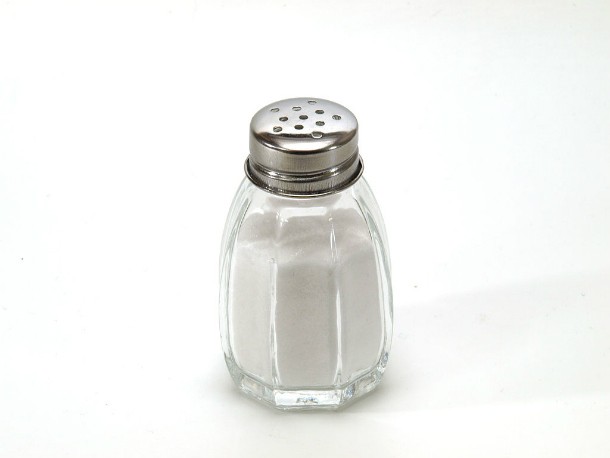 Salt is all natural, and too much of it can cause dehydration and raise your blood pressure dangerously. Read more.

10 Most DANGEROUS Foods That You Still Eat!