Home » Articles » Why Has Anand Mahindra Offered A Bolero To This Man? Watch The Video 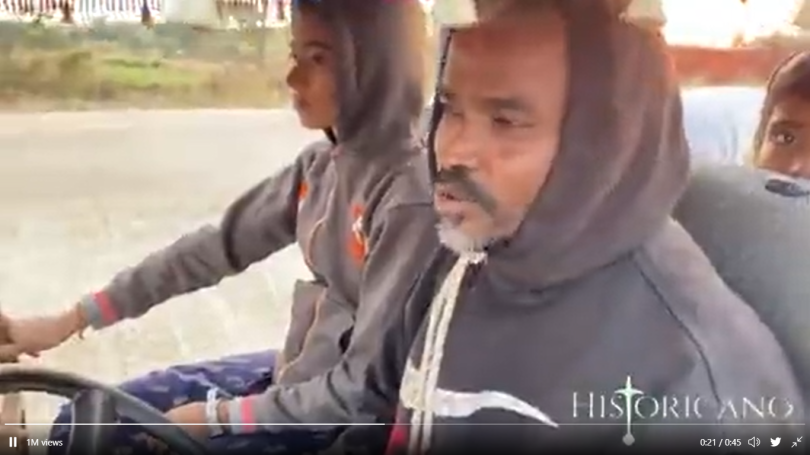 Anand Mahindra, Mahindra Group Chairman, has been impressed by the unique four-wheeler that a man from Maharashtra built using scrap metal.

Dattatraya Lohar built the vehicle with little education, just to fulfill his son’s wishes. Anand Mahindra was impressed by this innovative creation and shared the video via his official Twitter account.

The video was shared by Anand Mahindra, who said that while it doesn’t comply with regulations, he will continue to be inspired by the creativity and ability to do more with less. Their passion for mobility, not to mention the familiar front grille.

This clearly doesn’t meet with any of the regulations but I will never cease to admire the ingenuity and ‘more with less’ capabilities of our people. And their passion for mobility—not to mention the familiar front grille pic.twitter.com/oFkD3SvsDt

Dattatraya Lohar (a blacksmith from Maharashtra’s Devrashtre) demonstrates how the vehicle works in a 45 second video.

This vehicle was built with a cost of Rs 60,000. The kick-start mechanism is only for two-wheelers. This left-hand drive was built from old and unwanted car parts.

Anand Mahindra also tweeted that the vehicle was not in compliance with regulations and would be stopped by the authorities.

In exchange for Dattatraya Lohar receiving a Bolero, the Mahindra Group Chairman will offer him a Bolero as a reward for his unique creation. His creation will also be displayed at Mahindra Research Valley to inspire others.

He stated that local authorities would sooner or later prevent him from plying his vehicle because it violates regulations. In exchange, I will personally give him a Bolero.

His creation can be displayed at Mahindra Research Valley to inspire us, since ‘resourcefulness’ means doing more with less resources.”

The viral video received praises from many people for Lohar’s original creation. Anand Mahindra’s tweet received more than 14,000 likes, 1300 retweets, and tons of comments. The Mahindra Group Chairman has often been drawn to smart innovations.