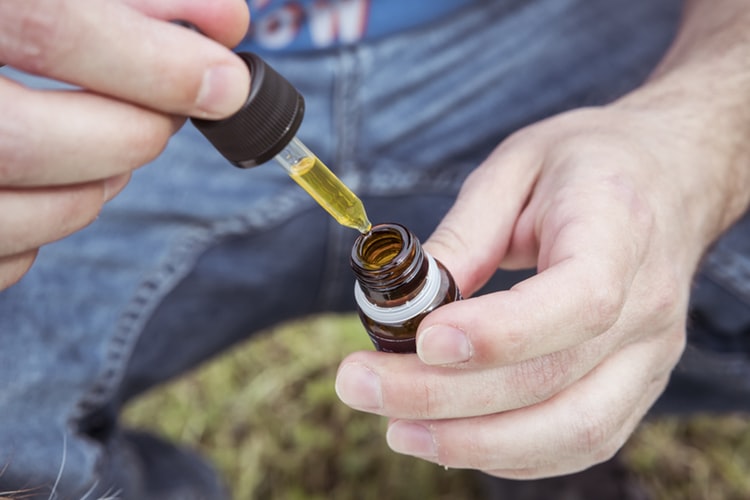 In today’s world, with so many synthetic products, natural ones like CBD can be a breath of fresh air.

For those that may not be aware, CBD is short for cannabidiol. CBD is one of over 113 cannabinoids found within hemp and marijuana plants.

It is usually found in oil form and taken orally, however CBD oil (or hemp extract) can often contain other cannabinoids such as THC.

Products that contain multiple cannabinoids like CBD oil are known as Full-Spectrum products, because they contain the full spectrum of the plant profile.

For those who want the purest form of CBD though, hemp extract can be further refined into an even purer form known as CBD Wax or CBD Crystals.

These crystals are quickly growing in popularity due to their purity and the fact that users are able to easily ingest a high dose of CBD for quick relief via inhalation.

It is unlikely that a person would want to take CBD crystals orally, and this is not recommended. However, there are cases where it can be used in a cooking recipe.

Another reason for the rise in popularity of CBD crystals is the exposure they are receiving now thanks to the internet.

CBD crystals are a less conventional product, and were typically only known to a smaller group of people who were already familiar with dabbable products.

Below we’ll take an in-depth look at CBD crystals and discuss how to use them and other dabbable products such as CBD wax.

How To Use CBD Crystals

There are a few ways to use CBD crystals to gain their benefits. The most common method is smoking or vaporizing them using a dabs rig or a dabs pen.

The reason this method is the most popular is because this method allows for ease of use. The effects are felt more immediately and intensely compared to an edible CBD product.

In addition to smoking or vaping, some users choose to dissolve their crystals into common cooking oils and use them for baking edibles.

This gives the user longer lasting effects, but can also take longer to be felt.

Here’s a step by step breakdown of the three most common ways to use CBD crystals in more detail.

As previously mentioned, dabbing (or vaping) CBD crystals is by far and away the most popular method of CBD crystal use.

The method got its name because a person inhales a hit of CBD vapor from a dab of melted CBD concentrated on an extremely hot surface.

It is safer than smoking, as you are technically just inhaling vapor of concentrated CBD, and not smoke or ash from raw plant material that can contain other harsh chemicals.

Plus there is no butane like there would be if a person was using a cigarette lighter on a standard water pipe.

2. Making Your Own CBD Oil

It seems a little counter productive, but in addition to making CBD edibles, some people enjoy using CBD crystals to make their own CBD oil.

This can be done easily by dissolving the crystals in a coconut oil or another common carrier oil such as MCT oil.

This is done by simply simmering the mixture in a pot on the stove and slowly stirring the mixture until it is fully dissolved. Once the CBD oil cools and settles, it is ready for consumption.

The CBD crystals can be taken in edible form, although it is less conventional. This is best done by mixing the product with natural fatty foods such as cheese, butter, milk, and certain cooking oils.

Unsurprisingly, one of the most popular forms of edible CBD is in chocolate or other sweet treats.

CBD crystals can be infused with coconut oil, or butter, and then used for cooking or baking.

The process is simple and involves melting butter or oil into a pot and setting the temperature low enough that they dissolve and create a new mixture.

Some people prefer this method because it allows them to add the desired amount of CBD to their edibles, usually in a high quantity.

In order to make them, just stir the pot on low for about five minutes, or until the crystals have fully dissolved.

After that, the oil or butter should be fully infused with CBD. That means it’s ready to be used for cooking.

Just substitute the amount of butter or oil that your edible recipe calls for with your CBD infused version.

The methods covered above are by far the most popular methods of CBD crystal use, however those are not the only methods.

There are even more alternative ways that they can be used. One example is making your own CBD infused skin care products.

Although it is unconventional to use CBD crystals in a massage oil or topical.

There are topical forms of CBD that can be used by massaging them into the skin, particularly around an area affected by inflammation or pain.

This method of CBD use can potentially help with pain in a specific area as CBD can be absorbed through the skin and is a natural anti-inflammatory.

One example of this is to rub CBD topicals into the temples to help relieve headache, for instance.

CBD capsules are a convenient edible form of CBD. Although they are not usually made with CBD crystals, it is possible to grind them down into a powder form for this purpose.

Capsules made using CBD crystals are preferable for some people as they can contain a higher dose of CBD, but are still taken in a discreet and convenient form.

7. Why Use CBD Crystals

There are numerous reasons to use CBD crystals. They may help certain individuals with overcoming particular challenges they may have with certain symptoms, or conditions they are experiencing.

Alternatively, a person may simply want a higher concentration of CBD to help them relax.

Maybe they prefer using CBD in vapor form as opposed to smoking raw plant material or consuming extra calories from an edible.

Either way, one of the main benefits of CBD crystals is their versatility.

The fact that they can be both inhaled or consumed in an edible, oil or capsule form make CBD crystals one of the most versatile forms of CBD in terms of the ways in which they can be used.

They are also one of the most potent forms of CBD available.

CBD crystals aren’t necessarily needed for someone who is just starting out with CBD.

Due to their high concentration, they are generally recommended for people who know CBD helps them and are seeking a higher dose.

Although, if you have had experiences with CBD and felt unsatisfied or did not notice any changes in your condition, they may be worth trying as everyone’s physiology is slightly different.

Always consult your doctor before taking CBD or starting a CBD regimen as it can interact with some medications.