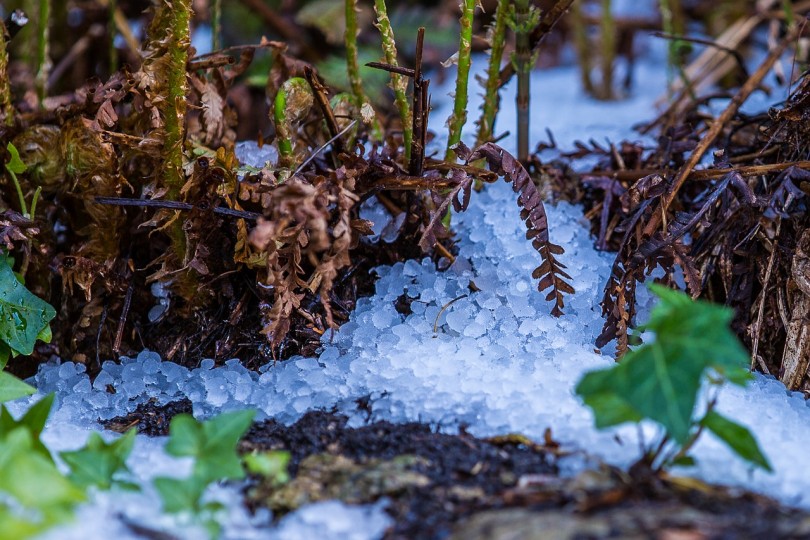 A hail storm is a weather phenomenon in which hails fall from the sky. Hail is solid precipitation, they are balls of ice that fall from the sky. They are formed when supercooled water droplets adhere to each other and form layers of ice at high altitudes.

There is a strong current of air ascending through these clouds, known as “Updraft”. The water droplets became ice particles due to the low temperature.

The massive clouds are full of these ice particles. The clouds also need to have high concentrations of supercooled liquid water.

Hail storms occur mostly in mountain ranges. The mountains force horizontal wind in an upward direction, this movement of the wind is known as “Orographic lifting”.

Hailstone is formed when the water droplets are swept up because of the high air current inside the thundercloud.

The hailstone once reaches the size and weight where gravity starts to act on it and causes the hail to fall from the sky. At this level, some hail still does not fall because of the high air current that causes them to stay in the upper part of the cloud.

The size of the hail is directly proportional to the amount of time it spends in the upper part of the cloud, and the number of supercooled water droplets that surround it.

Hailstone becomes considerably large and then falls to the ground. The velocity at which each hail falls depends on the weight, air friction, and collisions with other objects.

Damages caused by the hail storm 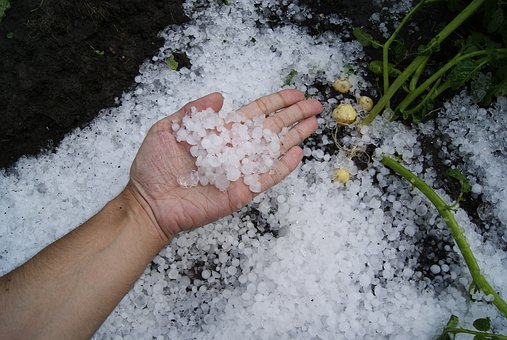 Hail storms cause serious damages to aircraft, the roof of the houses, automobiles and the crops also. Metal roofs are resistant to the damages caused by hail, but cosmetic damages can be seen on metal roofs also.

The hail storm can also damage the windshields and windows of the car. Rarely massive hailstones can also cause head trauma.

There are many hail storm damages recorded in history including hail damage in North Texas. The hails fallen in Texas were 5.3 inches big ice balls.

Hail storms can cause serious damages to properties. The earlier the damages are repaired the better it is. Many companies deal in the repair of the roofs of the houses damaged due to hail storms.

These companies restore the roof of houses either by replacing the whole roof or by repairing the damages. Due to the high impact of hail storms, some metal components of the roof will be left with dents even after the repair.

Precaution to be taken during storm season

It is advised to take shelter away from electricity and metal. Use of corded phones should also be avoided. After the storm has passed, the use of candles, kerosene lamps and open flames should be avoided.