Home » Shopping » The 7 Best Years For A Used Nissan Altima 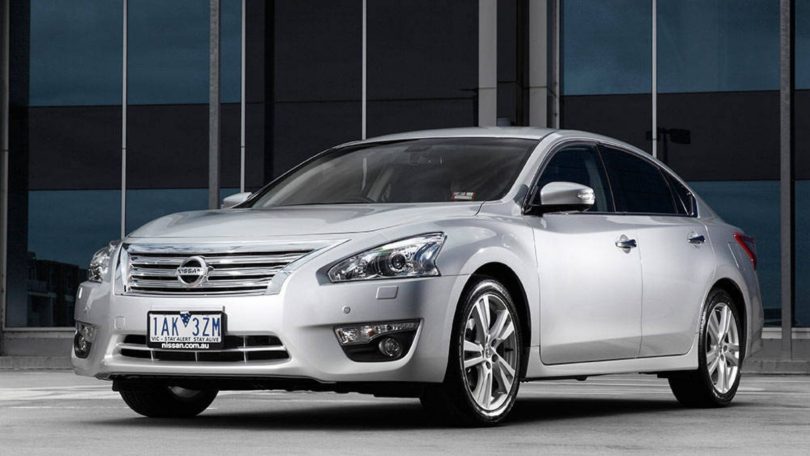 The Nissan Altima first made waves in the automotive market back in 1992 as a mid-size sedan. Almost 29 years later, history has been written as the Altima is still one of Nissan’s best-selling automobiles.

The Altima made a name for itself thanks to its incredibly spacious interiors, great safety quotient, frugal powertrains, and dependable reliability.

Despite sedans falling out of favor in preference of crossovers and SUVs, the Nissan Altima and other rivals have kept the spirit of the mid-size sedan segment alive.

Between 2005 and 2010, approximately a total of 1.5 million Altima units were sold to customers within that period, which is a clear indicator of the popularity of this sedan.

Today, the Nissan Altima is one of the most common purchases in the used car market, with countless deals available for any customer. However, every model year of the Altima is fundamentally different in terms of specs and features.

In this article, we enlist the best model years of the Nissan Altima, so that you make an informed decision and pick up the best used Nissan Altima for sale.

The 2004 model year of the Nissan Altima was a hot-selling car at that time. Still today, the 2004 Nissan Altima is heavily sought for in the used car market.

The 2004 Nissan Altima sipped power from a powerful V-6 engine, which pumped out a decent 245 hp. With this engine onboard, the Altima delivered impressive acceleration and fuel economy.

Besides, the base 4-cylinder engine was specifically designed to maintain the PZEV standards in California and other northeastern states.

Compared to the Honda Accords and other rivals of that time, the 2004 Nissan Altima had the most spacious cabin and cargo space.

Its big trunk capacity also makes it a popular option among space-conscious families. The only complaints from our side regarding the 2004 Altima is the cheap interior quality and noticeable road noise.

Regardless of its flaws, the 2004 Altima variant is one of the best-used models to pursue.

The 2006 Nissan Altima is also a stellar choice thanks to its overall practicality. Its base 4-cylinder engine outclassed every other rival such as the Honda Accord, Mitsubishi Galant, Toyota Camry, and Mazda 6.

The Altima also offered a punchy V-6 engine that generated a decent power output of 250 horses.

Regardless of the powertrain, the Altima raced ahead with its lively acceleration. The 2006 Altima also boasted of other positive traits like sporty handling dynamics and elegant exterior styling.

Its large wheelbase permitted it a lot of space inside, with enough room and comfort for 5 passengers.

The 2007 Nissan Altima got a total redesign, which completely reformed its performance, safety, fuel economy, and comfort quotient.

The base 4-cylinder engine was all about fuel economy, as it shelled out a splendid 26 MPG in the city and 34 MPG on the highway.

The optional engine on offer was a 3.5-liter V-6 engine, which powered the sedan with 270 hp and 258 lb-ft of torque. Buyers could also select a continuously variable transmission, which boosted the fuel economy to a greater extent.

The 2007 Altima was a bit shorter in length compared to its predecessor but was equally spacious inside. Drivers could fold down the rear seats to fit in extra pieces of luggage.

The redesigned interior also got a luxurious essence, thanks to the plush leather seats. The comfort level of the rear seats was a bit on the average side.

Nevertheless, the 2007 MY is one of the best Nissan Altima models that you can get on the used car market.

Sharp handling is the key theme of the 2011 Nissan Altima. This sedan placed emphasis on great handling in tricky driving situations and is a perfect fit for drivers who crave a fun-to-drive car that can also be a family cruiser.

The base 4-cylinder engine offered a fine balance of performance and fuel economy, with its efficient power output of 175 hp and 180 lb-ft of torque. This engine was inspired by Nissan’s popular sports car, the 370Z.

The 2011 Nissan Altima can also be equipped with electric/gas hybrid powertrains. Besides, this model year also offered a new coupe configuration alongside the ever-familiar sedan configuration.

Although the suspension is stiffer compared to regular everyday sedans, the 2011 Nissan Altima is still one of the most exciting used sedans that you can get on a budget.

The Nissan Altima succeeded its 2011 predecessor with much fanfare and certainly lived up to the expectations of its segment.

Unfortunately, buyers won’t be able to get the hybrid powertrain with this variant, as Nissan decided to discard it in 2012.

Nevertheless, we believe the base 2.5-liter 4-cylinder engine to be potent enough, offering you 175 horses and 180 twisties to help you cruise through city streets. The Altima sedan offered CVT as standard, while the coupe offered it as an optional feature.

The interiors also got a huge improvement in terms of luxury. The coupe variant offered bolstered sport front seats.

In terms of safety, the Altima included ABS, front-seat side-impact airbags, and side curtain airbags to give its drivers a peace of mind. The 2012 Altima also felt more tranquil to drive compared to its previous generations.

The 2015 Nissan Altima is one of the newer iterations that are available as great deals on the used car market.

If you get your hands on one such deal, the 2015 Nissan Altima should be one of the best-used cars you will have for a while.

The sedan looks stylish from every angle and boasts of a brilliant standard technology package that includes a touchscreen and new active safety features. The sedan’s base 2.5-liter inline-4 is rated at 182 hp and has a frugal fuel economy as well.

This sedan also gets a new interior treatment, in the form of the NASA-inspired zero-gravity front seats. These seats emphasize comfort while driving on long trips.

The sedan also includes an intelligent remote ignition system that can activate the climate controls and engine before you travel.

The 2.5-liter inline-4 engine remains the base powertrain, delivering a power output of 179 hp and 177 lb-ft. The brilliant CVT transmission from the previous generations is carried forward in this variant as well.

The CVT gearbox keeps the drive engaging and also maintains a stellar fuel economy. Compared to the previous Altima models, the interior quality inside the 2017 variant is only considered average by standards.

However, the front seats still feel very comfortable thanks to NASA technology. If you are lucky enough, you may find a used 2017 Nissan Altima that is still under the coverage of warranty.