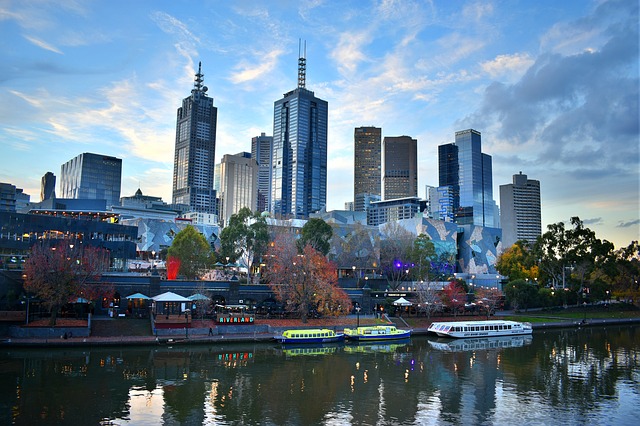 Sydney is a vibrant city known for its yacht-studded harbour, superb beaches and the iconic Opera House.  It was once a British colony for exiled convicts. The city has grown into Australia’s most diverse and cosmopolitan city with exciting food, arts and entertainment scenes.

Sydney is the capital of New South Wales. It is one of Australia’s largest cities. It is best known for its harbourfront Sydney Opera House, with a distinctive sail-like design.

Massive Darling Harbour and the smaller Circular Quay port are hubs of waterside life, with the arched Harbour Bridge and esteemed Royal Botanic Garden nearby.

You can find excitement in the city, but with a short drive you’ll hit the golden sand of beaches like Bondi and Manly. Plus, with endless nature at its doorstep, Sydney is the starting point for day trips serving up fresh air, unique flavours and locals who know a thing or two about living life to the fullest.

Know more about the city.

Melbourne is the cultural capital of Australia, known for its music, art centres and museums, and celebration and expression of art. It has been ranked, year after year, the most ‘livable city’.

Melbourne is the coastal capital of the southeastern Australian state of Victoria. At the city’s centre is the modern Federation Square development, with plazas, bars, and restaurants by the Yarra River. In the Southbank area, the Melbourne Arts Precinct is the site of Arts Centre Melbourne – a performing arts complex – and the National Gallery of Victoria, with Australian and indigenous art.

There’s always a sense of excitement here – whether its in the city’s fascinating flavours or fierce sporting rivalries. Attend a sports event, drink a cocktail on a rooftop and uncover the stories hidden within Melbourne’s art-filled alleyways.

Know More About The City.

Canberra is known as Australia’s capital city and sometimes affectionately called The Bush capital for its sweeping nature reserves and surrounding mountain ranges.

Canberra is the capital city of Australia. Founded following the federation of the colonies of Australia as the seat of government for the new nation, it is Australia’s largest inland city and the eighth-largest city overall. Unusual among Australian cities, it is an entirely planned city.

The small town vibe means it’s easy to get around and the locals are eager to share the best of their food, wine, beer and attractions. Within the city limits you’ll find museums, galleries, breweries and modern architecture, but just minutes away lies the quiet nature of mountains, valleys and everything in between.

Brisbane, the capital of Queensland, is a large city on the Brisbane River. Clustered in its South Bank cultural precinct are the Queensland Museum and Sciencentre, with noted interactive exhibitions. Another South Bank cultural institution is Queensland Gallery of Modern Art, among Australia’s major contemporary art museums. Looming over the city is Mt. Coot-tha, site of Brisbane Botanic Gardens.

Brisbane is great value for students, as the fourth most affordable city for students in Australia. It promises plenty of beaches, lots of live music, and many different cultural attractions, including Queensland’s Gallery of Modern Art (GOMA – Australia’s largest collection of modern art).

South Australia’s capital city of Adelaide is known for its festivals, incredible food and premium wine regions just a short drive from the centre of town. Link Copied! With a packed events calendar and some of the country’s best restaurants and small bars, there’s always something exciting happening in Adelaide.

Adelaide is South Australia’s cosmopolitan coastal capital. Its ring of parkland on the River Torrens is home to renowned museums such as the Art Gallery of South Australia, displaying expansive collections including noted Indigenous art, and the South Australian Museum, devoted to natural history. The city’s Adelaide Festival is an annual international arts gathering with spin-offs including fringe and film events.

Perth, capital of Western Australia, sits where the Swan River meets the southwest coast. Sandy beaches line its suburbs, and the huge, riverside Kings Park and Botanic Garden on Mount Eliza offer sweeping views of the city. The Perth Cultural Centre houses the state ballet and opera companies, and occupies its own central precinct, including a theatre, library and the Art Gallery of Western Australia.

Nature and urban life exist in harmony in Perth, on Australia’s west coast. Here, where the locals soak up more sunny days than in any other Australian capital city, you can visit nearby Rottnest Island, walk in leafy Kings Park and experience Swan Valley’s vineyards, Aboriginal art, food and history. For local culture, wander the nearby city of Fremantle’s winding portside streets, Perth city centre’s museum and gallery precinct or peel back the layers of this urban landscape with an Aboriginal guide.

Hobart, capital of Australia’s island state of Tasmania, sits on the River Derwent. At its fashionable Salamanca Place, old sandstone warehouses host galleries and cafes. Nearby is Battery Point, a historic district with narrow lanes and colonial-era cottages. The city’s backdrop is 1,270m-high Mount Wellington, with sweeping views, plus hiking and cycling trails.

Darwin is known for its avid wildlife nestled in and out of the city. Lush national parks such as Litchfield are only a short drive away. You get the chance to see the Aussie wildlife up close and personal.

Darwin is the capital of Australia’s Northern Territory and a former frontier outpost. It’s also a gateway to massive Kakadu National Park. Its popular waterfront area has several beaches and green areas like Bicentennial Park. Also near the water is the Museum and Art Gallery of the Northern Territory, displaying Southeast Asian and Pacific art, plus a pearling lugger and other seafaring vessels.

While a sophisticated, modern city in its own right, it is also one steeped in history, one that has endured many hardships on its way to establishing itself as the gateway to Asia. It is the home of NT commerce and business and with its world-class natural and cultural attractions it is also a thriving hub of activity in terms of tourism, nightlife and retail.

The Great Barrier Reef’s spectacular array of coral, tropical fish, turtles and rays are nothing short of unforgettable. Discover all the ways you can explore the reef and experience its beauty, both in and out of the water.

The Gold Coast is a major tourist destination with a sunny, subtropical climate and has become widely known for its world-class surfing beaches, high-rise dominated skyline, theme parks, nightlife, and rainforest hinterland.

Beyond the beaches, discover laid-back neighbourhoods, a booming culinary scene and the Gold Coast’s famous theme parks. And be sure to leave enough time for a trip into the subtropical hinterland for rainforest walks and waterfalls.

The Sunshine Coast area lies to the north of Brisbane, a little under 2 hours drive away. The Sunshine Coast encompasses the coastal cities and towns of Caloundra, Mooloolaba, Maroochydore, Marcoola, Coolum, Sunshine Beach, Noosa Heads and Rainbow Beach.

Perth’s port city of Fremantle is well-known for its maritime history and the largest convict-built prison in Australia. It is also famous for supporting the arts, from local to national (and some international) artists. Freo is a must-visit for all tourists and a popular choice for a day or night out among the locals.

Fremantle is a port city in Western Australia that’s part of the Perth metropolitan area. It’s known for its maritime history, Victorian architecture and remnants from Australia’s days as a British penal colony. Fremantle Prison, which housed convicts from the 1850s to 1991, now features re-created cellblocks. The 12-sided Round House, a landmark 1831 building, also briefly functioned as a jail.

Western Australia’s very own secret getaway is right on the doorstep of the Indian Ocean. Full of colour and natural phenomena, Broome is a beach resort and pearling town in Australia’s Kimberley region, popular for sunset camel rides and walking along the dinosaur tracks.

Broome is a beach resort town in western Australia’s Kimberley region. Along its Indian Ocean coastline, the white sands of 22km-long Cable Beach offer a dramatic backdrop for sunset camel rides. At Gantheaume Point nearby, dinosaur tracks are revealed in the beach’s red rocks during low tide. Broome’s historic Chinatown overlooks Roebuck Bay, a jumping off point for cruises to local pearl farms.

Newcastle upon Tyne – or simply ‘Newcastle’ as it is most commonly referred to – is one of the most iconic cities in Britain, famous for its industrial heritage, eponymous brown ale, popular nightlife and distinct regional ‘Geordie’ dialect.

Newcastle United Football Club is an English professional football club based in Newcastle upon Tyne, that plays in the Premier League – the top flight of English football. The club was founded in 1892 by the merger of Newcastle East End and Newcastle West End. The team plays its home matches at St. James’ Park.

A thriving, spirited outback centre, Alice Springs is as famous for the personality of its locals and contemporary and traditional art as the natural wonders, including the stunning Larapinta Trail and the MacDonnell Ranges, which surround it.

Alice Springs is a remote town in Australia’s Northern Territory, halfway between Darwin and Adelaide, both 1,500km away. It’s a popular gateway for exploring the Red Centre, the country’s interior desert region. Its 1872 origin as part of the Overland Telegraph Line (linking Darwin and Adelaide) is preserved in the vintage buildings and equipment at the Alice Springs Telegraph Station Historical Reserve.