Home » Binge Watch ‘The Last Czars’ This Weekend: Dramatizing The Fall Of The Romanov Dynasty 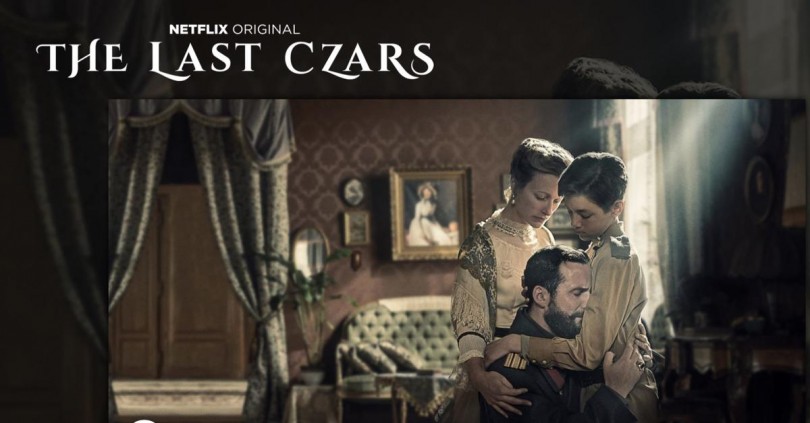 The Last Czars is Netflix’s six-part series, which many say is about 80% drama, 20% documentary. The series shows the downfall of Czar Nicholas II and his family through non-fiction talking-head interviews and archival material.

The downfall of Czar Nicholas II has been subject of great fascination for years, as we had already an animated film Anastasia (1997) and Amazon Prime Video’s 2018 series The Romanoff.

The Netflix series is special because it has come only a year after the 100th anniversary of the ruthless assassination of the Tsar family.

The show starts in 1894, the year Nicholas II assumed the throne. Each episode dramatizes key moments like the rise and fall of Rasputin, Russia’s involvement in World War I, followed by the revolutions and the imprisonment of the royal family.

Actor and director Robert Jack have played the role of Nicholas Tsar, while Susanna Herbert plays the role of Empress Alexandra. The show is directed by Adrian McDowall.

The Biggest Criticism Against The Series: Though the show depicts Russian history its cast is made up mostly of Brits. All actors keep their British accent much like HBO’s Chernobyl.

A Brief Look At The History Of Romanov Dynasty

1. Who Was Czar Nicholas Ii?

He was a descendant of Russia’s famed Romanov dynasty and was born to Czar Alexander III and Maria Feodorovna (formerly Princess Dagmar of Denmark) in 1868. He was only 26 years old when he succeeded his father in 1894. Soon after becoming the king, he married Alexandra of Hesse, a German princess, and granddaughter of the United Kingdom’s Queen Victoria.

His weak personality, the Russian army’s failure in various wars and his arrogance, all made him extremely unpopular in his country.

Grigori Rasputin was a Russian mystic who had a great influence over Nicholas’s wife, Czarina Alexandra. Czarina thought that Rasputin possessed the power to heal her only son and the heir to the Russian throne of his hemophilia.
Rasputin got exceptional access to the royal family’s affairs, which was disliked by the government and the public.

3. The Fall Of Romanovs

In 1917, Czar Nicholas was dethroned by the revolution, marking the end of more than 300-year period of Romanov family rule.

Nicholas, his wife Alexandra, and their five children were deported in an isolated home in Siberia. The family was ruthlessly killed by the radical socialist Bolsheviks on July 17, 1918. They were murdered in the basement of the Yekaterinburg merchant’s house and then dumped in unmarked graves in the Ural Mountains.

5. Family Connection With The British Monarchy

Tsar Nicholas was a cousin of Prince George V, while Empress Alexandra was the granddaughter of Queen Victoria. In 2018, Prince Philip gave his DNA samples which actually confirmed that the remains of bodies discovered in unmarked graves in 1991 were that of the Romanovs.