Hypercar producer Bugatti has provided an exclusive behind-the-scenes tour of its its ultra-advanced car plant. What an amazing experience! The facility is so clean that you could dinner off the floor.

Located near Strasbourg, in Molsheim, in France’s north-east, this is actually the locked-down location where 70 hypercars are being hand-crafted a year, each one of these worth over £2million.

Dream car factory: The facility has a floor space of more than 1,000 square meters and has a unique reflective glossy white floor that ‘creates an atmosphere comparable with the catwalk of a fashion house. 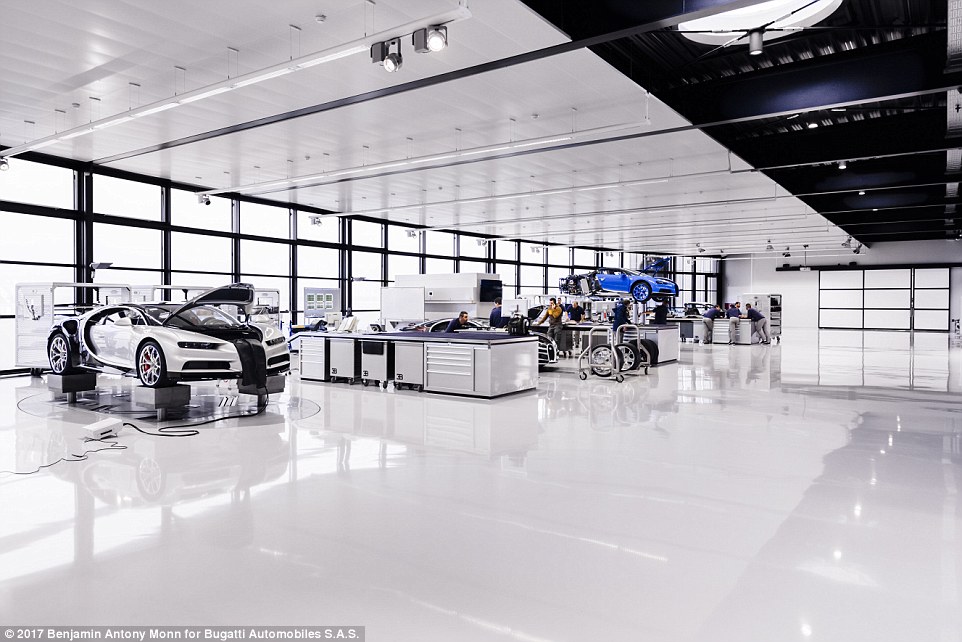 Every component is constructed by hand and there are no robots in sight. The only electronic tool used in chassis assembly is the ‘EC nutrunner system’, which gives the assembly worker a signal when the right torque value is reached. 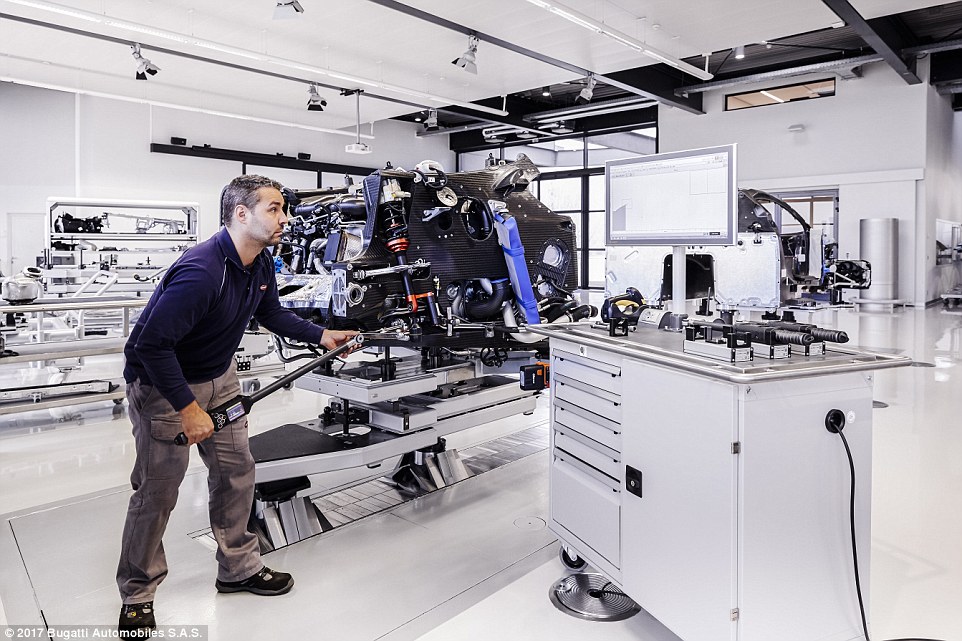 One job is to connect the 1,479bhp W16 engine to the 7-speed dual clutch transmission – a combination capable of 261mph. 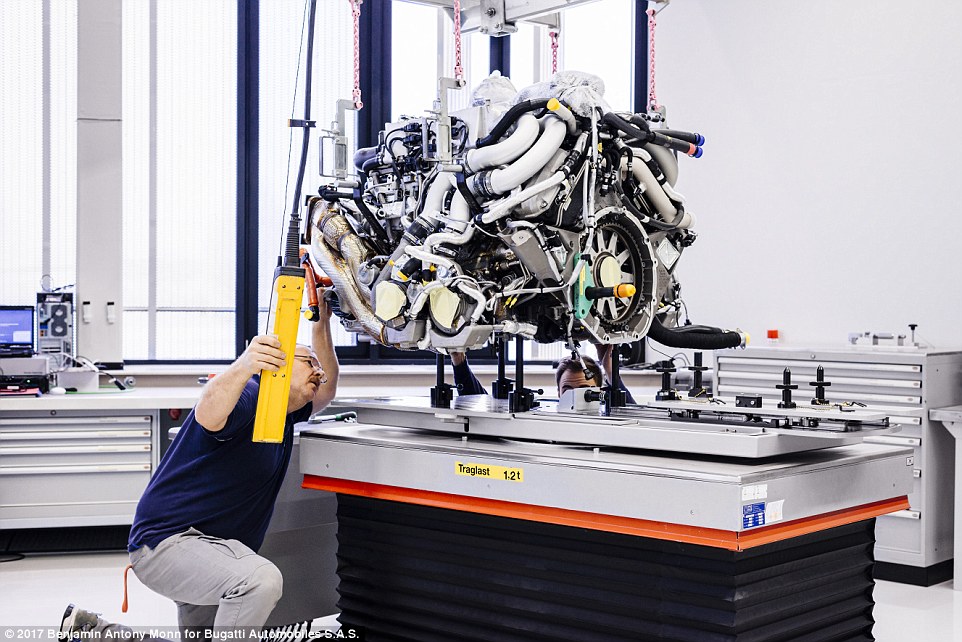 Just 20 technicians work at the facility with 12 cars being produced at a time and 70 made every year in total. 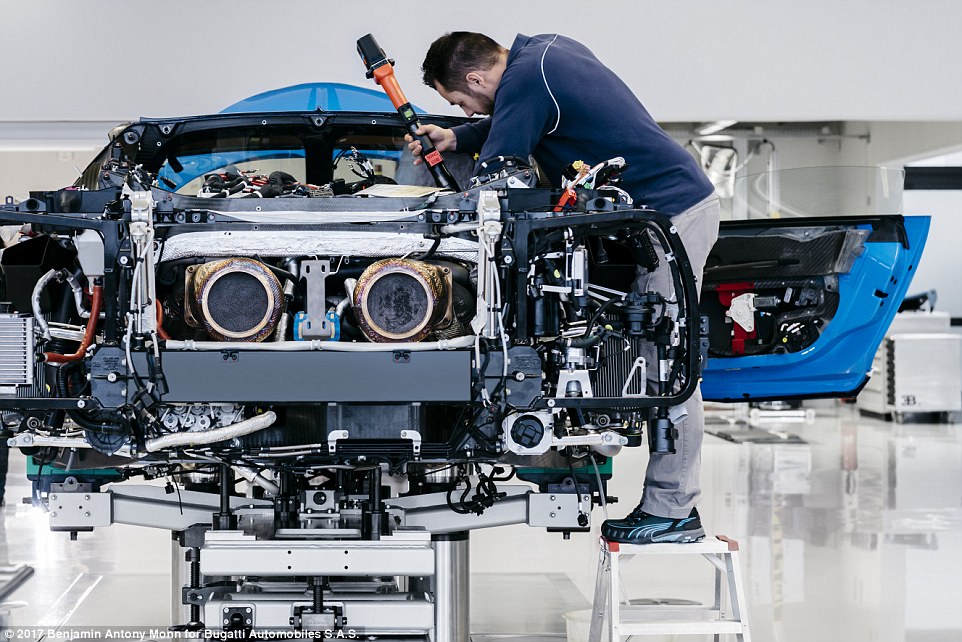 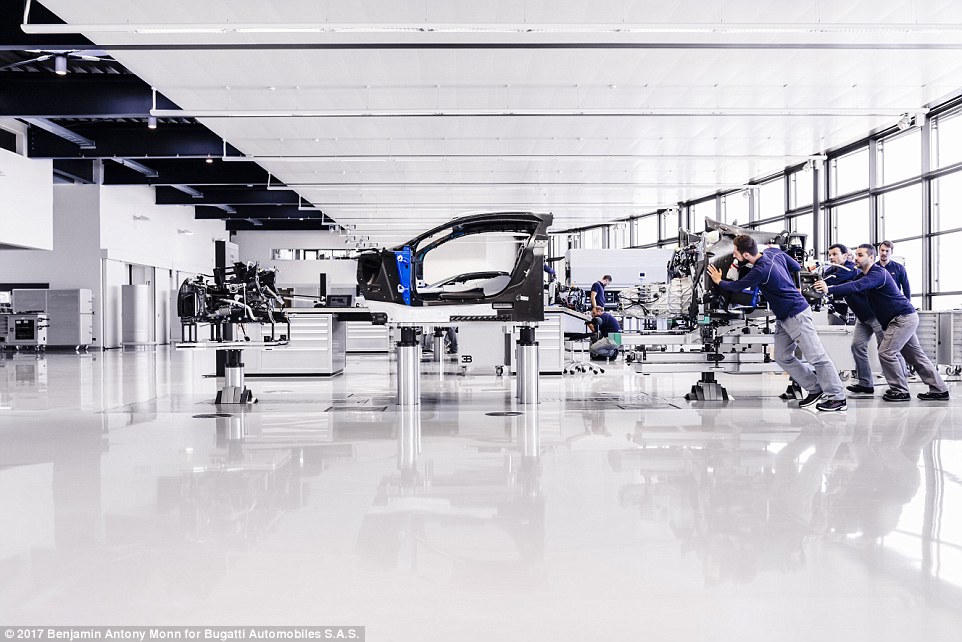 Bugatti’s rolling dynamometer is the most powerful of its type in the world and is used throughout the production cycle to ensure the vehicle runs correctly. 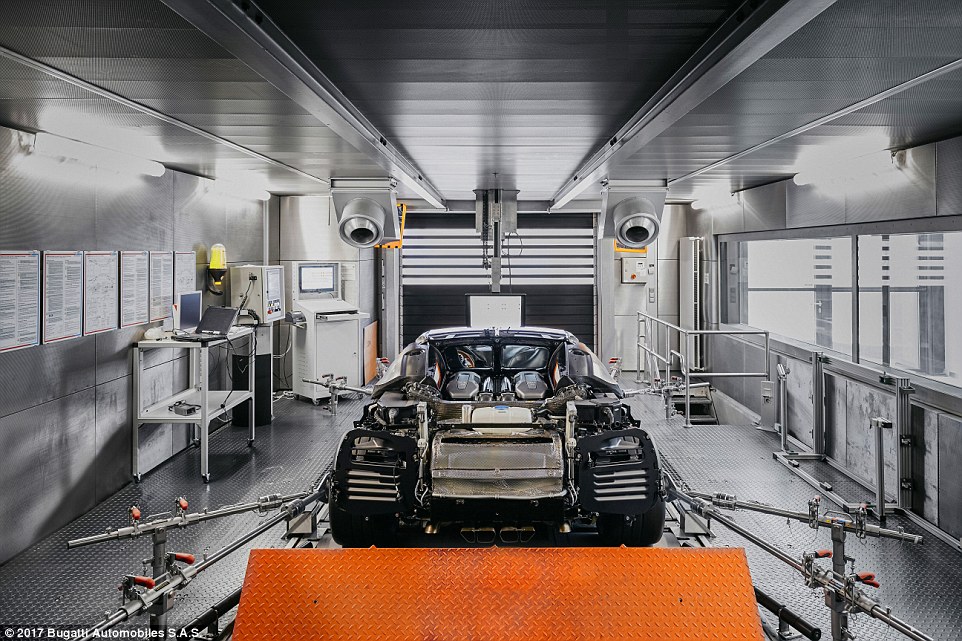 Any excess power generated by the high-performance dyno is fed back to the local grid in Molsheim. 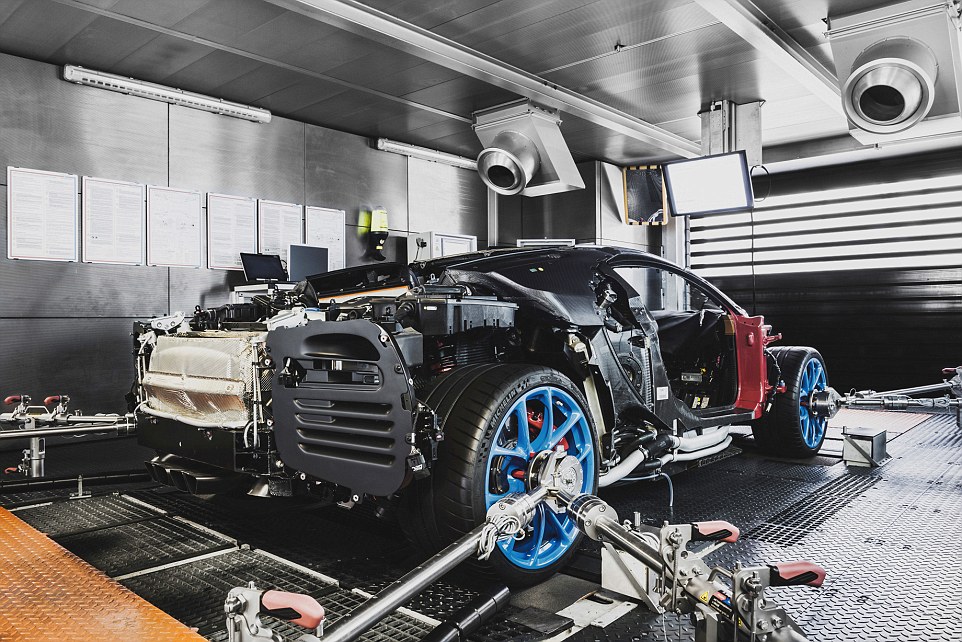 One of the most striking design elements of the Chiron is the side panel, with a large curving reverse ‘C’ wrapping around the door via the A pillar. It’s also the largest single exterior carbon fiber part in the car industry, Bugatti claims. 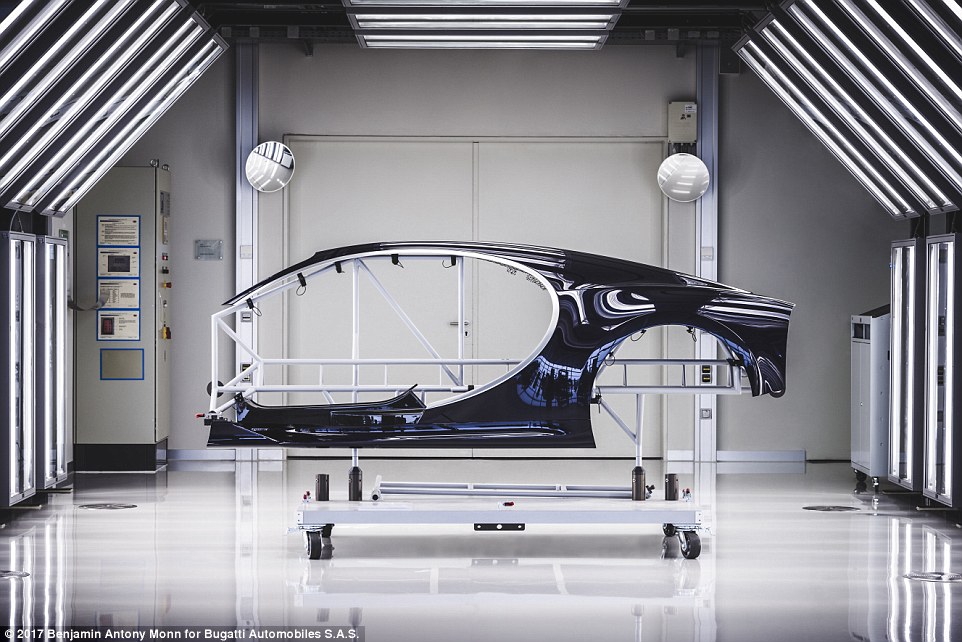 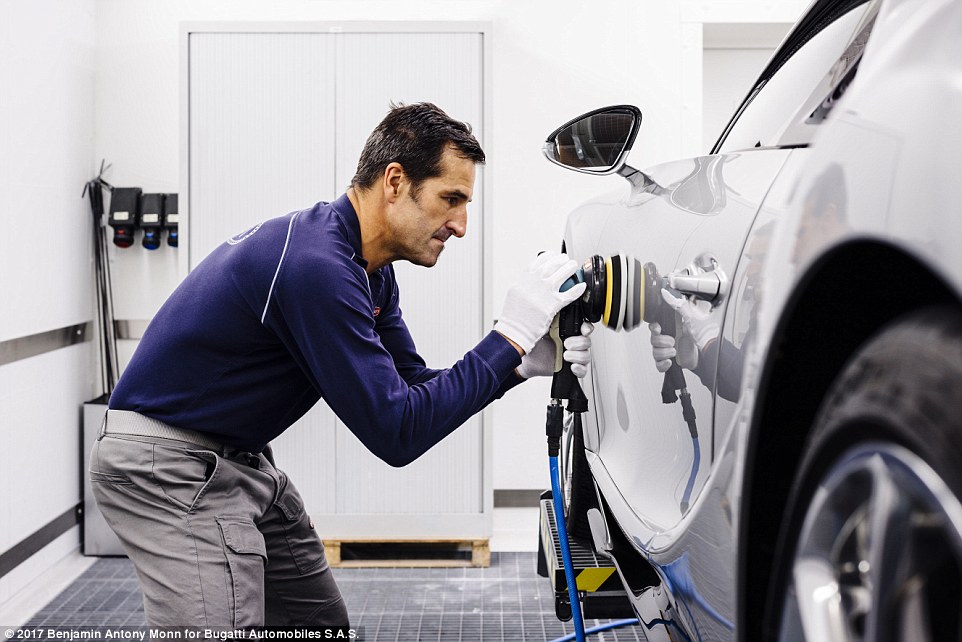 Each element of the build is painstakingly checked. In this image, the technician is checking the setting of the rear-view camera 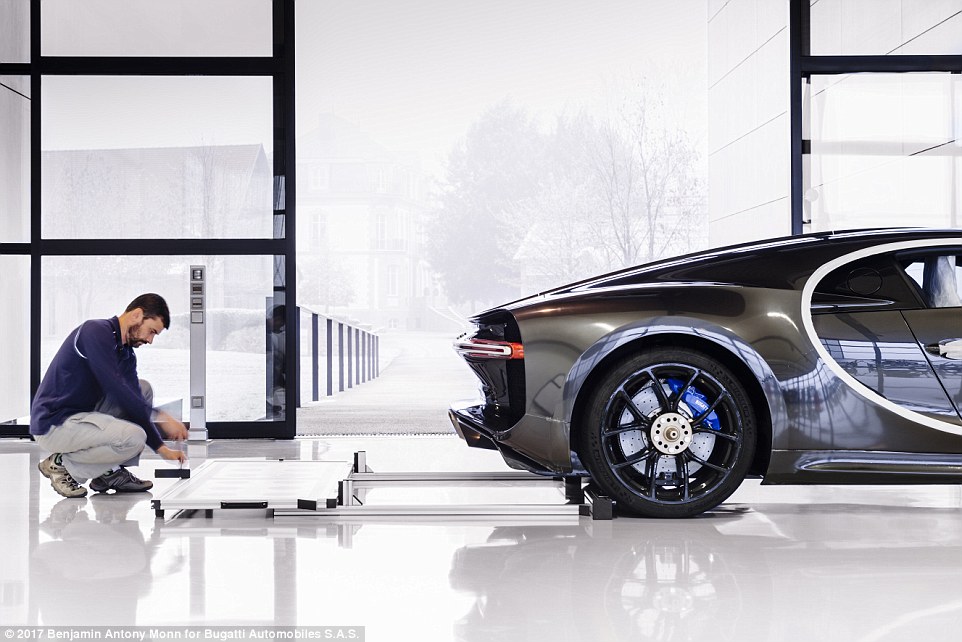 It takes the skilled craftsmen a total of three days to fit the interior parts. The pressure is on to get it exactly to the customer’s order, which includes a variation of trim colors and materials. 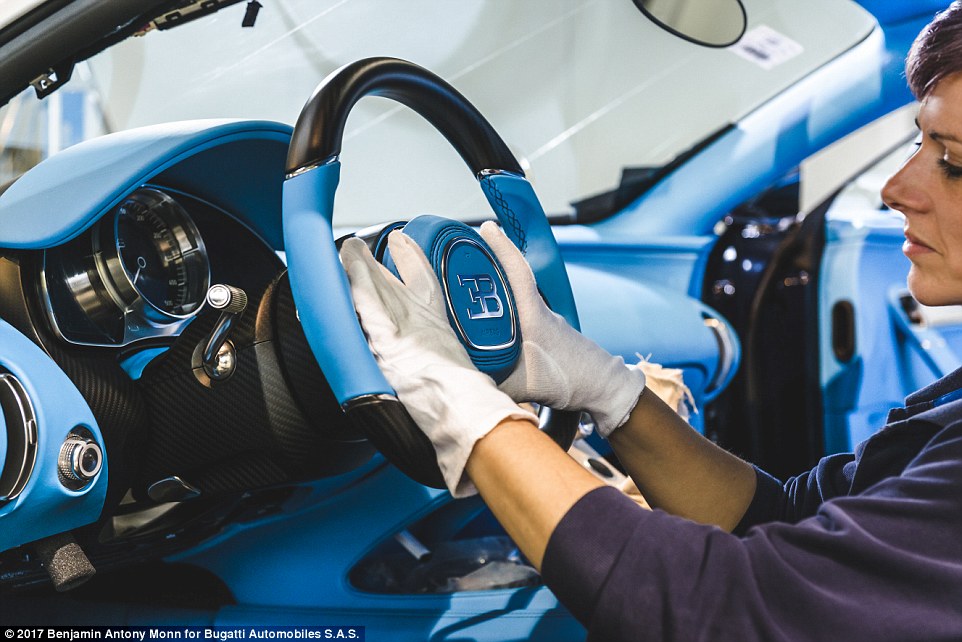 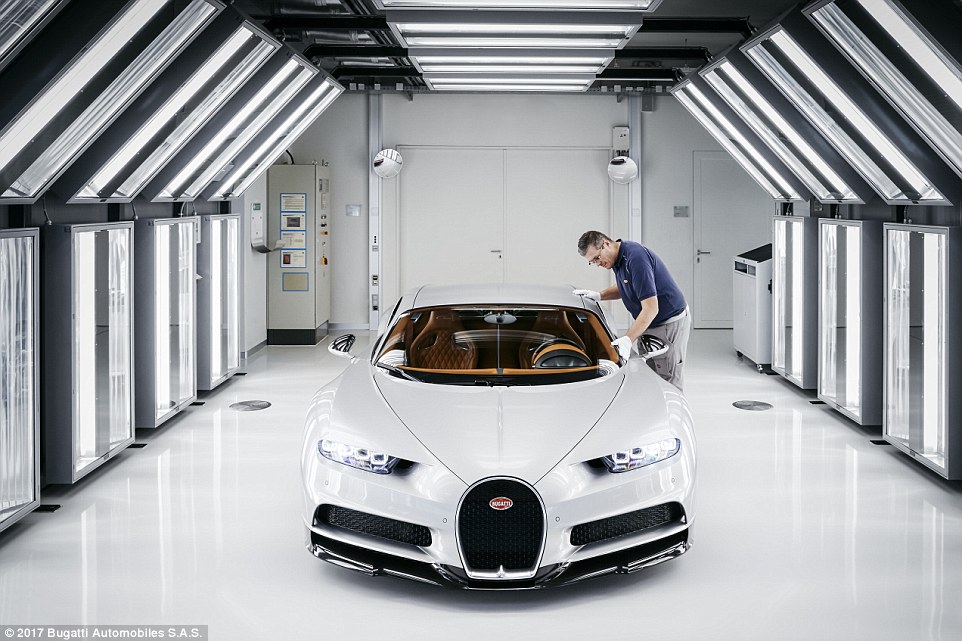 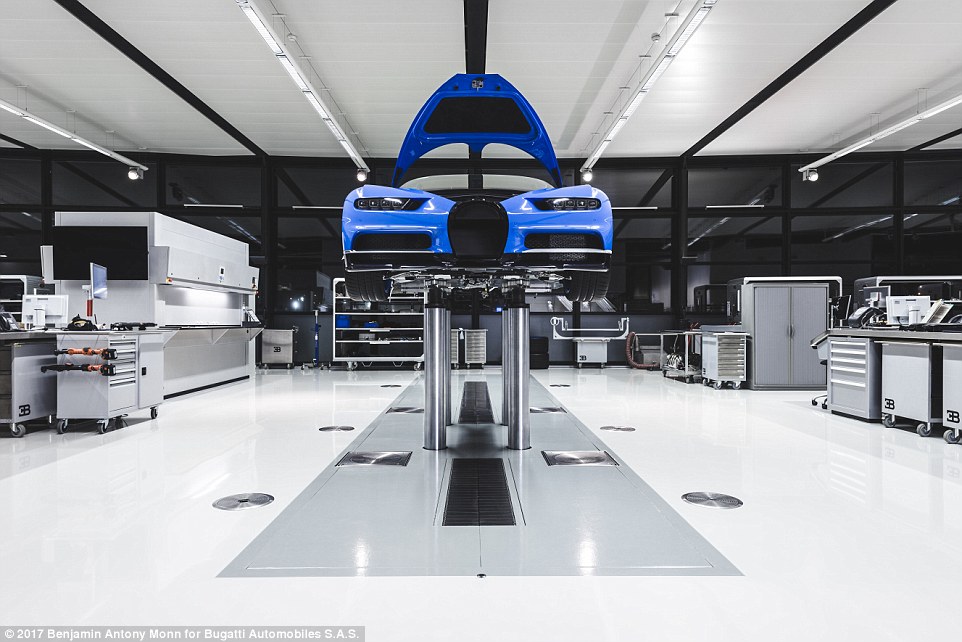 The number of quality checks is incredible. This tool is used to ensure the panel gaps are all precisely the same 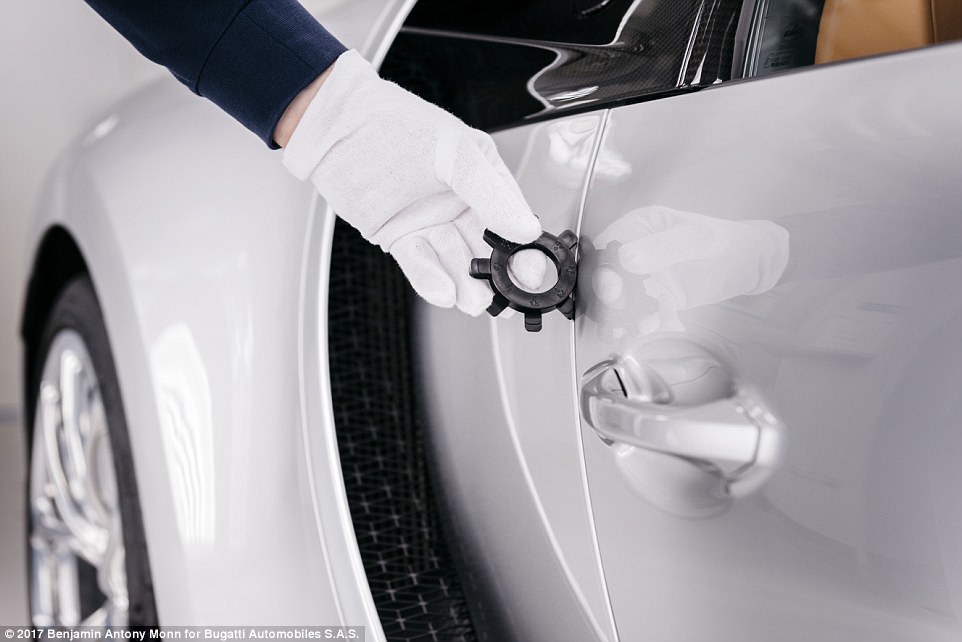 Every Chiron is subject to a rain test that replicates monsoon conditions with varying intensity for 30 minutes to show that there are no leaks. 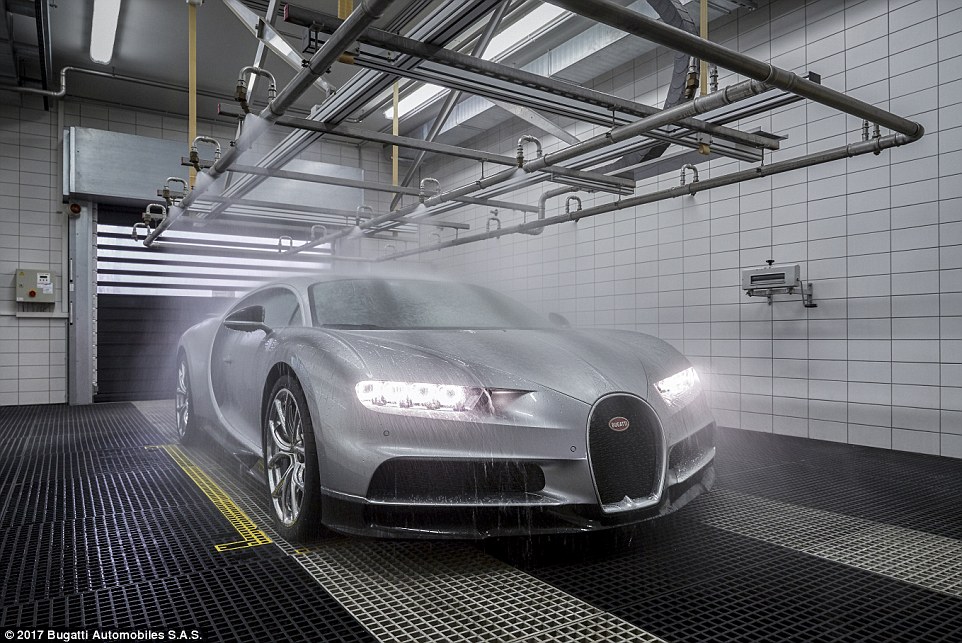 Every Chiron is test driven 300 km (186.4 miles) through the Vosges mountain to the airport in Colmar, where it completes test of functions requiring speeds in excess of 155mph on the runway. 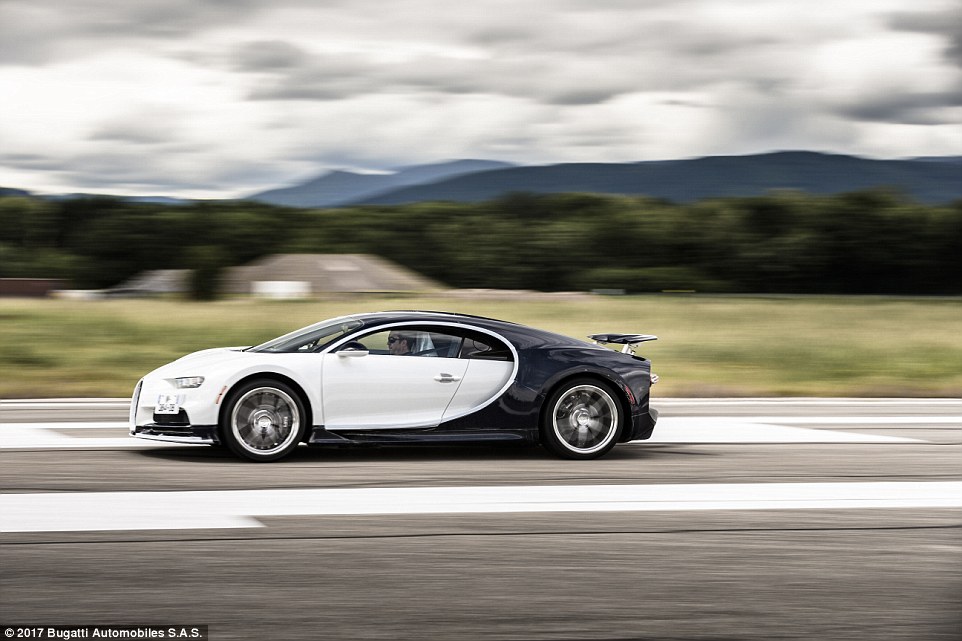 The production facility is located in Molsheim near Strasbourg in the north-east of France at the carmaker’s headquarters. 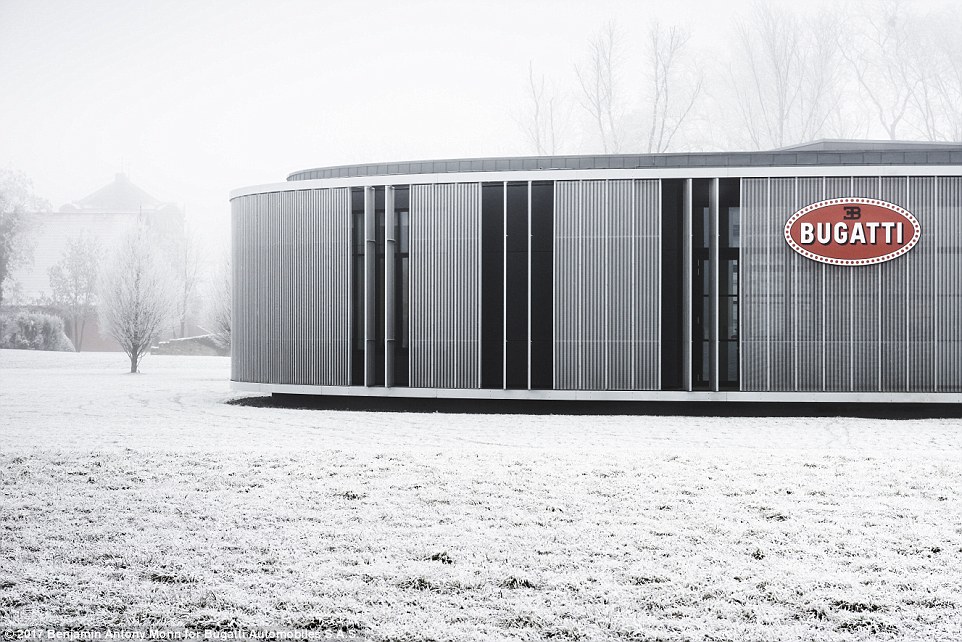