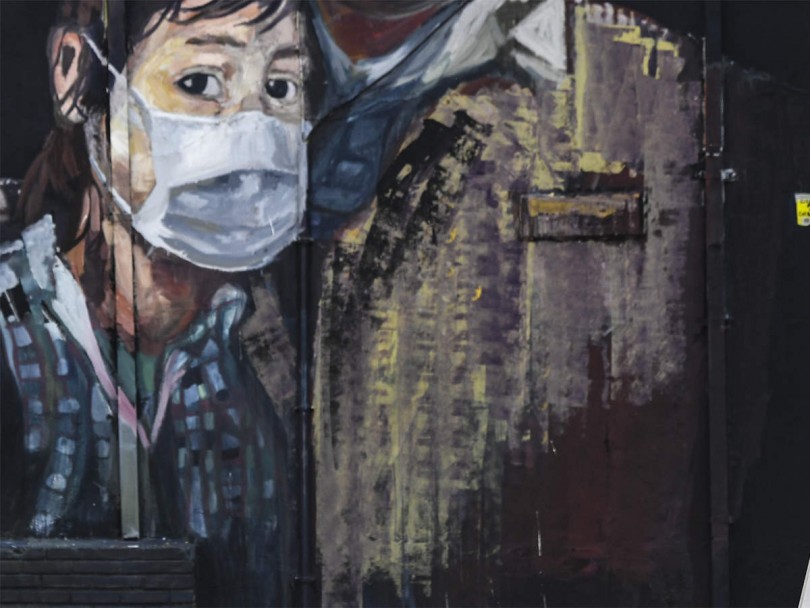 One of the hallmarks of obsessive-compulsive disorder is contamination fears and excessive hand-washing. Years ago, a patient with severe OCD came to my office wearing gloves and a mask and refused to sit on any of the “contaminated” chairs. Now, these same behaviors are accepted and even encouraged to keep everyone healthy.

This new normal in the face of a deadly pandemic has permeated our culture and will continue to influence it. Many stores now prominently post rules mandating face masks and hand sanitizer use and limit the number of customers allowed inside at one time. Walkers and joggers politely cross the street to avoid proximity to each other.

Only a few months ago, this type of behavior would have been considered excessive and certainly not healthy.

So, where do doctors draw the line between vigilance to avoid being infected with the coronavirus and obsessive-compulsive disorder that can be harmful?

This is an important question that I, a psychiatrist, and my co-author, a wellness and parenting coach, often hear.

Since the start of the pandemic, it has become more challenging to assess behaviors that were once considered excessive. Many behaviors previously considered pathological are now considered essential to protect human health and are applauded as adaptive and resourceful.

Before COVID-19, concerns about compulsive use of the internet or internet addiction, characterized by overuse and overdependence on digital devices, were growing.

During the pandemic, however, society has quickly adapted online opportunities. Whenever possible, people are working from home, attending school online and socializing through online book clubs. Even certain health care needs are increasingly being met remotely through telehealth and telemedicine.

Overnight, digital connections have become commonplace, with many of us feeling fortunate to have this access. Similar to contamination fears, some digital behaviors that were once questioned have become adaptive behaviors that keep us healthy – but not all of them.

Is It Obsessive-Compulsive Or Protective?

While COVID-19-era behaviors may look like clinical OCD, there are key distinctions between protective behaviors in the face of a clear and present danger like a pandemic and a clinical diagnosis of OCD.

The repetitive, ritualistic thoughts, ideas and behaviors seen in clinical OCD are very time-consuming for people dealing with them, and they significantly interfere with several important areas of the person’s life, including work, school and social interactions.

Some people have obsessive-compulsive traits that are less severe. These traits are often observed in high-achieving people and are not clinically debilitating. Such “keep the eye on the prize” behaviors are recognized in nearly 20% of the population. A talented chef who is very attentive to detail may be referred to as “obsessive-compulsive.” So may a detail-oriented engineer building a bridge or an accountant doing taxes by examining files from many different angles.

The critical difference is that the persistent, repetitive, ritualistic thoughts, ideas and behaviors seen in those suffering from clinical OCD often take over the person’s life.

When most of us check the door once or twice to make sure it is locked or wash our hands or use sanitizer after going to the grocery store or using the restroom, our brains send us the “all clear” signal and tell us it is safe to move on to other things.

A person with OCD never gets the “all clear” signal. It is not uncommon for a person with OCD to spend several hours per day washing their hands to the point their skin becomes cracked and bleeds. Some people with OCD have checking rituals that prevent them from ever leaving their home.

The same principles that apply to compulsive hand-washing behaviors also apply to compulsive use of the internet and electronic devices. Excessive use can interfere with work and school and harm psychological and social functioning. Besides social and familial problems, those behaviors can lead to medical problems, including back and neck pain, obesity and eye strain.

The American Pediatric Association recommends that teenagers spend no more than two hours per day using the internet or electronic devices. Some teenagers with internet addiction are spending as many as 80-100 hours per week on the internet, refusing to do anything else, including their schoolwork, outside activities and interacting with their families. The digital world becomes a black hole that is increasingly difficult for them to escape.

For those who struggle with compulsive use of the internet and social media, the new, increased demands to use digital platforms for work, school, grocery shopping and extracurricular activities can open the black hole even further.

People with pre-pandemic contamination fears, or who previously were unable to regulate their use of technology, find trigger situations that were once avoidable have now become even more ubiquitous.

Keeping The Threat Response In Check

As new behavioral norms evolve due to the changing social conditions, the way that certain behaviors are identified and described may also evolve. Expressions such as being “so OCD” or “addicted to the internet” may take on different meanings as frequent hand-washing and online communication become common.

For those of us adapting to our new normal, it is important to recognize that it is healthy to follow new guidelines for social distancing, washing hands and wearing masks, and that it is OK to spend extra time on the internet or other social media with the new limits on personal interactions. However, if internet use or hand-washing becomes uncontrollable or “compulsive,” or if intrusive “obsessive” thoughts about cleanliness and infection become problematic, it’s time to seek help from a mental health professional.