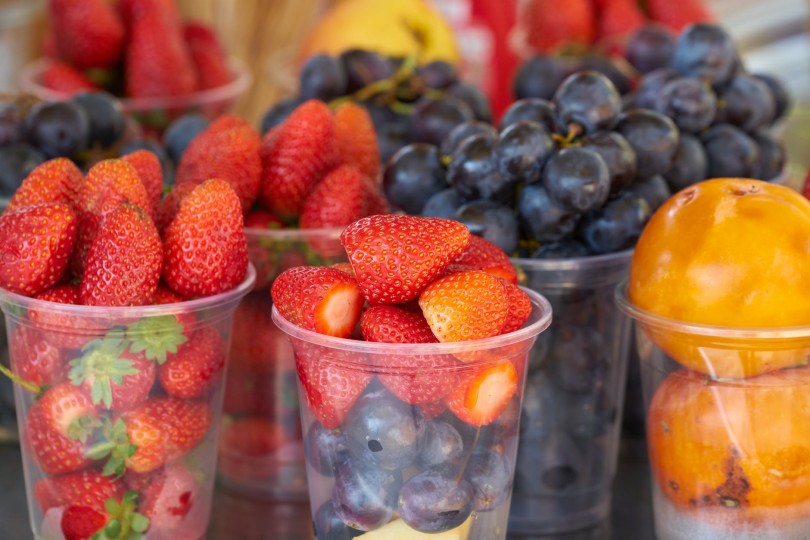 With the holiday season approaching, opportunities abound for food overindulgence and, later, all kinds of resolutions to eat more healthfully.

There are many reasons to think about eating better, but they do not all have to do with weight loss. Your food choices can help reduce stress in your body by reducing the number of free radicals in your cells.

While traditional holiday meals are laden with salt, fat and sugar, many foods we eat regularly, such as sweets and sodas, can also spike blood glucose and insulin levels.

They also, alas, can increase the amount of free radicals, or molecules with unattached electrons, in the body, which can do serious cellular damage.

We hear a lot about antioxidants, and we are encouraged to eat foods that are rich in them. But what exactly are they, and why do we need them? As a researcher who examines cellular damage, I will explain the oxidative process and why it’s important to curb it.

Free radicals – cellular bad guys – are produced during the oxidative process. Antioxidants work to prevent some of the damage.

Our mitochondria, which operate like little factories in our cells, are responsible for burning fuel from food and producing energy in each of our cells via a process called oxidative phosphorylation.

This metabolic pathway is a cellular chain reaction that involves a series of oxidation and reduction reactions in which atoms try to give or receive enough electrons to have a full “shell.”

Most atoms have a matching number of protons and electrons, but this leaves the various “shells” of electrons incomplete, rendering them vulnerable to scavenge the body in search of electrons for pairing.

Normally, when an electron separates from a molecule involved in oxidation and reduction, it reattaches almost immediately to another. But when they don’t, free radicals form.

Under ordinary conditions, this oxidative process creates chemically reactive molecules containing oxygen. This in turn can lead to the production of molecules of free radicals that are unstable in high concentrations.

Not all free radicals are bad. Free radical formation is crucial to the process of oxidizing nutrients from our food into chemical energy.

Free radical accumulation, however, be it atoms, ions or molecules, is harmful and can have severe consequences on our health. These unstable molecules are detrimental to the proper structure and function of cells throughout the body due to their ability to oxidize cells, known as oxidative stress.

Free radicals damage the growth, development and survival of cells in the body. Their reactive nature allows them to engage in unnecessary side reactions causing cellular impairment and eventually injury when they are present in disproportionate amounts.

They directly impair cell membranes and DNA. This leads to cell mutation and causes new cells to grow erroneously, which means free radicals are associated with both development of cancer as well as the progression of aging.

Free radicals are frequently implicated with health problems that are experienced with age, such as hardened arteries, diabetes and even wrinkle formation.

Antioxidant-Rich Foods All Around Us

Overeating further increases free radical production. As we eat more, our mitochondria release more activated oxygen than normal during energy consumption, thus generating higher levels of free radicals. And, risk of oxidative stress is greater when certain types of foods are consumed and the degree of danger can be influenced by the way in which they are prepared or cooked.

You can avoid sources of free radicals by planning ahead and incorporating healthy foods in your everyday life, not just during the holidays but year-round. Keep in mind that free radical content is high in nutrient-poor meals and those deficient of antioxidants.

1. Avoid high glycemic foods, or foods that are rich in refined carbohydrates and sugars. They are more likely to generate free radicals.

2. Limit processed meats such as sausages, bacon and salami. They contain preservatives, which leads to the production of free radicals.

3. Limit red meat. It is particularly more vulnerable to oxidation because of its high iron content.

5. Limit alcohol. Alcoholic drinks not only are high in calories but also can produce free radicals in the body. Try to limit your drinks to one or two per day.

6. Eat foods rich in antioxidants, chemicals that inhibit the oxidation of molecules by neutralizing free radicals, thereby stopping them from causing cellular damage. Antioxidants are found in a variety of plants in the form of vitamins A, C and E, selenium and certain phytonutrients and polyphenols. Cranberries are loaded with them!

7. Look for foods with β-carotene, lycopene and lutein, including broccoli flowers, alfalfa sprouts, Brussels sprouts, carrots, collard greens, corn, mango and tomatoes. These foods can be incorporated into several side dishes such as vegetable medleys, casseroles and salads.

8. Consider fruit for dessert instead of rich pies and cakes. Apples, cantaloupe, cherries, grapefruit, kiwi, papaya, red grapes, blackberries, raspberries and strawberries are delightful on their own or when mixed to create lovely fruit salads.

9. Grab some nuts – always plentiful at the holidays – and other foods rich in vitamin E, such as sweet potatoes.

12. Try herbal therapy – in your food! Many spices can not only enhance the flavor of our food but also reduce oxidative stress. These include ginger, grape seed extract, ginkgo, rosemary and turmeric.

13. Take time for tea. When the evening comes to an end, you can revel in a gentle and soothing cup of warm green tea and be comforted in knowing that the polyphenols in your brew also combat oxidation.