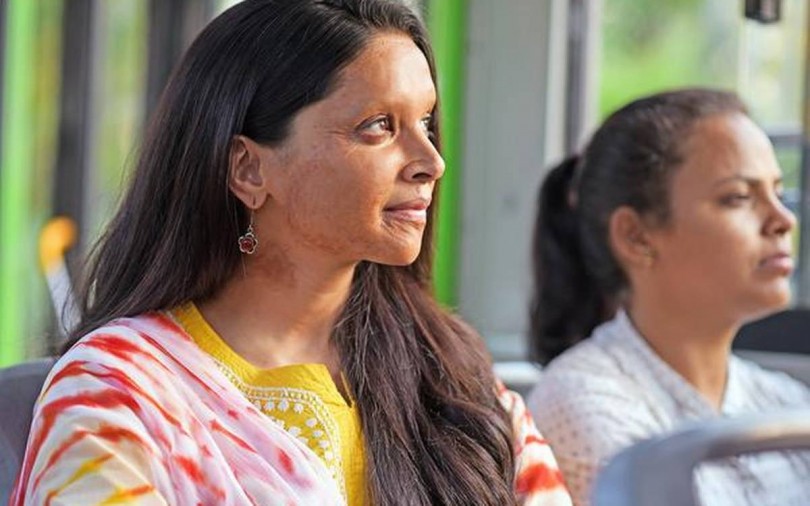 Meghna Gulzar’s film is all heart as it takes on the scourge of acid attacks. Deepika Padukone shows the mastery on her craft as she emerges as Malti.

Based on a real life incident of acid attack violence and a survivor’s (Laxmi Aggarwal) story, the film starring Deepika Padukone as the protagonist leaves an impact though it lacks the shock value that one would expect from watching a film about such a heinous hate crime.

Director Meghna Gulzar, who has earlier helmed Talvar and Raazi, once again treats her story with maturity and doesn’t get carried away.

She understands the nuances of the subject and instead of evoking sympathy, she sends out a stronger message of standing tall and celebrating life even after you’ve faced adversity at its worst.

Chhapaak is a happy-making word, associated with splashy puddles, burbling rain songs: it is so very Gulzar. In using it for her film on an acid attack survivor, Meghna imparts it with a decided sting: I will never be able to hear it in the same way again.

It is that inspiring story that Meghna recreates, with some embellishments, of course, through Deepika Padukone’s Malti. If the star had played it like a vanity project, there would have been no film.

But Chhapaak scores because she comes through with a solid, realised performance. It is not just putting the focus on the ravaged-skin-with a missing ear-and-nostril, but reflecting a mix of pain, anger, resignation, and finally, arriving at some kind of resolution.

Meghna Gulzar’s ‘Chhapaak’ is inspired by the story of real life acid attack survivor, Laxmi Agarwal, who has become a symbol of strength and inspiration for many women.

The film is a fictionalized account with Deepika Padukone playing the central character Malti, who is attacked in broad daylight on the streets of Delhi by a friend of the family, Bashir Khan aka Babbu and his aide.

As the narrative chooses a non-linear route, we first meet Malti when she is on a job hunt – consciously trying to move on from the emotional scars that the heinous crime has left her with. For the physical scars, she has to go through a number of complicated surgeries.

In fact, far from the dreams she nursed of being a singer, her life is now an intersection of her work with an NGO for acid victims, her multiple surgeries and her court cases.

Yet, the film steers away from melodrama or manipulation, and instead gives us a powerful protagonist whose resolve to fight is punctuated with her determined smiles.

Deepika Padukone is the soul of the film, delivering a brilliant, immersive performance. In fact, there are many scenes where her act will move you to tears – like the one where she holds up an earring to her face but realizes now she can’t put it on.

The film Chhapaak is the milestone in the career of Deepika Padukone, which is trying to color the political atmosphere of the country.

Apart from Deepika, Vikrant Massey has made an impression in this film. In the movie Sanju, just like Vicky Kaushal had gathered all the applause, Vikrant has done something similar here. Nobody expected much from them in front of an artist like Deepika, but she is a surprise package of this film.

Meghna Gulzar’s quality as a director is that she has kept the story realistic. The first half of the film is a little dull, but after the intermission, the events catch their pace.