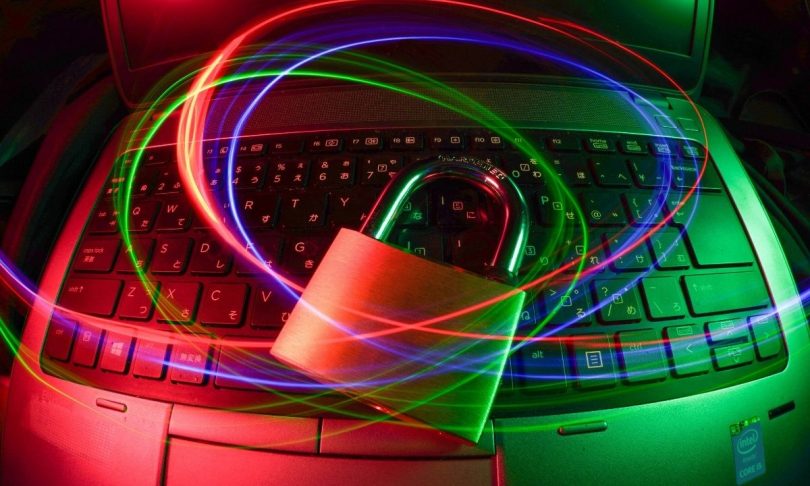 Computers in all their forms are becoming more important for day-to-day activities due to their increasing processing power. The biggest concern though is that these devices are vulnerable to cyber-attacks because they are connected via networks.

Threat detection and intrusion expert Tal Dilian recently gave a presentation in which he outlined the cyber-attack trends that businesses and governments should be aware of in 2022.

Intellexa is best known for its new proactive defense platform, Orion, which allows countries to eliminate virtual and in-person threats before they become attacks.

He explains some ideas relating to GDPR, ransomware attacks, cloud security issues, and business data breaches that people and entities should keep in mind when protecting their information online.
We dig deep to discuss each of these issues below.

But First, Why are Cyber Attacks Even Committed?

According to a 2017 research report by Juniper Research, cybercrime will cost global business an upwards of $8 trillion by 2022. So, what motivates cybercriminals to commit these attacks in the first place? There are a few reasons why cybercriminals might choose to launch an attack:

Financial gain: Cybercriminals can make money by stealing financial information about their target, such as passwords or credit card numbers, which they then use to buy goods sold illegally on the black market. Hackers might also choose to launch cyberattacks against an organization that is due to host an online event and charge people to watch it, with cyber pirates’ receiving a percentage of this cost

The challenge of breaking into networks and systems: Cybercriminals often test their abilities by hacking into systems before trying to break through them for real. So launching cyberattacks proves they have the skills necessary for cybercrime.

Ideological beliefs: Some cybercriminals simply hold strong ideological beliefs, including anti-capitalism or religious fundamentalism. They may see cybercrime as a way to fight back against what they see as corrupt systems or organizations.

To cause economic damage: Cyberattacks can be used to disrupt business operations and harm the target company’s reputation. As a consequence, the company may lose revenue and even go out of business.
Understanding what motivates cyber criminals is essential for protecting your organization from becoming a victim.

The Top Cyber-Attack Trends for 2022 According to Tal Dilian

Since 2001, every year; the financial damage due cybercrime has increased exponentially, hitting $4 billion in 2020 alone. In 2022, cybercriminals will launch more sophisticated cyber-attacks that are harder to detect and easier to perpetrate than ever before. Here are some ideas for businesses and governments regarding 2022 cyber security awareness you should consider:

As cyber-attacks become more sophisticated, laptop manufacturers are starting to include more security features into their products. This is good progress, but it is important that people update the software on their devices as soon as updates become available. Failing to do so only leaves them vulnerable to attacks from cybercriminals who are always looking for new ways to exploit vulnerabilities. Also, ensure that you have a good antivirus and anti-malware program installed on your device and keep these programs up-to-date.

The use of Cloud Computing will Increase Drastically, making it Easier for Hackers to Access Data

Cloud computing has grown in popularity in recent years. This is because it provides businesses and individuals with more ways to access files from anywhere on a range of different devices. According to cyber security intelligence reports, cybercriminals are also taking advantage of services such as Dropbox.

Dilian says that cybercriminals may find ways to exploit cloud computing services in 2022 because it is a way for them to gain access to a huge number of different devices at once. If people want these cyber-attacks to be prevented, they must update their software regularly and install an antivirus program so they can protect themselves against harmful programs such as malware and ransomware. Having strong passwords and backing up files offline are also good ways to prevent cybercriminals from accessing data.

As mentioned earlier, cybercriminals are taking advantage of cloud computing services more and more each year. This is because they can use these platforms to access many devices simultaneously. This poses a huge threat to cloud computing providers, as a data breach could mean losing a lot of important information.

To prevent this from happening, there is a need to have cyber-security measures to protect them from cyber-attacks. These measures should include things such as firewalls, antivirus software, and password protection. It is also important for people to be trained in cyber-security, so they know how to spot cyber-attacks when they happen.

As cyber-attacks become more common, cyber intelligence reports point to a trend of cybercriminals starting to focus their efforts on larger targets such as government institutions and large businesses where a lot of sensitive data is stored. To prevent cyber-attacks, these firms spend a lot of money on cyber security, but with hackers becoming more sophisticated, it becomes harder for these firms to protect themselves.

It is essential that companies have cyber security measures in place that work together at all times in order to ensure maximum protection. This means having an incident response plan in place which details what to do in the event of a cyber threat. This should include procedures for detecting cyber threats, preventing them from causing damage, and minimizing any negative effects that cyber-attacks might have on companies.

Why Does Tal Dilian think it is Important to be Aware of Cyber Attacks?

Cyber threats are becoming more sophisticated as technology advances, which mean that cybercriminals are finding new ways to exploit vulnerabilities to steal data. This can include stealing credit card information, passwords, and other personal information. As businesses and governments become more reliant on technology, they are also becoming more vulnerable to cyber-attacks.

It is important that people are aware of cyber-attacks so they can protect themselves. This includes keeping their software up-to-date, installing antivirus software, and using strong passwords. It is also important for people to be aware of the telltale signs of a cyber-attack so they can report any suspicious activity.

Tal Dilian’s Recommendations About Cyber-Security in 2022

The use of cyber security measures will continue to grow each year as cybercrime becomes increasingly common. It is important for people to make sure their devices are protected against cyber threats by installing antivirus software, updating software when it becomes available, and using strong passwords.

Governments should also focus on educating employees about cyber-security to identify things like phishing attempts used by cybercriminals to gain access to government networks containing sensitive information. Cloud computing providers must have cyber security measures in place that work effectively together because if a data breach occurs, it can cause a lot of damage to the company.