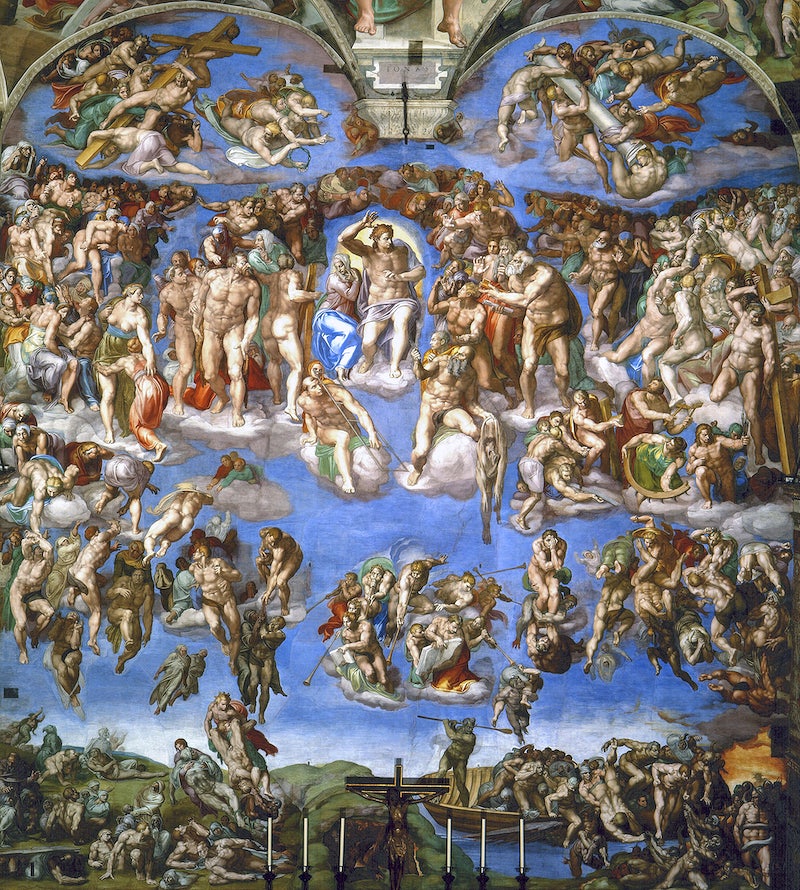 Characters of Greek mythology have been intertwined with our modern culture. When adopted, these Gods give off a certain level of cadence to contemporary visual arts, film, and even video games.

Perhaps it’s the mysticism behind their stories that draw the most interest. However, art lovers will give additional credit to the brilliance of how these Gods have been portrayed within antique Greek mythology paintings.

Nothing embodies more beauty in art than the feminine side of nature, and Greek Goddesses hold this in high esteem. From Venus to Galatea, we present some of the most beautiful Greek Goddess paintings, their significance in Greek culture, and the stories behind these mythology paintings. So let’s get right in.

The Birth Of Venus by Sandro Botticelli, 1480s

Venus is the Roman iteration of the Greek Goddess, Aphrodite, representing the ideas of beauty, love, desire, and fertility. “The Birth of Venus” is the most popular mythical painting of Aphrodite and one that displays the reverence of Aphrodite in Greek mythology.

We see Aphrodite delicately floating across the sea on a seashell as she is blown gently by the God of Winds himself, Zephyrun, who holds with him the gentle breeze, Aura. This “birth” can be seen more as the Goddess being born again.

She had just emerged from the sea foam, born a full-grown woman, and trying to cover herself as a show of modesty. Aphrodite is received by Horae, the Goddess of the Seasons, who stretches out a robe to cover up the Goddess.

Requested by the Medici family, “The Birth Of Venus” is significant as it subtly represents the birth of Rome, given Aphrodite is the mother of Aeneas, the Trojan War hero and ancestor of the Roman people. Moreover, Aeneas’s son, Iulus, is the ancestor of the family of Julius Caesar.

The Triumph Of Galatea by Raphael, 1512

Galatea is the Goddess of calm seas and one of the 50 Nereides, the beautiful sea-nymph daughters of Nereus.

“The Triumph of Galatea” represents a triumph of love, with a story that centers around Galatea and Acis, a peasant Shepherd who was in a loving bond with the Goddess.

Acis was killed with a boulder in a fit of jealous rage by Polymephus, a Cyclops who was also in love with the Goddess. Galatea transformed her dead lover into the Sicilian river, and we see a war on seas that have rather become uncalm.

On a shell-chariot pulled by Dolphins, the Greek Goddess rides to victory. However, we also see Cupids fighting alongside her, and this is also significant. Cupids are agents of romantic love and stand for it in this battle.

The piece is currently displayed at the Villa Farnesina, a building purchased by the Farnese family in 1577, members of which include Pope Paul III and Elisabeth Farnese, an 18th-century queen of Spain. Located in Rome’s Trastevere area, the villa is open to the public today.

Pallas and The Centaur by Sandro Botticelli, 1482

We see her with a Halberd while she holds the hair of the centaur, who looks both submissive and scared. However, the most overbearing interpretations of this painting may be linked to the Medici family, the family ruling over Italy at that time.

Pallas’ dress is decorated with the three-ring insignia, a symbol of the Medici family, and further adorned by laurels which were an allusion to Lorenzo de Medici, one of the most influential members of the family.

With centaurs regarded as barbaric and the Halberd, a ceremonial weapon of royal guards, the Greek Goddess painting illustrates the Medici’s hold on uncivilized parts of Italian renaissance culture.

This is another Greek Goddess painting where the Nereides have significance in a plot that centers around the petty revenge of the gods. Andromeda is the daughter of Cepheus and Cassiopeia, the king and queen of Aethiopia.

When Cassiopeia claims that Andromeda is more beautiful than the sea-nymphs, an infuriated Poseidon, counseled by Hades, the god of the underworld and hidden wealth, sends out Cetus to bring destruction to Aethiopia and kill Andromeda.

We see her stripped naked, tied to a rock, and on the verge of getting devoured by the monster. The beauty here is with Perseus, the son of Zeus and Danaë, the slayer of monsters, and the husband of Andromeda. He descends from the bright skylight to save his damsel in distress from the sea monster.

Pandora Crowned By The Seasons by William Etty, 1823

“Pandora Crowned by the Seasons” features Pandora, the first woman created, Cupid, Venus, and Vulcan, Hephaestus in Greek mythology, and the creator of Pandora.

The mortal woman was created out of clay by Hephaestus after an order from Zeus and received gifts from all the Gods, which is portrayed at the top of the Greek Goddess painting.

Alongside her garland crown, the presentation of gifts and her entire creation was part of a sinister plot to bring destruction to the world of men.

Jupiter gifted her Pandora’s box, a popular item in Greek mythology that housed all the elements of sorrow and restlessness in the world.

After rejection from Prometheus, Pandora wedded his brother, Epimetheus, who unknowingly opened the box to release evil upon the world of humans. Only hope remained in it after this.

From stories of deception to grand illusions of love and beauty, Greek mythological paintings have helped to build a core in our modern story-telling.

Perhaps you may draw some visual inspiration from the Greek renaissance paintings we have shown here as an artist or take a plot from the intriguing stories behind these paintings as a writer.